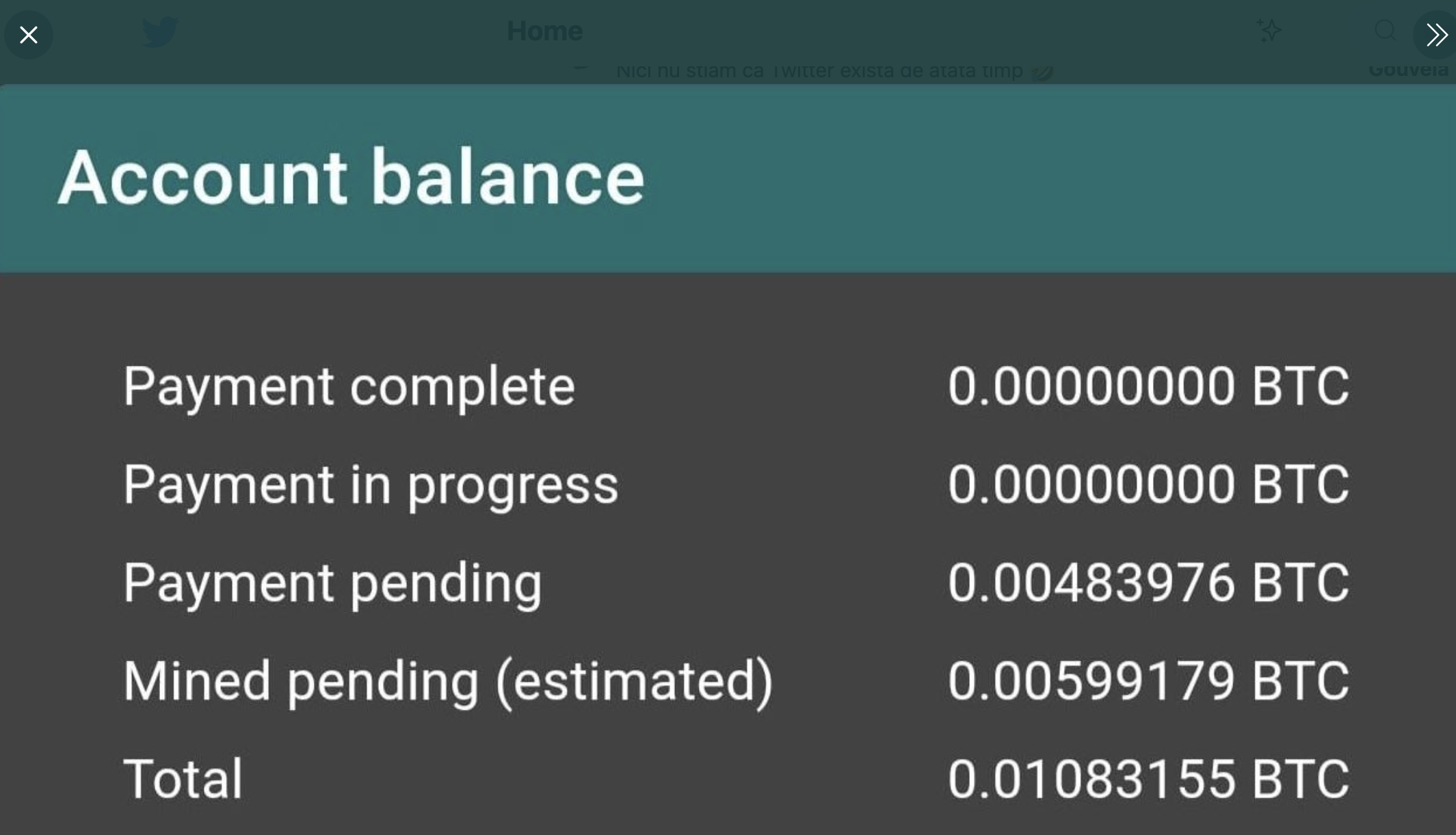 The screenshot above is from El Salvador's President, Nayib Buhkele Twitter timeline. If you're curious enough to click the link, you'll see that they are still testing their facilities, but nevertheless, this is the first payment they received.

Why is it important?

Well, first of all, the mining facility is built on top of volcano energy. The hashtag used to designate this operation on twitter is #volcanode. Previously, El Salvador President announced they are planning to use 100% green energy to mine Bitcoin, but, as with the legal tender thing, nobody seemed to care. Until it's actually happening.

Second, this is the first time (to my knowledge) that a sovereign country publicly admits it mines Bitcoin. I mean, I would expect places like North Korea (or Iran, Russia) to do this more or less undercover, as a hedge against sanctions, but I don't remember any of these countries bragging about it.

From a technical perspective, it looks like they are using a mining pool, have no idea which one, but it would be interesting to find out.

All in all, good times.

If all mining were done with 'green' energy it would make BTC more acceptable, but then you have old coal power stations being used. There are alternatives to proof of work that are more sustainable. All that power being used by Bitcoin could be used for other things.

It's still interesting that a country is doing this. I wonder if they will see an increase in 'dark economy' transactions using crypto to avoid tax and other monitoring.

Very interesting perspectives! Thank you for sharing them! :)

I love this guy

Yes I assumed it was pool by how little they earned 😉

It would be interesting to know how they secure their reserve. Is there an equivalent of fort knox for bitcoin in el salvador?

That's a very good question. I remember seeing some inquiries on social media about who owns the keys to El Salvador's Bitcoin. At the very basic level we should talk about a multisig wallet, with at least 3 signatures.

This is very interesting for El Salvador, well, for their establishment at least. It isn't very exciting for a lot of poor people there who lack technology and are very circumspect with respect to cryptocurrency technology in general.

On another note, with all due respect, I can hardly see how North Korea would be doing Bitcoin mining, even undercover. I cannot imagine it... but reality trumps imagination big time. As for Russia and Iran, well, they must definitely mine some bitcoin undercover for certain!

P.S.: Green mining is the only responsible and healthy way to go! Keep up the good work, as usual! :)

We're probably looking at Elsalvador making ways towards being economic power house in the near future.
That's not letting the crypto opportunity slip by! Thats strange how they are accepting btc and mining.
According to my knowledge IRAN is the fifth country that mines BTC.

So interesting to see things predicted long ago in Bitcoin game theory actually playing out. I wonder which one will be next.

It is also a good sign for bitcoin, as mining is important part for coin stablished and transaction, El Salvador is now enter a very crucial point after ending btc legal tender.

El Salvador has challenge many countries by regularise crypto currency.
It will stablize their economy and attract investor in their country.
There's a great opportunity in Crypto currency when you are using it.