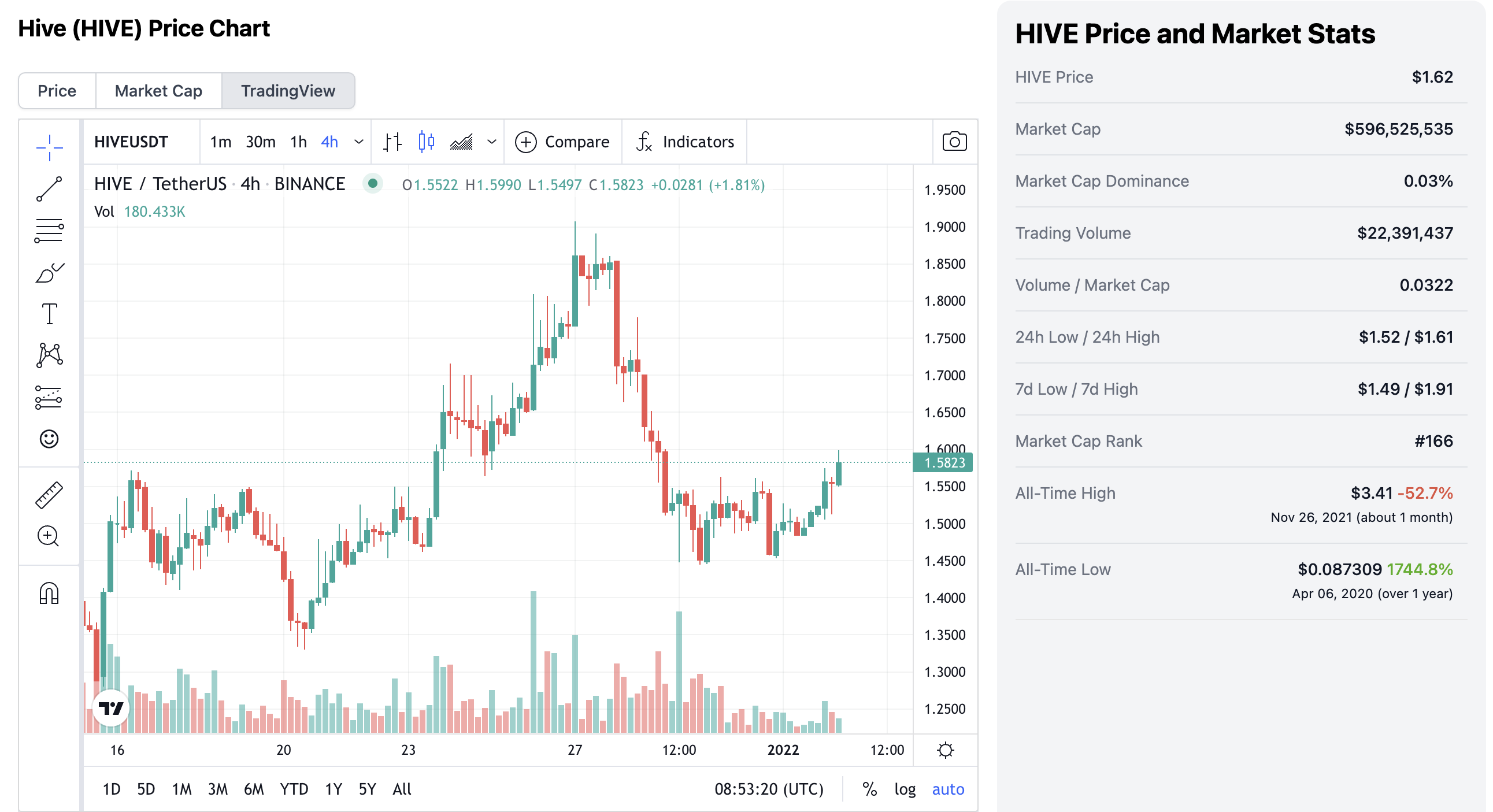 In the 2nd day of the year, HIVE made a decent jump. It trades now at $1.58, or about 3400 satoshi. It's not something spectacular, if we remember that less than a week ago it was trading above $1.8.

But given the context, I think it's relevant, and here's why:

They say "buy the rumor, sell the news", so we're still at the "rumor" stage, which means there might be a correction after the snapshot and Ragnarok launch.

All in all, an interesting development.

Obviously, this is not even remotely financial advice, just my two cents about stuff. If you invest, DYOR and never put up more than you can lose.

Price is not a matter of concern for me now. As I am in here looking for a longer term :)

Obviously 2022 is already turning out to be a year for Hive. I sense more people will still buy for the snapshot purposes which will push the price up

There tends to be a little pump right after the first which is a bit weird as HPUD doesn't seem to cause one.

Being distracted with other things, I keep hearing about the 3-speak and Ragnarok launches. These passive rewards for staking all my rewards keep coming in!

I will have to search a bit to get the details.

It's a good start to the year. We need a good buzz about Hive!

It is indeed, let's see how this unfolds.