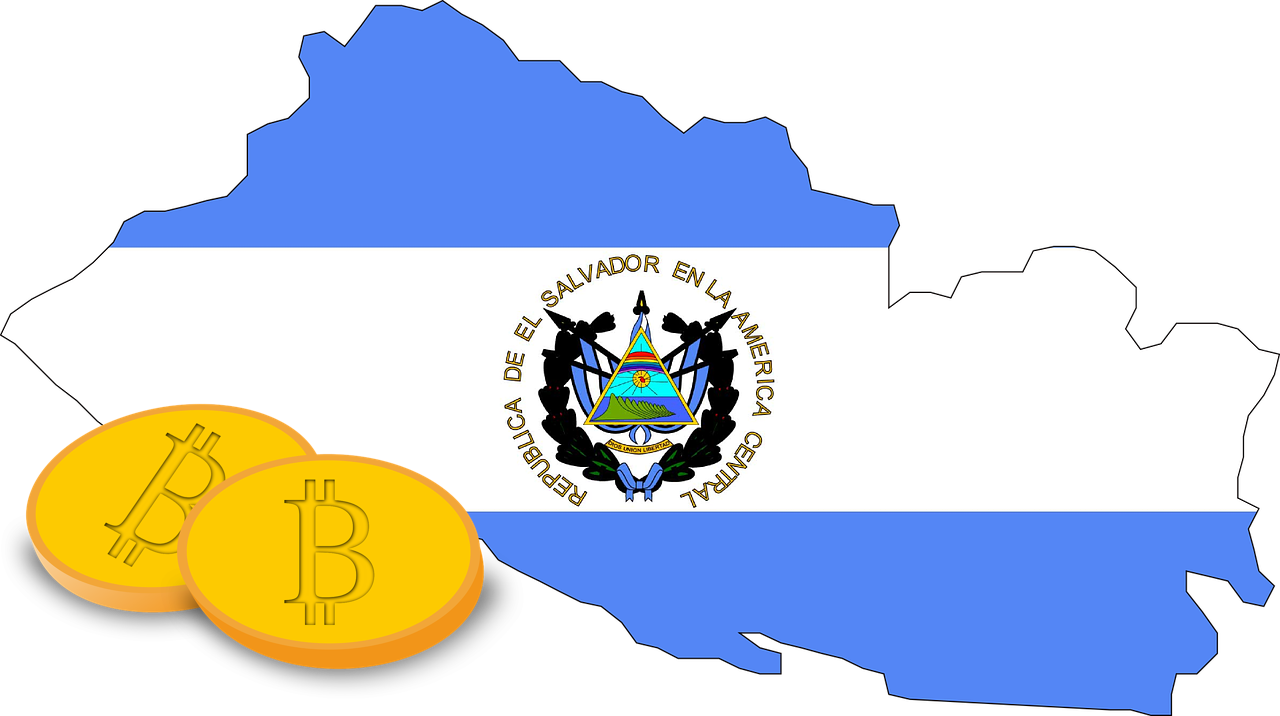 According to this news, published around an hour ago, IMF, The International Monetary Fund, urged El Salvador to remove Bitcoin's legal status. What's surprising is how much time they needed to react, not the reaction itself, or its direction. What would you expect from IMF? To sing and praise the country which basically annihilated it as a monetary fund?

I would say now this is a strong signal the war is out in the open. Make no mistake, this is not a "recommendation", in the sense that we, plebs, have for the term. It's a signal. It's a move. It's a clear position, which creates polarization. Now there's IMF, one one side, and El Salvador, on the other. We don't have agreement anymore in the world. One entity is sending a subpoena to the other one, calling it out.

I think it took so much time for the IMF because they didn't actually believe El Salvador will pull it off. And they have all the reasons to think like this: it was a massive operation (and it still unfolds as we speak). It required enormous amounts of energy spent, multiple parties involved (it would be naive to think El Salvador did it all by itself), and there were huge structures put in motion. IMF didn't believe they - whoever "they" might be in their books - will have these resources.

And yet, here we are. IMF was put in the unpleasant position to react. A position they don't like. They usually like to be invited, as a last resource, as the saviors, as they guys who, magnanimously, and luckily for you, are there with the money just when you need it. Of course, it will cost you all the life you still may have in you, but that's another discussion, we don't talk about that. We talk about the money: we have it, and you need it.

Well, it just happened that somebody, suddenly, doesn't want their money anymore.

How bizarre. How dare they? What should we do?

That's the most important question, as a matter of fact: what would IMF should do?

I think they are in a very bad position now, and its position is weakening every day El Salvador survives. If this country can prove a decentralized currency can be used as legal tender, this would be the back door which will end the current financial system. IMF is the most basic tool of this system, is the grease that oils the joints, so to speak. If there will be some other type of facilitator of international exchange of value, at the sovereign countries level, IMF will suddenly have competition. And nobody likes competition, especially after almost 70 years of hegemony (IMF was founded in 1944, if you didn't know).

I think they are prepared to do whatever they can to stop this development. There were many voices that said the recent Bitcoin dump was so massive, and so concerted, that only nation-size actors could have triggered it. And that this action was specifically targeted at El Salvador, to prove that Bitcoin isn't usable as legal tender, because it's so volatile, and people are losing money, and Nayb Bukele is a dictator who don't care about his people, bla-bla, the old narrative we hear every time a dollarized country wants to step away from the dollar itself.

I don't know if this is true.

But it's certainly plausible.

If it is very new news, then I think the IMF just admitted that even with the volitility of BTC, El Salvador has not been hurt by the recent drop in price of BTC, so next step will be IMF trying to devalue the fiat currency of El Salvador, which would just increase the BTC adoption rate.

All fun to speculate on what is happening and what will happen, and how it will all play out. I hope it all works in the favor of El Salvador.

We need the El Slavador 1 billion USD BTC Bond to go through so they can pay off the 800 million USD IMF Loan that is due in 2025.

Then the IMF will have no influence on them.

I don't think the IMF allows governments to pay off loans, if they did that how would they confiscate business and buildings and infrastructure from them.

Was about time... bastards

Maybe they actually believed their own propaganda and were expecting the Salvadorian economy to crash with the status. Now they're sorely disappointed, and need to do the dirty work themselves

The more the IMF is concerned, the better sign we have that the BTC is the big change that the financial world desperately needed. Let them be very concerned, because BTC is here to stay. I hope that more countries are following El Salvador, and that real pressure builds-up over the traditional FIAT money.