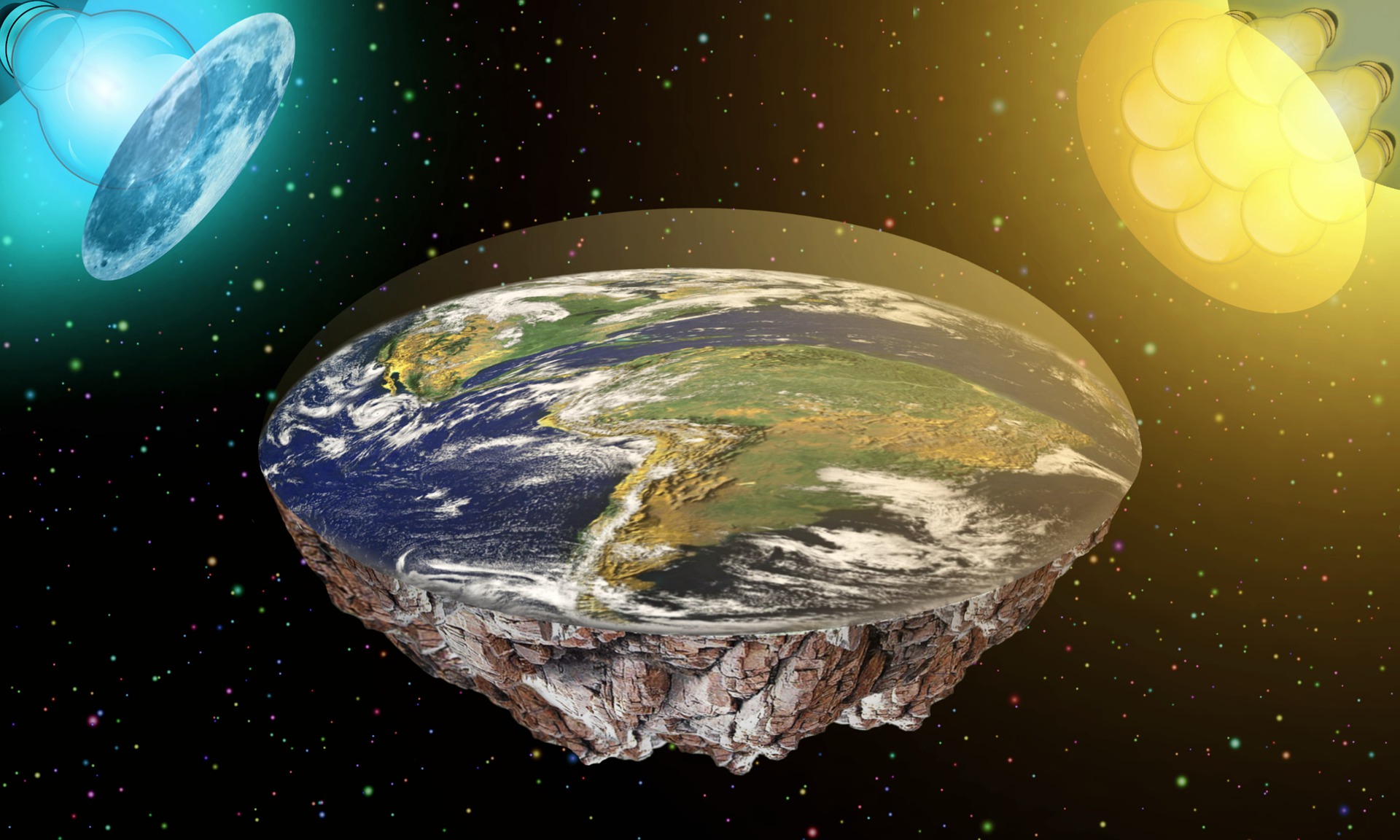 Hate to break it to you, but the Earth IS flat. Now, I’ve said it.

Hate to break it to you even more, but the Earth is round too.

How come, you asked? It’s either flat, or round, make up your mind, Dragos!

It All Depends On The Context

It all depends on how far out you zoom from your current point of view.

If all you can zoom out is just a few dozens of kilometers, the Earth is indeed flat, no question about that. I would say even if you zoom out for a few hundreds of kilometers, like being on top of a really big mountain, the Earth will still be flat.

But should you ascend to 40-50km, something will change: you will start seeing the edges curbing down. The Earth will suddenly cease being flat and it will become round.

Every truth is bound by its context. There is no absolute truth, just the most “adapted to the current context” truth.

For millennia, Earth was ok being flat, sitting on top of a huge tortoise. For that context, it was ok. It didn’t actually create any problems. Even the broader context, like the sun, the moon, the stars, all was decently predictable. Stars and planets ephemeris calculated thousands of years ago are still accurate today. Back then, I remind you, the Earth was flat, planets and stars were gods and we didn’t invent flying yet. In that context, Earth flatness or roundness was simply insignificant.

But things changed. We were able to zoom out more. We were able to enlarge our points of view. We learned that it’s not the Sun circling around the Earth, but the other way around. We learned that if we keep sailing West, eventually we will appear back to the same place, this time coming from East. Suddenly, our predictability of the world was challenged by the assumption that the Earth is flat. It just didn’t click anymore. We needed a different truth. So, we eventually learned that in the new context, with the new information that we acquired, reality was different.

In the initial, minimal context, Earth continues to be flat, that truth is still holding on, but in the broader, enlarged context, Earth can’t be anything more than round.

It’s just truth that we can infer with the information we have. Accepting this will generate a few surprising consequences:

So, be prepared to be outsmarted. It will happen, eventually.

Image by ParallelVision from Pixabay

Expanding your view makes a world of difference. Many ancient cultures worked out the Earth could not be flat, e.g. by sailing long distances. They even measured how big it was. The modern 'flat Earth' thing seems to be a mix of contrariness and belief in grand conspiracies. It is not made clear who stands to gain from a 'ball Earth'. Maybe the globe makers are behind it. Some of the 'flatties' cannot seem to conceive of how gravity might work, but they are happy enough to use electronics based on quantum effects and medicines based on genetic research. Some of their 'proofs' are just laughable. I should really give up debating with them.

Have you voted for Pizza teams Hive witness (pizza.witness)? (3/10)

How about the theory according to which the Earth is actually placed on various layers of turtles? I wonder whether some people still believe in it, heh. :D

Yeah, I was mentioning that too. It's a question of how well you know your context. For our current knowledge, the turtles theories is unsustainable. But I reckon many of the things we take for granted now will be proved unsustainable as we gain more knowledge of the context.

The earth is very very small as it ends behind my horizon. And the moon is tiny, just look at it!

The one on top of a tortoise was not earth, though. 😁

For us, obviously, because we know better. But for them I guess it was :)

To quote a very popular modern philosopher, entrepreneur and cryptomancer: "In hindsight, it was inevitable".

But we don't always have the luxury of hindsight.

I already knew the "there's no absolute truth part," but giving Flat Earth as the example is really cool!

@dragosroua! I sent you a slice of $PIZZA on behalf of @ahmadmanga.

Did you know PIZZA has a very active community Discord? (1/10)

There are few peoples who still believe in that earth is flat, but they are failed to explain about deepth of subjects and deny earth is round. Knowledge, truth and trust are define very well.

@sheikh27, you've been given LUV from @kushtia.