The Rise Of Continuous Conflict Age 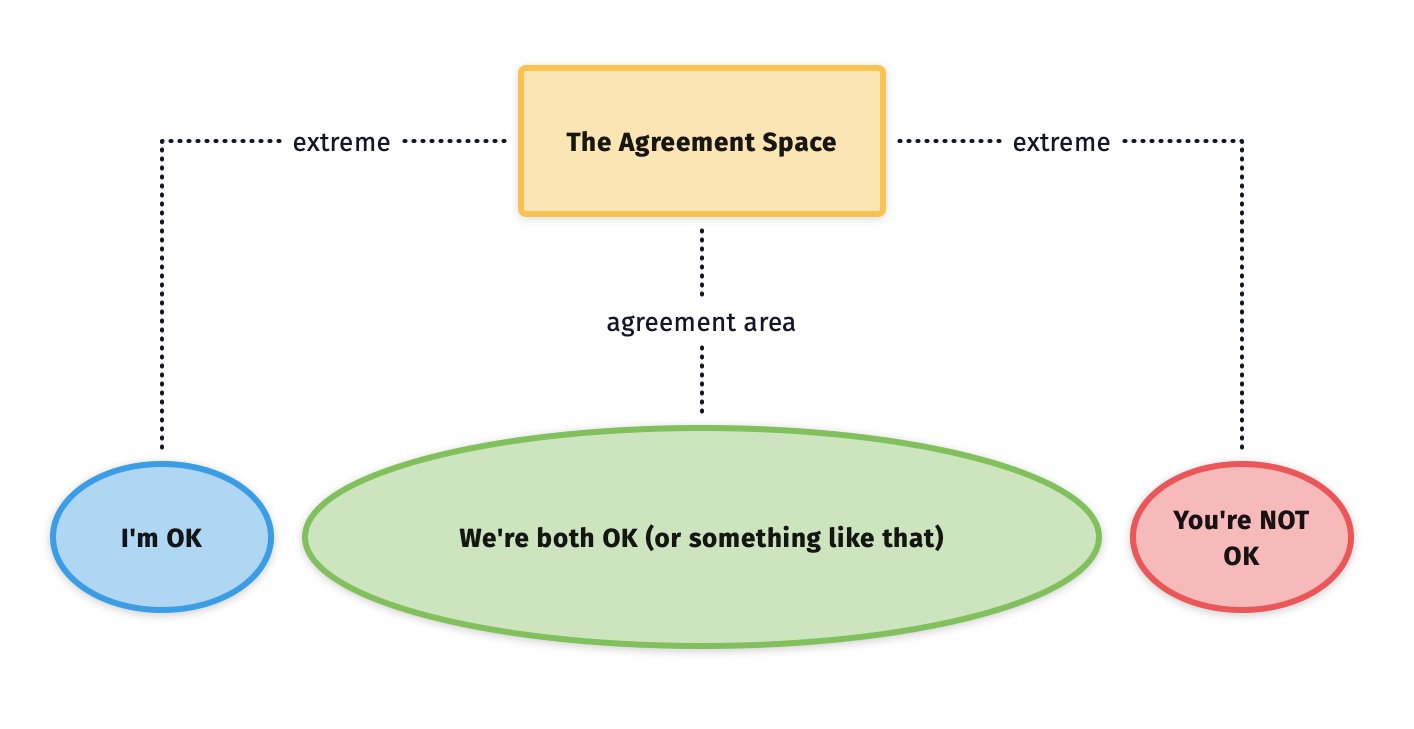 “Anti-vaxxers” versus “science believers”. Oppressed people versus eternal oppressors. Left versus right. Everything and anything these days looks like a continuous conflict. Somehow, we ended up in a tiring, toxic and seemingly perpetual conflict age.

Communication slipped from transmitting information across various mediums to becoming a vector of power. I don’t communicate to transmit information now, I communicate with the aim of eliciting a reaction, or imposing a certain type of outcome from you. Conversation partners turned into fighters, we’re not even talking these days, it’s literally a continuous war waged by anybody against everybody.

Our discussions don’t end in an agreement anymore, they must translate into instant submission from the other part into whatever I claim is the right thing to do.

Well, I don’t pretend to know the answer, and that’s because there are most likely way more than one. But I can try my perspective.

The Path To Extremes

I think that somewhere between commoditization of attention and the rise of social media, when “everybody got a voice”, some fuses exploded. They exploded silently, though, just re-routing energy into channels they never did before.

Commoditization of attention means that everything you do in the information space has a certain value, and there are people out there willing to bid enormous amounts of money to get it. Hence, your attention is incentivized, you are subtly pushed to give more and more of it, to interact more, so you can generate more revenue for people harvesting your data and online discourse. Hence, an endless conversation space.

“Everybody getting a voice” means our traditional ethics have been superseded by the need to assert at all costs: I have something to say, therefore I must be right. There is no common reference system, it’s just my word against your word, because, well, I got a voice. Even more, just the fact that I’m upset about something makes me automatically right.

Those two tendencies, amplified continuously by greed and ego, ended up in this continuous conflict space. 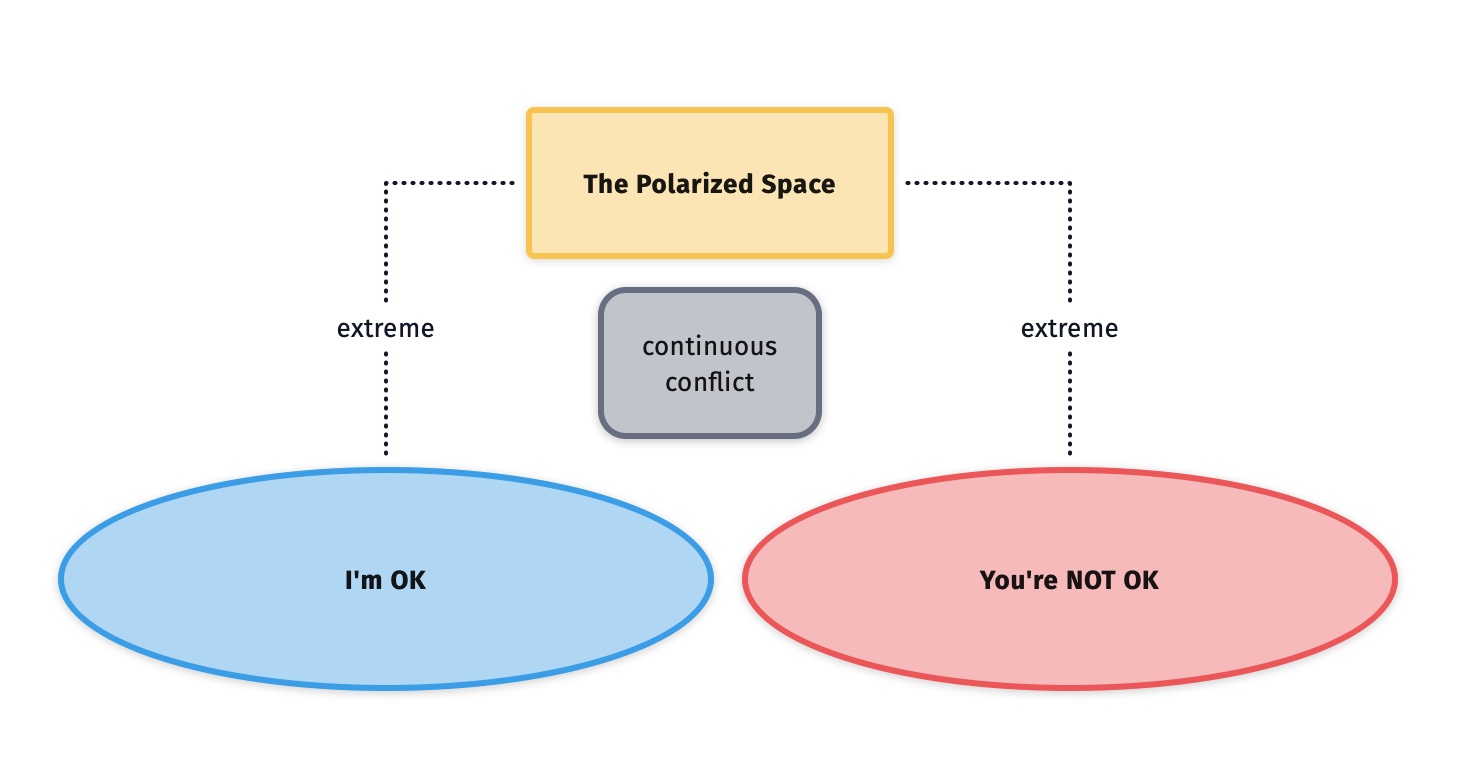 Before that, though, there was a time where we did agree with each other. The space that is now filled with continuous conflict was once filled with agreement. There were extremes back then too, but they were quantitatively smaller, and energetically feebler. As opposed to now, when we have only extremes.

The disappearance of the green space in between is probably the biggest societal loss in the last two decades.

We’re not able to accept other points of view without feeling like we’re surrendering our life to the other one. And, truth to be told, in this age of conflict, accepting other points of view actually means following up, not merely agreeing conceptually. It means giving up your freedoms to the other group, it means giving up your income because the other part believes we should go into lockdown, it means stop traveling because the other part imposes that you prove medical procedures (which, ironically, don’t have a significant impact on other people health).

Agreement is not conceptual anymore, it must be factual. What we say, other must do. What we disagree with, we must lose it in real life, not only in conversations.

Inside that green space, growth and evolution can happen organically.

Outside that green space there are only extremes. It’s just fighting. It’s a continuous war, us versus them, my rights over your rights, obey or disappear.

From inside the green space we can act together, cooperate, build common structures and innovate. Who knows, maybe even thrive.

Outside that green space, the continuous conflict we’re surrendering to will have only one result: extinction. And that’s because conflict needs winners, so, obviously, some of us will have to literally disappear. But because this conflict age is continuous also, incessantly fueled by greed and ego, the extremes will keep churning themselves, until there’s no one left.

Wholeheartedly agree. And the more you practice this, the better it gets.

I deeply agree with both! This is something I should practice more often as well! :)