ecoinstats (67)in LeoFinance • 2 months ago

After DSWAP was announced, BEE couldn't be had for any discount for a good long while, as can be seen on the following chart. September was pretty much a big ol' nothing as far as trading was concerned for BEE, as users who wanted to experience the features of DSWAP bought and staked BEE to get a glimpse at what the features were.

At this point, the fund sold off all the BEE that was being flipped for a potential TRIBE related project. Perhaps out of sheer bordem, and the fact that our 'low BEE buy' orders were about to expire, it was decided in the meantime to have those funds invested in BRO token, and spun off onto the @ecosaint account.

Go there to learn more about the EDENBUXX tribe and its future.

But for those of us still in the BEE game, we are seeing a familiar pattern re-emerging. The cycles repeat, and we can remember the important thing in markets, to buy low and sell high. 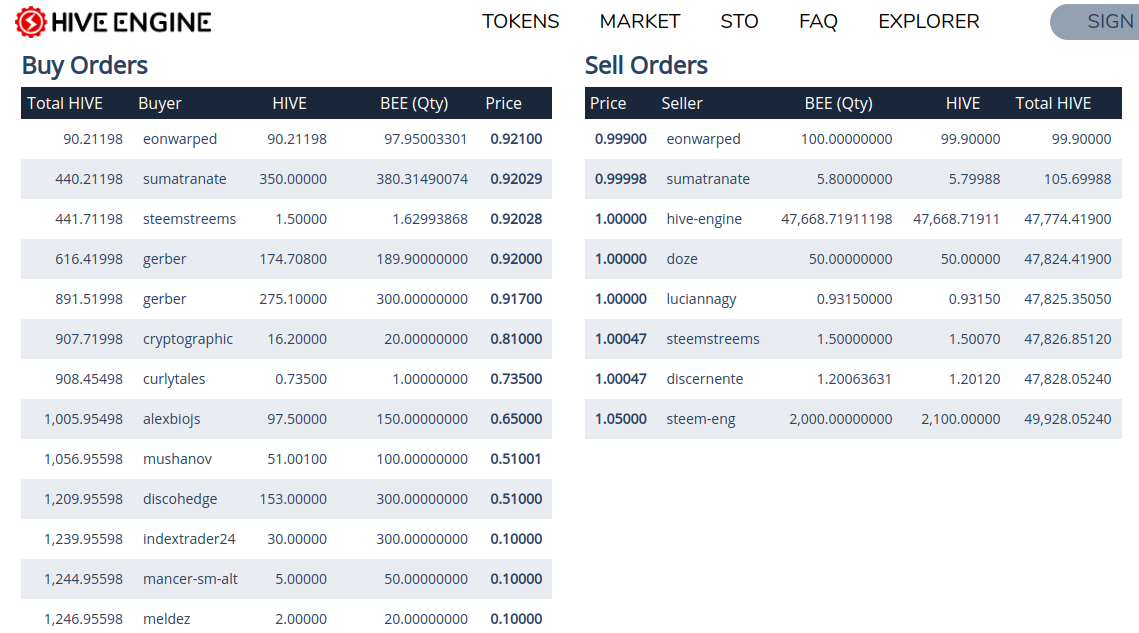 And while we have eonwarped and sumatranate bots working, as well as gerber, one of the largest users of BEE through his h-e protocol NFT game DCITY.io, sniping BEE in the low 90s, there really isn't too much below that as we write.

This was the idea behind Flipping Our Way to a Tribe anyway, the price of BEE gets cheap and sometimes gets expensive, just like ENG before it.

As we mentioned in that article from May, there are some big holders of BEE, those responsible for developing it, and when they sell they sell it big (often when hive pumps). 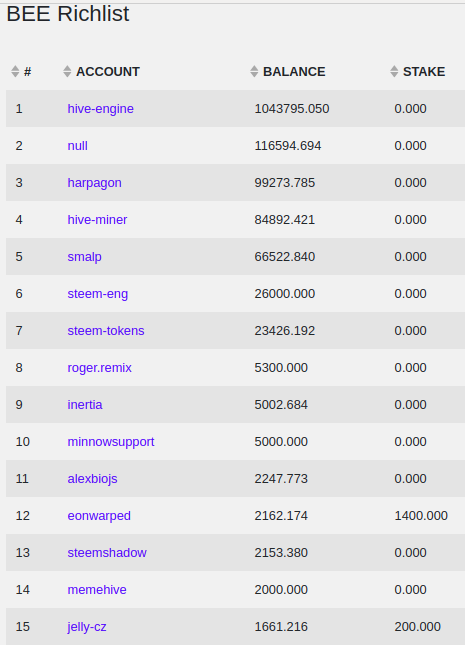 There is just a lot of BEE out there, which is why it get's into the 40s sometimes (though rarely). When people get to dumping, the puny buys can't hold up.

Find the right price for BEE, and you might just be able to buy the dip!

We considered not posting and just watching the market, but what fun is that? Plus, we could make that argument about nearly every one of our posts, and then never post, and our posts have been being rewarded handsomely in LEO.

We have been buying the dip on LEO as well. Buy Low, and Sell High.

Thank you @ecoinstats, for using the CO2 Compensation Coin (COCO) to reduce your CO2 footprint.