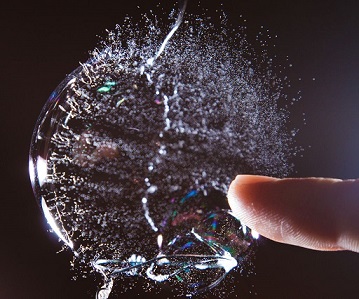 During these times at the end of the year BTC spiked up x10-x20 in under 12 months, followed by a brutal year-long bear market. We assume this is happening again right now in 2021.

The obvious rational for these mega-bubbles is clear: they happen due to Bitcoin cutting the block reward in half around every 4 years (210,000 blocks), effectively cutting total inflation in half, thus causing a supply shock to the markets 12-18 months later. 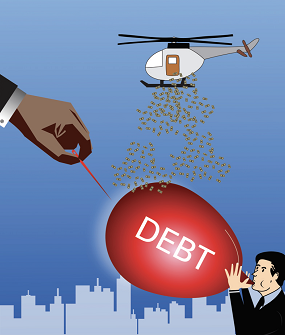 Stability is better than mega-bubbles.

Sure, mega-bubbles are a swing-trader's best friend. We have the opportunity to sell at the peak and even short the market on the way down to make massive gains before buying back in. However, this is a zero-sum game tactic, and for every one person that gets filthy rich, a wake behind them is left where dozens of newbies got wrecked. This is bad for retention and it's bad for Bitcoin's reputation in general. It would be much better if Bitcoin was simply making consistent gains every year without much risk involved. This would automatically queue mainstream adoption and shut the naysayers up real quick.

I think it's not only possible, but guaranteed to happen in as little as eight or nine years. I came to realize this just the other day as I was randomly inspecting a Bitcoin block explorer.

What did I notice?

Something that I hadn't taken into consideration before: it won't be long before mining fees overtake the block reward. Scanning through a few recent blocks I saw something that shocked an astounded me: 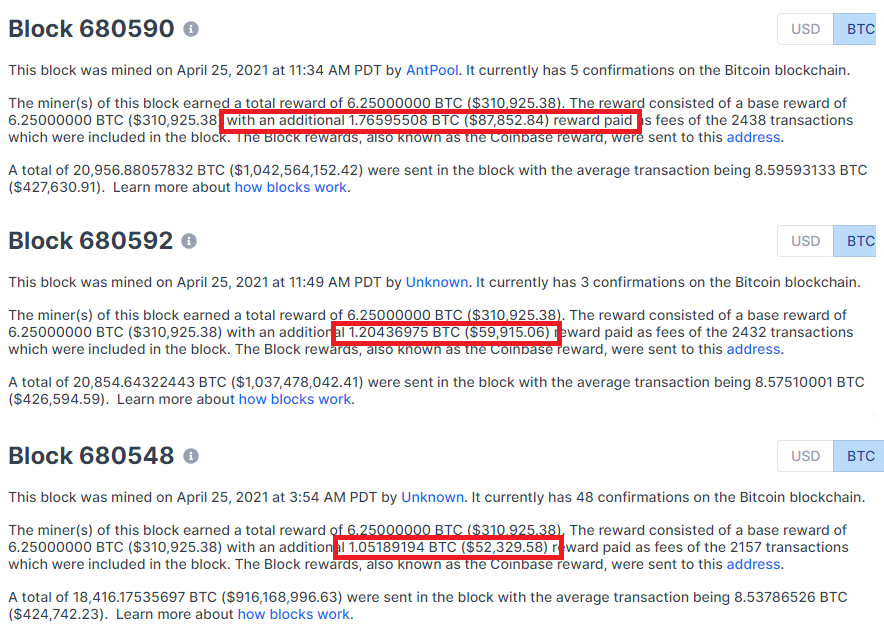 Bitcoin miners are raking in over a full Bitcoin just for transaction fees on some of the more recent blocks. That's legendary. Let's compare that to other blocks. 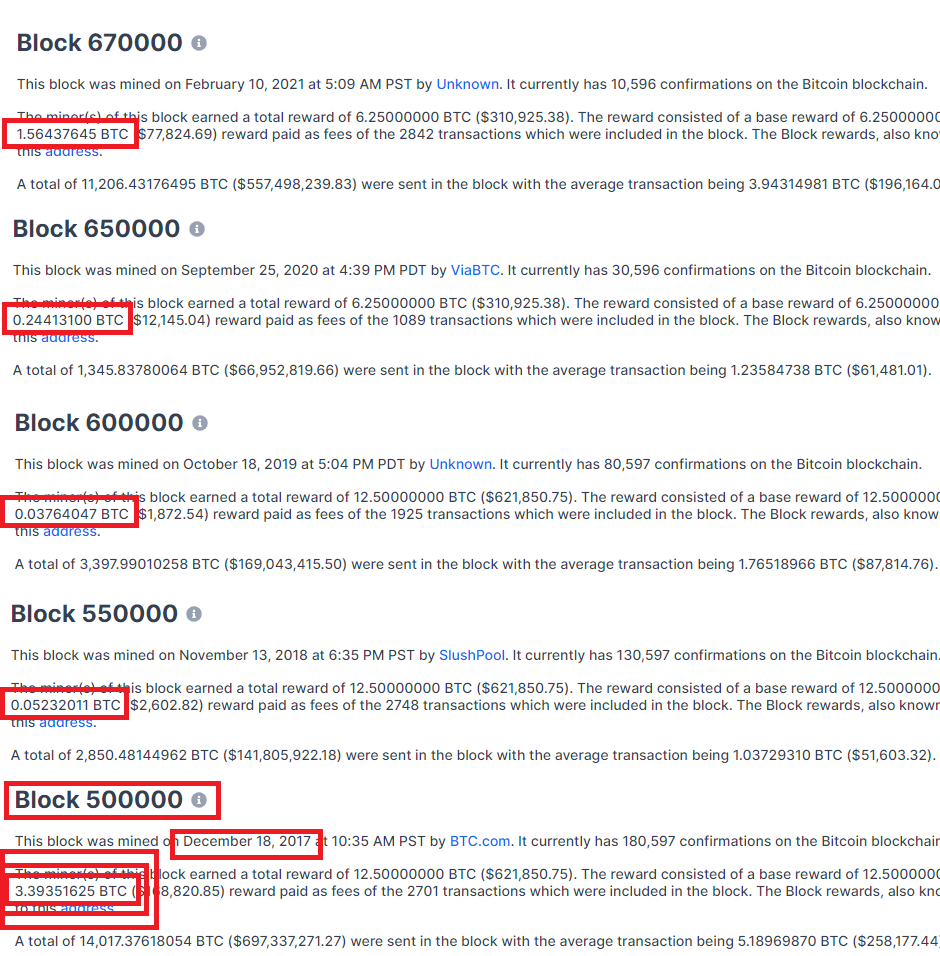 We see that even back in February fees were just as high, but back in September when Bitcoin was still at the doubling curve they were about x6 less in terms of BTC (not USD). In 2018 and 2019 during the bear market fees were dirt cheap and even x5 less than they were in September.

However, the most interesting block is block height 500,000. This was in the middle of the last mega bubble December 18th, 2017. BTC.com mining pool picked up a whopping 3.4 BTC just from fees: that's insane.

It's quite obvious that due to all these variables, the miner rewards for fees are going to spike even higher than they did in 2017. I predict that some blocks will even rake in as much as 5-10 BTC just from transaction fees. That's ALREADY higher than the current block reward of 6.25. 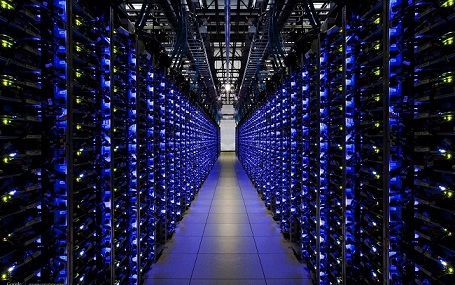 And I think that's a great and amazing thing. Bitcoin inflation is going to be effectively reduced to near zero in less than a decade. Everyone always talks about how low inflation will be in 50 years, but we absolutely don't have to wait that long.

This is all working perfectly as intended. While the network is young it is vulnerable and needs to greatly incentivize security. As the network gets older it can simply defend itself and pay miners with just the transaction fees. It's a brilliant system really. BTC will still be the highest security network in the world even though it pays miners near zero inflation.

I believe this dynamic will greatly enhance stability and completely eliminate these pesky mega bubbles. Instead of Bitcoin spiking x10-x15 above the curve the biggest bubbles we should get are around x3-x4 just like normal. This will make the markets much easier to predict and take a lot of the guesswork out of trading and knowing when to support the network by turning bearish as the market overheats. Buy low sell high. Stabilize the network and get paid at the same time.

This will be a massively valuable event because then we will stop having year-long bear markets: Bitcoin will be in a continuable bull market.
Once Bitcoin stabilizes that stability will trickle down into every other project. Crypto is a sliver deck. Any advantage Bitcoin gains trickles down into the entire cryptosphere. Bitcoin anchor strong.

In less than a decade, for all intents and purposes, Bitcoin will have zero inflation but will still be the most secure network on the planet. Fees will be outrageous, but Bitcoin wasn't designed for high velocity: it was designed to generate wealth. All we have to do is HODL.

Funny thing is, inflation is a killer dapp, and most people do not realize this yet. Bitcoin will not be the #1 coin by market cap forever, in fact I predict that ETH might flip it at the end of the year for a short moment. Be ready for maximalists to cry their sweet tears when it happens.

Again, everyone thinks inflation is the devil, when in fact inflation is a gamble (a good one). Bitcoin eliminates this risk by eliminating inflation, but that opens the door for other networks to utilize inflation in a superior way. We already see the crazy stuff going down with yield farming how high these tokens can moon even with absurd inflation (and in fact because of the inflation).

Bitcoin won't always be the top coin by market cap, but it will be the most secure and stable coin for decades. That is its niche, and there is no competition on that front. Looking at the numbers, I think we can get there in as little as 8 years (12 maximum). By that time I imagine it will be the world-reserve currency, but somehow won't even be the highest value project. Crazy thought. We are entering the Age of Abundance and we are standing on the ground-floor.

I remember myself talking about this "fees overtaking newly mined BTC's" sometimes back in 2014. So weird... Many don't think much about this even today.
When smb complains about volatility, I always reply "I know when volatility disappear"
When?

Shit, you're so right buddy. I had not analyzed BTC from this point of view. In a nutshell, we have to do HODL and for sure we will retire early, what a nice crypto world.

Around 106 million people are now using cryptocurrencies around the world, Crypto.com estimated in a report.

I don’t know how accurate this is but if at all it is closely true then broooooo, we are in for a massive ride, 100million seems so tiny.,,,.... All cryptocurrencies combined accounts for less than 0.7% of the world's money. What???wow,....going by these metrics, everything in your post is validated

This is the post that propel you to throw everything and buy bitcoin.
Not so fast amigo, this post informs you to hold bitcoin and every
other tokens you deem necessary to hold your ground.
I need to get more ethereum and BNB.

This idea of the block awards shrinking and transaction fees climbing is amazing. I agree with your suspicion that it is by design. Bitcoin continues to amaze, as do you. Good post.

The flipping of BTC by ETH would be Epic. The amazing thing about ETH is that transactions continue to climb.
Www.messari.io reports the ETH transactions in 1st QTR of 2021 exceeded all transactions in 2020! That’s massive. And DeFi TVL now exceeds 44 billion USD with one half roughly on Ethereum.
Add the Last EPI called Berlin which has planned reduction in gas fees, and programmed Token burns and ETH supply gets scarcer from DeFi, Node Staking and Token burns, becoming a deflationary token.
A deflationary ETH could skyrocket in value. The ETH BTC flippening may be more of a when, then an if.

Amazing times ahead, and yes I agree emphatically, all we need to do is #StackThoseSats and #AccumulateEther

It's amazing how Bitcoin is set up and thought out, I've certainly never looked at the commissions that are awarded on blocks. It is definitely a deflationary asset with a giant projection. Thanks for sharing.

All we have to do is HODL

Pretty much it, ride and trade the cycles for the next decade then hodl long term. I hope we can all retire early..

That's some bold statement and tbh I would love to see that.

Great article you have here. It makes a lot of sense.

If the 2017 pattern plays out again it's going to get damn close.

A flippening would be epic and it would act as a precedent. I'm not that sure it will happen. As long as Ethereum doesn't fix its insane fees issue it's a bit hard. I honestly stay away from it due to this annoying flaw of it.

Fees are high only if you dealing with peanuts. If you transferring millions it's cheap. Very cheap.

Bitcoin won't always be the top coin by market cap, but it will be the most secure and stable coin for decades.

I definitely agree that it is the most stable.

Be ready for maximalists to cry their sweet tears when it happens.

Lol. I will be waiting for it to happen towards the end of the year. I think it will cause some drastic changes and maybe we can see more development on the BTC block chain. Maybe some use cases will come out for BTC but I predict the killer Dapp and tokens will be on a different token.

Thanks for your perception, I used to buy and sell til recently that I saw I have earn usd but I was loosing btc, well, I'm far from be and expert even an good trader, so I chose to be a holder and it could be easier and better at least for me. Nice post. if we are correct then we should expect a bigger pullback, although bitcoin is so unpredictable it is like one day having a tame little puppy and the next day it turns into a gremlins

Great insight. For believers of the stock-to-flow model for pricing bitcoin, this is a very logical extrapolation into the future.

I personally believe that sentiment plays a big part in these cycles that we see, but exactly how much is hard to know.

Beautifully written. Keeping our fingers crossed that central banks keep creating money and monetizing debt...at least for a little while :)