Redefining Retirement: The War of Work is Over. 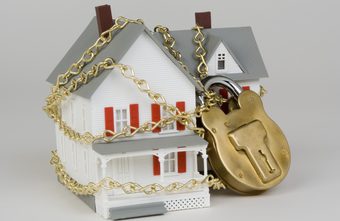 How much money do you need to retire?

If you have a dozen sources of passive income but continue on making money actively as well, does that really count as retiring? The entire way we even view retirement is going to be completely flipped on its ear.

Look at him go! Look at how many hours he puts into this place.
Is he retired? Or is this a full time job? I can't tell!

The truth of that matter is that crypto will continually start to pay more and more people to do things that they actually want to do anyway. This is something that current economic slaves of the world can not easily wrap their heads around.

The war of work.

I do it for the paycheck.

So when you finally get to retire from the shit job and get away from the toxicity of the corporate rat-race... wow! What a blessing! But that entire old legacy model isn't even going to make sense in ten years. 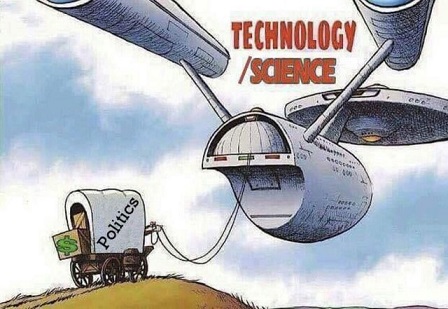 Automate out the drudgery

We are on the verge of automating all the jobs that no one wants to do. We could never do this before because society did not have incentive. If you automate all the low end jobs away this broken system would fail as the gap between the rich and poor became revolt-worthy.

With crypto we can distribute the resources of automation back out to the community itself. We can give communities the means of production so they are no longer dependent on corrupt centralized entities that only care about making more money.

This will all be free from government oversight. These are self-regulating networks, and the SEC and other regulating agencies have not even come close to turning this conflict up to an 11. I'd say we are about a 3 right now. I guarantee you they crash the next mega-bubble, on purpose, and they will insider trade off of it. This is how corrupt the legacy economy is.

They aren't even trying to hide it anymore.

Look at Elon Musk. It's hilarious they use their own influence to insider trade on Twitter. The world is only going to make less and less sense and time goes on. The next decade is going to be insane.

And what Elon Musk has done isn't even illegal. These are unregulated markets, and they are going to stay that way by design. Those who want to make an omelette without breaking any eggs are fooling themselves. You can't have the cake and eat it. Pick one.

The entire perception of work is going to change as crypto goes mainstream. Everything is going to be monetized. Impossible business models are going to pop up and start funding their own development and growth. Things are progressing exponentially quickly.

It will be possible to get paid passively and actively with micro-streams of income. People will start actually using cryptocurrency as currency. Once that happens all the laws that classify it as "property" no longer even make sense.

The government is trying to control crypto by calling it something that it isn't. That isn't going to fly forever. Not only is crypto obviously currency, it is programmable currency that is a thousand times more advanced than fiat.

As we develop these things and crypto goes mainstream, the legacy economy is in major trouble. Why would anyone work for $15/h for a dead-end job that sucks when they can get paid more supporting communities that they actually care about?

We are in a phase of extreme environmental change; digitally and globally. These changes bring about great evolution in addition to their corresponding extinction events. Those who can guess what will thrive and what will go extinct will be the ones evolving. If you're reading this message you're probably in the right place.

Sounds good to me, as my retirement plans are quite shaky as I've been freelancing for many years now. For the time being it's still like a regular job only I don't have to pay taxes :))
What I'm not very sure of is the idea that the powers that be will be willing to pay people just to exist... with this climate change madness paying people to consume resources without actually doing anything, I don't know. On the other hand, if a virus were to eliminate a good number of these surplus people, that would be a shame, but also quite convenient. Just sayin'.

During the American Great Depression, people were starving. And other people were burning perfectly good food.

Its all about the distribution, we are beyond abundant, we just need to distribute it better.

I "retired" when I was 29. Basically, I said I would never have a job again... and mostly didn't. Until I had to get a part time gig cause I wanted to move. got fired from that gig three times. lol

Finding the blockchain in 2018 solved one of my biggest fear problems, what to do when I really can't "work" anymore. Well, play on HIVE.

I guarantee you they crash the next mega-bubble, on purpose, and they will insider trade off of it.

I’ve seen some posts from Austrian School types who argue that we’re entering a crack-up boom right now and that the Fed and other central banks will intentionally crash the system. The Austrian-types might be wrong about hard assets being your only hope to protect yourself, but they’re probably right about the banksters’ likely course of action.

This is very clearly the case.

The formula is simple:
control the volatility and make money in both directions.

Have you seen Nasdaq? That thing moves in just one direction: up since too much time now. It is obviously manipulated, and of course, it cannot go on like that much more.

The crash is near.

It's a beautiful thing and we're here to be a part of it!

A workplace is an exchange Time for money. Depending on skills, the rates are higher or lower.

But it trades the most valuable Humans have. Time and attention.

Do what you love and you never work. That's so true :)

Btw Elon´s cousin is an early adopter of solana. The next hype :D

@onealfa made it. Not sure it is an fulltime job, but i think he enjoy it :D

People truly do not understand what is taking place and the speed that it is happening. We are seeing an acceleration of everything.

Just think, ethereum is just over 6 years. What will things look like 6 years from now.

I retired at 42 bud, no need to work if you have imagination.

The evolution is here and it's a great thing we are aware of it, being here for the next few years is not something we would regret...

I’m gonna probably work at my favorite burger joint or something just to keep it around and spend the rest of my time blogging regularly about the things that move me! Ah, the thought!

Automation is coming....and with less jobs, we need to be more creative in earning a living. Just take a look at amazon, robots everywhere and they want to even automate the delivery process.

Low wage jobs suck. Thankfully they will be replaced. Let the bots do them. It’s going to fun watching all those help wanted signs pop up. :)

Its happening here in California. "For Hire" signs everywhere. "We pay more than minimum wage".

Many restaurants now close at least once per week.

I like the change, people really wanting and needing employees and ready to treat them well.

Sweet baby crypto
Can't believe I knew crypto
so late.
Wise are the ones who listen
and live accordingly.

Hey @edicted, here is a little bit of BEER from @pouchon for you. Enjoy it!