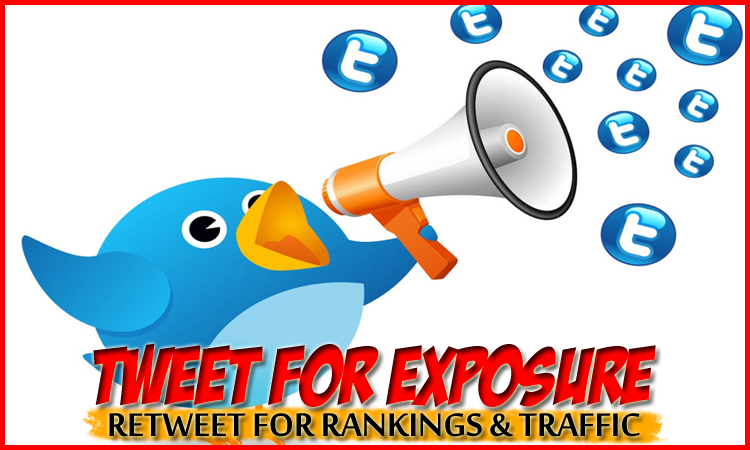 Since trumpman announced his "Are You Good With Twitter / I Can Be Your Sponsor" post we've started to see more and more "LeoFinance Twitter Campaign"-reports. While this campaign is awesome in multiple ways and even though I have already talked about the campaign in a previous post, I want to elaborate and talk about some things even further.

While some of you might take this opportunity to earn some extra rewards for making some tweets on a daily basis without thinking about it more than that, some might do it for both personal rewards and to bring traffic towards LeoFinance (Hive) and make these tweets for both rewards & exposure.

In any case, everyone will benefit by doing this as social signals are a great to get more organic traffic, backlinks and better rankings.

Within each report you can see how people have made tweets including some information, hashtags and links to articles on LeoFinance. Each step of trumpmans guidelines are followed and it definitely helps in terms of exposure. What I would want to see though, is an improvement that not many seems to be thinking about.

This should obviously not be spammed and over-used because that could actually back-fire and result in negative consequences, but retweets and likes makes a huge difference in the long haul.

Even if you don't personally like the content, or if you don't want to upvote & reward it, you should definitely consider to retweet a tweet containing a link (talking about) that article, because that will help us tremendously over time.

The more social signals we get, the better the results, so it's not always wise to make your own tweet including someone's article if they have made a tweet about it themselves. However, retweeting and making your own tweet is likely going to help more than doing one of the above.

While I could easily have just made my own tweet including the link to the specific article, I retweeted the tweet. The second thing I can do, to increase our chances for more exposure & traffic is to make a tweet myself talking about his article. 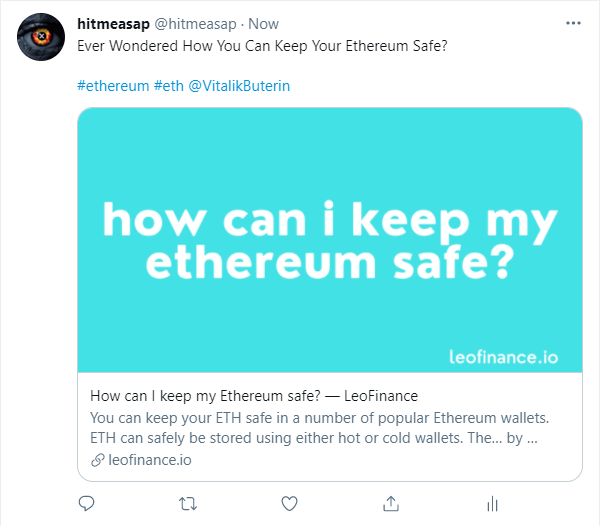 I also made sure to do these things at two different occasions, to increase the chances for visibility. So, I basically retweeted at one point and made my own tweet at a later time. I also used "hashtags" and tagged an official account like stated within the guidelines of trumpman's post.

share on Twitter Leo articles that talk about anything EXCEPT Leo. Make sure to tag related accounts. For example, if a post is about rune, you will have to tag at least the official rune account and any big rune shillers that maybe out there

Like I stated previously, I don't recommend doing this at all times because it will eventually look like blatant spam which will affect us negatively..

However, if you are tweeting 5 times per day, I would strongly recommend doing this at least one time per day, as it will increase our overall chances rapidly.

Also, another thing I don't recommend, is to retweet all of your 5 posts at the same time, because it usually doesn't look good. A natural spread between the tweets are more likely to yield results. That's obviously for your own twitter audience to decide, but we are looking for exposure and not just to mass-spam twitter with a bunch of LeoFinance articles.

Not too long ago, I didn't understand how people could use Twitter to their advantage, but I'm starting to see this more and more. I actually start to enjoy it now. That took me many many years ;)

Generating traffic through post to get the public attention to invest in leofinance is a nice concept as I said in your post earlier.
However if there will be a way to add value or bonus token to whoever that joins to invest on leofinance I'm sure it will go a long way to generate traffic.

Twitter is an awesome place to generate traffic from.

Well twitter has always been a good way to attract more eyes and bring their attention to hive but sadly after the ban of Twitter in my country, I haven't been doing anything there again and though i heard some people could access theirs so I checked mine to see if it will work but i still didn't have access to it and i wasn't ready to use a different VPN to do that.

But if eventually, I have access again, i will see what I can do about it.

It's really sad to see Twitter ban certain countries.. Hopefully, others can utilize the platform as much as possible before Twitter eventually ends up banning even more.

Yeah it is sad
And I hope that happens sooner

I get you and I'm also on this page, the situation of posting on twitter is dicey right now, I'm stubborn though, so i use VPN and try to stay lowkey, so I'm not sure I can be out there like that doing 5 posts...till perhaps the situation settles down

Well, its not the same for me lol. I am not stubborn and I don't like the idea of staying lowkey, its like hiding to do something illegal lol.

Hey, I will take very seriously these suggestions explained in more detail, to do a better job.

But there is something I couldn't understand and I think it's a problem with the translation.

You say it's not good to post 5 tweets with links in a short time because it can be seen as spam?

You say it's not good to post 5 tweets with links in a short time because it can be seen as spam?

Yeah, well.. It depends on your audience obviously, but most people aren't interested in someone blasting out links (regardless of how good the content is) multiple times within minutes.

Solid advice! I want to write a few more things but am to tired atm so I'll when I wake up 🤣

Do it. It's always good with more information. :)