PGM Is One The Best Projects On Hive 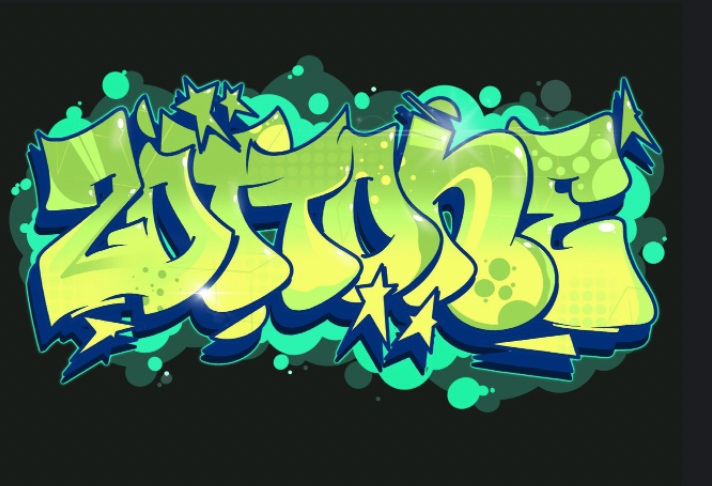 I want to shout out @zottone444

If you don't know who this is, you should. He's the founder of the PGM (Play Gamer Token) which is absolutely killing it right now.

I don't remember exactly where I heard of PGM but I know someone posted about it when it just came out. At the time I was a little newer to hive and I'd been following people like @chronocrypto (of utopis and just general being a boss fame) who always managed to get into the best stuff early.

I think I'd just read a post from him about LVL token and how he got in early with millions of LVL and picked up that Founder 1 status which paid out for him in a massive way. Way to go @psyberx on really giving back to your supporters. I only got in at Founder 3 but still I felt super appreciated when the rewards came in.

OK, I'm off track a little.

Anyway, I was of the mindset that I wanted to get into a few projects early and PGM was early and seemed interesting.

I took a look at the rich list and saw toward the top actually was chronocrypto so I knew I had to get in. There wasn't close to enough liquidity on hive-engine for me to buy into the top so I messaged @zottone444 and told him I put in an order for what I felt like was a fair price and asked if he'd fill it. He did for a few hundred hive I became a PGM whale with about 2000 PGM.

Now I realized after the fact that had I done more research I could have gotten a much better deal. At the time they had an investor deal going for about half of what I paid which no one told me about when I sent that message but I'm willing to forgive. I did not DYORLOL quite enough and that's on me.

Since then, I've watched this project get built up ever day. Zottone just keeps showing up. It was slow in the beginning. THere were lots of little learning curves. There were further issues with liquidity and other stupid things but zottone just kept going at it day by day and learning and communicating with everyone and soon, those issues were in the rearview.

Then a month or two ago something happened that I honestly didn't think PGM could recover from. The whole market was super bearish. All hive tokens were doing nothing but falling with very few exceptions and I was feeling pretty crappy about the whole market.

In the middle of that PGM released its curation feature. I was actually pretty excited about that because I was a top 5 holder in the token and the supply was so low and the coin value was high.

Zottone does a lot of this stuff by himself it seems and while constantly learning and growing, this can lead to some problems sometimes.

I was a top 5 holder with 2000 tokens and the first curation reward that came in was for almost 2500 PGM. At that same time, I went to the discord and zottone had gotten sick and had to take a few days off. The supply was ballooning so quickly and the market tanked.

A few days later zottone came back in and just said something like, this was a setback but you'll see that I will work to bring the value back.

I'd seen blow ups before but I've almost never seen anyone come back from them. I suddenly had 4 times the PGM and the USD value of my holdings was somehow under half of what it was before the expansion.

I even did sell a about 500 of my PGM figuring it was only going to go lower.

But soon after PGM stabilized. The project brought out several innovations and it sparked a buying spree. A few months later PGM has done something incredible. Its almost fully come back on a per token basis even though the supply of tokens has ballooned.

For me personally, I now have over 9000 PGM. I only bought 2000 of those and the price per token is basically right where I bought those 2000.

Not only that, for being having over 5000 PGM, I get tons of perks like defi rewards and free bitcoin and 10 calls per day of the tip bot and double rewards on every token they give out on every call. Plus I get on average 40-70 PGM per day from curation rewards right now due to my larger stake. That's over 4 hive a day. I only spent 200 hive on my whole stake!

PGM is one of the best and most innovative projects on hive. @zottone444 is a boss and I couldn't be happier with my decision to get in early and stick with it. I cna't wait to see what's next and if you don't have any PGM, you should definitely do some research.

I now know about PGM. I have seen the tips but did not know anything about PGM. Thanks for the education!

Glad to spread the word. I'm seeing the tips out there more and more but I still feel like its a bit of a secret somehow.

Thank you so much my friend!

That disaster is what got me involved with PGM. I suddenly received like 50 PGMs from author rewards on a comment I made. I was able to start using the tipping bot and started paying attention to what the token was doing. Every update, every innovation got/gets me more and more excited for the project. He’s really done a great job!

That's so cool. I wonder how many others got involved because of something that would have killed a lesser project. I'm even more impressed now.

Thank you so much my friend!

That's good to know this. I have PGM tokens !

I've just been so impressed. I never saw the project coming back after the supply increase mistake but they've just been relentless in adding value. Even in a bear market its rallied.

I just checked on he explorer. Pgm-curator pays me so many cryptos just for holding !

It's great to see so much support for PGM, as we at @thgaming (pardon the minor plug xP) are big fans as well! Keep your eyes peeled for continued awesomeness ;)

I love how much collaboration I'm seeing between the projects (also LOLZ). I had about 75k THGAMING in the pool until the rewards dropped off. I then took it out when it seemed like it was taking a little longer to get the new rewards in. Dangerous to have that sitting liquid in my account. I needed some vouchers and it got sacrificed :(

Still have about 70k staked though that will remain staked. Now I just have to rebuild my LP position.

Dangerous to have that sitting liquid in my account.

You seem like the kinda investor that likes to see value doing something rather than sitting around collecting dust ;P

Thankfully, $THGAMING curation rewards were boosted recently, so you'll get back to where you're wanting to be sooner rather than later!

That sounds much better than just being impulsive !LOL

Glad to hear about the boost in curation rewards. They did seem a little low and I wasn't sure why.

The good news is I made 120k dec on the voucher trade but now I'm locked in on the dec trade.

I'll figure out how to get my THGAMING stake back soon enough.
!PGM
!WINE

Glad I stood with you at PGM.
!LOLZ
!PIZZA
!PGM
!MEME 
I wonder if glass coffins will become popular one day?
Remains to be seen.
Credit: reddit
@imno, I sent you an $LOLZ on behalf of @brianhuang
Farm LOLZ tokens when you Delegate Hive or Hive Tokens.
(10/10)
$0.00
Reply
[-]
thgaming (57) 2 months ago

We are also HUGE fans of $PGM & @zottone444's work which is why we are happy to be partnered with such a great project! 🚀 🌕

We are now curating #THGAMING #PIMP #LOLZ & #PGM tagged Posts. Be sure to include those Hashtags in your Gaming & Crypto Posts for future upvotes!

Congratulations @imno! You have completed the following achievement on the Hive blockchain and have been rewarded with new badge(s):

Hello, thank you very much for the nice words, I'm really happy that you followed everything from the first to the last day, that you didn't sell everything and that you believed in me too! These are the things that make you want to continue! However, every now and then I get a few bumps of stress for all these things to do! But these posts make you want to continue, and I confess that I got tears in reading these words with a smile!

I am endlessly impressed by everything you've done here. I'll continue supporting the project through the ups and downs. Thanks for bringing your all to it.

I also want to give zottone444 a response, well done, although I didn't meet that wonderful past, haha.
!PGM