kerrislravenhill (70)in LeoFinance • 2 years ago (edited) “Remember, the greater the opportunity, the fewer are those who see it.” ~ Captain James Cook

An acquisition from my 2020 Christmas shopping of numismatic items on the ‘Nautical but Nice list’ to get for myself. The E-Dealer blinked and knocked off a chunk off the E-Store retail price but not to the @ronavel standard of buying excellence he practices. With the HMS Resolution name clearly emblazoned on the stern, I caved and clicked it to my Shopping cart since the shipping cost was at this point, minimal.

This coin commemorates the April 1778 arrival of Captain James Cook’s HMS Resolution and HMS Discovery in Nootka Sound, later to be renamed Resolution Cove. While charting the Coastal region Cook’s primary goal was to search for the elusive North West passage.

Establishing trade relations with local Nuu-chah-nulth people, as a dugout canoe is represented on the foreground of the coin, another important role as those with peaceful relations tend to have stronger territorial claims. An impressive Captain Cook’s portrait is predominantly featured on the right side facing to the left while holding a telescope in his left hand and his Admiralty orders with is right hand. Cook was a disciplined Officer that ran a tight ship but also was obsessed with precision and mathematics that made him valuable in his charting and surveying skills. Like Explorer David Thompson he produced amazingly detailed and precise charts that were used for decades if not centuries after publication.

On the left side is his command The HMS Resolution, a former Merchant Collier repurposed by the British Navy into a research and exploration role. His previous command, The Endeavor was impressed back into military service as a military Transport before Cook’s Second Voyage. It changed use a few times in private hands but at the close of the American war of Independence the Endeavor was scuttled along with other British ships off Newport Rhode Island in 1778 to avoid capture. Behind Cook on his right is the HMS Discovery moored not too far from the Endeavor’s starboard quarter also in the process of de-rigging for needed repairs. The expedition stayed for the month of April to resupply and traded goods with the Locals. While there was a good demand for valuable Sea Otter pelts back home the expedition discovered the Nuu-chah-nulth’s fondness for metal goods and that demand may have been planted by the Spanish that came a mere four years earlier by Captain Juan Pérez’s Discovery of the Queen Charlotte Islands 1774. Cook reported the fruits of his trade and thus created a thriving and competitive trade with Europe such that conflict erupted between the British and the Spanish.

Do you likes Stats? I know some guys like Stats as in Baseball, Car performance, Computer system specs, Crypto portfolios, etc., so why not sailing ships. According to the Crew Manifest register of the HMS Discovery, the Master of the Ship is None other than William Bligh, famous for his command of the HMS Bounty and focus of the famous Mutiny precipitated under his command. An Island in Resolution Cove is named Bligh Island.

A young Midshipman George Vancouver of the HMS Resolution eventually becomes Captain and returned in the 1789 10 Gun Sloop version of the HMS Discovery in 1792 to explore and survey the Pacific Northwest coast.

Ready for another profound quote from Captain Cook’s Journals? “Throughout history government has seldom hesitated from robbing its citizens in a crisis.” ~ Captain James Cook

Thank you fer coming aboard! You so need a boat for all that sexy nautical silver Yes, when I hit it big time, I'm hiring @silverd510 to build my new Treasure chest as it will be 130 ft long, 32 ft beam, 22 ft Draught, Full sail plan, Twin 700 hp Turbo Diesel engines.
- built with live Oak
- 22 working guns
- Marine GPS Navigational suite
- Onboard satellite WiFi
- Wet bar
- Hot tub
- And the black flag of The Bloody Raven!
And plenty of room for the silver because RCM keeps selling their proof coins in these boxes and clamshells.

Thank you for that very important observation @monsterjamgold

The 2018 Canada One Dollar Captain Cook at Nootka Sound is really pretty!
You know that the RCM makes extensive coins... it is good to be in Canada... you get to see all these coins. I've learn a lot from you! The Royal Canadian Mint (RCM) seems to have a lot of latitude to Producing coin products from Conceptualizing all the way to distribution of many coins, other than business coinage directed by the Bank of Canada, without the full consent of government as the US Mint does.
I get regular letter mail from the RCM so I get to be up to date on what is coming out, just as the Perth Mint telegraphs it's upcoming products on it's website.
If the coin is exceptional in my eyes, I'd pick up a pair at issue. Otherwise, I wait a few years for the Premiums to start going down.
Thanks for comment Sis, 🤗 🌺 💖 Then I look forward to seeing you get the slabbed MS-70 version of the 2018 Cook Commemorative coin in the near future?

Thank you for coming aboard @silverd510

An excellent article @kerrislravenhill, and a beautiful silver coin! The details from the mountains in the background to the rope edging on the front side by the edges is nicely done. An excellent choice for an addition to you stack. Thank you for sharing! I thought the rope edging was a nice touch but a little controversial as the original artist may think of the rope being symbolic context of the ship and it's Captain.
it can be misconstrued from the 'Ties that bind' to 'Subjugation' similar to the iron chains that often symbolize Slavery and servitude. A subject shown in some African coins.
I sure can dig deep in the research of coins and find little nuggets of information.

You bet Kerris! You do a fine job!

I really like the quote ...“Remember, the greater the opportunity, the fewer are those who see it.”
Now that makes me stop and think........
Excellent post my friend!🤗 
Thanks for coming aboard to think @silvertop

Very profound words @kerrislravenhill!!! I need to write these quotes down, so that I can Share them in the future!!😀

That your model ship?

Nope.
But I can get an Authentic Wood Museum grade model online for $400+ of most famous ships.
This is a hand made wood model of the HMS Discovery on display in the Vancouver Maritime museum.
I actually have been there.
But this is a different HMS Discovery built in 1789 Captained by, former Midshipman of Cook, George Vancouver.
A Newer ship to the one 1774 built HMS Discovery that accompanied Captain Cook was decommissioned from service in 1790ish.
The British Navy likes to keep the original ship names like a pedigree in each generation.
So it's current pedigree is carried by the RRS Discovery built 2012

Thanks for coming aboard @enginewitty 💋

Holy shit you know a lot about ships. Remind me, when I get mine space-worthy, to have you as first mate or fuck captain! Saved the Hudson's Bay for you since you helped me land this beauty of a Medallion at the show.
Thank you so much @punkysdad 🤗

Thank you my Alliance family 🤗

Awesome.... you should share this on Blurt.blog .... lots of Silver and Gold collectors there too.... https://Blurt.blog

This is my favourite pirate coin... 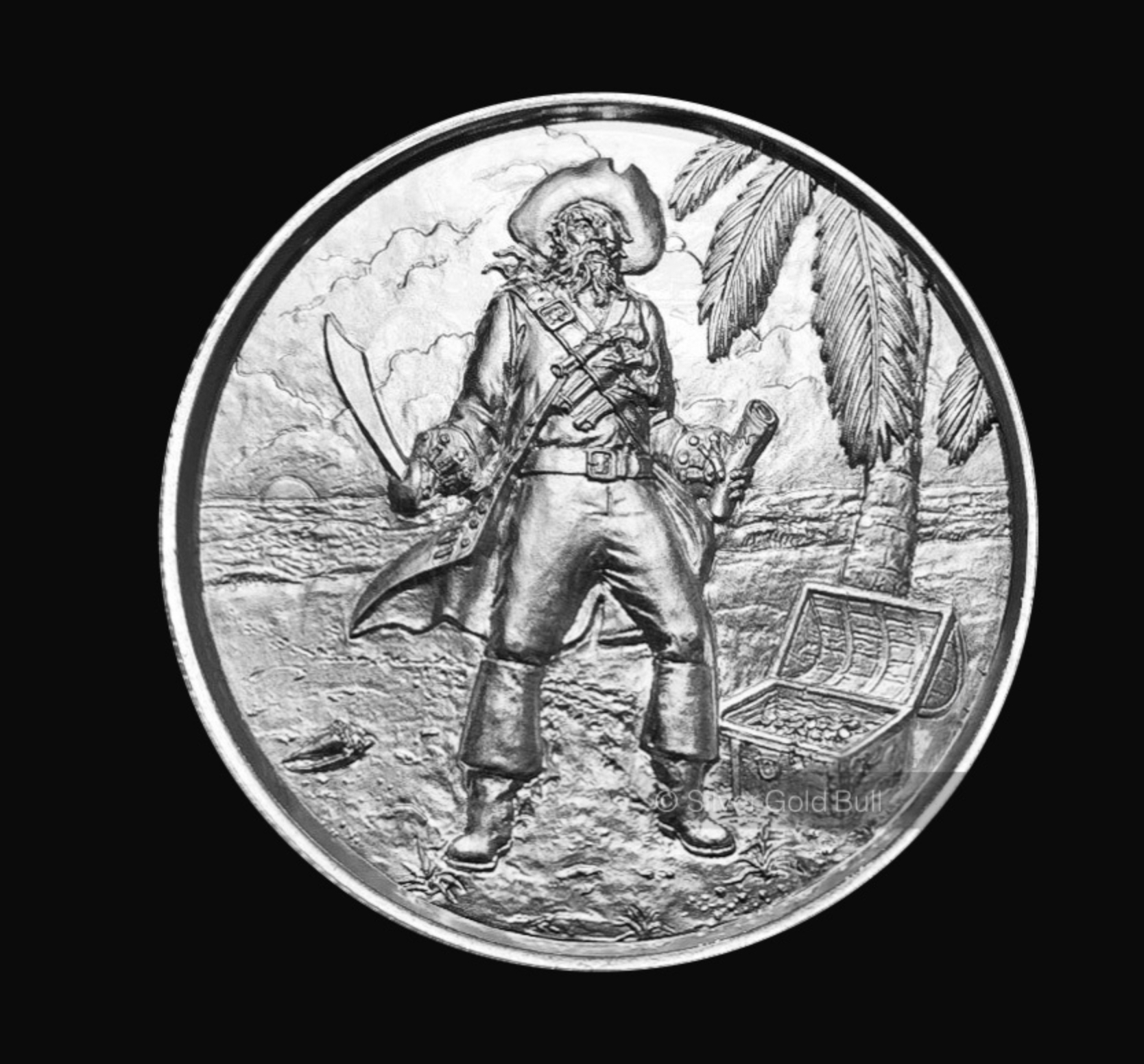 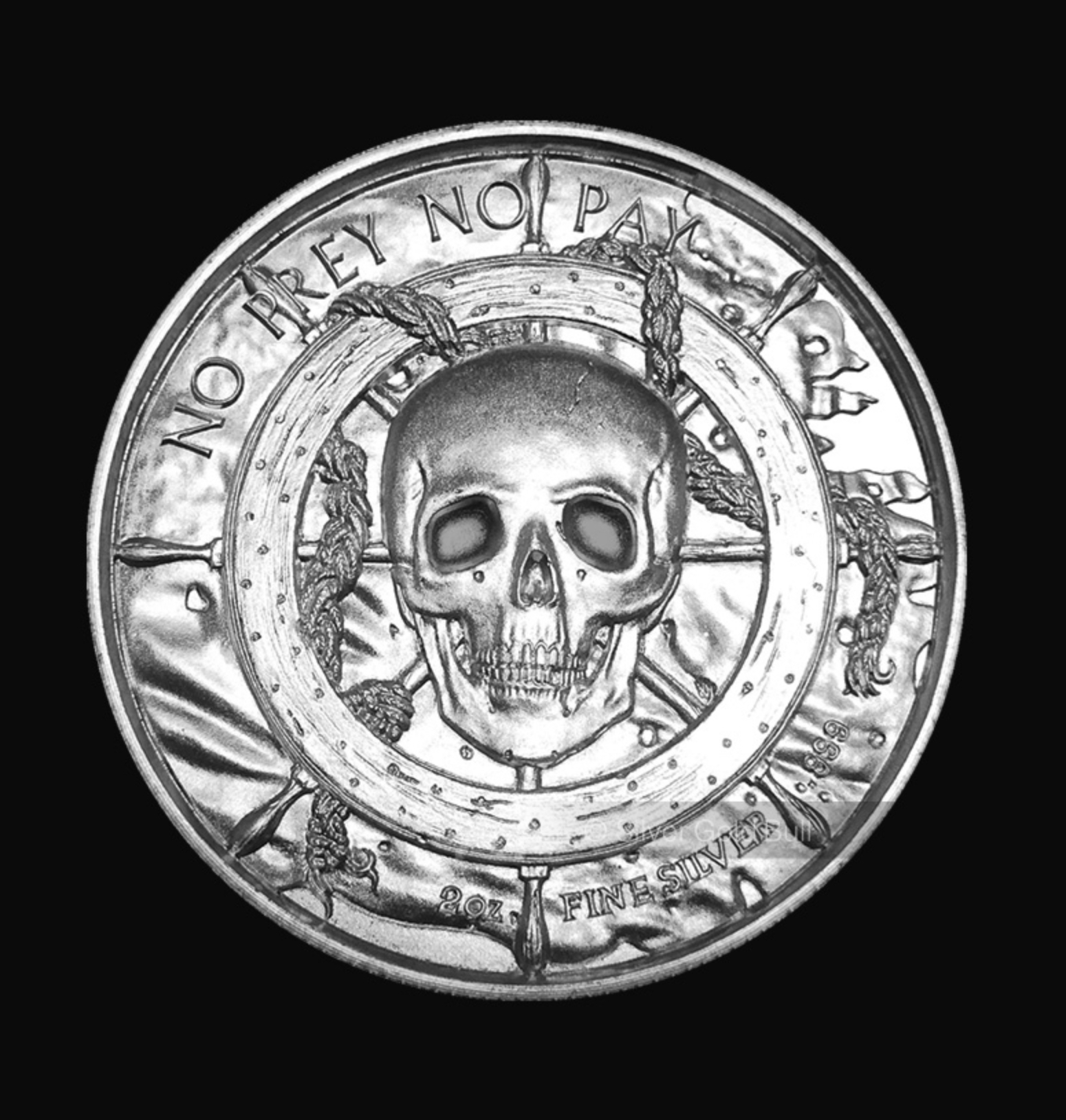 Thank you, I am fully aware of my Blurt account but as a busy parent and Sole bread winner among other jobs it's difficult for me to make time for other platforms as I only can manage at best a post a week without eating up my too much of my needed sleep time.
As fate would have it, having a responsible and gainfully employed spouse is not in the cards for me.