Happy Hump day. I'm starting my day with some Mango Kush and a Columbian coffee while scrolling mindlessly through news and shit... I'm still a little sick and can't seem to find the energy to do much right now. It's all good though, I'm in good spirits. A few minutes ago, some news caught my eye and I felt like sharing some thoughts about it. Let me also preface this by saying I'm not a financial expert and if I get something wrong, please let me know. 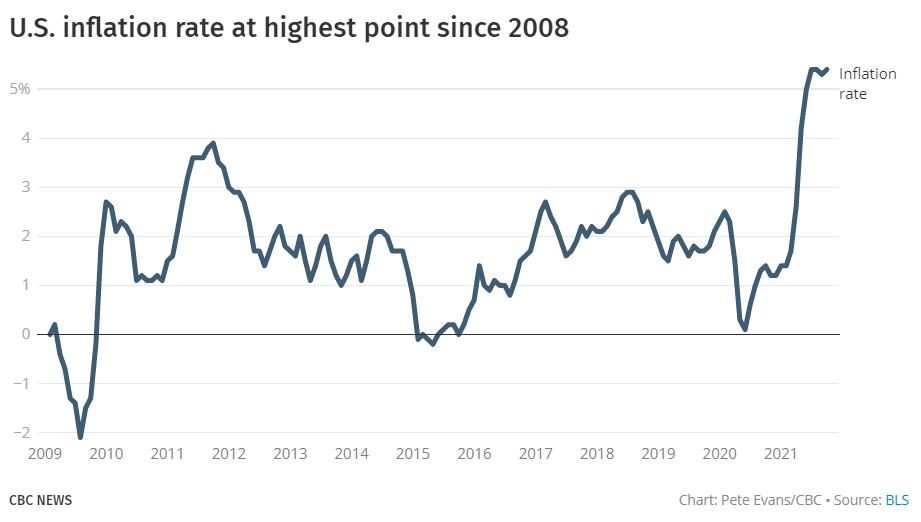 Currently the U.S. inflation rate is Higher than it has been in 13 years.

Inflation is sitting around 5.4% which may seem like a small number. It isn't. With food and shelter costs making up half of the inflation increase, it sounds even scarier. The cost of food and shelter - 2 very basic human needs - have continued to increase while a lot of people are still struggling to get by. Energy costs have risen by 25% in the past year as well. How much higher can the cost of basic needs increase?

Are we surprised though? Not really. When our dollar loses value, the cost of goods and services increase. Our dollar has done nothing but lose value since it was created. In the past year, so much money has been printed that it's disgusting. Money printer go BRRRR!!! isn't the answer to a pandemic. Inflation is higher than it was in the 2008 financial crisis. Could we be headed for another major financial crisis? Probably.

The COVID-19 pandemic caused the price of many goods and services to plummet due to lack of demand. Only essentials were being purchased so now that the demand is coming back, prices are skyrocketing. Supply chains are struggling to keep up with demand, and the cost to do so is also increasing. Gas prices are going crazy again and the push for greener energy is getting stronger.

Wages are also increasing, but not enough

Average hourly wages rose by 4.6% in September but it just isn't able to match inflation. Are you really even being paid more if you can't afford basic needs like food, shelter, and energy? How about gas to get to the job that's paying you enough to barely get by? Gas prices have increased a staggering 42% in the past year with no slow down in sight. This is causing a shift in the way people are making money. Many are quitting their bullshit day jobs to do things like DoorDash and Uber. Is this what they meant when they kept shouting "to the moon!"? lol

The answer to this is sound money. Ultra-sound money. Ethereum is quite possibly the most sound form of money that exists. With Ethereum 2.0 on the horizon, it's headed toward being a deflationary currency. In 2 months, 520,238 ETH has been burned since the EIP-1559 upgrade. Almost $2 Billion and counting. Absolutely insane. At a 55.88% net reduction of ETH issuance so far, we are on the road to have the most sound money in existence. Instead of losing value every day due to inflation, ETH is getting stronger. 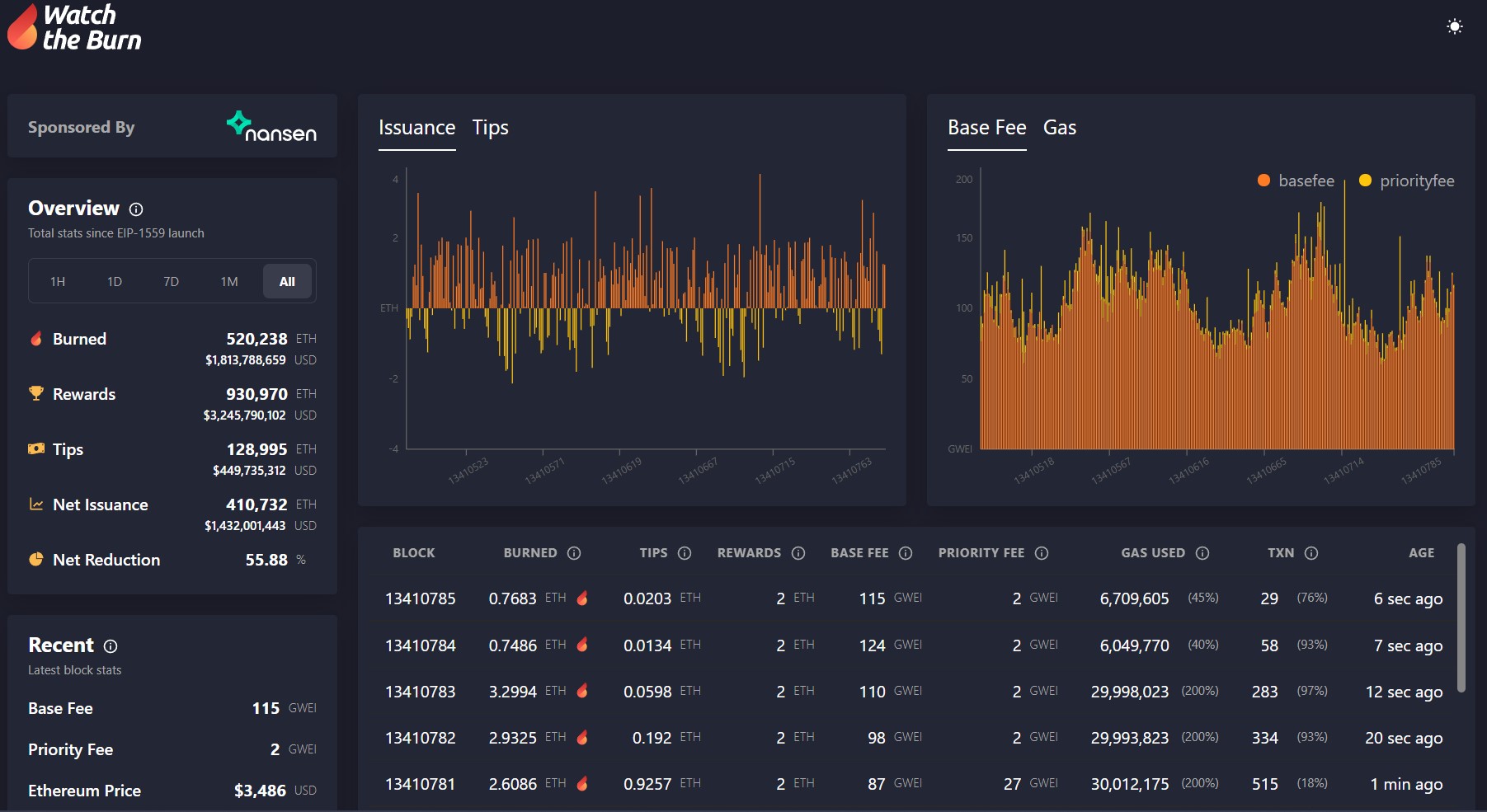 When I think about how shitty of a situation the U.S. is in economically, I always end up looking at Watch the Burn. People that are starting to use Ethereum and other cryptocurrencies more and more are going to be the ones that make it through the next financial crisis. While forcing everyone to use Bitcoin like El Salvador is reckless, letting them figure it out on their own is the way. Only a major financial crisis like what could be coming could be enough to open people's eyes to what a sound financial system looks like.

What do you think? Are we headed for a major crisis or will this all just go away?

Whether it ends well is completely in the hands of the central banks, i.e. the Federal Reserve in case of the United States. You said it with the 'printer goes BRRR' line: printing money is the root cause, one does not create wealth out of thin air without repercussions for the actual, REAL economy.

Yeah, that's what the U.S. does though. It's fucked lol

The European Central Bank does the same thing, though not as much. The problem with the Euro is that a single country has almost no control of the monetary practices of its currency. A different, but still serious set of problems

Absolutely. I'm not familiar with the Euro system, but they're all fucked in my opinion.

Actually the ECB did a lot more easing than the US. Look at the balance sheet of the two.

Did they really? How did this affect inflation?

Good article and as you stated this is NOT a small number. It has been sub 2% and even 1% over the past 15 years.

It is crazy to think it is >+5% when they have been changing the datas used to calculate it to make it even lower than reality.

Some guy calculated using the old method that Inflation has been understated by c.30-40% over the past 20 years !
When we see that some countries have energy going up 15-20%, I am even surprised that the inflation is just 5%

Nevertheless, thanks for sharing this to every Leofinance user so each of us can try to protect against this ennemy.

I honestly don't think 5% is the actual number. That's just the reported number. It's probably much worse.

The inflation is the most misunderstood topic in all of crypto. The online economists espouse a lot of stuff showing how little they understand.

To start, you have taken a very micro view. A YoY number doesnt tell a great deal. It is always best to have a macro view. Plus focusing solely on the US doesnt tell the entire story but that is what most do. For this reason, they believe money printing leads to inflation not realizing that theory was shot to hell by the real world called Japan. That country invented QE and printed for 25 years yet kept experiencing deflaiton.

Tokyo real estate prices, in spite of the massive run up in the BOJ balance sheet, is still down more than 40% from its peak.

Wow. I guess I mostly pay attention to the US because I live here. That's insane!