The In-efficiency of HIVE and way coming out of it..

If you are aware of CRYPTO and have gained even a little amount of knowledge in recent times, than you should be aware of the present situation of the crypto world. The talk of the town is DE-Fi, GAS fees and scams. Among all of these HIVE should have been the talk of the town but seems like it is missing lime light which it was suppose to get. 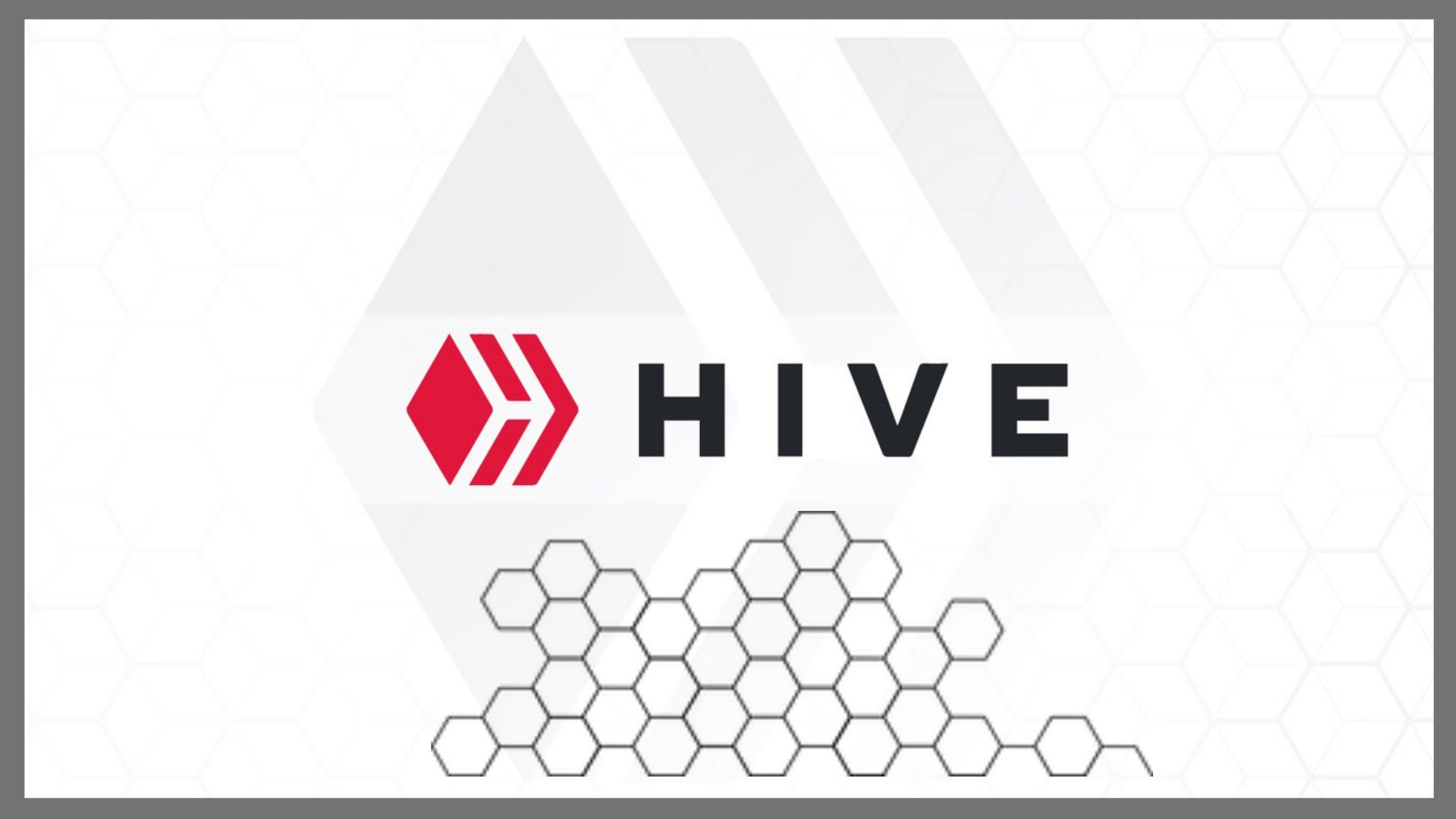 ETH should have exploded or reached it's ATH due to the crazy usage of its tech. Vitalik should have seen this or at-least predicted this whole scenario (we expet too much from them I suppose). But needless to say we are seeing what is happening with ETH. Uni-swap really brought something extra ordinary for ETH. Which is allowing ETH's fame to cross even more. I have seen some people talking about gas fees of ETH in a very deep matter but as a matter of fact, those people had close to no idea about ETH even few days back. Irony of getting something marketed in such a hyped way.

Like many other who are into ETH transactions, I also had to go through the transition of paying HIGH gas fees while transferring ETH. Even I did not want to but I had to. Considering the fact about some cryptos out there where Fees are just a word. HIVE can be the HUB for all these crazy things which could see the monotony of the such weird fees and other scalability.

It is considered "time is money". But in some cases BTC and few other coins can make you realize the value of waiting, in like eternity. Which is where ETH also plays a huge role. Have faced this issue of trx not going through but yet you have to pay the trx fees, lame very lame.

HIVE can be a savior in that particular zone. Trasnaction are super fast compared to some other cryptos. In more specific words Transactions take less than 3 seconds. Can complete over 1000 Transactions each seconds and can easily scale to 10k transaction. Scalability issue can be fixed in various ways. The two most major points can be fixed via the usability of HIVE.

Everything is here, on the plate up and running! Still what is actually missing?

If I speak as a general content creator of Hive, I would say :

Solution : Target some crypto influnecers (Youtubers/Twitter celeb) if need be pay them (we have DAO funds right) and let teh whole world know what HIVE actually is doing.

Solution : Use another way of revenue to generate money to buy off HIVE/HBD from the market. Introduce adds in hive.blog! I know it might sound rhetorical but it could act as a weapon for us. Marketers will know about us, we will prevail in more people's knowledge which is what we need right now, more Focus on us and that is positive ones. It might not sound enough but LEO token a tribe of our own has shown how much effective it can be. SO big guys you can think about it. I am not aware of behind the scenes of technical parts but from a normal perspectives, this sounds logical to me.

There are so many ways to use those funds and make something decent out of it. I might be overwhelmingly talking about an uncertain option but it can be a way. And I suppose there are different users who have ideas and those could be used for us and for the sake of HIVE!

We have such a good potential out in here but due to lack of publicity and use cases we are being left behind. If this goes own we might see sth bad or even worse come towards HIVE. The platform which we fought for and technically some of our users lost thousands of bucks by a traitor, we can not give up on that. We have a future and we are the owner of these chain (each and every one of us). Let's make it worth while and take HIVE to where it deserves to be!

Great post, totally agree with you on adds, but somehow the ones running things around here still want to keep it the classic way, just a bunch of semi professional bloggers with a token listed on a few exchanges, decentralized on paper and not getting main stream at all by using the damn adds. Oh and I forgot...

we have DAO funds right

We have that for secretaries and devs that don't update their contribution to Hive for months while constantly selling HIVE on the market. Hive still lacks a business model.

I understand from which point you are saying those. Yes, at some facts with some right governance (with top 20 witnesses) things might turn the other way around. While sooner than later we need to find sth productive which will make HIVE grow than it is here now. I already see some wise and might be effective solutions in this posts comment section. Just imagine if others can speak out from their end, we definitely will find some wise and much more effective solution for the chain. And next we can apply those if we see a good and wise result at the end of the road.

We have lots of options but we need to explore those first!

Having worked in digital marketing for some time, I would still say influencer marketing is a waste of money if its consumer goods, clothing or travel it works pretty well in terms of your post per acquisition even with these low margins. As for crypto and investing these influencers only really show up during the bull runs and can be effective. Do you really want to pay $200+ a user because that's what a cost per acquisition can be like on campaigns like these, especially with HIVE having such an awful signup process.

You would even be better suited to take that DOA funds plough it directly into Facebook and YouTube ads and you should get a far better ROI and have more control over who you message, exclude the frequency etc so you can constantly reduce your spend over time.

As for too much inflation, I'd rather say too few users, if tomorrow 5000 users came in and needed just 50 HIVE to stake to get what they need to use the chain that a 250k removal off the market. Yes burning is a great idea, but it needs to be for something, the buyback and burn can work, maybe burn for quick unstaking, burn for confidential transactions, burn for encrypted content that can be paywalled.

I think much of what you mention here are big problems, that could all be helped with something like an RC pool. If we have an RC pool dapps won't have to struggle to onboard and can be even more independent, bring in users for free, lower the barrier to get in and then we can look at educating a broader base on the benefits of staking the token

Having worked in digital marketing

I Have little idea about this sector and I suppose what you are referring to is also a fact. This is what we need, to see whether this idea is working or it should not. More ideas generate, more ways might come out for sth productive.

burn for quick unstaking, burn for confidential transactions, burn for encrypted content that can be paywalled.

The unstaking idea is pretty awesome. I do believe there are some big investors on HIVE and they would love to take that opportunity if it was available and that would also help in inflation. And the other ways of burning might also turn out to be effective.

This is by far the biggest challenge so far. Even if we get to manage to on board users, keeping them active is the biggest deal. As long as the monetary value of contents exists, there will be depression and also de-motivation for new users. But a proper guideline may as well bring some solution to it and that can be done by many users on HIVE in a group.

Well at the end it is top-20 nad some big players are deciding the fate for now. And hopefully they will look into it for the sake of themselves and us as well.

We really are missing out!

Paying influencers is an interesting one, it sort of contradicts with the liquid problem you mention!

A buy back and burn is a great idea for sure, it's key to the success of lEO I think.

It is time to start focusing on onboarding for sure!

Just imagine what we could achieve if HIVE-Engine had DeFi capabilities. We could really go after those who are not even on Ethereum and convince them to not even bother with Ethereum. It's honestly a chore to even use Ethereum after getting used to HIVE.

It's honestly a chore to even use Ethereum after getting used to HIVE.

Exactly, I sometimes feel that a lot. These fees and waiting period of transfers makes me wanna scream out loud at devlopers and make them see what HIVE can actually do lol

I can even handle the long times between transactions. What has kept me out of most of DeFi is the GAS fees. In the case of LEO, I'm happy that I stayed out. But there are some lost opportunities for me because my portfolio is small and fees would eat into my profits.

So much can be obtained, if only we could have reached the full potential of HIVE. For instance we are trading continuously everyday on HE without giving a single fee for each and every trade. This itself is sth unique. I remember trading on different exchanges and trying to find out the lowest fees offered on different exchange and then going for it!

I suppose there are several ways to make things work on our HIVE eco systems favor. We just need to make sth productive with the resources we have. That is all :)

Just imagine what we could achieve if HIVE-Engine had DeFi capabilities. We could really go after those who are not even on Ethereum and convince them to not even bother with Ethereum. It's honestly a chore to even use Ethereum after getting used to HIVE.

It's certainly slower using ETH and I REALLY don't like the gamble with the fees, varying all the time as they do.