Bank of Canada did not hike the Interest Rate – What’s the inflation story?

rmsadkri (67)in LeoFinance • 8 months ago

Like many others in the market, I was one of the speculators who predicted a potential hike in the interest rates today. Against all speculations in the market, the Bank of Canada “held its target for the overnight rate at the effective lower bound of 0.25%, with the bank rate at 0.5% and the deposit rate at 0.25%”. It is amazing how our minds work. Almost everyone was scared and jumping out of the seat that the Bank was raising the rate. Now that the Bank did not raise the rate, the talk of the town in the market mainly revolves around why they have not raised the rate.

I am not sure if the market was red only because of the speculation around interest rate hike. The market bounced back this morning with 15% gain in average and aligns really well with the US Fed’s decision around holding off. It shows the direct correlation between the ongoing speculation and the rate hike. 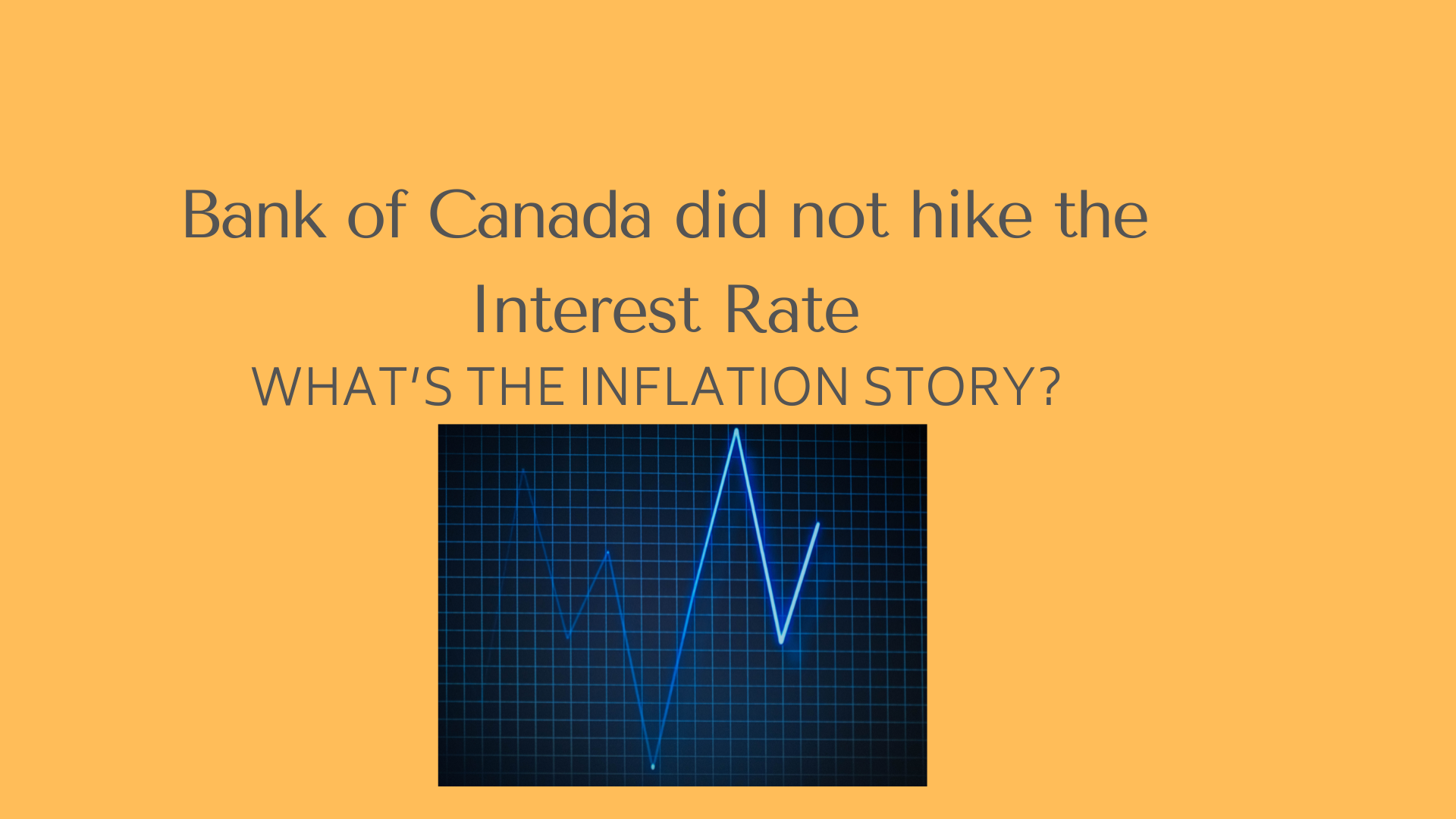 The reasons that the Bank of Canada highlighted in their press release are interesting. It looks like they wanted market to be absolutely ready for the rate hike in March. According to the press document, almost all indicators such as inflation rate, wage condition, economic bounce back, immigration numbers, market sentiments and market conditions are favorable to increase the rate. But the Bank is trying to be absolutely sure about the impact of Omicron going forward.

There was a strong global demand for goods, oil prices rebounded and the bank is predicting to have a 6.75% global GDP growth in 2021, 3.25% in 2022 and 2023. Those are very strong numbers considering the slump we had in 2020. The bank said that the Canadian GDP growth in the second and third quarter in 2021 was stronger than expected. The agencies are now waiting for the numbers to come out for the fourth quarter in 2021 which will provide information around how Omicron impacted the projected economic activities.

It is highly likely that the impact is not serious as all provinces are already starting to lift lockdown and sharing re-opening plans. Ontario is partly reopening the last week of January. If the next economic outlooks suggest a strong uptick in consumer spending on services, it is highly likely that we will see a rate hike.

The rate hike is one of the tools the Feds have in their power box. There are many other variables out their impacting inflation globally. Geopolitical tensions that are happening in Europe, still prevalent supply chain issues, and the rate of inflation compounding all other global problems will make it difficult for governments to rely only on monetary tools to curb inflation.

Is this the reason for the market to bounce back?

It could be. Analysts were already predicting a bounce back in the market based on their Technical Analysis. The market mood was also aligned with the analysis. Nobody can for sure say that this is the only reason for the bounce back. But that could be true in the short term.

Even the bank claims slower growth and yet it is talking rate hikes. All of this makes me laugh.

The Fed is doing the same thing. I do not believe they will get anywhere near 4 hikes. In fact, by mid year markets will be screaming for the central banks do to something about the falling economic conditions. Things are not going to be as rosy as they claim.

Of course, there will be something to blame. At this point, I cant point to the "cause" but can tell you what is likely coming.

China is slowing, that doesnt bode well for the global economy.

It's a balancing act. Managing inflation, as i said in the post above, is not as easy as raising interest rate. There are other global issues like China as you mentioned. I think it will go like this until we see something as strong as Bitcoin that could change the way we think in the economic terms. I cannot predict anything as well but, as you said, there will be a new variable to blame to allow banks to keep the rate low.

Congratulations @rmsadkri! You have completed the following achievement on the Hive blockchain and have been rewarded with new badge(s):

Because they have new variants set to hit next week.