rocejuma (50)in LeoFinance • 2 months ago (edited) 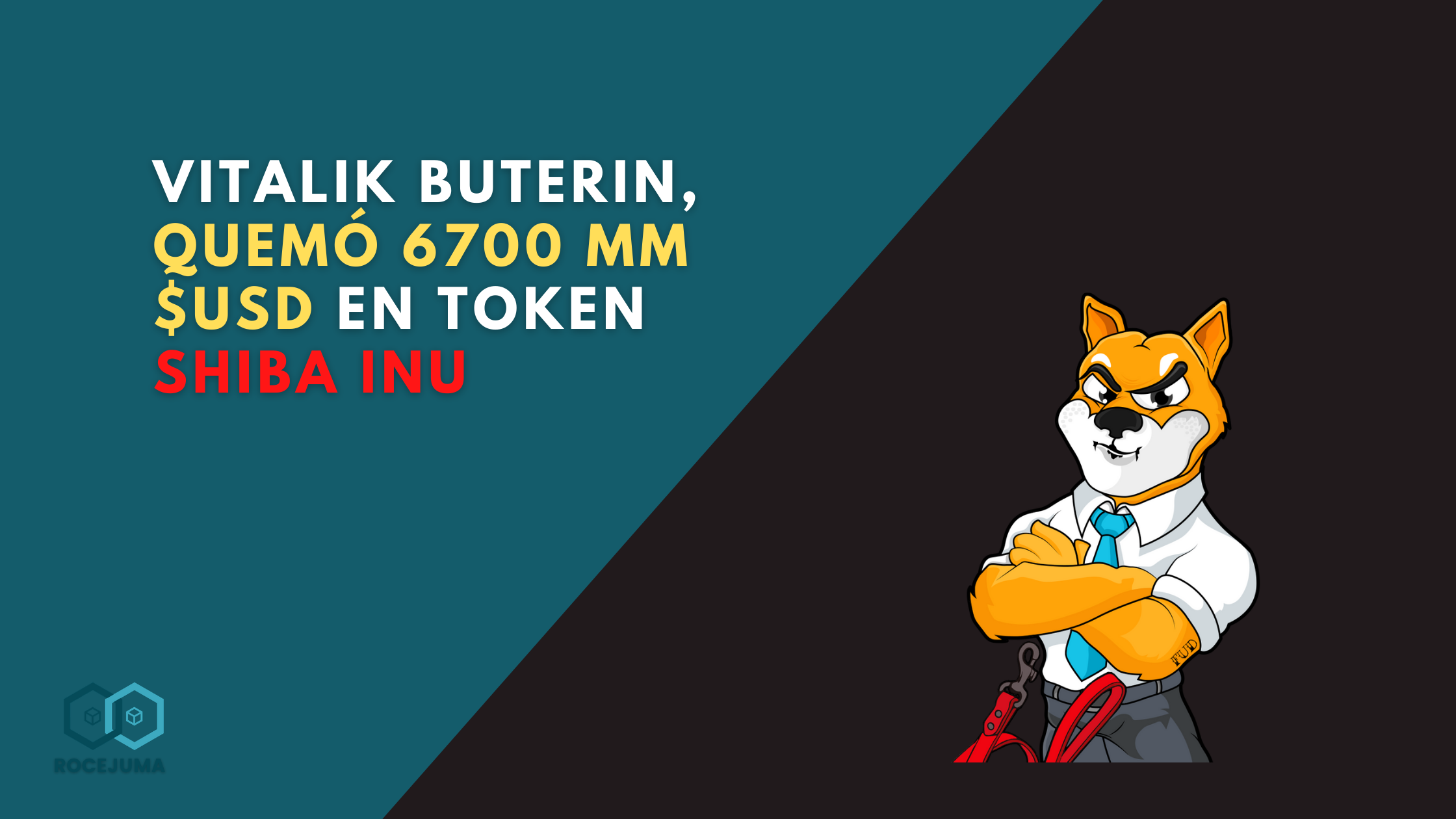 Well, to get into context:

SHIB is an experiment in decentralized spontaneous community building.

The developers at the time of creating the token, decided to give 50% of the total supply to Vitalik Buterin, with the intention that he would burn them eventually and thus benefit the community, which is theoretically the one that owns the total amount of coins in circulation.

This token has had a great boom in recent weeks and has grown exponentially, so much so that there have been reports of people who have become multimillionaires in just a couple of months and with really low initial investment capitals.

And subsequent to this, many people have been getting into the token, contributing capital in the form of long-term investment, but last week something happened that scared many....

Vitalik donated part of the tokens he had been given at the beginning.

Many people who were into the coin ran out and sold because they felt that Vitalik had somehow betrayed the trust of the developers who had trusted him to burn the tokens.

In contrast, many others in the community saw it in a very good light because they saw it as a way to further decentralize the coin. And finally, it wasn't until yesterday that news broke that Vitalik Buterin burned the other 41% of the tokens in his possession.

The donation was an incredible sum of money (50BILLION SHIBA INU valued at $1.2 Billion) to the India Covid Relief Fund, created by tech entrepreneur Sandeep Nailwal, who is also known to be co-founder and COO of Polygon, a protocol that adds scalable solutions to the Ethereum network.

The positive thing, on the part of Sandeep is that he relieved the tension in the community, explaining that he does not want to affect anyone and that the tokens will not be liquidated in full or quickly, but it will be in a progressive manner so as not to affect the value of the cryptocurrency and to dilute it progressively in the markets.

It is worth noting that for the last 4 days said project has been in a bullish rally where it has increased its value by 257%.

On the other hand, Buterin said:

"I have decided to burn 90% of the remaining SHIB tokens in my portfolio. The remaining 10% has gone to a charity..... I was very impressed with how the community treated the donations! Many crypto supporters have shown their generosity and willingness to not only focus on their own benefit, but to show interest in making the world a better place. I support all those who are truly doing this."

Also Vitalik asked the cryptocurrency community and future token developers to stop donating tokens to his wallet, as he is not interested in becoming the "center of the universe" with such actions.

If you are interested in belonging to the Erarium community (even if you only speak English), you can access our discord server here, where you will have access to more financial information and we can team up to make investments, trading and financial strategies.

In addition, you can follow us on our social networks, to offer you more interesting information about technical analysis, courses, personalized attention, airdrops, cryptocurrency bots and much more.

All images have been captured or made by me, and candlestick charts made in TradingView.

Congratulations @rocejuma! You have completed the following achievement on the Hive blockchain and have been rewarded with new badge(s) :