Is This An Uncirculated 1939 Canadian Dollar?

summertooth (72)in LeoFinance • 6 months ago 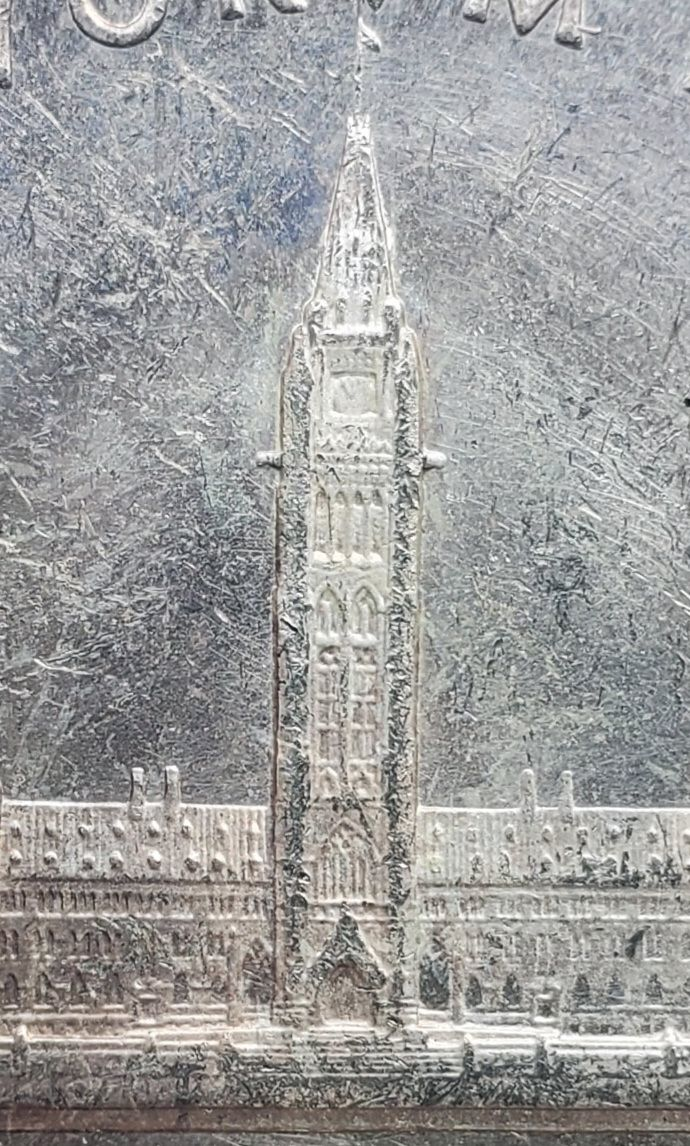 I was at my local antique shop (which also serves as my LCS -local coin shop) and I ran across this 1939 Canadian dollar coin. It is the second commemorative silver dollar struck by the Canadian Mint, the first was minted in 1935 to commemorate the Silver Jubilee of King George V 🎉🎉🎉 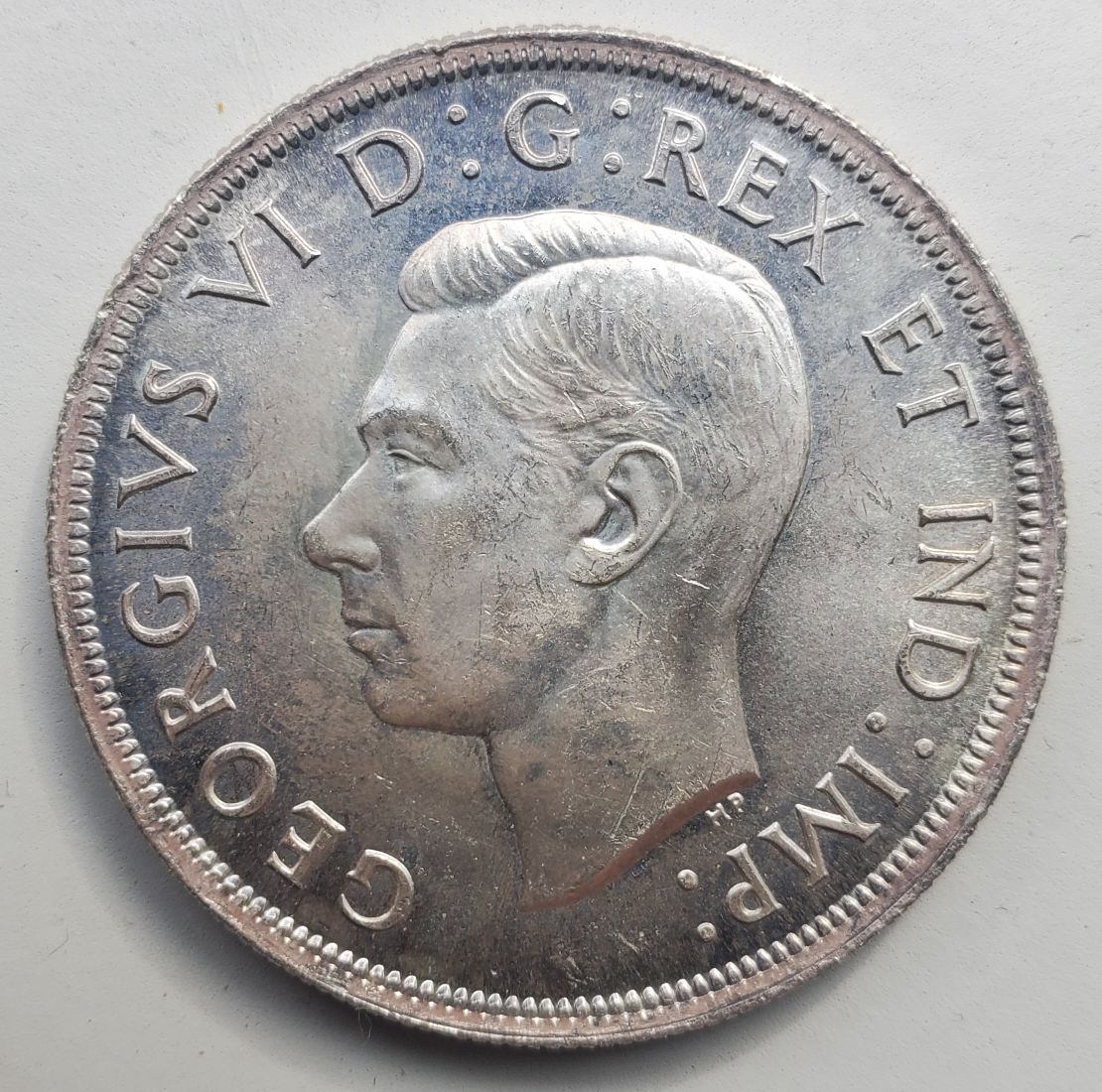 Wow, this guy looks like a real joy to be around, a barrel of fun, no doubt 🙃 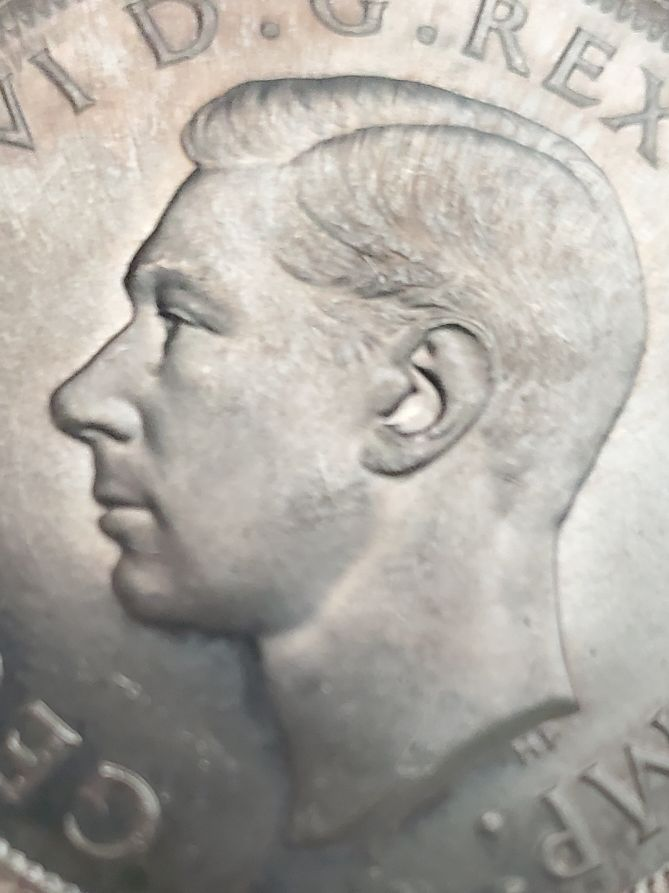 This coin, the second commemorative silver dollar struck in Canada, was minted to celebrate the visit of King George VI and Queen Elizabeth in 1939. The reverse of the coin depicts the Parliament buildings in Ottawa. The Latin legend FIDE SUORUM REGNAT (He reigns by the faith of his people) appears above. The design was created by sculptor Emmanuel Hahn, whose initials, EH, appeared on the original model.

So I've learned that uncirculated coins still have dents and imperfections on them and it's usually from being loose in a canvas bag with a bunch of other coins. As the bags get moved around the coins hit each other and make the little dents.

I'm not really sure how else to tell if a coin is truly uncirculated though. I guess the edges are a tell, and the edges of this coin are pretty crisp. Also the lettering seems to stand out pretty well.

What do ya think, is this coin uncirculated? 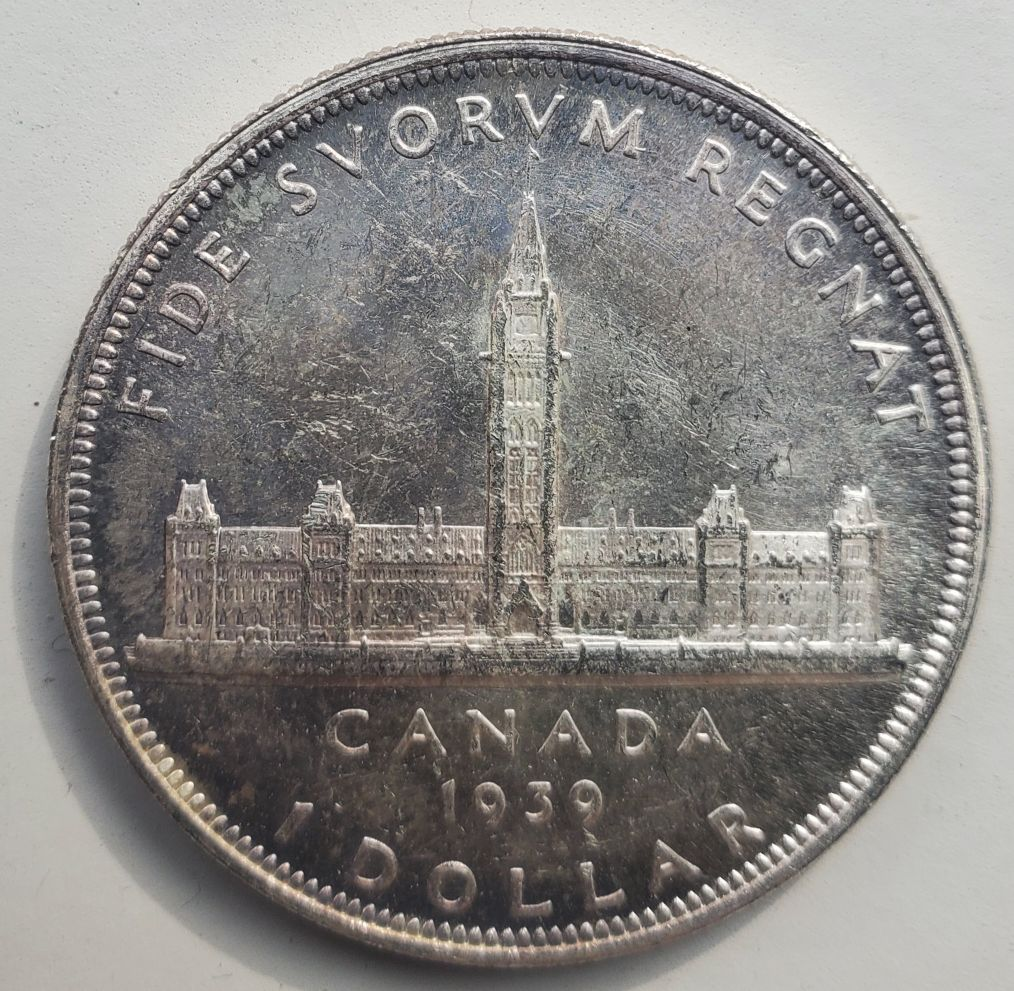 Regardless, I do like this coin. Keep stakin' my friends...

That’s most likely an AU-55 or AU-58. Canadian coins grade harder because they are 80% silver and a harder coin.

Interesting. So is it likely this coin hit circulation for a short time or is the almost uncirculated grade just a way of saying it's not mint state?
!PIMP

To me it definitely looks like it was circulated for sure. There are scratch marks on the high spots.

It looks very clean @summertooth , do they know what they have….🤔
I would take it home if it’s a good price!👍🤗

I did pick this one up @silvertop but I may have overpaid at $40
!LUV

Hard to tell on the reverse, looks good and typical matte finish. The king DOES show a slight wearing in the hair above the side burn, upper jaw, and outer ear lobe concluding that the previous owners liked looking at the building more than the king.

Thanks for the info Kerris! Is there a definitive site for Canadian coins like usacoinbook.com is for US coins?
!LUV

Bag coins can still have scratches from them rubbing up against each other. It looks pretty darn good to me! I hope you purchased it? Take care my friend! !LADY

Yeah this one definitely has some wear but I still like it. I did pick it up but may have paid a bit too much at $40.
!LUV

Some we buy at more cost and others at a lower cost........it averages out! Take care @summertooth and have a lovely day!🤗💜

Maybe technically uncirculated, but not in the most pristine condition.

Yeah on closer look it is quite worn for an "uncirculated" coin.
!LUV

I love this. It quite look like an ancient coin

It is a sharp looking coin!

This Silver coin is beautiful. It's in very good condition !

It sure is, glad you enjoy looking :)

if it's in mint condition and never been circulated, it has to be really pricey.

It doesn't take much to reduce a mint conditional, BU, coin, to a nice, but, not uncirculated condition. I like to touch and feel coins, so I prefer XF-AU coins, that can't be hurt, much. Thanks again, Summertooth - @summertooth.