The how and why of energy expenditure

tarazkp (82)in LeoFinance • 2 months ago

As a continuation on from the last post about the power consumption of mining Bitcoin, I think it would be good to have a look at some other aspects of this in regards to energy usage. 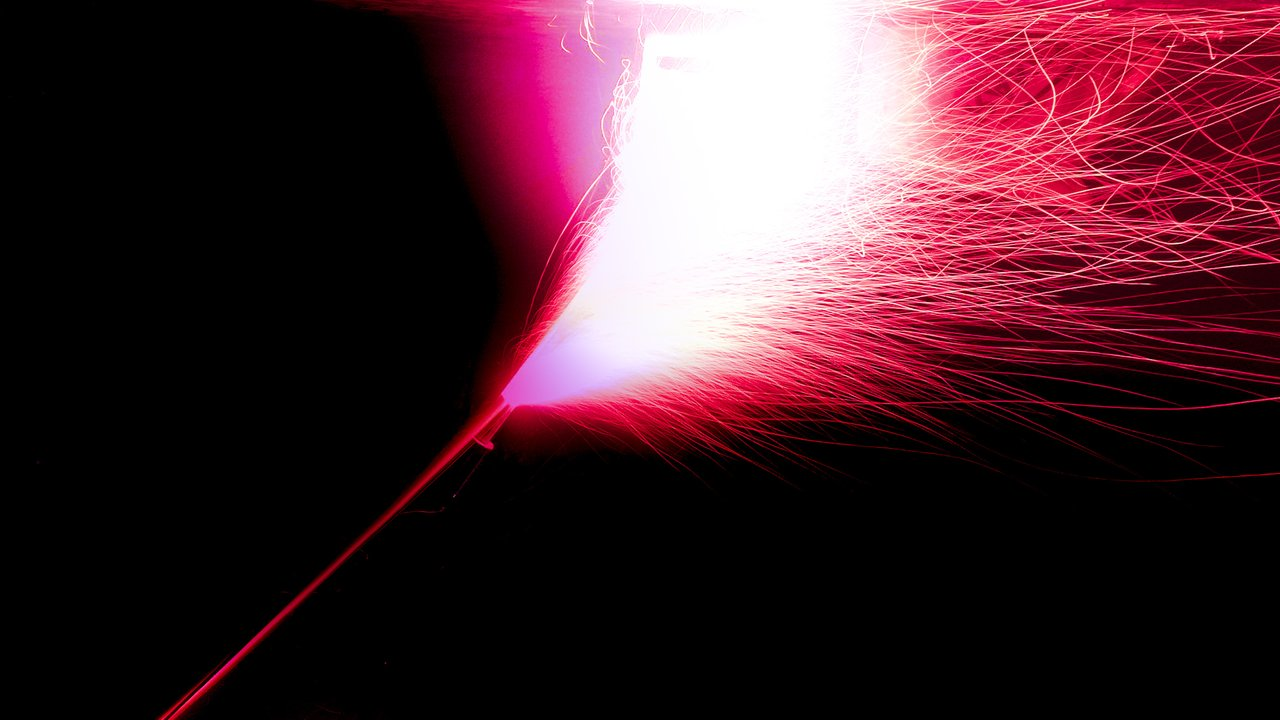 Firstly, regardless of whether someone can justify the energy expenditure on Bitcoin or not, there are hundreds of other areas where the energy used is far more harmful for the earth and for our own well-being. When it comes to resources, how they are spent matters a great deal, which is something that not many people seem t consider when they focus on one aspect, like Bitcoin mining.

For example, how much energy does it cost to create a Tesla and the battery - and how much does it cost to create a Tomahawk missile? The cost of each missile is over 1.5M. What about a tank? An aircraft carrier? People justify the expenditure on these things so they can feel safe or, they just don't care enough to do anything serious about it, even though they don't like it.

The way we spend our time matters too. It is a resource that we can use to do all kinds of things, whether in our best interest or in our worst and it seems that a lot of what we do has very little benefit for us and a lot of where the energy is spent by those who should have our best interests at their core, use it in their best interest.

The economy is fundamentally broken in many ways, but at the crux of it, it is because so few people have control over the way the resources are used. Money is a resource that has no intrinsic value other than being able to be used to purchase activity, whether in the form of goods or services. What this means is that the most important factor of money is how it is used, but because most of the wealth is in so few hands and those hands are for more homogenous than representative of the rest of the population, a lot of the wealth is used in ways that are detrimental to our experience, but increase the power and control of those who already have it.

As I said to my friend, the only way I see the economy improving is to replace the fundamental structure of it with one where the power is distributed very widely and in a way that makes it very hard to consolidate it again into the hands of the few. This means that the ability to control the value has to not only be spread, but what is valuable has to be able to change form at the behest of the people.

We saw this during the Steem takeover, where a community of users were able to decide to no longer take part in the economy and instead, start their own. Even as we speak, we see that while Hive is looking for ways to create a peg, the same people who caused the fissure in the community are greedily raping it, pushing the value up so they can extract it for themselves - they are the government and the corporation rolled into one and are exhibiting the predictable behaviors of that animal. Those others who are taking part there hoping for value from the governing lords, are doing it for the same greedy reasons and no matter what they say, they are no better than the governments they complain about in the global economy.

As said, how matters a great deal in regards to resource usage, but why matters as well. Energy used to improve and innovate value adding technology like better energy generation, better battery storage, improved medical equipment or a better economic system is energy well spent - whereas energy spent to maintain a broken status quo is energy misused, even if it generates a lot more money. The reason is that money is nonsense until applied, but if the most money is to be made in harmful activity or the process of making money itself, its capabilities are wasted - wasted potential, wasted energy.

Why make money if it is used to purchase harmful goods and services? This is the problem with it being in the hands of the few, as they tend to purchase in places where the average person can't touch it, making it much like a valueless circlejerk. If that same value was held in and under the control of many participants with a very wide diversity, it would be very hard to make very large purchases (like going to war) unless it really was beneficial for a large number of stakeholders. Who is going to use their wallet to buy the tanks, when the opportunity cost is to have a solar power roof and the car it can power?

Energy expenditure is very important since to date, we do not have totally clean and renewable energy sources, but what is most important is how that is being used. I suspect that a great deal of the energy is spent on totally useless activity, as much of what we do for jobs is unnecessary anyway. While many people spend their potential energy in front of Netflix and Facebook, many of the people in crypto are using their energy in an attempt to save the world, even if they do not recognize exactly how yet.

We have the ability to reorganize the control of the resources of earth to improve our own well-being and to ensure that we don't easily end up in the same clusterfuck of an economy we have now. Worth the energy?

The agents of change versus the laws of automated energy dynamics. Would you choose hope or ultimate stagnation? Leaps require energy, all right. And I would say that every sincere attempt is crucial since in order to succeed, you need to statistically fail more often than not, get up, and continue looking for a way out.

Because the Status...is not Quo
— Dr. Horrible

Quoted twice by me in a seven or eight days period.

And I would say that every sincere attempt is crucial since in order to succeed, you need to statistically fail more often than not

This is what I think a lot of people miss, as most people don't actually do much actively in this way and instead join the activity of others who have already succeeded.

We can't expect that most people would become leaders or innovators, now, can we? It's normal to be normal and exceptional to be exceptional.

Definitely not - this is more about being able to identify leadership and innovation. I can't sing, but I know when I hear someone who can and someone who can't.

Aye, identifying something's potential before it's history is a positive trait for the investor (of whatever in whatever).

I already read that it takes about a million liters of fuel for a rocket to reach space. This is crazy
But it has nothing to do with energy
But by inventing fictitious arguments, no more

Many look to undermine an argument by setting up strawmen, some unknowingly do it as they do not understand the core of the argument.

Currency (money) in today's system only has value because whatever government that backs it says it does. Poor choice if you chose the Venezuelan Peso. Not that my friends in Venezuela had any choice in the matter but their Peso is worthless in any useful sense. But the cost of servicing it takes the entire usage of the largest pool of petroleum known to exist today. That's energy inefficiency of an epic proportion.

I have good news and bad today. We have a new battery combination that is much better than Lith-ion at long term storage and weight per KWH. Way Better.

The bad news. It's Lithium-Sodium and brings Cobalt back into the usage. For those that don't know, Cobalt is generally mined by pre teenagers in horrible conditions in completely un regulated Brazil. A fairly large number of Brazilian children are going to have to die to take the next step up in renewable energy storage.

And how do we stop? We don't. We take the next step and the next in the forlorn hope that maybe we can reverse the carnage in the age of our grandchildren. Before it is too late for the entire planet.

For those that don't know, Cobalt is generally mined by pre teenagers in horrible conditions in completely un regulated Brazil.

Is it a pre-condition that it has to be a pre-teen? probably not. Perhaps one day, Boston Dynamics will create a robot to help do these kinds of tasks, instead of for policing and war. Perhaps if they were funded by crypto holders.

But that aside, I think this is the way of it and as long as we keep advancing with the goal of life improvement for all, I think that "collateral damage" is acceptable - But, shouldn't be accepted. The risk of collateral damage isn't well distributed across the global population.

Is it a pre-condition that it has to be a pre-teen? probably not.

It is just slightly possible that I jumped on my high horse just a smidgen early. Current estimates are that 30% of the Cobalt mined in the Congo is 'free market' cobalt. The 70% is pit mined with big equipment and skilled labor.

The 30% uses a combination of child labor, slaves and advanced money (slaves for a set period). It's enough to make it unsightly...

But I do agree. We NEED the cobalt to save the planet. Somebody once said "The rain falls on the just and the unjust." It is unfortunately true.

When we seek for more progress and development, we need to accept that we will use more energy resources. Electricity and economy is interconnected. The economy will not grow as fast it is today if electrical generation were never invented. Now, we boils down on how can we use it effectively rather than ranting on why things uses much energy.

Now, we boils down on how can we use it effectively rather than ranting on why things uses much energy.

Only vaguely related, did you pick this pic for this post because of the one you picked for the last one? XD

I did read both of them and in chronological order too because I managed to miss this one somehow even though it was directly above the other one in my grid view, I just don't really understand either of them

Yes, I did - just because they were related and I don't have many images of "energy" :D

I was hoping that people would see it something like this, to highlight the connection

That would be pretty cool XD but this is what I got: Near enough is good enough? XD