Cryptocurrency: Switching Chairs On The Titanic

Matthew McDermott sees an opportunity in cryptocurrency. This is due to the carnage left behind by FTX.

There is no doubt the industry was exposed due to SBF's massive fraud. On top of this, the incestuous nature of Wall Street, fraudsters, and venture capital money showed the industry to be nothing more than a prostituted version of the traditional financial system. This, of course, is giving regulators, politicians, and the mainstream media reason to attack cryptocurrency at every turn.

What we were dealing with was not cryptocurrency. Nowhere do we see any of the tenets that this industry was built upon. On the contrary, it was hijacked by those simply utilized cryptocurrency as another asset to be manipulated. It became a mechanism to bilk people.

Here is where the industry benefits from the collapse of FTX. This brought to the forefront how dangerous centralized exchanges are while also pointing out, in a large way, how little decentralization truly exists.

Ultimately, this provides an enormous opportunity for those involved in cryptocurrency. Everyone should be excited about this.

As we will see, Matthew McDermott is starting to get ramped up about things. 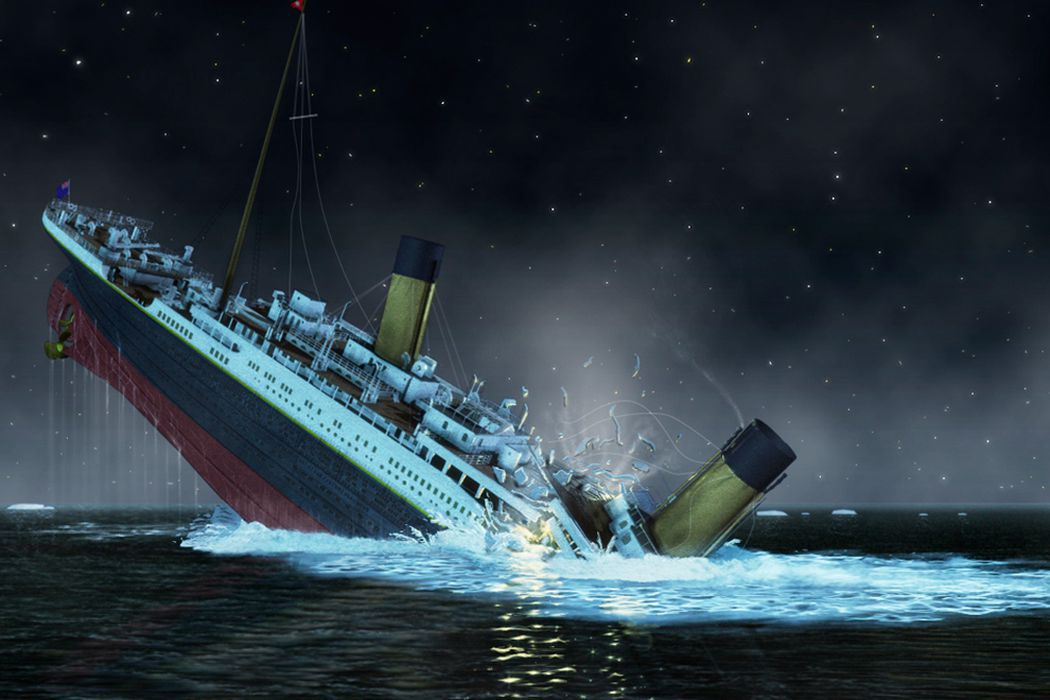 Chairs On The Titanic

FTX was a ocean liner that slammed face first into the proverbial iceberg. Everyone who was on that ship is going down. The wake is so long, it is actually taking everything with it, at least temporarily.

While this is a positive in the long run, it can be painful to endure. There is a period where we have to tolerate all the nonsense that goes along with collapses of this nature.

Nevertheless, with each setback there is opportunity. We now can approach things in the proper manner.

This is the view McDermott has. Unfortunately, his outlook might end up just changing chairs on this sinking ship.

Who is Matthew McDermott? He is the head of digital assets at Goldman Sachs. This should set off alarms across the industry. Naturally, many will feel it is a good thing. After all, how many people were begging Wall Street to get involved back in 2017? They thought it was great each time a major firm announced it was doing something with cryptocurrency or blockchain.

McDermott is no different. He sees a chance for the firm to start buying up assets within the industry.

in a recent interview for Reuters, McDermott said the FTX collapse had created some “really interesting opportunities” for Goldman Sachs. As such, the Wall Street giant plans to purchase or invest millions of dollars in some crypto entities currently “priced much more sensibly.”

Translation: Goldman Sachs sees the opportunity to be the gatekeeper for the industry, inserting themselves at the core of what is being developed.

How has this worked out in the existing financial system? When it comes to the banks, this is the one that leads the list of corruption. And here they are.

“It’s definitely set the market back in terms of sentiment, there’s absolutely no doubt of that. FTX was a poster child in many parts of the ecosystem. But to reiterate, the underlying technology continues to perform.”

Translation: the underlying technology is powerful and we plan to do whatever we can to get our greasy hands on it.

Of course, the politicians and media will espouse how things will be so much better with Goldman Sachs, a regulated company, in charge of things. Get rid of frauds like SBF for those who truly know how to be compliant and protect investors.

Can you sense the sarcasm?

Building So It Can't Be Hijacked

Some seem to think the continued discussion about decentralized and distributed is worn down. That writing more articles on a regular basis is just beating a dead horse.

Unfortunately, this mindset is to the advantage of companies like Goldman. As long as people believe this is not a vital topic, the centralized powerhouses will simply be free to take over.

The recent move to proof-of-state by Ethereum opened up a new can of worms. Suddenly, it was revealed how the second largest chain, by market cap, was becoming increasingly centralized. It was one thing to have it with coin distribution since that means little in a proof of work environment. However, the second they switched to PoS, suddenly block production was in the hands of a couple entities.

It even got to the point where there is discussion about KYC being implemented on Ethereum.

Just like FTX, this is not in alignment with the tenets of cryptocurrency.

The question is whether holding onto those values is realistic in the world or senseless idealism? After all, the movers and shakers are operating counter to what we are discussing here.

To get the answer, we only have to look at LINUX. Here we see an area that maintain the open and free mindset throughout. The industry spread, albeit over 30 years, to the point where it cannot be controlled. Much of the software is open source, causing greater replication as new project teams innovate on top of what went before. This is a model that can be followed, one that aligns with what we are trying to accomplish.

It is also an industry that was able to take out Microsoft. This is the company that monopolized most of the desktop computing world. One area where it failed to take over is with servers. Microsoft does not control the operating system in that world. Guess who the dominant player is?

Cryptocurrency and blockchain projects can follow the same path, as long as the tenets are held. If we do not, FTX will be replaced by the likes of Goldman Sachs. For the average person, this certainly is not an improvement.

There are a number of project teams on Hive dedicated to keep bringing out new features. We discuss the idea of the everything application. Hive takes a different twist by being the everything protocol which allows for a variety of applications to house all that is offered. In effect, we could have a dozen "everything apps".

Whatever goes on the blockchain is open and available to anyone. It is permissionless. When one team figures out a new way to lay down data, for example, anyone is free to copy it. This is a powerful mechanism in the area of innovation. While that process might not be sped up, the spreading of the feature can be as numerous front ends implement it.

A decentralized, permissionless database is very powerful. This is the defense against Wall Street and Silicon Valley venture capital entities. We know control is their main focus. If the data is beyond the control of anyone, they applications can always be build utilizing it.

This is the focus of Hive. We have a decentralized text database that is permissionless. From there, we can develop the front ends to enable people to engage in meaningful ways.

Actually, the picture you shared briefly sums up everything about the Krypto world.

!LOLZ 😜
Hold on to your life preserver!


Why was the river rich?
Because it had two banks.
Credit: reddit
@britishcoole, I sent you an $LOLZ on behalf of @stdd

Not really. What you are seeing is temporary.

It is a period of pain due to the FTX impact on crypto, but yes, I agree there are reasons to be happy for these moments as fraudulent projects are being weeded out.
Centralized entities are going to utilize the opportunities to build a strong base for people to seek their services.
The masses still have the choice to either be in control of their cryptocurrency through decentralized means or choose to be controlled with recurrence loss of funds.

We have to keep building. It all keeps expanding as long as we are putting forth the effort. Millions of people working in the right direction can change things rather quickly.

We certainly have lost our way. Regulation is unfolding exactly how I figured it would. Protecting the legacy financial system while regulating us out of existence or at least trying to. Regulation IMHO is about getting control of the crypto space not protecting investors.

Regulation IMHO is about getting control of the crypto space not protecting investors.

Of course. It is always about protecting the legacy and never investors.

Do you think things like - "our database was hacked" is just another excuse to eat up user funds before declaring bankruptcy and running away with funds?

Probably. The entire situation is a scam, con, and fraud.

So nothing said can be trusted.

Linux is a great example of what crypto can be. It is so versatile and given time it is more easily accessible to the masses. Plus all the different distros can be looked at similarly to all the different chains and tokens. Great stuff! We definitely need to remember who and what cryptocurrency was created for.

Congratulations @taskmaster4450! You have completed the following achievement on the Hive blockchain And have been rewarded with New badge(s)

Just keep building. There are tons of that projects that fail and it's just another thing in the machine. The applications that do succeed will take its place and it's an opportunity for a ton of people.