Hive: Monthly Distribution Report Through 11/30/2020: Orcas Having A Party

For about two years, I did a monthly report on Steem called "STEEM: Whales Are Losing Their Power....The System Is Not Broken". This took a look at how the distribution of Steem Power changed on a monthly basis. The presumption on there was that the Whales were just getting more powerful when the reality showed the exact opposite. When it came to Steem Power, over a two years period of time, things were flattening out.

Of course, we know that Steemit Inc selling part of the stake each month had a lot to do with it. Unfortunately, as we found out, not enough was sold.

I decided to bring this report over to Hive so that we can monitor how things are going. I am going to use the first chart I have from Steem as the initial basis since Hive has its roots there. The chart is pertinent for all categories other than the Whales since we know that is much different than on Hive due to Steemit Inc.

Each month I monitor what is going on with new accounts and the amount of MVests in each category. I do this to determine what trends are taking place.

Now that we are at end of month, time to post the numbers again.

I want to thank @arcange for the work done each day compiling these numbers and making the charts.

We will be showing 3 months worth of data for analysis purposes to see how the 90 trend might be.

The first chart is from August of 2017, the month I started on Steem. It is placed here to provide some contrast to see how things are changing over a longer period of time.

Here is the breakdown. This was a very good month for the distribution.

The Orcas were the only ones to gain. They were up, as a group, over 1%. Every other category was down except for the Minnows who were basically flat.

It was a near tie with the Whales and the Dolphins both being down a bit over .5% for the month as compared to this time a month ago.

Those numbers only tell part of the story. Between the two groups, the Dolphins actually did well. They were down, as a percentage of the whole, because 4 graduated to Orca (the Whales lost one who moved down to Orca). In spite of that, they were able to add 6 new members, net. That means we saw 10 accounts enter into the Dolphin level.

The reason why Dolphins gained in number yet lost in percentage of the overall is because those move out of Dolphin status had 10 times the amount of MVest as those entering. Thus, to remain equal, 40 new Dolphins would have needed to be minted.

It is good to see an uptick in the total number of accounts at each level.

This tells me that many accounts at the lower levels are working at adding HP and growing. The system seems pretty consistent in the results. Over time, more accounts enter the different categories while amassing more influence.

The only drawback is the number of accounts we are dealing with. Greater onboarding success would likely result in a faster shift in these numbers.

HIVE needs to be more decentralised. Top 20 witnesses need competition. DAO need more proposals of all sizes. This is not overnight task. We’re heading in the right direction

Hello Nathan! Consider the witness that I work with @lootkit.witness.

We definitely have a good growing group of builders, but many of our witnesses are stuck under cancelled steem witnesses on the list!

I agree completely. Smaller accounts have the power of numbers behind them. If a lot of them get the motivation to power up and increase their influence, they can have a major difference.

The challenge is that they fail to see how much of am impact they can make. An account that goes from 100 to 200 HP, does not seem like much but that individual basically doubled his or her influence on the platform. Alone, that is not much. However, when combined with similar efforts of a couple thousand people, that can make a major difference.

That is why everyone reaching Minnow level is so crucial. From there, we can add more Dolphins and Orcas. But it has to start somewhere.

I am on the cusp of orca, and will keep stacking during this accumulation phase!

The improvement in curation has been tremendous and so has the distribution. This is why I decided to buy in. I think this is something we need to make noise about because I think it would bring back many who left and they will be able to help us reach new users 😀

Wow and to think that I started being a little fish back in July 2017 when I arrived, unfortunately I did not have the time or dedication to be able to publish once a day if I would have done it from the beginning of publishing once a week I would have been in another condition but still I have grown more than I expected
So now as a dolphin I can see that I have advanced a lot but I think I will stay there for a long time since from the dolphin from the base of the pyramid to the end it is a fairly large stretch of 95 k
Thank you for such a fantastic comparison and graphs that show us the degree of evolution of our platform.

Well actually, to get to Orca you need a little over 50K.

But yes, each level is a bigger step up. That is why the numbers drop off in terms of total accounts. Over a few years, with an increased following, who knows, you might see Orca status too.

what's interesting in my eyes is the fact that mostly everyone is motivated and watching the bigger picture! they have found the communities they want to be part of and are giving their best self! Also the pump in other crypto plays its role!

Communities hold enormous possibilities. It is a way to bring on a lot of new people.

For the time being, we are in crawl phase. It will take a while before we see any rapid shifts in the token distribution. For that, in my opinion, we need much bigger numbers.

Overall, things are heading in the right direction and the establishment of other wealth centers is required.

For that, in my opinion, we need much bigger numbers.

exactly! communities as hive itself need to attract more people! Communities will focus on specific groups like people around finance tech or weed :P hive will try to make everyone join and then to choose what community/communities to delve into more deeply

Communities will focus on specific groups like people around finance tech or weed :P

Only if they start reaching out which does not seem to be the case. Leofinance appears to be the only one with some onboarding ideas. Perhaps I missed the road map of others, but I havent seen too many communities talking about getting more members.

The talk of communities is all potential until they start to do something to grow their numbers.

yep i agree that's why i feel so frustrated. I see such potential to a lot of communities and yet little to no action at all

No one goes in Deep like You
@taskmaster
its a big effort to creating Post like this
when i write any post its take more then 2HOURS.
and i m seeing your work its very unique maybe its take more then 3 Hours to closing Bundle of information in One POST

That’s some awesome metrics dude. I want to explore more in this for long term trends, I like that we are definitely moving a good amount of people into the different categories! Wonder who the whale is that lost whale status

Wonder who the whale is that lost whale status

I am sure there is a way to find out but I am no where near capable of that.

Its always interesting to view stats on the number of people hodling and powering up. It also nice to see if the blockchain is decentralizing stake, as DPOS can start with a small number of whales, but gradually if the system can decentralize and spread out the rewards. I think DPOS is set-up to encourage a reward economy with daily reward pool and upvotes coming from there versus people's wallets. I hope this helps engagement, retention and recruitment.

Slowly it is. Not the greatest pace in the world but this was the case since I started to chart it on Steem.

It seems to be the change is constant yet it takes a long time to be noticeable.

Next month I will do a comparison to the start of Hive, maybe after the first couple months since there was a lot of powering down taking place.

As I type this, maybe a 6 month comparison. 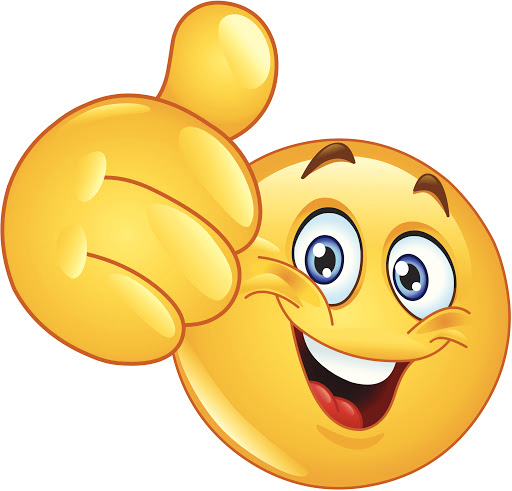 the distribution of Hive has changed enormously since its creation.

There is a lot more balance and I hope there are more dolphins out there, indicating a wider distribution of HP

Interesting these data, thanks oer sharing

Of course I will give My vote in favor, what useful information makes me understand more the blockchain the hive