themarkymark (80)in LeoFinance • 2 months ago 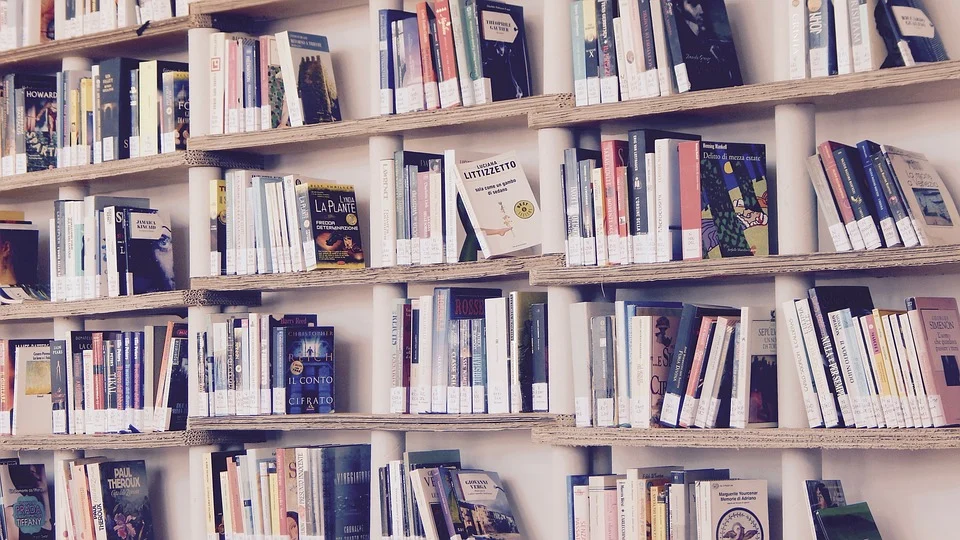 Curation rewards varies dramatically from one tribe to another. I have seen as low as 8% APY to as high as 500% APY.

I reviewed all the popular tribes and analyzed the curation rewards potential from each tribe based on the larger stake holders in each tribe.

Rewards will vary based on tokens in distribution and how many tokens are powered up and used for voting. If you watch the tribes curation rewards over time you will see they can vary dramatically over time. 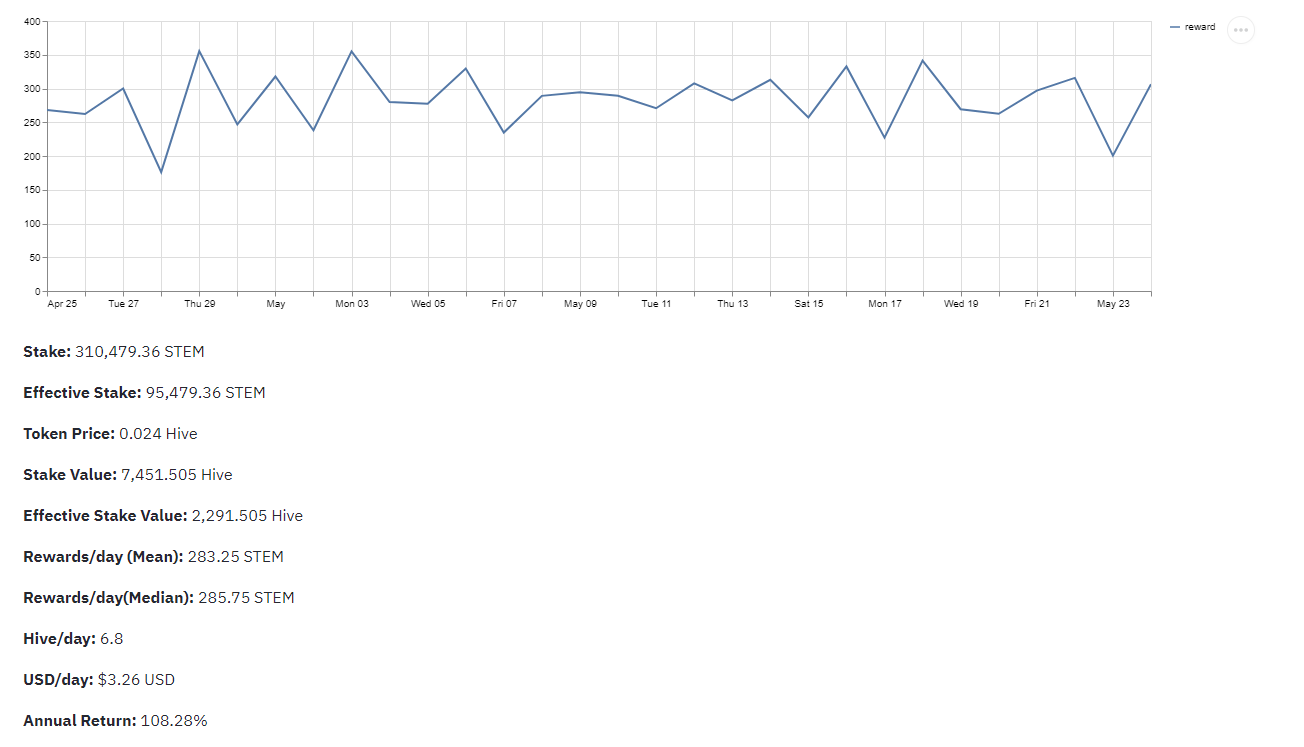 Right now, Proof of Brain has the highest curation reward yield at 295.53%, but down from 500% the last time I checked a few weeks ago. Take these numbers with a grain of salt as they may change quite a bit in even just a week from now.

You can use my Hive Engine Curation Tool to see your own curation returns. Keep in mind if you stake / unstake a significant portion of your stake recently or change your voting habits, it will affect the accuracy of the results.

I do not understand the difference between staking and curating rewards. I get it that when you stake coins you get a fixed amount paid to you. But the curation of tokens I do not get.

Tribes do not have any staking rewards. Hive yields around 3% APY for holding Hive as Hive Power but Tribes do not.

By having tokens staked though, you can earn curation rewards by voting on posts within the tribe.

Oh I did not realize that. I thought when you staked coins on HE you get dividends kinda. Regardless of voting habits.

So I guess I have to stake and vote, that makes more sense in the term of curation.

If people would focus on interaction and on supporting each other and also others (not just/only in a small circle), instead of focusing on the monetary value of things, then this platform would thrive. This platform would be a huge win for everyone.

Are you saying I should dump my valuable PAL? 😛

POB is still the highest. Drop from 500 % to almost a half. I prefer to focus on one tribe because I can accumulate my rewards to increase the reward from curating content on POB.

Just wondering if STEM is really over 100% APY because of @amr008's engagement project. I think more or less the APY I check there is a lot different (I think it was 17% or so). I do know that it doesn't always use up its VP though so I guess it could be maybe 2x which would leave it around 30%+ or so.

The reason we aren't able to get that much is because we aren't using our VP to the fullest due to lack of activity as well as STEM pays 50% staked and 50% liquid . So I can only give out Staked .

Ah ok. I haven't really had the time to go look at STEM lately but maybe I'll get back to it eventually.

Thanks for the numbers.

Stem APY seems to be very promising. Never tried though. I am really using your tool at-least once in a day to compare where do my curation APY stands against the competition. Its a really awesome tool. There is another tribe called Broadhive. Is it possible to find out the APY for this ? I tried checking the tool but could not get through the same.

The percentages will drop dramatically in the coming weeks

Thanks for the report

Very interesting curation statistics as regards tribes. Pretty neat little tool as well. I use another one that is slightly different put together by AMR008. Both yours and his are very useful!

Oh wow, the tool can be used for some other cool purposes too it seems! Thanks for sharing it!

It looks like a useful tool for token holders. Will check this out.

That curation tool is fantastic. Can I export data or expand the time frame? Thanks for creating it.

There is no export, but the further out you go, the more inaccurate it gets.

Now I know why everyone is chasing POB....

I think it is more the sell price as not as many stake for curation rewards.

Is this saying that I am buying high and selling low?

This one is making money?

Yes and yes. I find this tool super helpful as people tend to misestimate their buy/sells.

That will be helpful.
Thank you for making it available.

Is it possible to get a sum total of profit/loss?

I can probably add that

Just checked your curation tool, given i am useless fintech noob still what exactly is the difference between Stake and Effective Stake?

Effective stake factors in delegation in and out.

Makes me confused even more seeing the numbers then, no worries though

This is what my tool says for you. This is what your wallet says

I am not sure where you get the numbers you are saying.
It looks right to me.

Yeah - I saw that overview and it sounds mathematically right from the visual stats but..... (too long to explain, not your issue - all good mate)

btw themarkySCAM you never came with the APY for LasseCash... but you came with a bunch of BS fake APYs for "tribes" with no public leader... I dont believe those numbers for one second.

You will lose this fight, trust me! 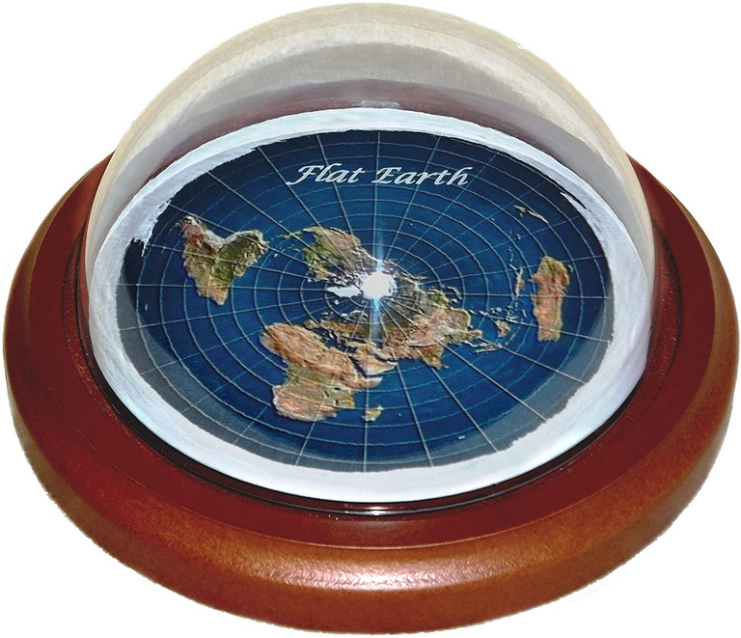 Dude how you run these numbers? will you do it for LasseCash, would be curious to see what you get:

Look at this GREEN MOUNTAIN folks!

It does keep showing up in my wallet lately. I'd never leave POB.
Is it worth adding it to the tag list or are you guys only into the front-end?

LasseCash is the strongest tribe, if you ask me. Good luck buying, almost no sell orders.

You have 8 million of the ciruclating supply of 30 million at a maximum of 51 million.
Looking at that link you gave that guy no upvote for his epic post while you upvoted your own comment for 2k.

Not a great first impression to be honest.

He is also the #1 "author" on the tribe by far.
He is also his own favorite author to vote on. Nothing wrong in leading by example, no one knows the future, maybe one day I will post less, when the tribe has more tribe members.

Until then, it's your own little circle jerk

Naa, think of it as a strong military that guard the icewall around us on flat earth!

You are not thinking 4 dimentionally Marty!

If you had read my comment, a 100% upvote is upcoming around midnight, giving people the option to vote before and earn Curation Rewards.

Not sure I have time for you, as you clearly are behind of LasseCash... Price can literally almost only go up from here, because of a lot of buy orders and almost no sell orders.

We learned a lot those last 2 years and build-ed the strongest tribe. Think of it as a strong military guarding the icewall!

is 4D compatible with 5G?
well good on you, we were told we'd all get rich through the power of crypto controlled by such pinnacles of awesome people with such ethical compasses too, now all our dreams came true and it is lambo time.
The new dexes with the interfaces and the dapps with the stuff and things are gonna next level this stuff, even the Rick and Morty features coming soon......like hopping dimensions, then you can get even more coins

I have bad memories with you, sorry but thats the truth.

Now forget the past: 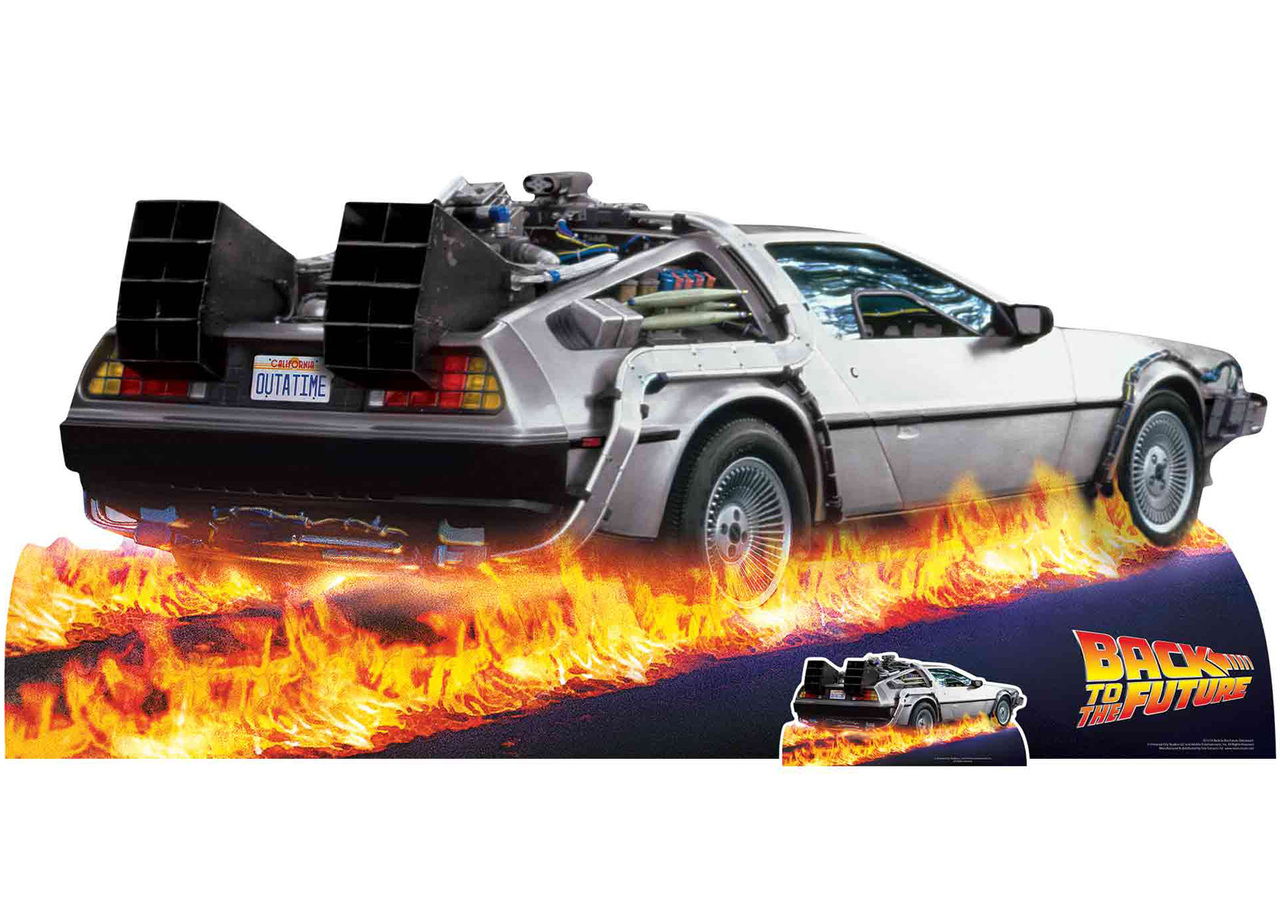 I'm sorry but you have that with anyone who is a strong female at times and you gave out tons of tokens , a type of airdrop if you will and then were mad people sold them,
I am so sorry I didn't make it as an angel and I forget the past every day. You wouldn't DARE say that to Marky cause he's a whale but will say it to me but that's fine dude. :) Oh wait, you did, dayummmmmmmmmmmmmmmmmm Hey, if you're kicking ass then good on you but nobody on here is on here as long as some of us without some battle scars (pun intended).

If people are mad I literally do what I want with my own money or in this case you dropped tokens then that's on them. People are allowed to do what they want on votes or staking or not staking or voting, and it's just funny @themarkymark just posted facts but yeah...let's forget the past where you literally got mad at people who sold your drop.

Moving on and wish you much wow and moon

Proof of Brain has issues with some stuff like any other Community as humans are gonna human but OVERALL it's a solid place that self polices with Whales that aren't doing massive self UV (also absolutely a right) sooooo......... am here for the fun and to support what I think is the best and least caustic groups along with a few other favorites like information war, deepdives and a few others.
Peace,
Axey...yes over 4 years of fun and counting!

Why doesn't the same apply to your comment, though? Wouldn't you want to give curators there, the same chance?

Since you are asking, the reason I upvoted my comment was to make it noticed, not the reward.

LasseCash is the strongest tribe, if you ask me. Good luck buying, almost no sell orders. Likely because you get most of the tokens.

Thats no secret, have you studied HEX? Similar thing, and up 1200x in 1.5 years. You will probably never understand it!

HEX is the best crypto in the world, and LasseCash is maybe in top 3!, so go do your retarded BS on the hive blockchain, while we the real people do real work!

It might grow big one day. I have earned a bit already :-)

Bigger then you know.

Sir, you are EVIL! Why are you hurting me? By mercilessly giving me a negative vote to leave me with nothing! I ask for divine justice for you. May God dispose of you and yours, so be it!

Is it me you are talking to?

No friend! With the one who manages that account. I looked for something that looked like a direct post from that blog and I thought that was one. It is impotence !! It is not fair that they destroy you for the pleasure of making it someone who does not know you leaving you with nothing. Excuse me, it was not my intention to cause you displeasure.

I am sorry I dont understand what you write, its unclear to me, are you on discord?

ok which server are you in or will you come to lassecash server? https://discord.gg/5JW2w9t

I'm on your server, what is your name so I can contact you and explain