upvoteshares (56)in LeoFinance • 11 months ago

There has been an airdrop to the @upvoteshares account from Blurt.blog which is another fork of Steemit. Upvotes on that platform won't be supported but I did start converting the BLURT into HIVE a while ago and plan to use them in a way that benefits the project here on hive and all the shareholders. This is what I have in mind.

A total of 5751.794 BLURT was airdropped. It was not worth all that much at the start and I just neglected it but started to convert it into Hive when the price went up cost averaging us out during the power down. 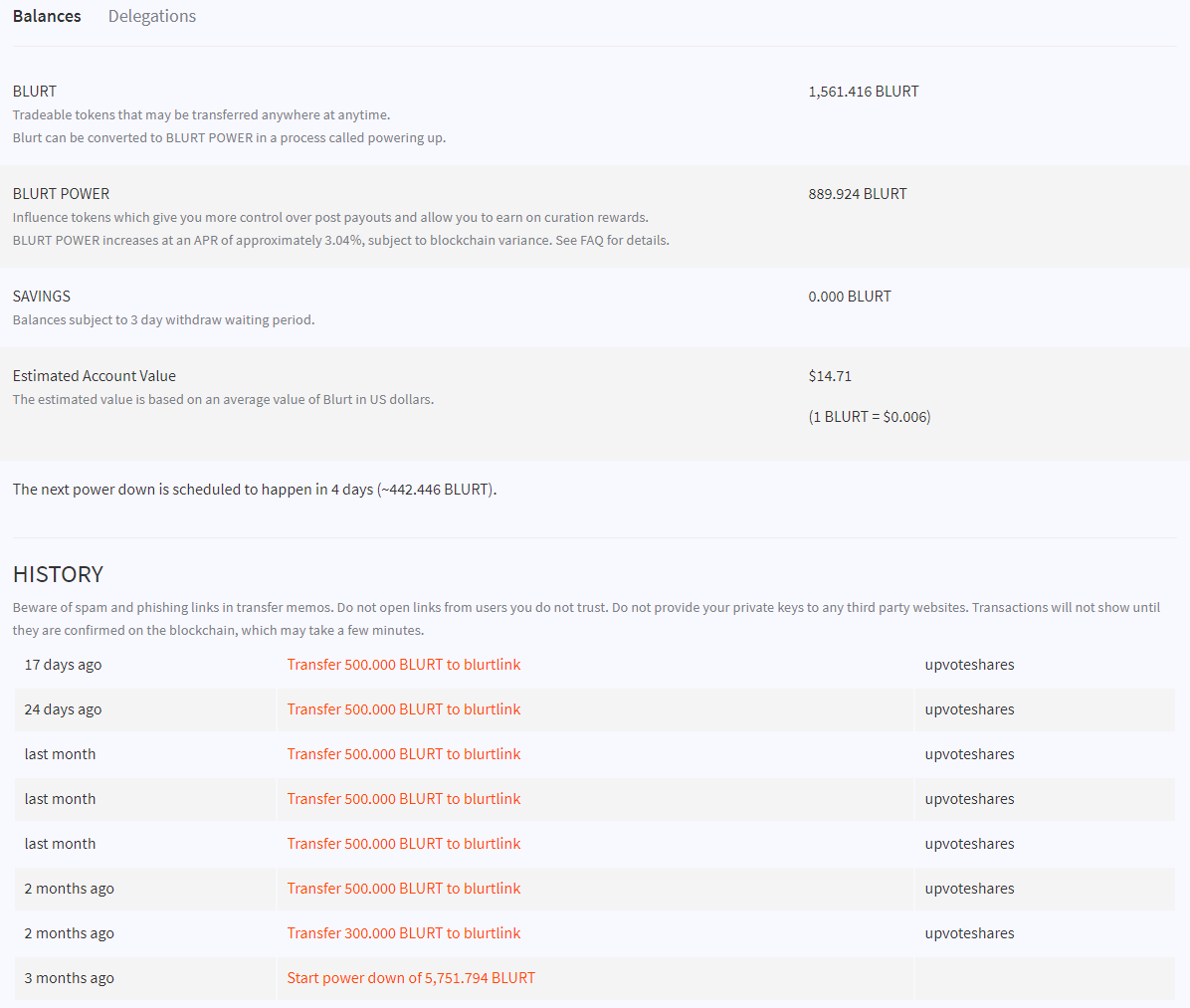 All of it at the current blurt price would come at around 185 HIVE. I did manage to get ~320 HIVE in hive-engine with 2451 Blurt left in the Blurtwallet. This is what I personally have in mind to do with it which I believe is a fair balance benefitting the project and shareholders directly. Feel free to give me suggestions or feedback. It is not a major amount but still a nice extra.

Anyway, these are the things I had in mind with the extra funds which all benefit both the project and the shareholders. I will continue to monitor the Blurt Price and sell some more in case there is a pump. As I said before, feel free to leave suggestions and remarks in the comments below.

I have been happy with all the help and the methods in which you use to further the accounts reach, so I guess continue as always, you have always made the choice which best serves us.