The Coin For The Crypto Class Action Lawsuit Against Google/Facebook Is Hugely Undervalued - How Will $500B Help Us All?

Ever since talking to Andrew Hamilton (@apshamilton) at Steemfest in Poland several years ago, I was fascinated by the prospect of our community coming together to drag Facebook and Google into the dock to claim compensation for their attempt to shut down both free speech and cryptocurrencies during 'the great crypto crash'. The next hearing of the case is coming soon in Australia and I happen to be there too - what can we expect if half a Trillion USD leaves Google/Facebook as compensation to crypto holders? 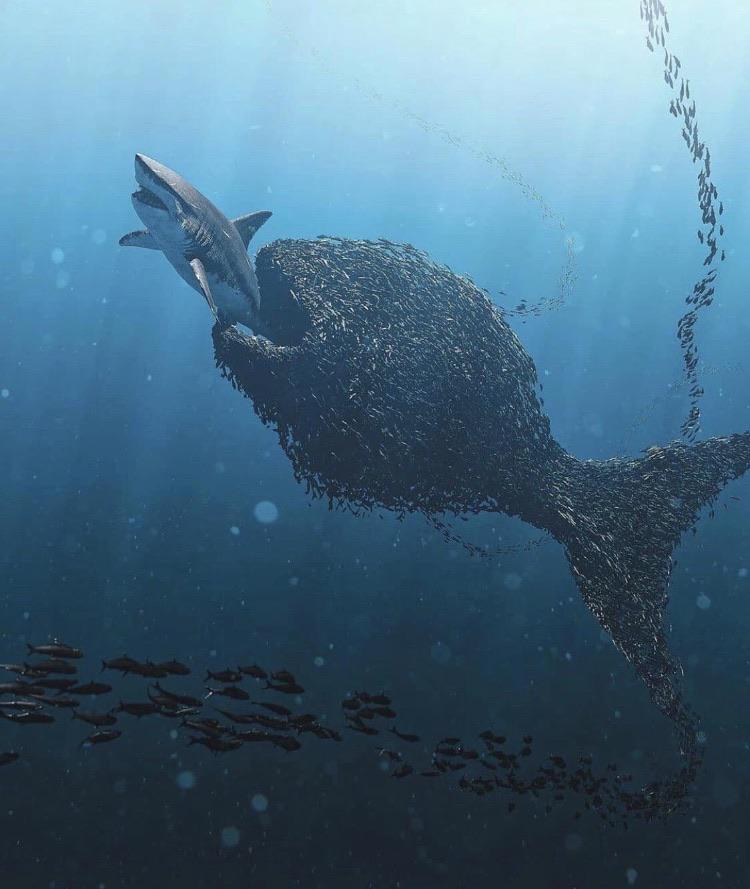 The Jpb Liberty (@jpbliberty) project's assault on Facebook and Google, run by Andrew Hamilton and @brianoflondon (among others), might be one of the world's least understood and least known massive investment opportunities. Despite gaining some mainstream media coverage in the Daily Mail, the project remains almost totally unheard of outside of the Hive (and maybe Steem) blockchain communities, from what I can tell.

In case you are unaware, the gist is that the massive crash in Bitcoin and other crypto project's prices at the end of 2017 happened only days after it was announced that Facebook and Google were banning advertising of Cryptocurrency projects on their platforms. Since those platforms carried 2/3 of all internet traffic, it meant a major setback for projects seeking to gain public acceptance and focus.

The class action lawsuit that is now well under way, seeks to claim back compensation for losses made by the the entire crytpo world during that period. Not only did they apparently sink an industry just as it was gaining traction, but they (crucially) prevented their competitors (Such as Steem) from advertising on their networks, which is illegal.

The anti-trust (anti-monopoly) laws do not allow a business to prevent it's competitors from advertising on it's systems and this is what these companies did when they blocked Steem projects from advertising with them - both Google and Facebook operate social networks, just as Steem was.

The compensation has been estimated in the region of half a Trillion US dollars! While many have been sceptical that such a case would ever succeed, the reality is that the case is going ahead right now and gaining momentum.

Google and Faceook have both been the target of various governmental assaults, seeking to real in their power and so this class action lawsuit fits right in to the feeling of the moment in many halls of power.

One of the cutting edge aspects of the class action case is that a token has been created on Hive Engine just to handle the funding and reward payout from the case. So whoever holds the tokens when the case is finalised will receive an appropriate split of the payout. This makes the SUFB token perhaps one of the most undervalued assets on Earth!

We will have to wait at least a few more weeks to get an update on the class action case, but for now you can easily go and use some Hive to buy SUFB tokens on Hive Engine - if you, like me, think this case could well resolve in our favour.

It will be a major change in the right direction if the early adopters of crypto and innovators get a big financial boost coming directly from the mega corporations who have tended to most exploit people and shut down free speech online.

What would you like to see the crypto world spend half a trillion on? :) Judges are 97% bought and paid for unfortunately. Don’t assume much 😢

First I've heard of this. If it's happening overseas, it might have a chance. Smart idea of the token, though I have to get past the way lobbyists influence things here in the US to even imagine something like that coming to fruition. But Godspeed anyway!

I think its pretty clear that the Australian Government doesn't like Facebook & Google at all and that its way too late for them to be buying lobbying to save their butts in Australia.

In any case Courts in Australia are really quite independent. Judges are not elected like in the US. Judges may have biases (ie if them were Union appointees) but these biases are only relevant in the context of traditional Australian domestic matters.

Australian government is not fighting against these troops performs but kissing there booties in my opinion. Just all talk publicly

Thanks for your helpful replies Andrew, looking forward to updates on the case this month if the judge takes some action. I could even attend a hearing as I'm in Sydney if that's of any use at all.

Absolutely criminal should be held accountable for their behavior I just had to deal with a bunch of thieves and had to repossess my stuff yesterday with full knowledge from law enforcement about my actions.

I'm not familiar with how these cases work outside of the US, and I personally LOVE the idea of this buy-in coin, but...

Could this hurt your case, in terms of the settlement? A judge may be reluctant to issue a large sum, since ANYBODY can buy in to the payout. What would stop Google and Facebook from getting a bunch of these coins, and having the settlement go right back to them?

The SUFB token only represents 25% of the damages of those that have signed up for the class action. That's about $1 Billion in claim so far.
The vast majority of damages goes to the victims so Facebook buying SUFB tokens would only be a very minor hedge.

I picked up some of the tokens a while ago. The biggest problem I see is even if they get a decision against them they will probably appeal the case into oblivion. The best we can hope for to actually get some return on investment before we pass on is a settlement.

They may well appeal but this only adds another year or so.
Most Australian class actions take 3 - 7 years from commencement of proceedings to finalise and we are 9 months in.

Ah, okay, thanks for the information! Is settlement on the table if the price is right? Do you think that is the most likely outcome?

I doubt it. These platforms control governments are better put are in bed with them unfortunately. It’s just the truth! We need to get outside these system’s

Based on both evernoticethat’s and apshamilton’s reply I think if this token was funding a global suit it’d be absolutely perfect, but I’ve seen first hand how the laws are applied in the U.S. and I have zero faith the U.S. gov is going to take $500 billion from corporations and hand it over to the rightful owners. Justice just doesn’t happen on that level here, if at all.

It is a global lawsuit.

An Australian judgment for global damages for cartel conduct can be enforced all around the world. Facebook and Google have assets in a large number of countries and a judgement can be enforced in each of them.

Even if the US wouldn't cooperate (a dangerous move as Australia is an important ally) most of Facebook's money is in Ireland (for tax reasons) and it has important assets in Europe, Israel and many other places that will enforce an Australian cartel judgement.

But is this token funding it entirely with the all proceeds going to token holders?