"A Dollar a Day" for Managing my Soccer Team on Hive

uyobong (72)in LeoFinance • 2 months ago 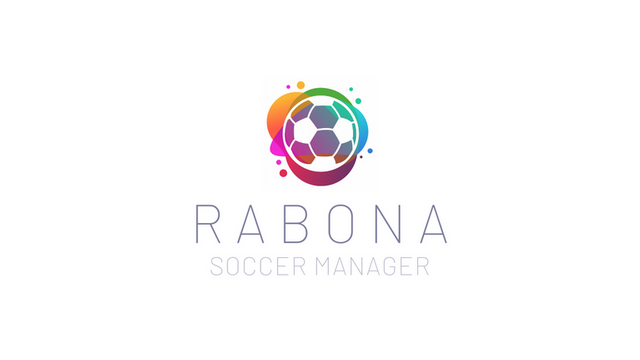 If one had told me that what I did as an addiction 13 years ago could start fetching me some and even paying my data bills today, it would have been hard to take. I know how much I had spent in soccer gaming championship and tournaments. Nothing I could boast of that I derived from each, instead, at some points, I regretted having spent that much for the fun I really wasn't happy with. Today, on Rabona, we just have one aspect of the gaming experience and it pays off with loads of rewards today.

Managing my Soccer team for the last 22 weeks has been nothing short of fun especially with the innovations that are added to the game on regular basis. Beyond the fun, I had seen the soccer management game as a true crypto based business that required some skills and cognitive ability to fashion out to a success. I have improved on my virtual project management skills since I started playing Rabona game.

I've successfully built my team's asset to some appreciable extent and it has become a full business venture that one have to consider possible profit and loss before venturing to build or add more assets. They presently stand as follows:

These assets at their present status are worth over 30 million RBN tokens that are presently worth over $30 and good that all of that sum has ben earned from the course playing the game over the last 22 weeks.

With each passing week, things change positively around the game and it becomes more of a business and an investment than just a soccer fun. With this, I can say that the coaching career is a lucrative adventure. With the subsequent creation of the Rabona exchange which allows for RBN to PEG.HIVE exchange, we are now able to cash out your RBN earning at will and perhaps send it as Hive to a decentralized wallet.

The RBN- HIVE market has witnessed a rigorous price action over last two months of its existence and trying to bring the RBN value in tandem with HIVE price. Presently, 6.5 HIVE ($2) would be able to fetch just 1 million RBN token and depending on your performance and business model, a team as much as 10 million or more per season. As shown in the chart above, 1 million RBN token traded for as high as 18 HIVE ($5.5) as at 2 days ago.

It was interesting to see that on the last season, my team had earned as much as 25 HIVE ($7.5). A season lasts for 7 days which implies that the team earned at least $1 daily on the average. That's much for just catching the fun of training my players and have them go play matches.

A dollar a day for Managing my Soccer Team on Hive blockchain is becoming a lucrative adventure. I can't wait to reach level 10 for my stadium, catering and shop capacities when I could possibly earn as much as 10 RBN tokens at the end of each season.

It's still a great time to join us and also catch the fun while you fill your bags. It can only get better!

I would to try this game
But I need to take a little from your time and ask some questions:
How Much should I invest ?
and What time needed to gain profits?

How Much should I invest ?

Still, you need $5 to get the starter package for the game and you can buy as much RBN as you wish from the RBN Exchange depending on your budget. It all follows as to how well you manage the team.

and What time needed to gain profits?

I can't say, the more devoted you are in choosing your priorities right, the better.

Yeah, @rabona soccer has really been an awesome game with great surprises, and of course I know because I also own clubs one of which is The True Witnesses I'm still striving to make sure we make it to the top "LOC" that as always been our goal and I hope it happens very soon.
Looking at your information on your club you must be in LOC right?

Still on league 2. I had an appearance on league 1 just once and the team was knocked out. Bracing up to build the team formidably for the future seasons.

Whoa! At least you've tasted L1, as for my team not yet but sooner. What's the name of your club?

Just keep pushing, you may get there sooner.

wow!! great achievement so far. i am coming on board very soon to tap from all the goodness in the game

This is very interesting and i want to ask, how do one join or play this game?
Does it require any investment to start? And if one wants to buy RBN and not play the game is it possible?

You mean you started this whole thing 13years ago?

You need to create an account in the game first then you may decide not to be concerned with the game and just deposit your HIVE to buy RBN.
Here is a link: https://rabona.io?ref=uyobong

It is certainly a good average. I haven't done the calculations with my team yet. Although I heard recently that we can get it from the game HIVE lol

At the end of each season, each team receives HIVE rewards depending on your points and league.

Wow.... I can recall the days you told me about your passion for games, even when you counted as waste of time and resources, today the application of what you learnt then is here and I am proud, you have applied them wisely to make more earnings. Congratulations sir....

Lol, this one is more than just a game, it's an investment.