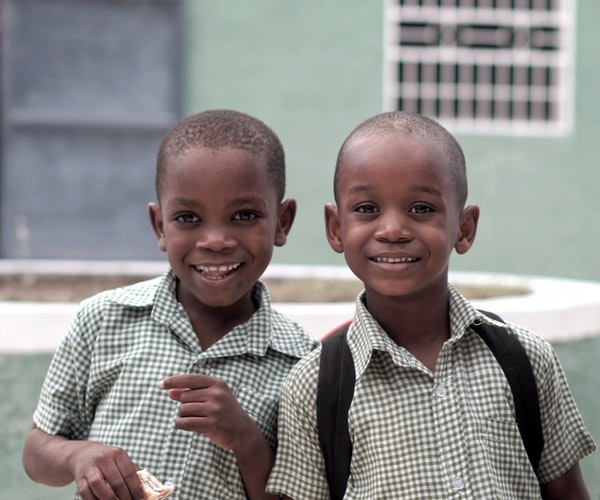 It was evening, and the house was alive with activities. Peter was playing noisily with his toys, racing about the living room. His father, Timothy was reading a paperback novel, trying to relax from a hard day. Mary, Timothy's wife was in the kitchen preparing supper for the family. Only Paul, Peter's identical twin was not at home. He was in the neighbor's house across the street, where he was learning to play the piano.

It was just another evening in the household.

As Peter launched his toy helicopter into the air, his mother popped out of the kitchen.

"Peter, go and call your brother. Dinner is almost ready."

"He's done with the lessons for today," Peter replied without taking his eyes off the chopper. "He's on his way home, Mom."

Mary only shrugged and returned to her cooking. Peter had been indoors since Paul left and they had not been in communication. At least not physically. How then had he known Paul was on his way?

Mary believed it was possible through the power of twin telepathy that existed between her boys. But Timothy didn't believe it, he saw it all as a gut feeling.

Acts like this have happened so much that they've gotten used to it. And they no longer doubted when one twin knew what the other was doing without being physically present.

Now, concentrating on his toys, he controlled the chopper, trying to land it on a pile of books beside his father. Face screwed in concentration, tongue trapped between his lips, he hovered the chopper over the books, trying to give it a smooth landing.

And suddenly, his head went blank. The control slipped through his fingers and crashed to the floor. The helicopter spun dizzily before crashing into the pile of books.

Timothy looked up from his novel, his son was breathing hard, sweat had broken all over his forehead. In a flash, he was at Peter's side.

"What's the problem, son? Are you feeling sick?"

"No, Daddy." His voice was ragged, fear was etched all over his face. "It's Paul. Something is wrong with him."

He turned and raced out of the house just as Mary exited the kitchen. She had heard everything.

"Come on," Timothy said as he raced out after his son.

They got out just in time to see a black sedan speed off in a trail of dust.

"No!" Peter screamed, crying profusely. He turned to his father, "Paul is in that car! Daddy, a bad man carried my brother!"

"Peter," Timothy tried to calm him down, "maybe he has not left his piano lessons after all."

"Daddy, please. He has kidnapped my brother! He's in the backseat of that car. He's very scared!"

"Timmy," Mary said, "if he says his brother is in danger, then Paul is in real danger. I believe him."

"Fine. I'll go after the car while you go and check on the neighbor okay?"

"I'm coming with you, Daddy," Peter said, following his father as he walked towards the car.

He started the engine, did a reverse, and with a swerve, they were out of the compound.

As they left, Mary took out her phone and called the police.

Timothy changed gears and floored the pedal. The urgency in Peter's voice was beginning to scare him. He had always doubted the twin telepathy, putting it down to gut feeling. This was way beyond a gut feeling. Could his son really be in danger?

"They just passed the cinema!" Peter announced suddenly, his eyes closed and his hands clutched in tight fists.

Cutting across traffic, Timothy swerved through the adjacent junction, the engine revved loudly as he pumped the pedal. As they drove past the cinema, the black sedan slowly slid into view.

"That's him!" Peter screamed, pointing at the vehicle.

"Oh my God!" Timothy gasped as he saw his second son in the backseat of the sedan. "Paul!!!"

In abject fear and rage, he stamped the pedal all the way, the car almost flying as they approached an intersection.

Before them, the traffic light changed to red.

The kidnapper didn't even know he was being chased. So as the light changed, he slowed the car and stopped.

Timothy drove around a truck, brushing its fender. Then he overtook the sedan and screeched to a stop before it. In seconds, other vehicles slowed down and pulled to a stop. Obeying the traffic light.

"Stay here, Peter," Timothy ordered and got out of the car. With blood in his eye, he marched towards the sedan. Just then, the door opened and the kidnapper stepped out, pointing a gun at him. He froze.

"What the hell are you doing here?" He asked, very shocked.

"Give me my son, you bastard!"

"It was a clean grab, no one saw me. How did you-- stop!" He warned as Timothy surged forward? He cocked the gun, turned it away from Timothy, and pointed it at Paul still in the car.

"I suggest you think twice before you take the next step."
Timothy was helpless. Unable to move. Unable to do a single thing. The kidnapper had the upper hand.

Suddenly, the air was rent with the peel of sirens tearing through the evening. Police cars pulled up all around them, further chocking off the area even as the light eventually changed to green.

Armed officers jumped out, their guns pointed at the kidnapper. The only person with a gun.

He looked at them, then at Timothy. And finally, at the boy he had kidnapped. For a split second, he considered firing so they could kill him.

But that moment passed.

And he slowly returned the safety of the gun and raised his hands in surrender. As the police subdued him, Timothy ran to the sedan and pulled Paul out.

"Hey Champ," he muttered, looking him over for scratches and injuries, "are you okay? Did he hurt you?"

Peter ran out of the car to hug his brother. They were both laughing and crying at the same time.

"Come on boys, let's head home." Timothy said, taking them by the hands and leading the way back to the car, "your mom is worried sick."

The End.
Thank you for reading.

An action fiction that includes a very well narrated chase, @bruno-kema .
An attractive motif, twins have the ability to communicate with each other.
The nexus between the two brothers will keep them safe.
You keep the reading interest throughout. It's a good moment when you can transfer Peter's state of mind, making him fall back on the toy helicopter.

And suddenly, his head went blank. The control slipped through his fingers and crashed to the ground. The helicopter spun dizzily before crashing into the pile of books.

We like to see your comments on other writers' work. Comments between writers build our community from the ground up.
Thanks for posting on @theinkwell

Thank you very much...
I've always been fascinated by the special connection between twins. And it was the inspiration for this story...
I'm glad i posted it here.😁

It has always been said that twins have this possibility of telepathic connection. Maybe it's due to the aura of mystery that two identical people emanate.
You make a very good story with that element, @bruno-kema. Thanks for writing

Yes @gracielacevedo, the unique connection between them is very mysterious.
Thank you for reading, i'm glad you enjoyed the story.

I figured it would be alright but you really know how to pump the adrenaline in your readers. This is a sweet story, and an action story. The way you go from calm to panic in almost an instant is very effective. One of the talents you show in writing is energy. You drive a story forward at a clip so that the reader is swept along.

😁😁😁
Thank you @agmoore, i always love reading your comments because it reminds me that i'm doing something right. I'll keep learning and improving. And i'm glad you enjoy my stories.

Wow, every parent's worst nightmare! The story is told so well and is so believable, it had my heart racing. Well done, @bruno-kema!

Wow.... This is a beautiful story. The telepathy thing is something strange or will I say rare.

Twins sharing a unique connection which is magical.

Yeah, the connection seems magical indeed.
Thank you for reading bro, i'm glad you enjoyed it.