The history of music artists: The case of Bonnie Tyler! 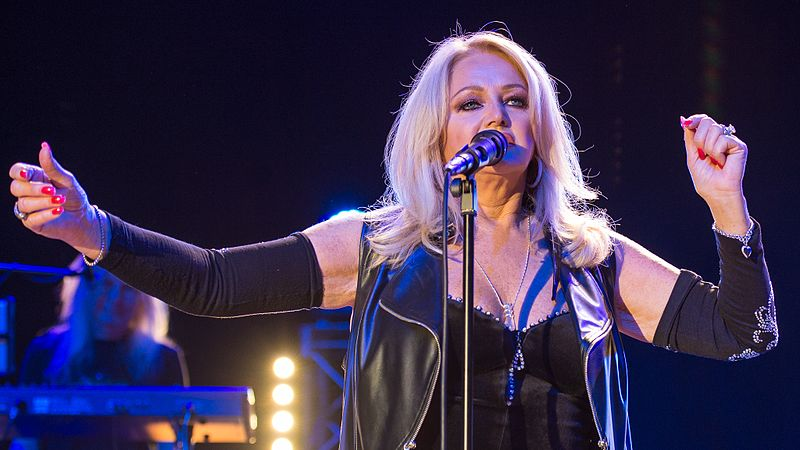 Bonnie Tyler is a British pop singer and a good friend of Norway, and Tyler debuted in 1975. Tyler made a name for herself with her hoarse and distinctive voice. She is most known for the songs: «It's A Heartache», «Holding Out for a Hero» and «Total Eclipse of the Heart». The last mentioned song here reached the first place on the hit lists in England and in many other countries.

You find Bonnie Tyler on the ordinary platforms and the most mentioned music platforms in the world, and these are: YouTube, YouTube Music, Spotify and Deezer. And you can find your comfort and silence in your life, and listen to what you want, and you can thereafter imagine things and persons in life, and you can make the imaginations that are possible. And Bonnie Tyler is also known and famous with the song: «Bitter Blue», and in that song she is singing such several times: Bitterblue, oh, Bitterblue, Breaking up is hard to do, Bitterblue you know that I'm too proud to cry, Bitterblue, oh, Bitterblue, I can't take my eyes off you,That's no way to say goodbye. And these ways are the ways we are being and feeling in normal life, so Bonnie Tyler is writing much about the life and our bodies, and how the body is functioning.

In music, we have the freedom of impressions and expressions when creating music, and doing concerts and performances with the music. And we also have the interpretation of preciseness, and feeling that life is both for persons that were living before, and for us living now. This is about dead and living souls in action, but we must live with the people we are living with today. And love is going to anybody, and we are also thinking and acting within the theory of justice in life, making fair and properly treatments for everybody being engaged with something in life. We cannot make solutions for all possible and conceivable manners and things we perceive from time to time, since there are billions of impressions you can make when using your eyes from the places where you are, and where you have been. And in addition, we have to adapt the behavior and sometimes to make changes in the persons and in the environments.

We also find music videos about Bonnie Tyler, and they are music pieces about: «Total Eclipse of the Heart», «Turn Around» and «It’s A Heartache». And these melodies are some of her most mentioned and most popular, and you also find the song «Holding Out for a Hero» on the Internet, the net between us, therefore the name INTER-NET! Bonnie Tyler has made albums of her songs, and the most famous are: «The Best Is Yet to Come», «Faster Than the Speed of Night», «Live» and «Between the Earth and the Stars». And Bonnie Tyler is planning to sing in Germany and in Austria in the future, and perhap s this will go through the troublesome Corona-virus that has invaded the world.

Bonnie Tyler is a Welsh singer who has released seventeenth studio albums. Her career has led to three Goldene Europa awards, an Echo Award, a Variety Club of Great Britain Award, a Gold Badge Award for her contribution to Britain's Music Industry, and a Steiger Award for a lifetime career in music, and life is now, so use the moments we have just now!

To be is to perceive and to be perceived. So use your senses, and enjoy and experience the moments in time in your life, in my life, and in other people’s lives!

Latest article, check out :
On experiencing the Skagen painters: Being just in the moments in time!