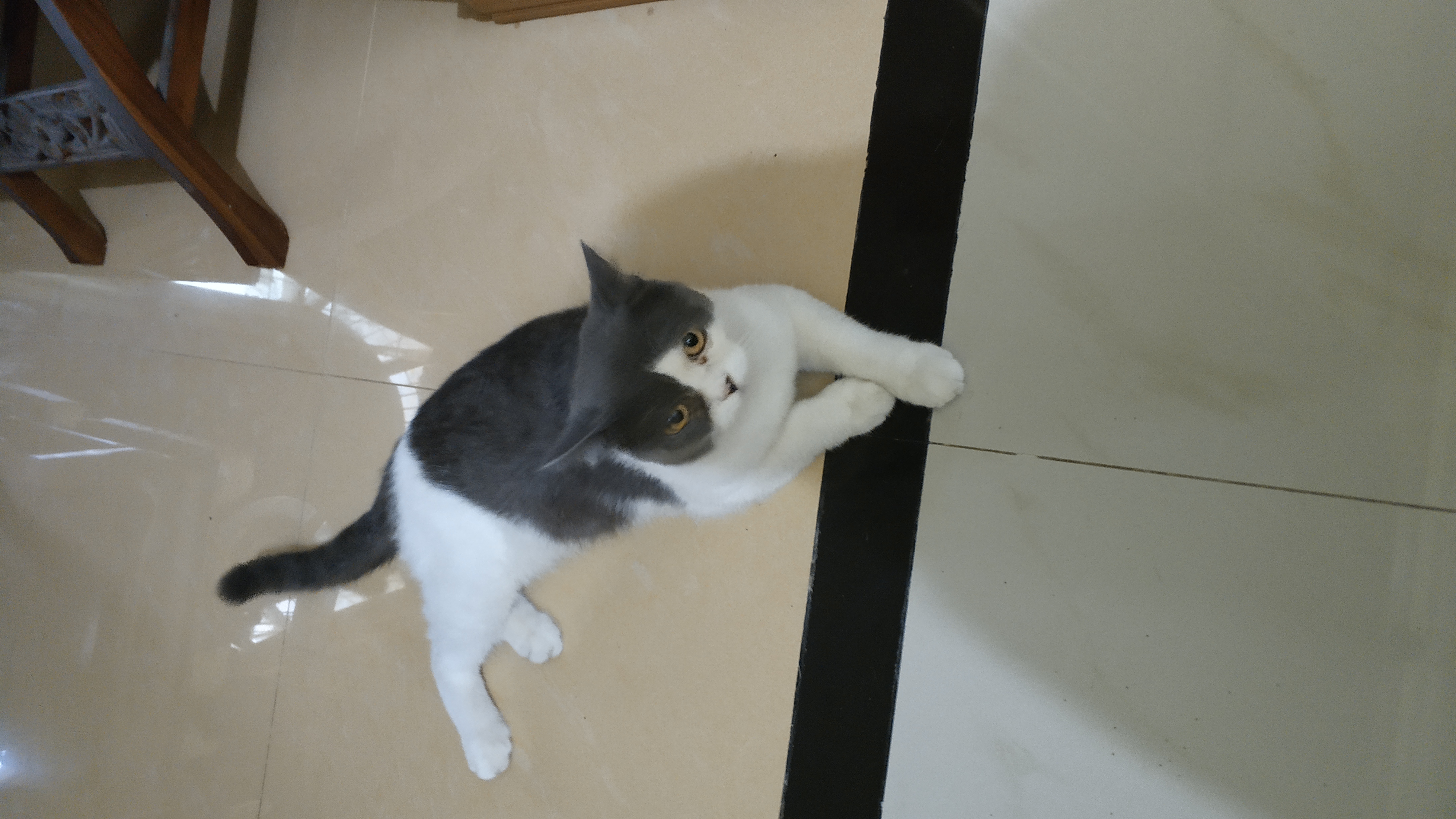 The one with white and black hair is a female cat, her name is Miyu. Miyu looks like a very relaxed and wise cat there. When meowing his voice sounds very melodious. Miyu's hobby is to accompany his owner in reading books. When the owner reads the book, Miyu just lies face down on the floor. Miyu eats a lot, she doesn't rebel when she's bathed. Miyu rarely goes out to play outside the house, she prefers to be in a house. Although she is a wise cat, she is very spoiled.

The yellow haired one like Garfield is Marco. Marco is a male cat. Marco is a bit fussy and frowned. He likes to play outdoors and inside the house. He is a sensitive and jealous cat. Marco doesn't like when the owner mumbles a song. When the owner do that, Marco will loudly demonstrate meowed to show his disappointment. But these two cats get along like brothers, they never fight.

Marco and Miyu accompanied the days of my neighbor who lived alone, his wife died last year, and their sons are worked outside the province. Usually my neighbor meet his two sons on Idul Fitri or Iduk Adha. But this time they didn't come home because of Covid-19. So the neighbor spending his time with these two cats everyday.