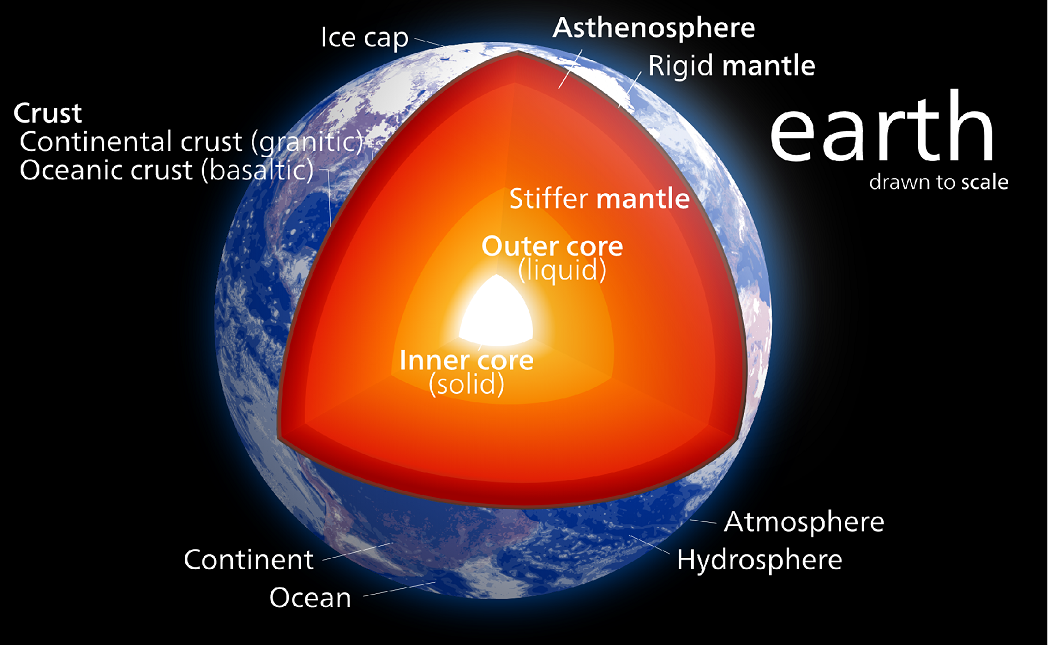 Source
Based on topographic observations, observing the rocks that surface from greater depths by volcanic activity and analyzing the seismic waves that cross the Earth, scientists have been able to get an idea of the internal structure of our planet.

From these investigations it is deduced that the earth is made up of several concentric layers or spheres, namely: crust, asthenosphere, rigid mantle, outer core and inner core, all of different composition and density.

But, unsurprisingly, by applying an artificial intelligence algorithm called "Sequencer" which has been trained with all seismological data since 1990 to study the behavior of seismic waves, they found a huge structure between the mantle and the core unknown so far.

Source
Earthquakes generate seismic waves inside the Earth, that travel thousands of kilometers and that change their shape and speed depending on changes in the density, temperature or composition of the rock, produced by echoes that can be detected using the appropriate means .

With this algorithm, 7,000 seismograph graphs of hundreds of earthquakes were analyzed, all of them with a magnitude of 6.5 or greater in the vicinity of the Pacific Ocean basin, in order to detect the seismic echoes caused by the earthquakes.

As a result of these studies, two huge anomalies were detected, one below the Marquesas Islands located in French Polynesia and another similar, below the Hawaiian Islands about three thousand kilometers below our feet. Source
The anomalies discovered through the analyzed echoes are called ultra low speed zones (ULVZ) and nobody knows where they come from or what they are made of but they are interesting because they could harbor very old materials that have not been mixed since the initial formation of the Earth.

The team of scientists from the University of Maryland will continue the research to explore the structure of the rocks found under the Atlantic Ocean, which will shed more light on the internal composition of the Earth.

Very interesting. Thanks for sharing.

They do not seem to demonstrate the theories of the hollow earth of Clive-Simmons, Horbiger and even Jules Verne himself ... What a pity, with how beautiful is the legend of Aghartha and the King of the World, hidden in the center of the Earth

True, but remember that during the National Socialist period in Germany, Horbiger's theories were considered Science ...