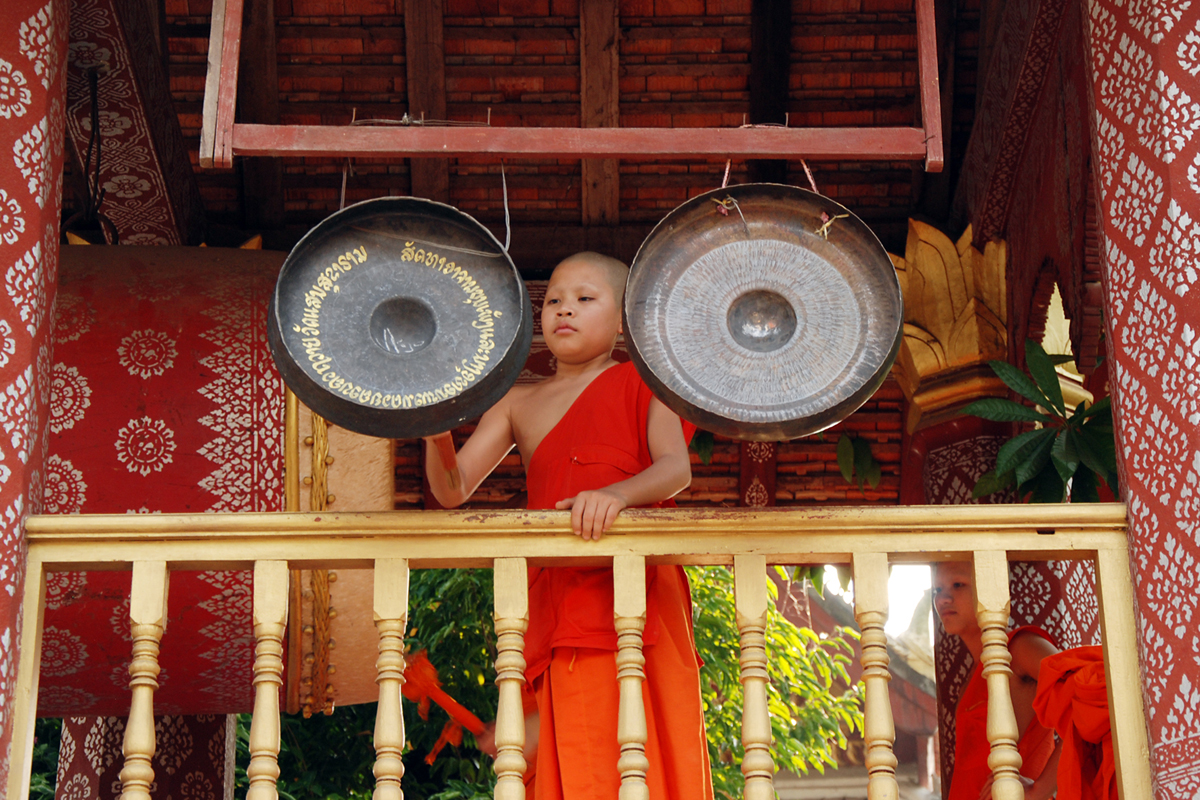 Some years ago my travels took me to Luang Prabang in Laos. It's such a lovely little town with a slow pace and French colonial architecture which add an atmosphere of a bygone era. What I found most special about the historic buildings were all the Buddhist temples. This small town has as many as 33 temples and monasteries. Enough to keep us busy for a more than a week! We didn't visit all, but enough to make us realize that the temples in Luang Prabang are among the most sophisticated we have seen in Southeast Asia until now. 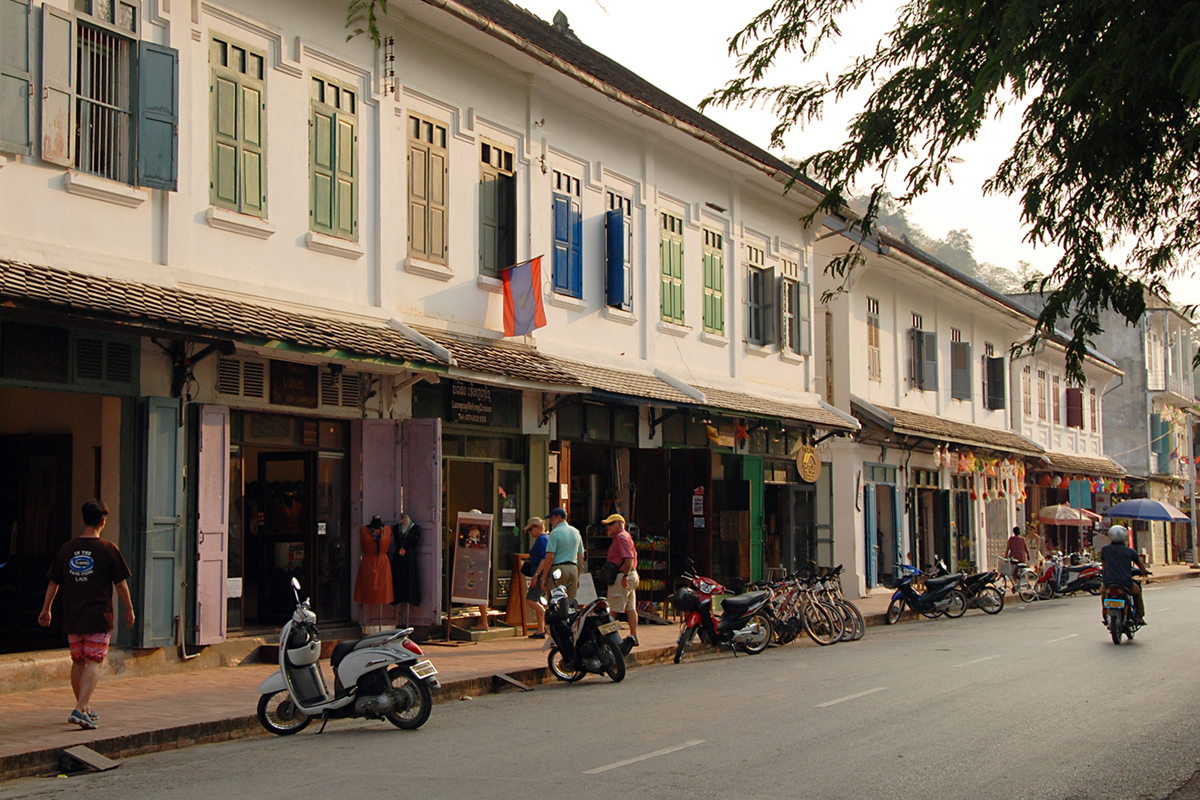 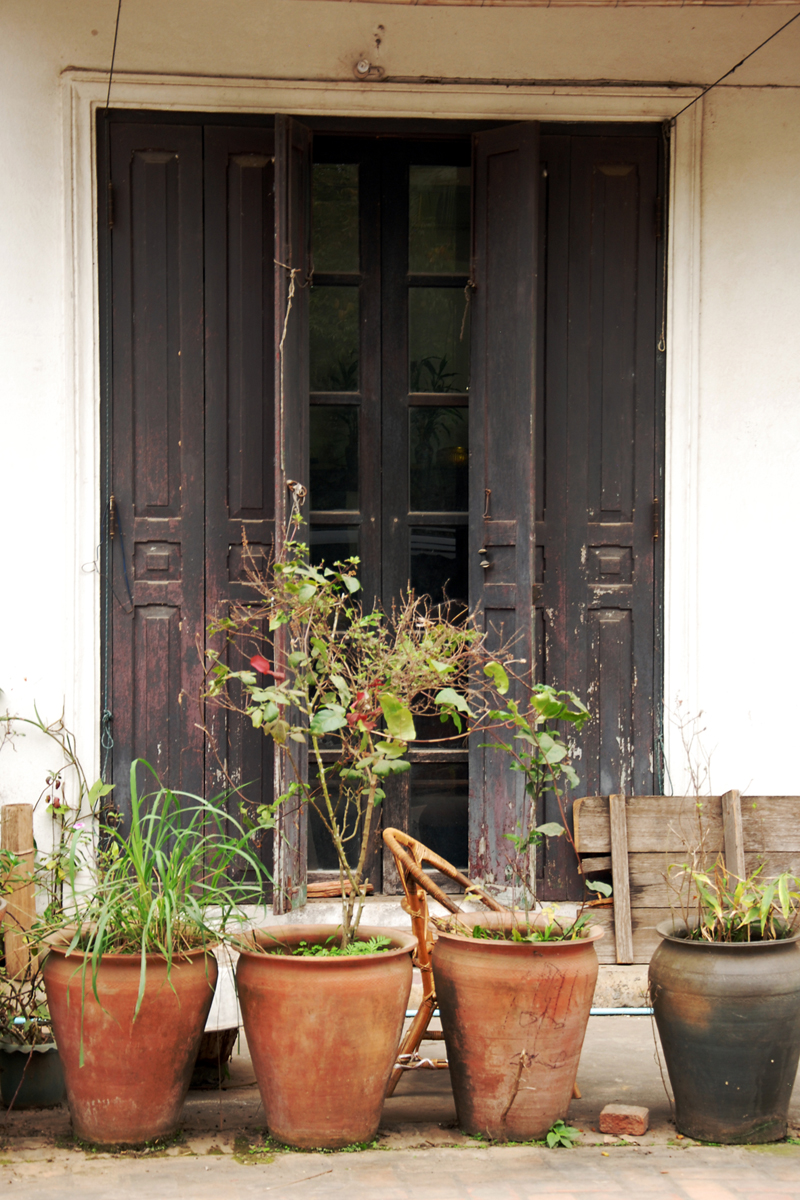 Luang Prabang is located on a peninsula where the Mekong river meets the Khan river. It was founded in the 8th century and was once the capital of the Lan Xang Kingdom (1534 until 1563). Even it's not the capital anymore, it still remains the main center of Buddhist learning in Laos. Since 1995 Luang Prabang has been a UNESCO Heritage Site. 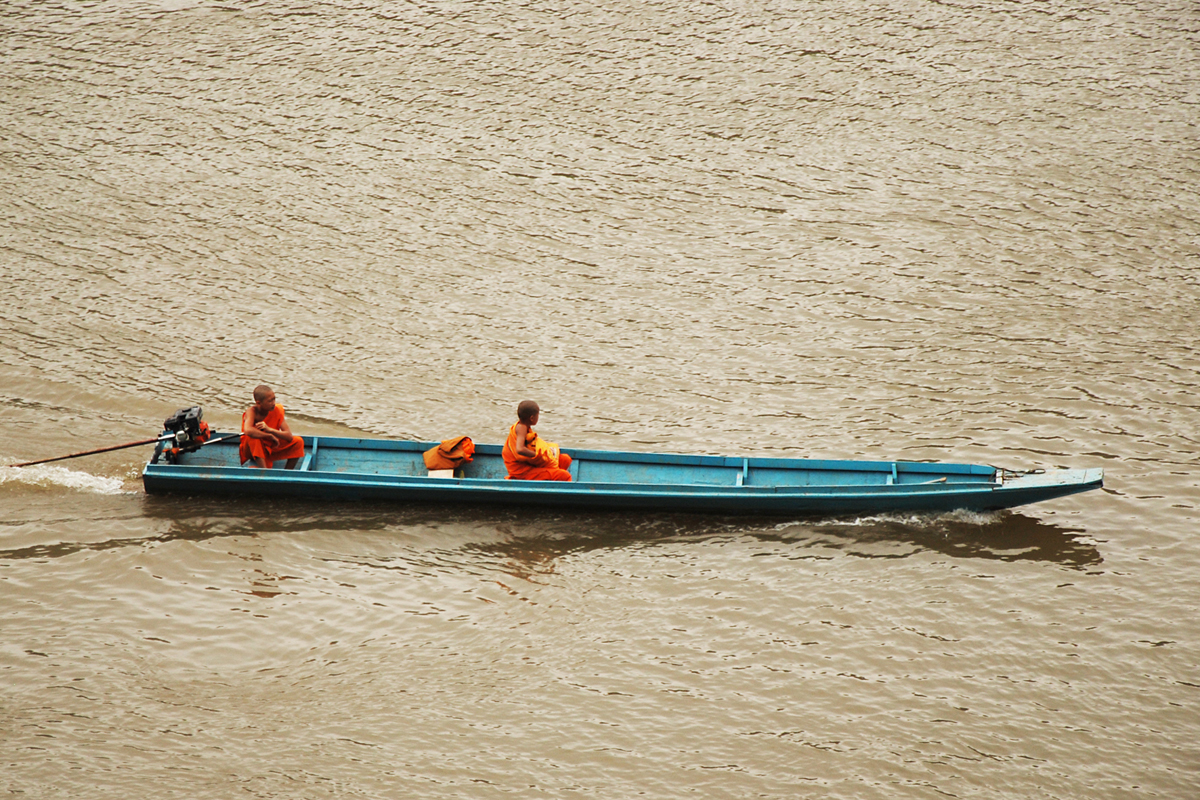 We selected some temples and monasteries that we planned to see, but also stopped by some random ones we passed. Some of the small and lesser known temples are more quiet and visited only by a few, so they were much more peaceful. Wat Xieng Thong is probably the most famous and historically, the most interesting monastery of all. It is one of the most important in all of Laos and an important monument of religion and monarchy. We started with this temple and early in the morning to avoid the crowds. That turned out to be a wise decision. 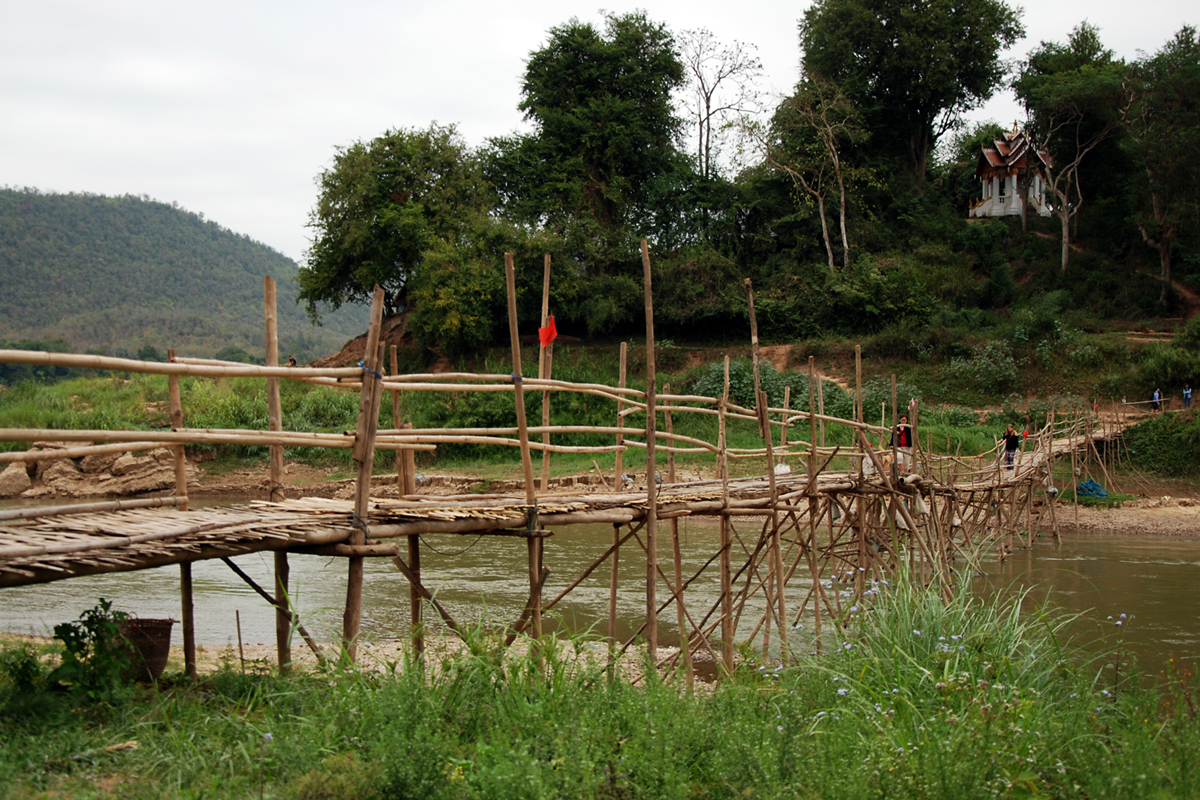 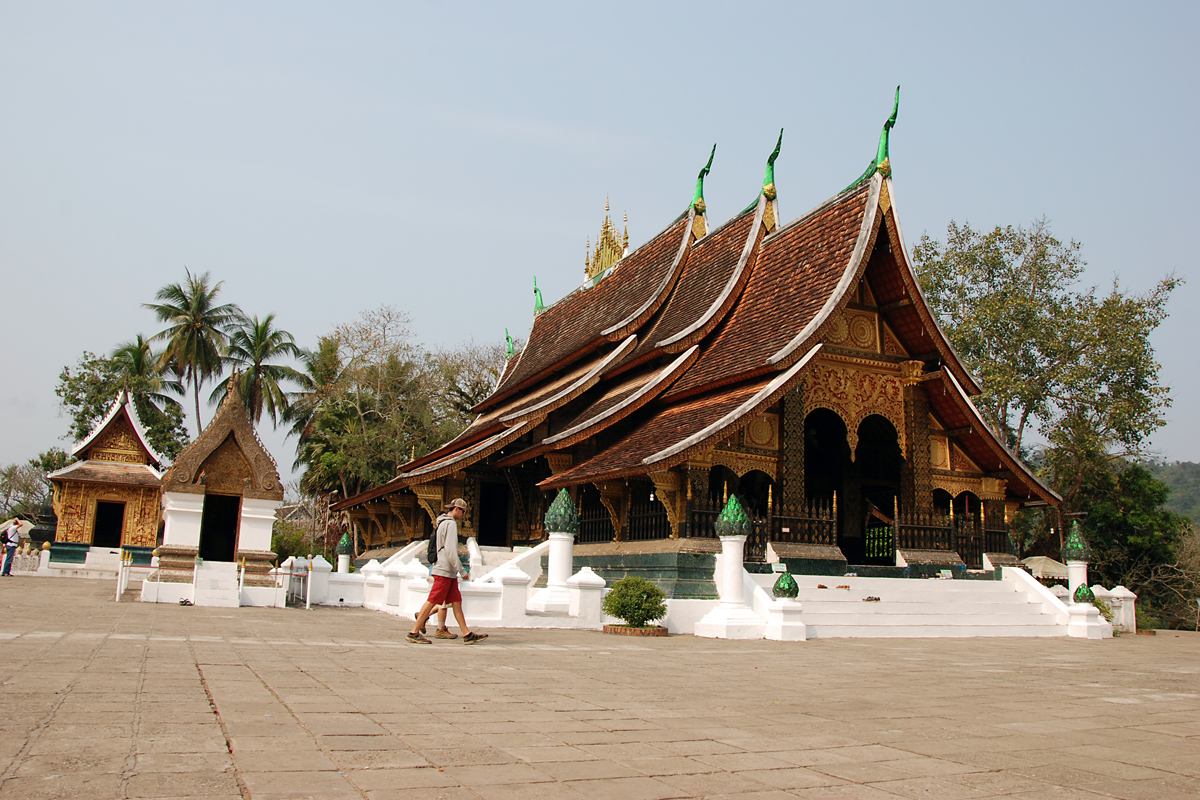 Wat Xieng Thong
The location is at the tip where the Mekong river meets the Khan river. The main entrance is from the road by the Mekong river. This is said to be the entrance used by the kings when the arrived by boat. It's is by far the most elegant entrance. Wat Xieng Thong can be dated as far back as the 15th century. It contains more than 20 buildings in addition to a beautiful garden. It's easy to spend several hours here. 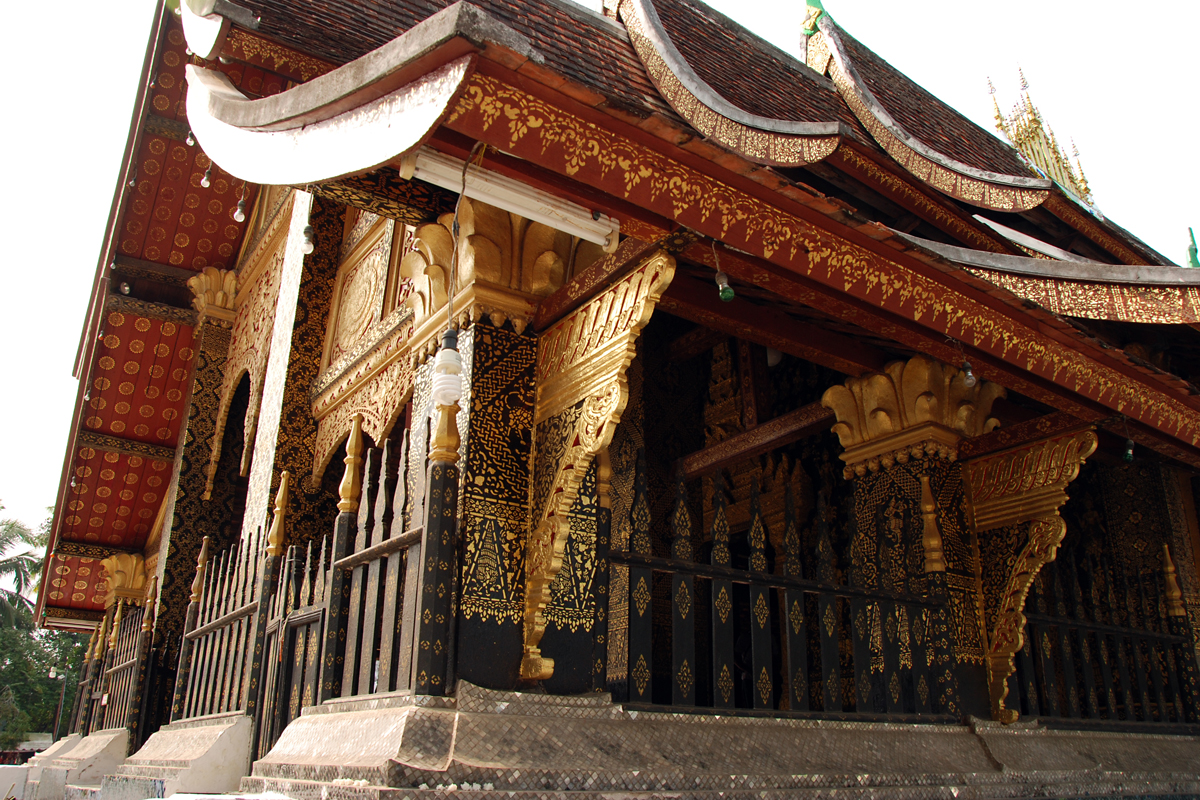 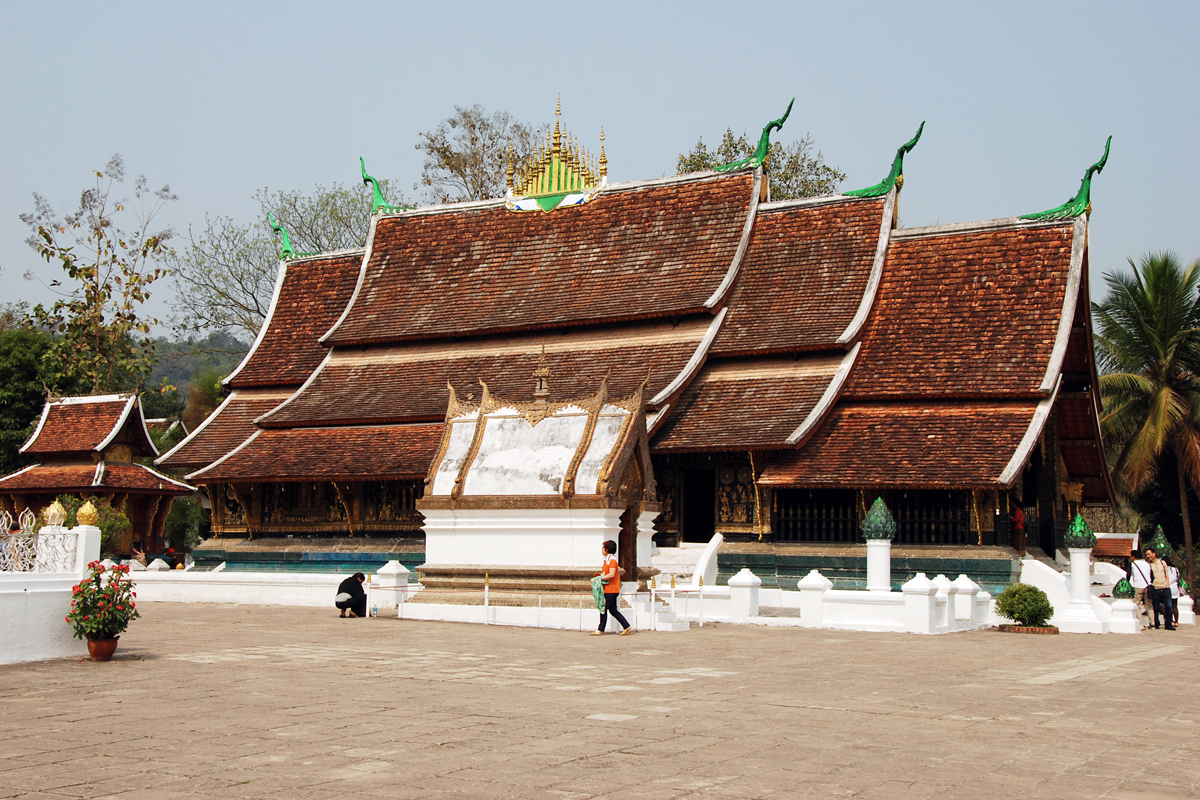 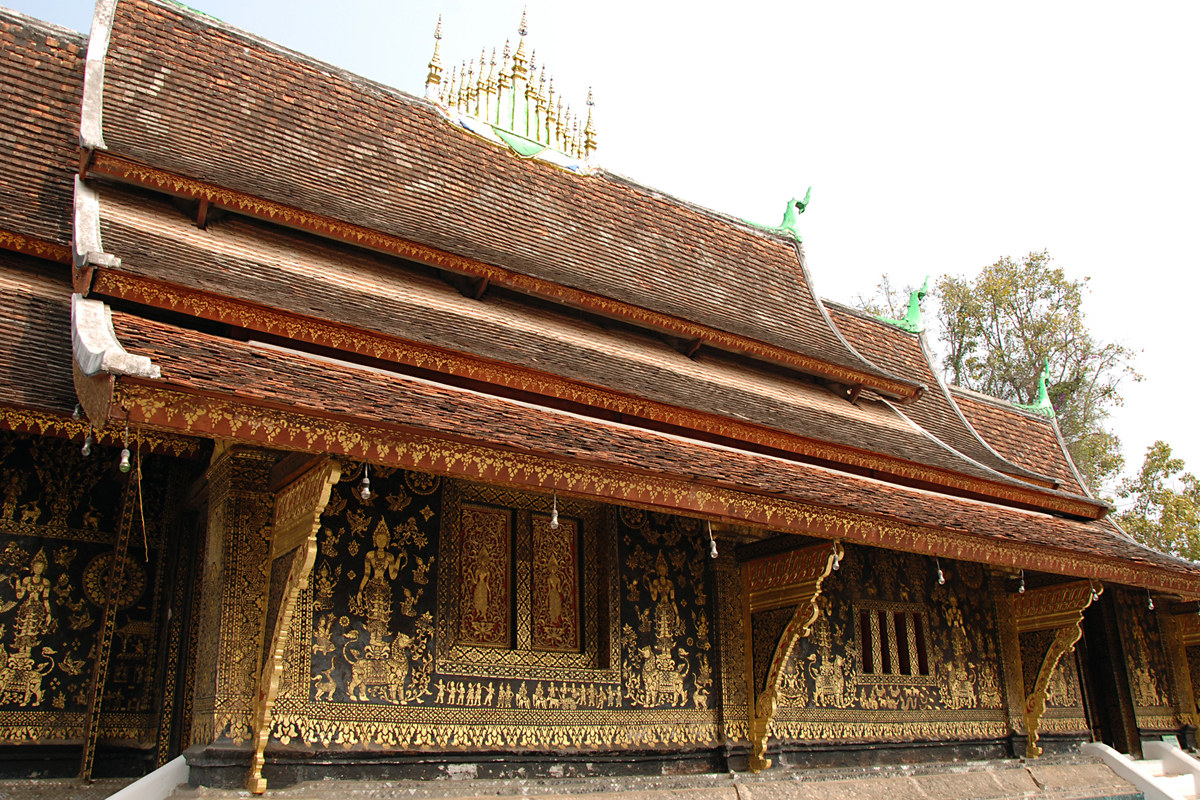 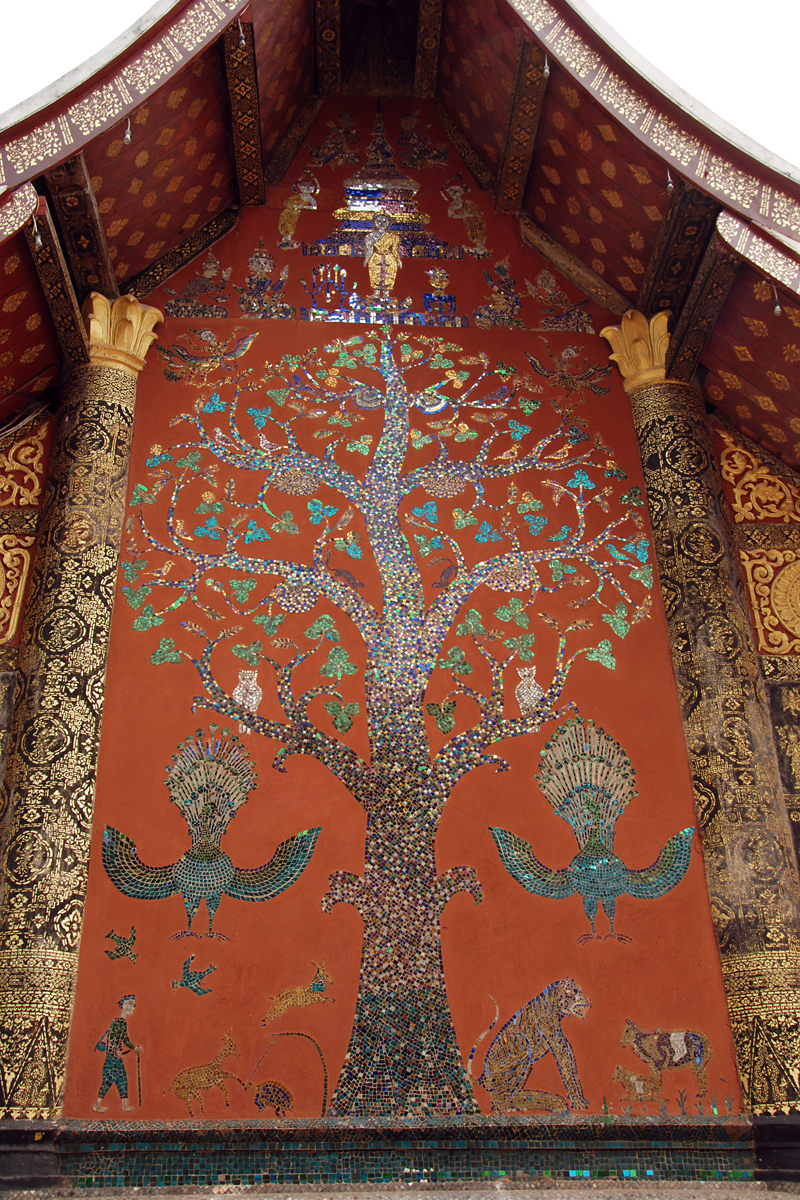 The «Sim» or the congregation hall, is the first building we approach after entering through the gateway. It's very impressive! The architectural style is the Luang Prabang style, with a roof that almost touches the ground. Along the walls there are plenty of gilded motifs to be studiet closely. On the back wall there is a mosaic called "The tree of Life". 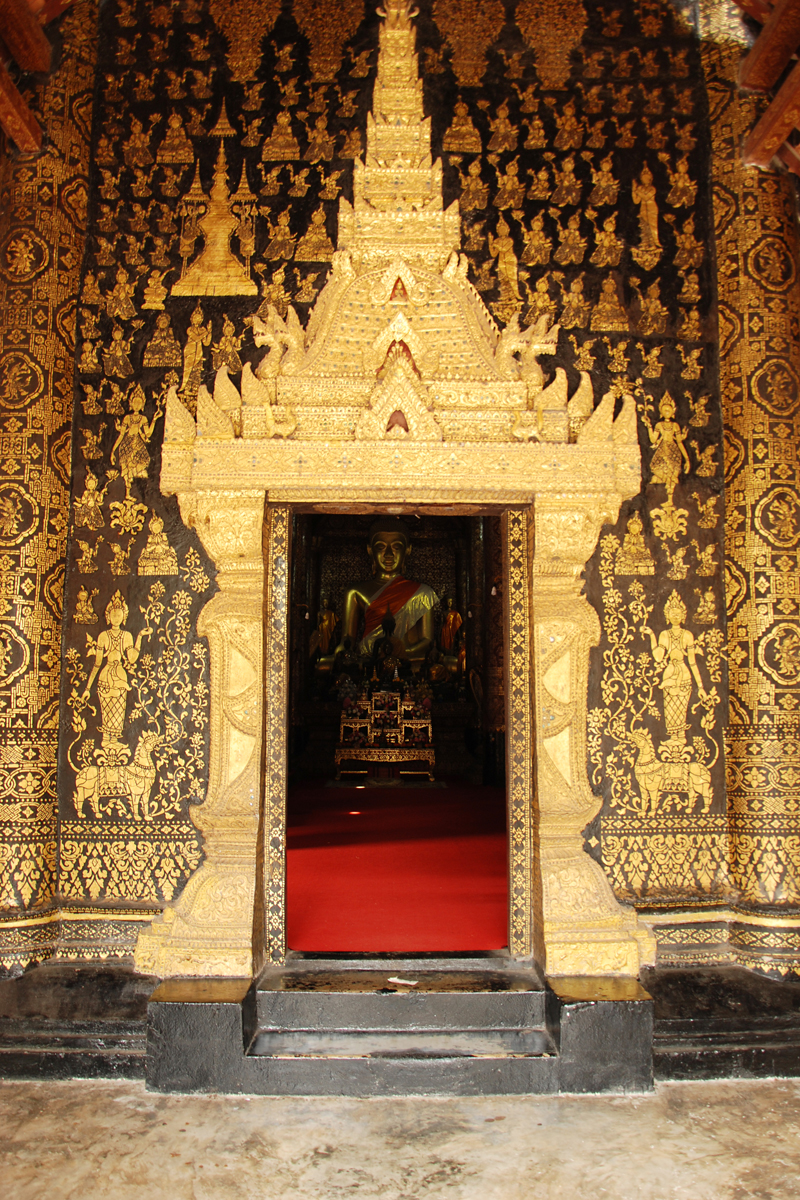 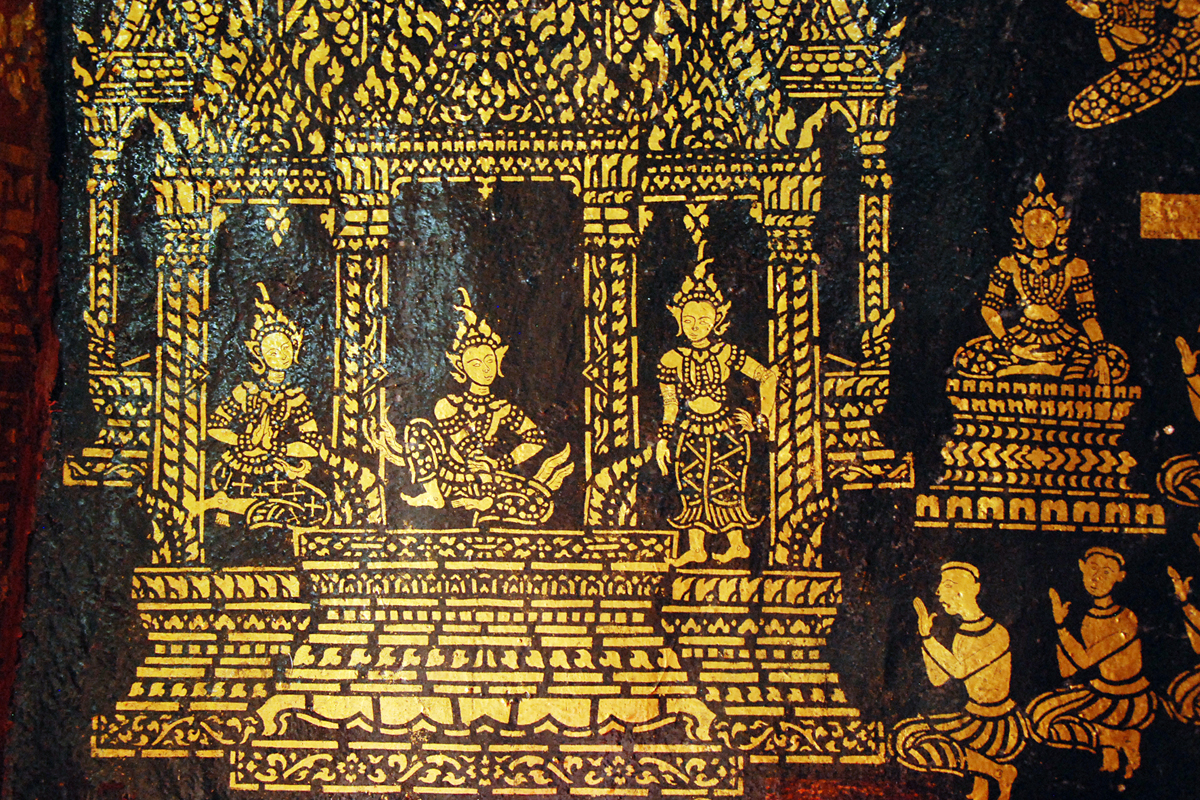 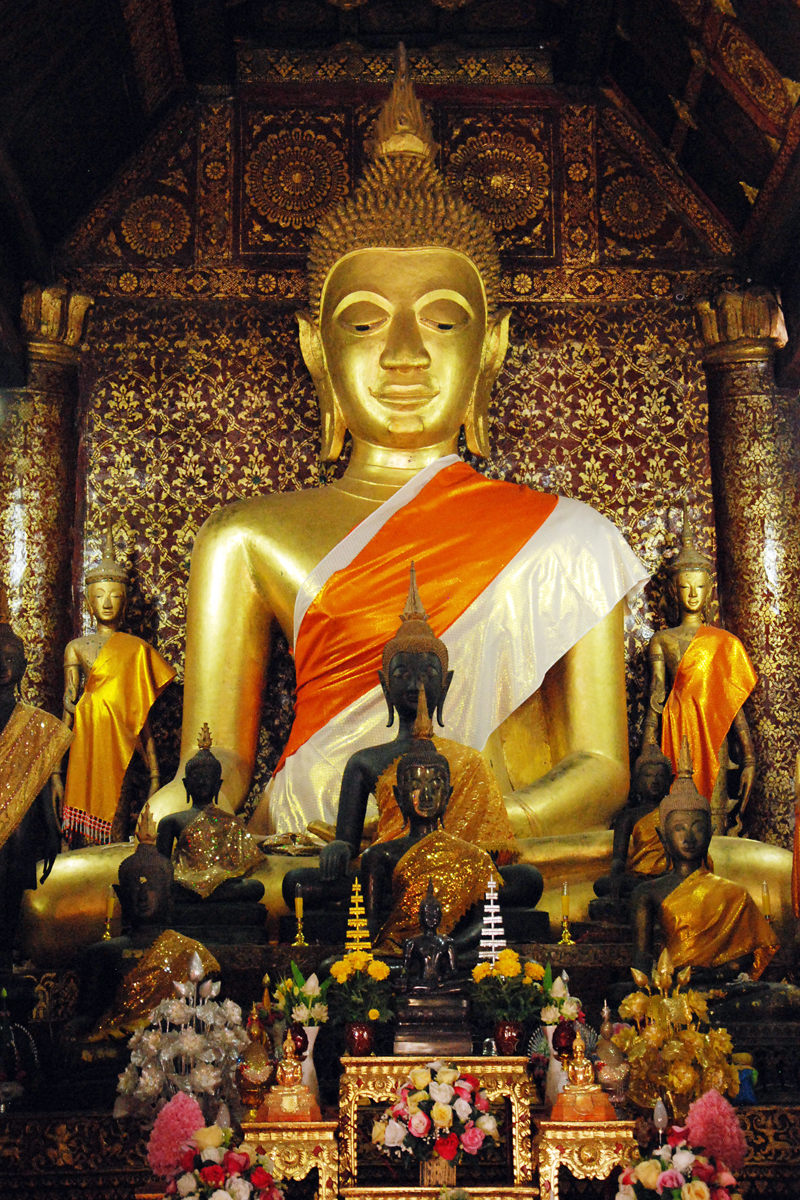 The rich decorations is not only outside. The interior is just as impressive! The roof is supported by large teak wood pillars and the walls are decorated with motifs in gold on black lacquer . 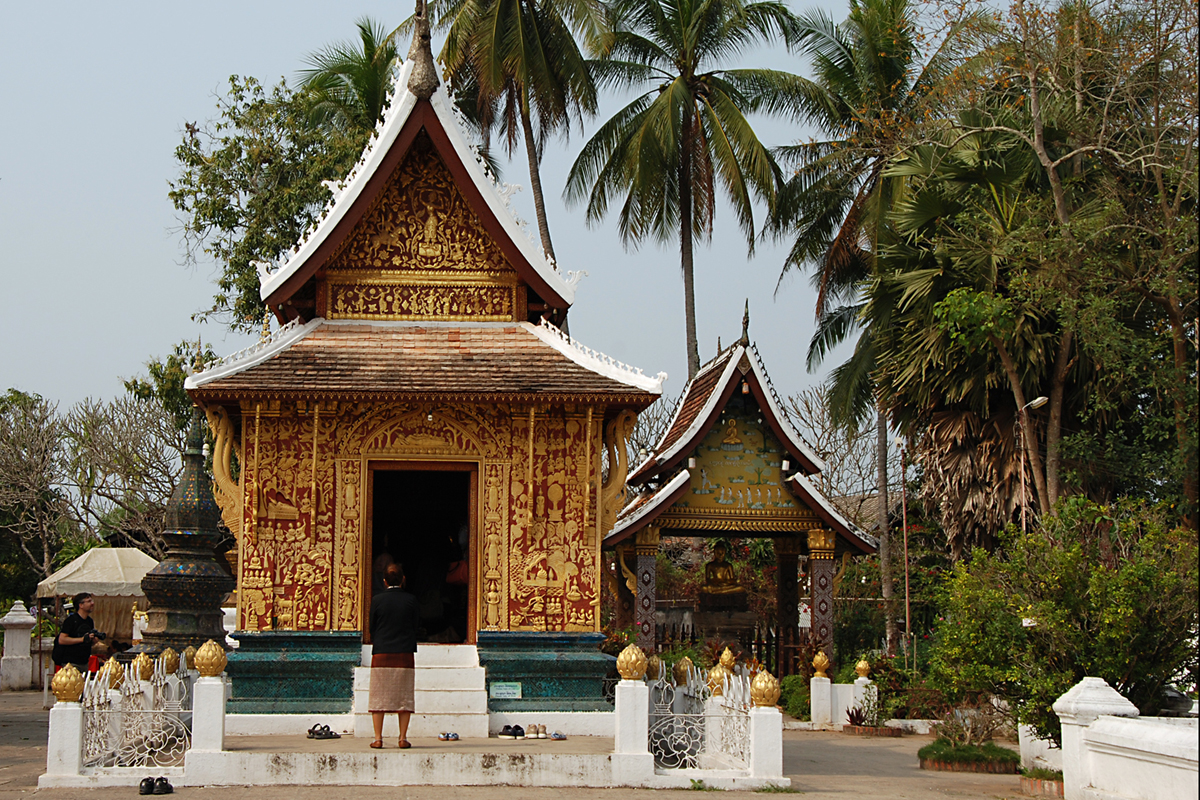 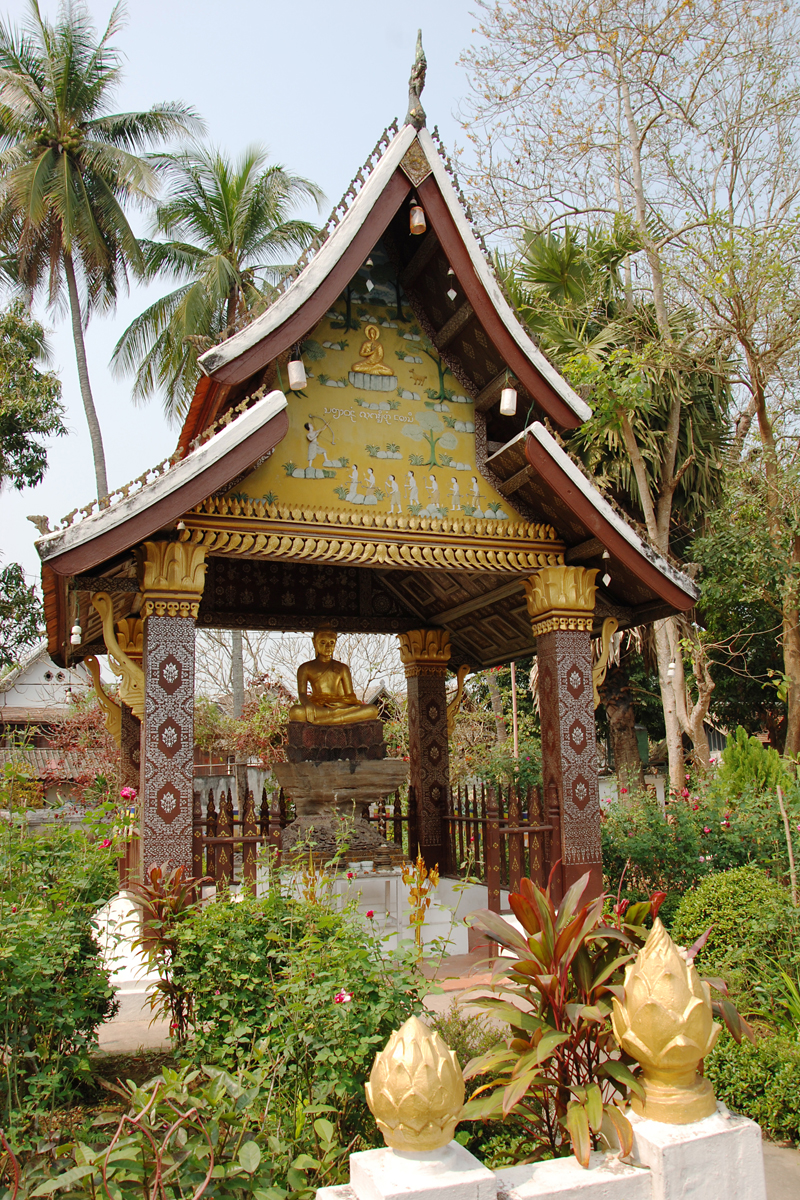 In the garden there are other small chapels or structures. One of them with a sitting Buddha. 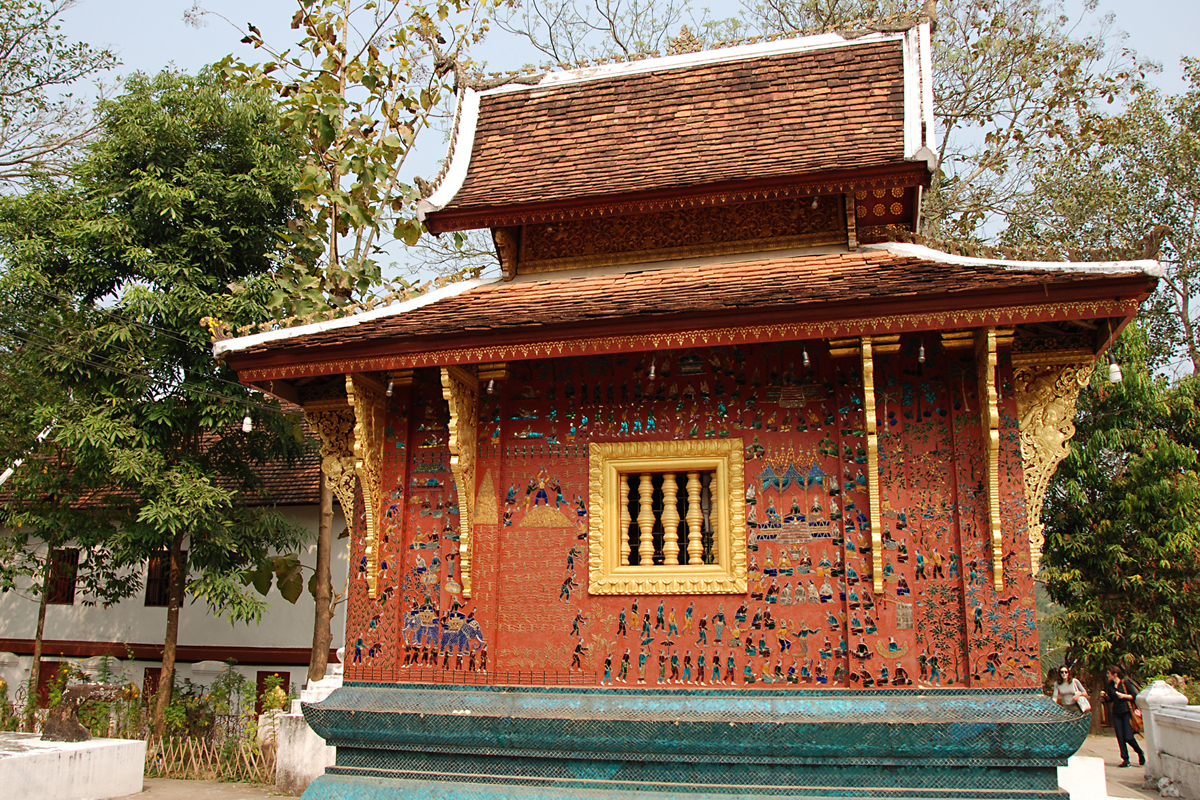 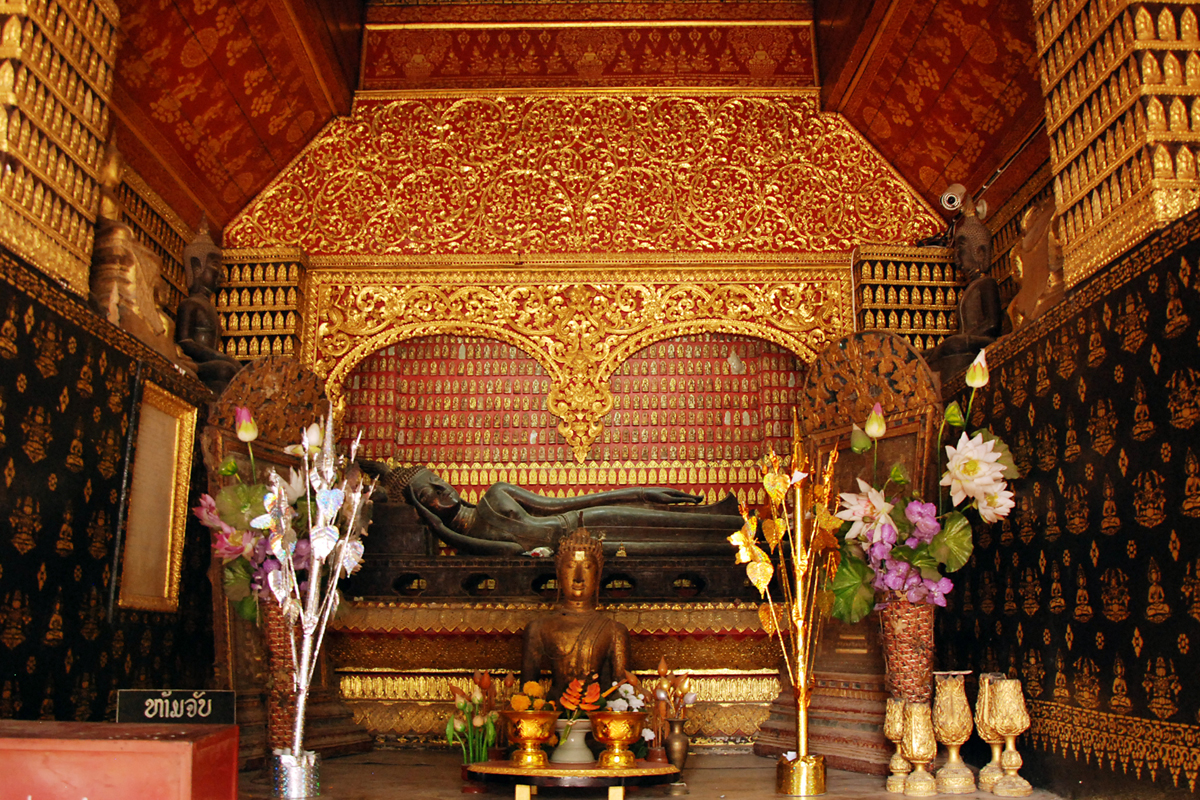 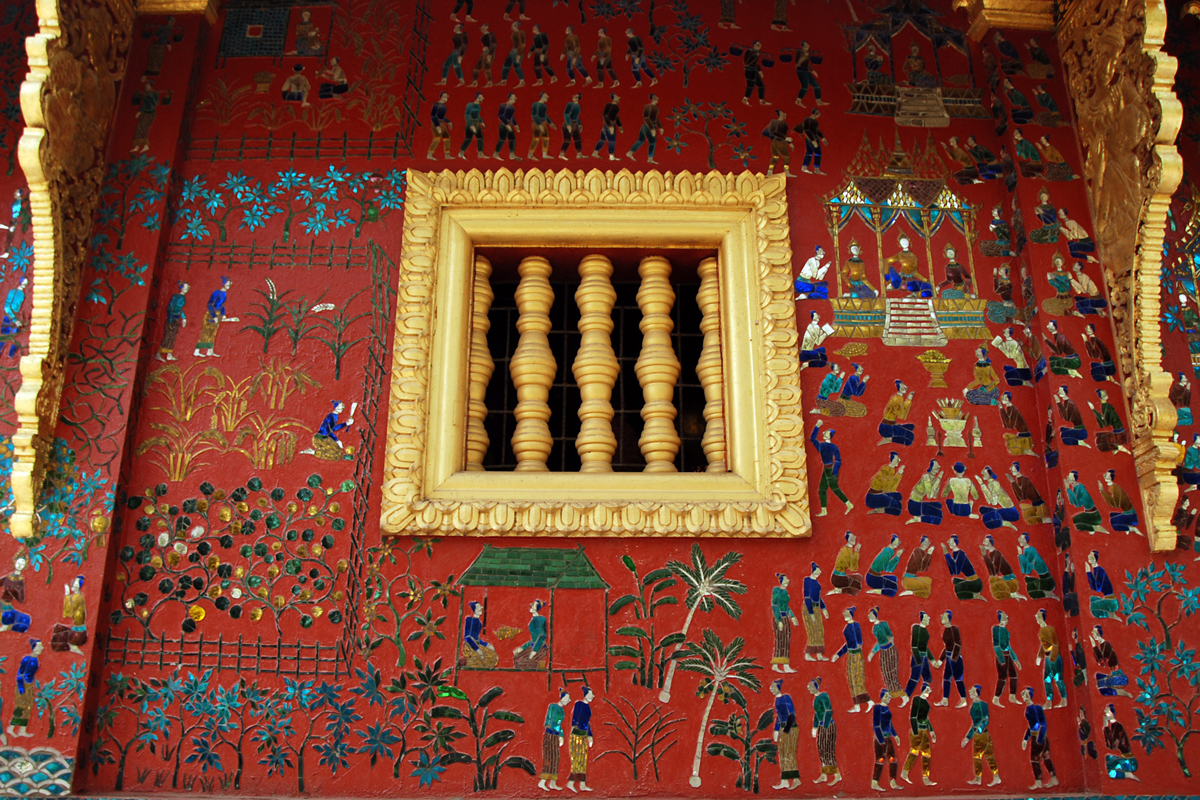 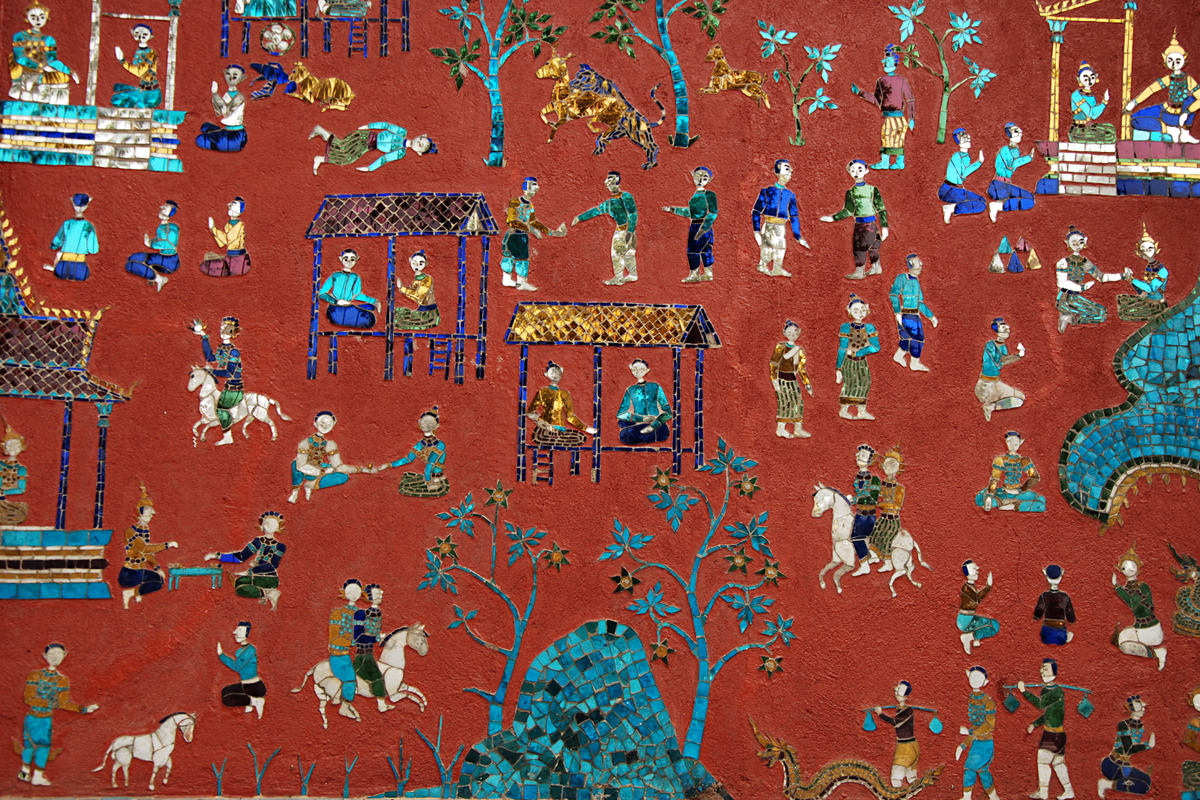 The Red Chapel has colorful mosaics, depicting everyday life on the outer walls. By studying the mosaics, one gets an idea of the people who once lived here. Inside it contains a reclining Buddha, which can be dated back to the founding of the monastery. The walls inside are covered with glass mosaics depicting local village life. 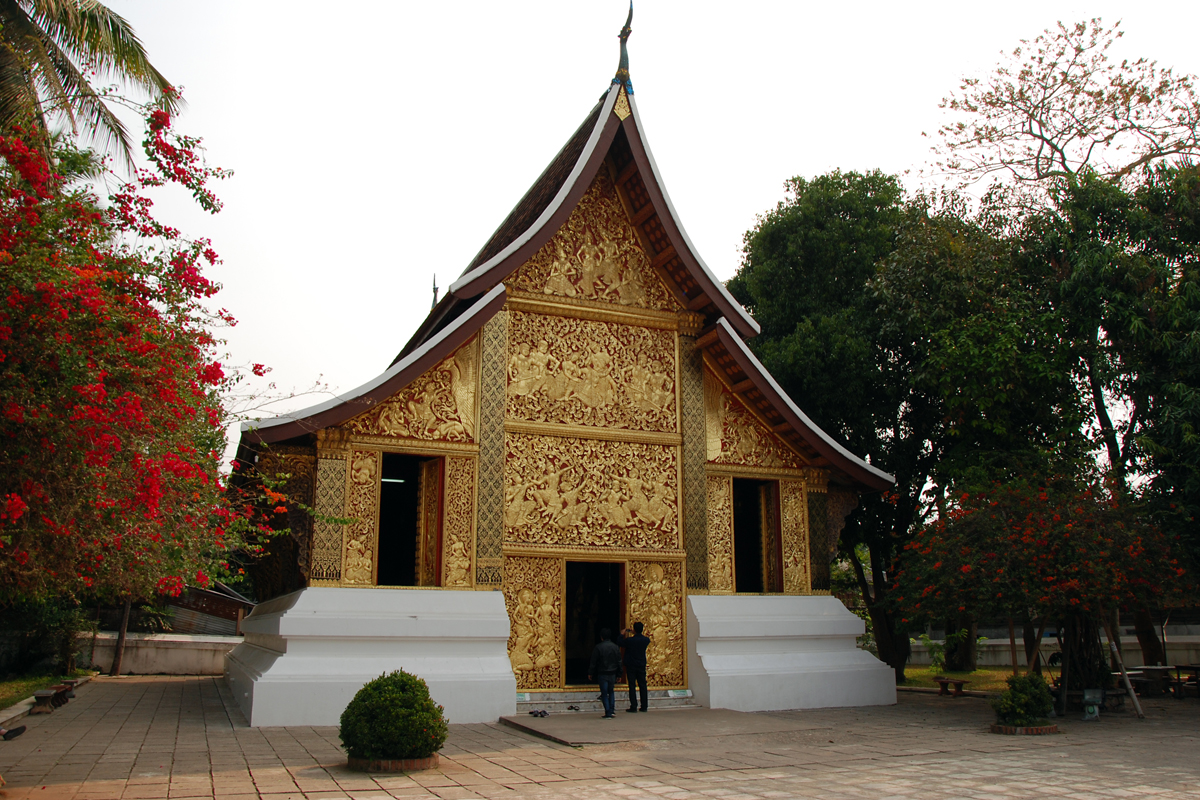 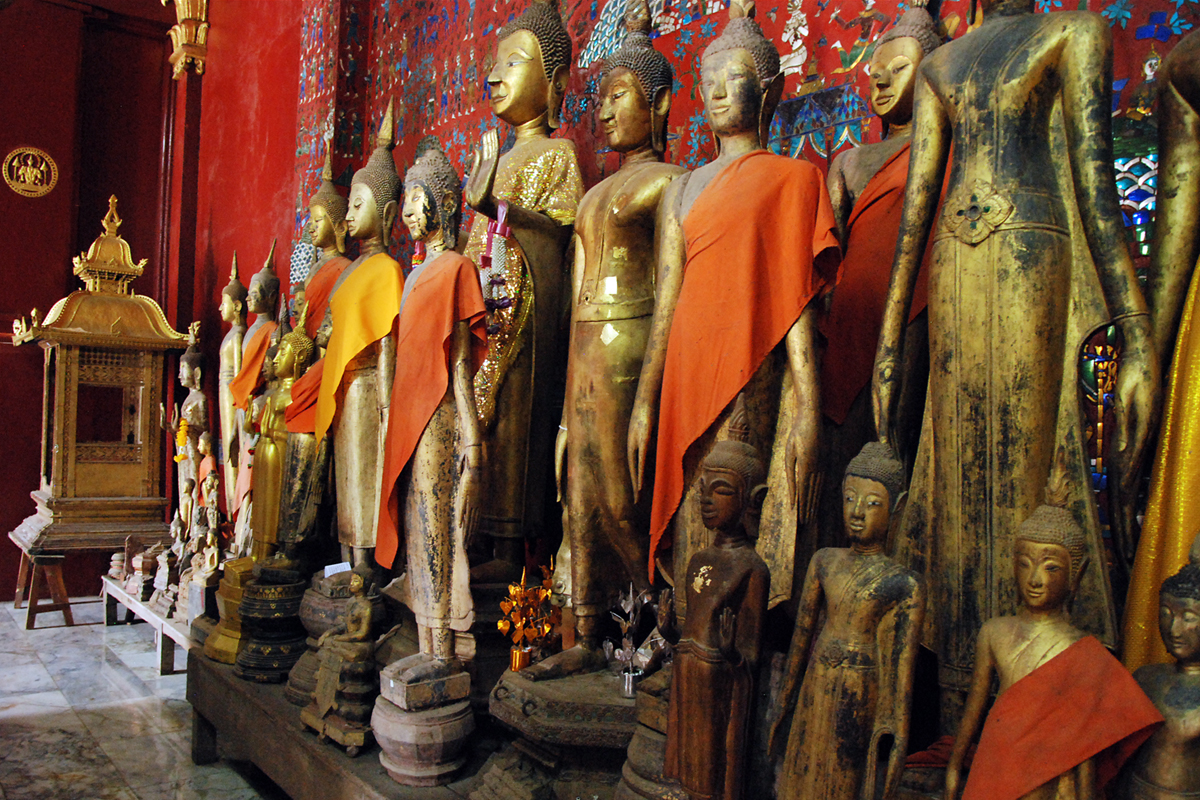 The library is the place where all the Buddhist scriptures are kept. Also, the vehicles used to carry the urns of Laos' royals were stored in this building, in addition to a collection of Buddha statues. From the time it was built and until the monarchy was abolished in 1975, Wat Xieng Thong was maintained by the royal family. 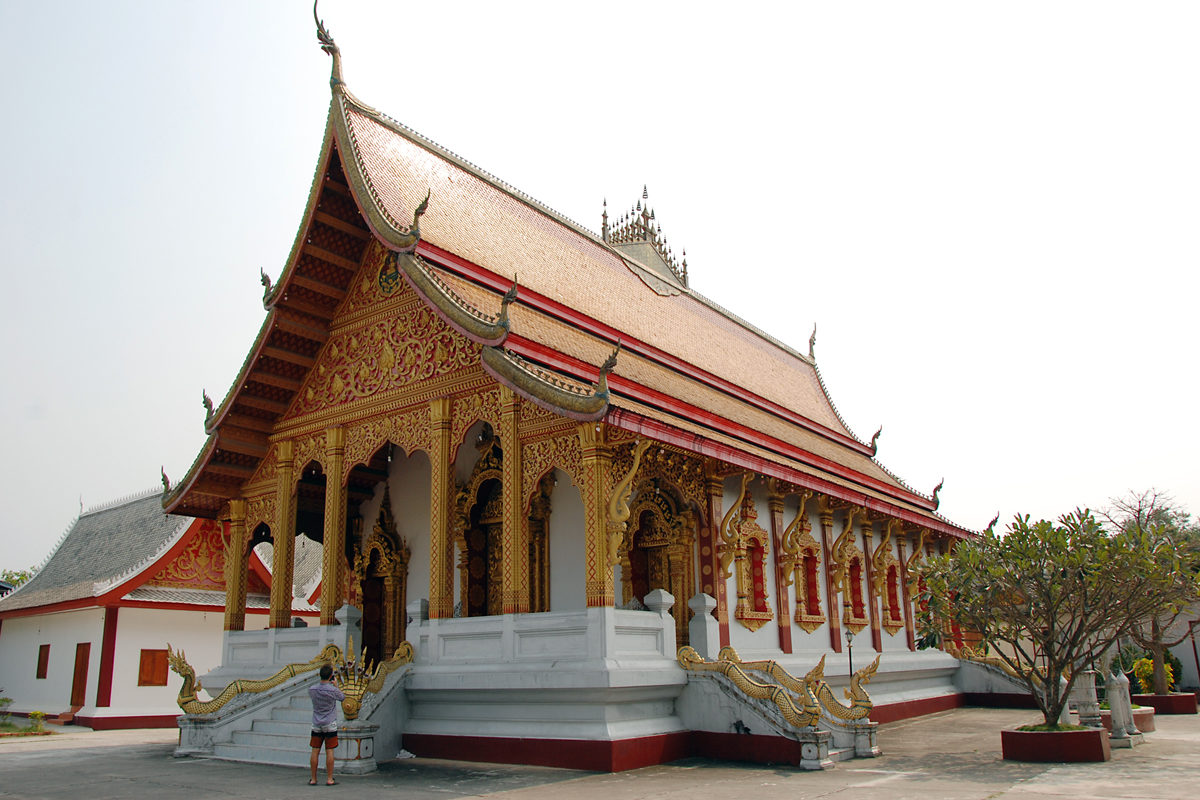 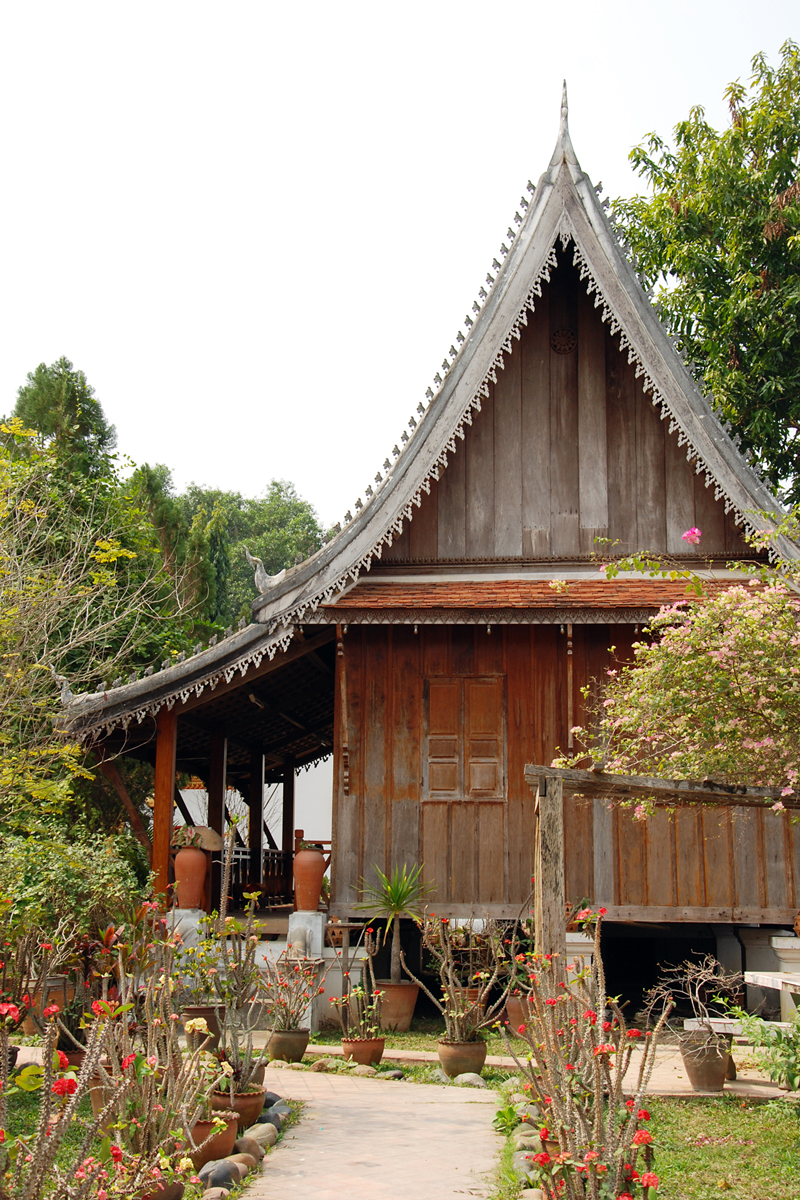 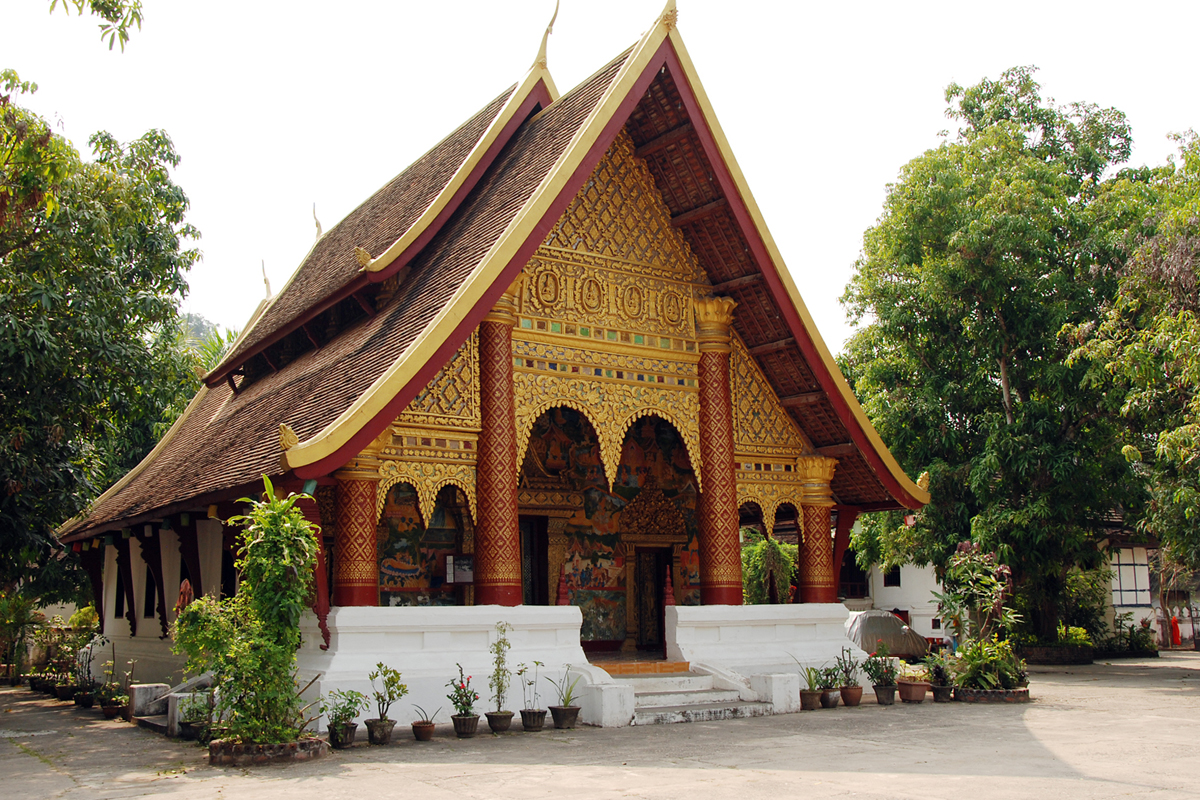 Wat Xiengmouane Vajiramangalaram
As we continued our walk, we stopped at several other temples and monasteries. A long day filled with history, religion and beautiful architecture. Sorce: information at the temple and:
https://www.renown-travel.com/laos/temples/wat-xieng-thong.html

Stunningly Gorgeous!
Stuff You would never see here!
Thanks for sharing!
👍🏼😁👍🏼

Thanks. It's a wonderful place. Stayed 6 days, but could have stayed longer...

It is one of those places that makes you slow down ...

Congratulations @digi-me! You received the biggest smile and some love from TravelFeed! Keep up the amazing blog. 😍 Your post was also chosen as top pick of the day and is now featured on the TravelFeed.io front page.

Hiya, @LivingUKTaiwan here, just swinging by to let you know that this post made it into our Honorable Mentions in Daily Travel Digest #944.