There is a proverb that, “ evey start has an ending”. So far, all the work that has been started in the world has come to an end somewhere. One day everyone have to leave by the same way they came. But in this short time of life, many persons wrote their name in the history book by their outstanding performance.

Pakistani cricketer Mohammad Hafeez is one of the history creator. Hafeez was a versatile batter who can bat anywhere in top 5 position and also a good bowler. Actually, he was an genuine All-rounder. He is well known for his intelligent batting and also for aggressive batting when his team needed. People also called him ‘Professor'.

Hafeez born in 17th October 1980 in Pakistan. From his childhood, he is interested to play cricket and that's the reason he choose cricket as a profession. Hafeez has played in Bhera and was one of the several young all-rounder whom the Pakistan Cricket Board (PCB) turned in oder to revitalize their side after the bad performance in 2003 world cup. In 2003 world cup, Pakistan out from the first round, and that's the reason they trying to build up some players. But due to inconsistent performance he dropped from the test ans ODI team.

After this, he played outstandingly wel in domestic competitions and also for Pakistan A team. Then few months latter he recalled for Test ans ODI format and played outstandingly well with both bat and bowl. In the series which is held in Australia, he smashed his first century (100 runs). From this he continues his consistent performance and made a solid position in Pakistan National Team. Following his performance, he is named as a captain of the Pakistan T-20 team and vice captain of ODI and Test cricket team under Mishbah-Ul-Haq. He won 17 matches from 29 match, where his winning percentage is 60.34%.

Hafeez also played in many franchise leagues, like- Indian Premier League(IPL), Bangladesh Premier League(BPL), Pakistan Super League(PSL) and many others. He performed well in every League he played. In ICC allrounder ranking, Hafeez ranked as a No 1 all-rounder in ODI and T20's many times. But, many times he was suspended for an illegal bowling action.

Today he announced retirement from International cricket. His successful cricketing career comes to an end. Best of luck Professor for your future life. You are one of the best all-rounder's in the world. Fans will miss you!!! 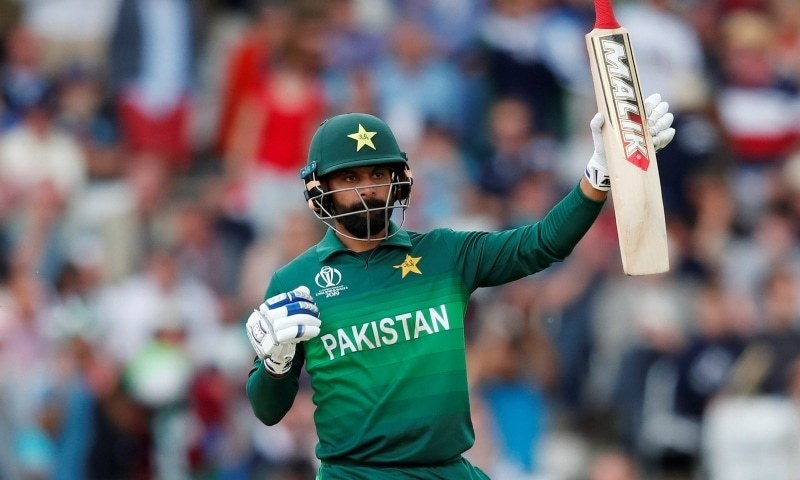 Congratulations @fa-him! You have completed the following achievement on the Hive blockchain and have been rewarded with new badge(s):

You post has been manually curated by BDVoter Team! To know more about us join our Discord.

Vote @bdcommunity as a Hive Witness.

Are you a Splinterlands player? Get instant 3% cashback on every card purchase on MonsterMarket.io. MonsterMarket has the highest revenue sharing in the space, no minimum spending is required. Join MonsterMarket Discord.