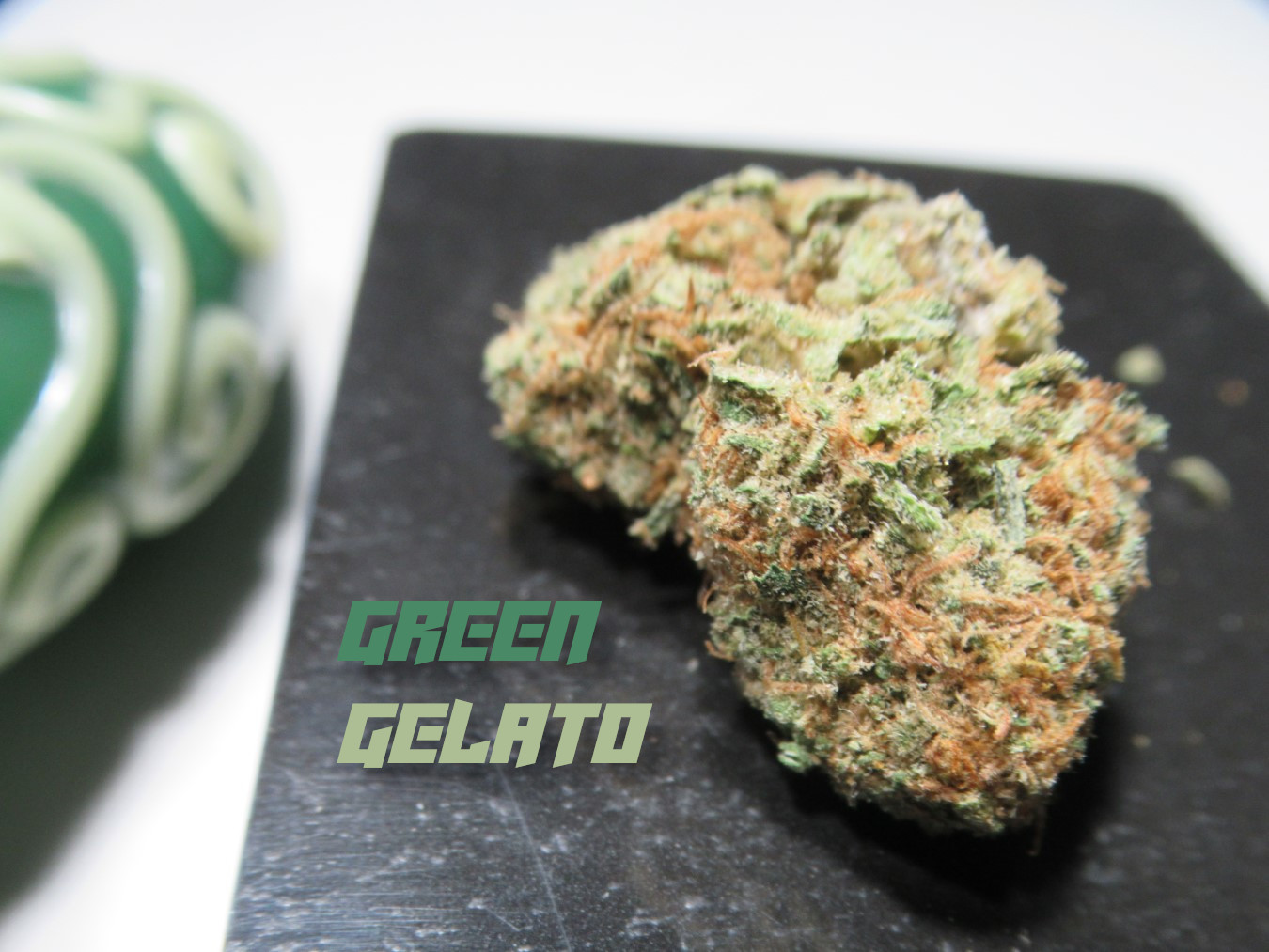 After a day of garden transplanting, the evening rain and Green Gelato bowl tokes har perfect timing. Tasty sweet and sour fruity citrus, creamy vanilla skunky pine zest flavor. A rush of chest buzzing euphoria with the first toke, the balanced energy and smooth cushion creeps in. I was reading an interesting article about THC and CBD residue being found on an ancient Israelite ceremonial altar.

The Green Gelato 55/45 indica hybrid cannabis strain was created with the crossing of the Thin Mint Girl Scout Cookies, and the Sunset Sherbet strains. These indoor grown buds have a solid 25% THC (Source). 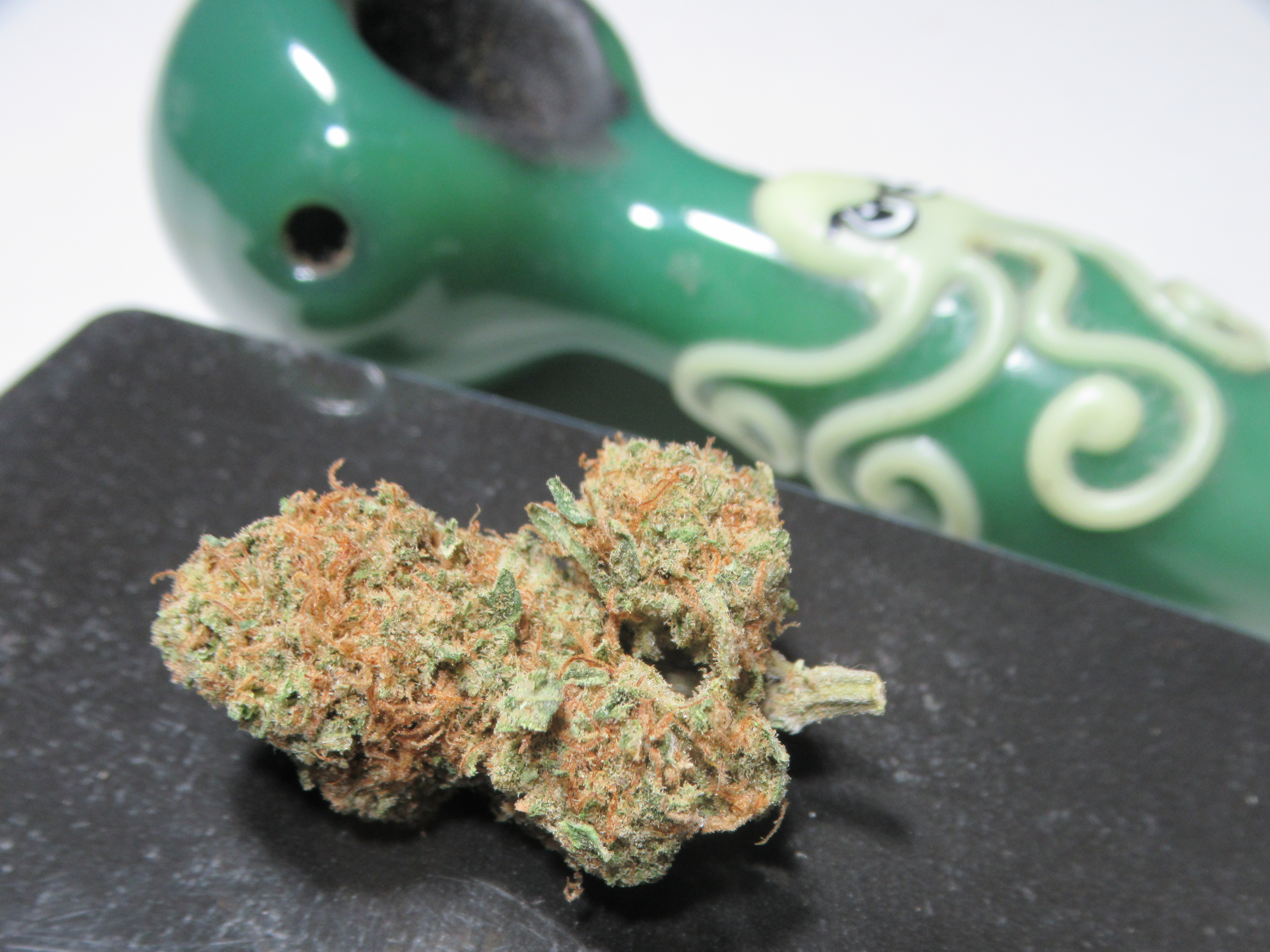 According to the The Jerusalem Post, "The first evidence of cannabis being used by ancient Israelites has been discovered". The fortress mound of Tel Arad was excavated in the early 1960's - the fortress dates to between the 6th and 9th centuries BCE, it guarded the Judahite Kingdom's southern border. There were two altars with burnt residue on them - one of the altars had Frankincense residue, the other altar residue contained THC and CBD. Animal fat was also present, possibly used as an oil to help draw out the cannabis compounds for easier evaporation - there were also remnants of animal dung that was possibly mixed in to heat the mixture to aid with the vaporization. Although, if the altars were also used for animal sacrifice, then that would also explain the presence of those additional materials - it's possible they burned the cannabis like incense or sage. "this is the first known evidence of a hallucinogenic substance found in the Kingdom of Judah. It seems likely that cannabis was used at Arad as a deliberate psychoactive." - (Source). 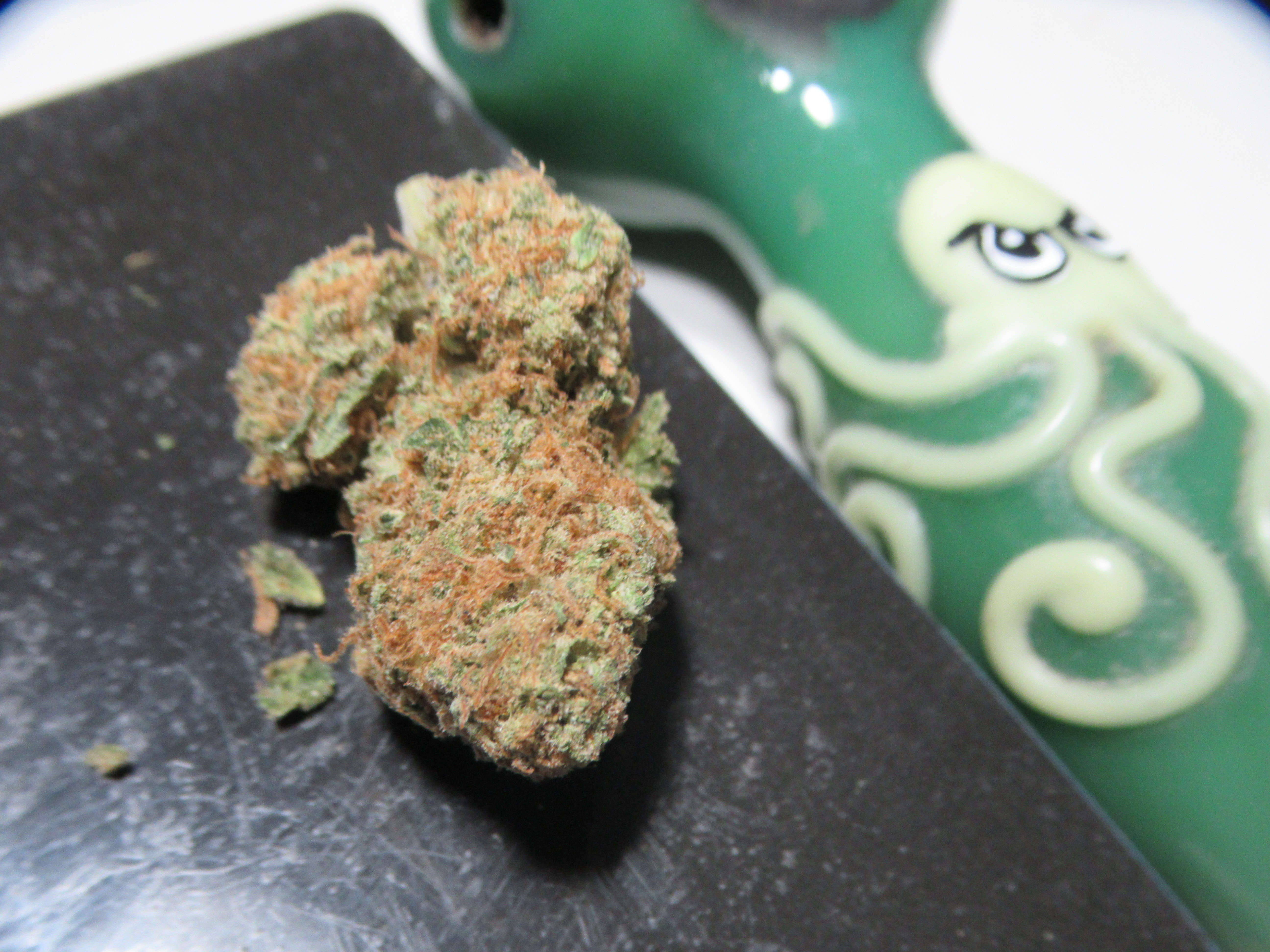 I packed up the glow in the dark Octopus Bowl for the early evening Green Gelato bud tokes. A little piece of bud goes in the bottom of the screen-less bowl before adding the grindage.

This Review Not Intended as Medical Advice, Know Your Local Laws.