picyoudyer (59)in WeedCash Network • 2 months ago 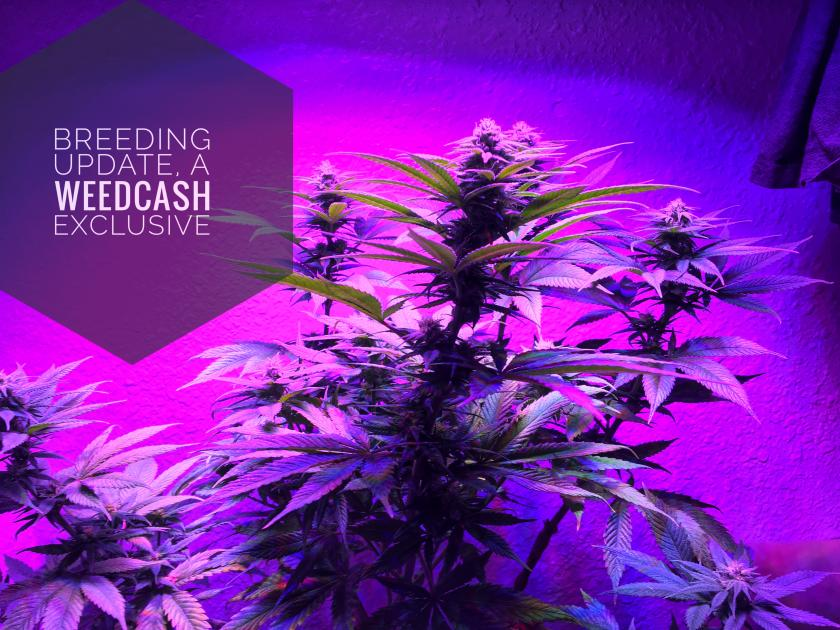 I am using my old "Blurple" for the female that has been pollinated. For the other males, and soon to be pollinated females, I am using my balcony. Latley it has been raining, and cold. So I have been bringing them inside for the night, or leaving them by the window during the day. When I pollinate the other females I have, I will be letting them sit under the "blurple", while I leave the other pregnant female outside. The weather should be clear by then. No pollen had dropped yet, but should be any day now! Which will be perfect timing! I have always told myself that I would never embark on another breeding project, until maybe I had a house, but once I start growing, and a male presents itself, I can not refuse. No matter the plant, I always get attached to it. But honestly this brings me so much joy. Sure its a pain in the ass, but a life with no challenges, is a life that is 6 feet under.......

Another big payout bro! Keep up the awesome posts.

Haha! No master here, but I have fun. Thanks for the comment:)

looking pretty killer if you ask me, Can't wait to see how the seeds come

Thanks man! I so far love the structure of this plant. One thing for sure, all energy is going into producing seeds.

That purple lighting is so awesome. I can’t wait to start breeding as well. Good luck homie.

It's trippy, but I can't see anything at all. I like to be able to see details, to see how healthy the plant is, how far along the trichomes are, etc. Those pics have no such detail, just a big purple glow :P

Yeah i am glad i am getting my moneys worth. I remember when I was growing in the closet, I had this same light, and then I got another same exact light to run in there. Well I did not account for the heat. When I added the second light, my closet jumped from 80 to 100 degrees! If i had a tent with the same exhaust I would of been good. But the new lights they have, just like the one you got are so much superior.

Can you give me a link to discord again lol

Congratulations @picyoudyer! You have completed the following achievement on the Hive blockchain and have been rewarded with new badge(s) :