While the Livelihood of Canadian Citizens Burns

ironshield (73)in #informationwar • 9 months ago 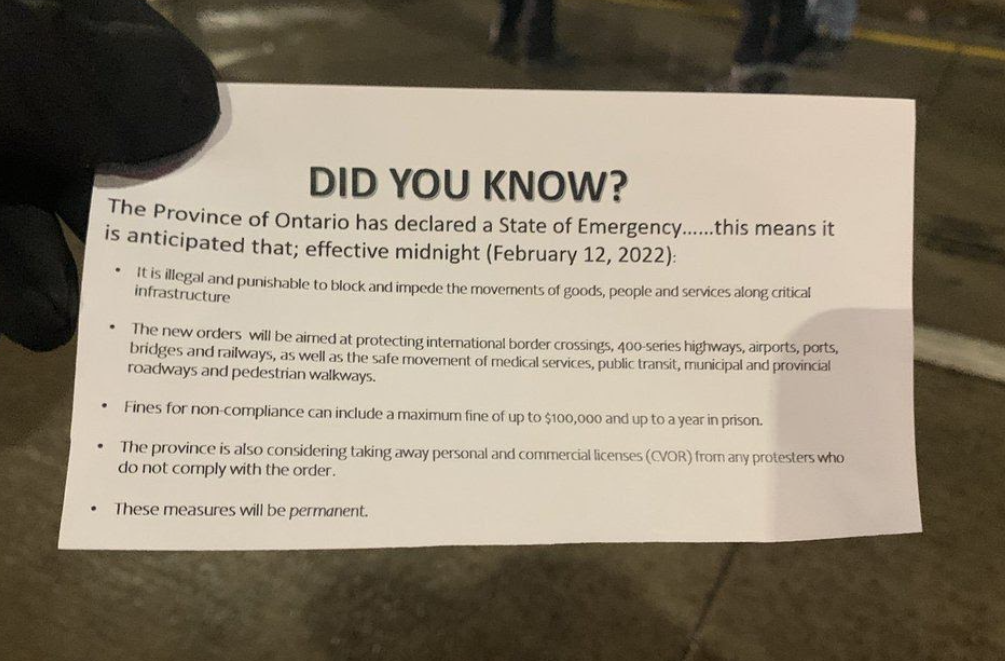 These Measures Will Be Permanent?

This is an image of the first set of notices given out to the visiting citizens in Ottawa. It lists what new "restrictions" and penalties will be in place after Feb 12th.

Interesting that STANDING AND WAVING A CANADIAN FLAG is not deemed illegal. In no way does the protest in OTTAWA block or impede the movements of goods, people and services.

So what justification is being used to PUSH protesters out of Ottawa using batons, tear gas, rubber bullets, and arrests? What in the "Emergencies Act" allows for the attack against peaceful protesters? How can the State of Emergency simply be DECLARED? How can a Province DECLARE anything without debate, or a vote?

What or who has granted the Prime Minister of Canada the ability to make a "declaration" to simply "invoke" a State of Emergency? I thought only DICTATORS can DICTATE commands?

As we know, the Prime Minister has not been willing to meet with the trucker convoy and seems unwilling to budge on his demands. The letter sent to the leaders of the convoy (before "invoking" the emergencies act) is simply insulting.

While the protest is explicitly AGAINST vaccine mandates, a letter from the Prime Minister has agreed to a "conditional" meeting, if truckers can prove they are vaccinated, you get a few minutes each. 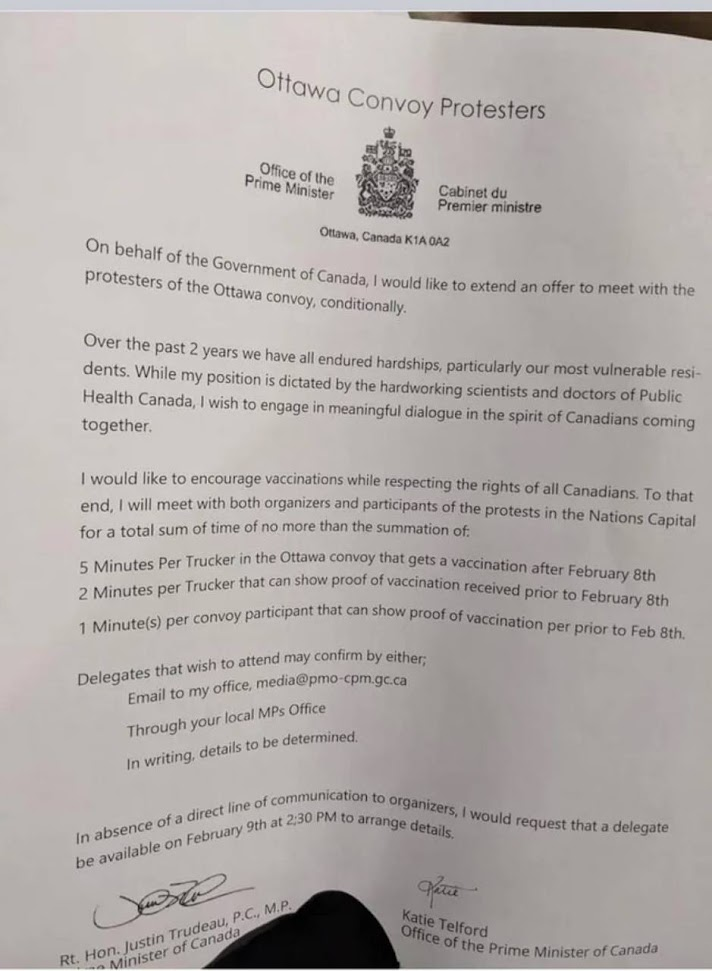 This offer was rejected, as the truckers have already given their terms.

Why is the Freedom Convoy called "so-called" by legacy (obsolete) media? The convoy is ACTUALLY called "Freedom Convoy". By saying "so-called", it implies that the trucker convoy is something other than a freedom movement. What is their definition of freedom? Manditory Vax-pass is freedom? 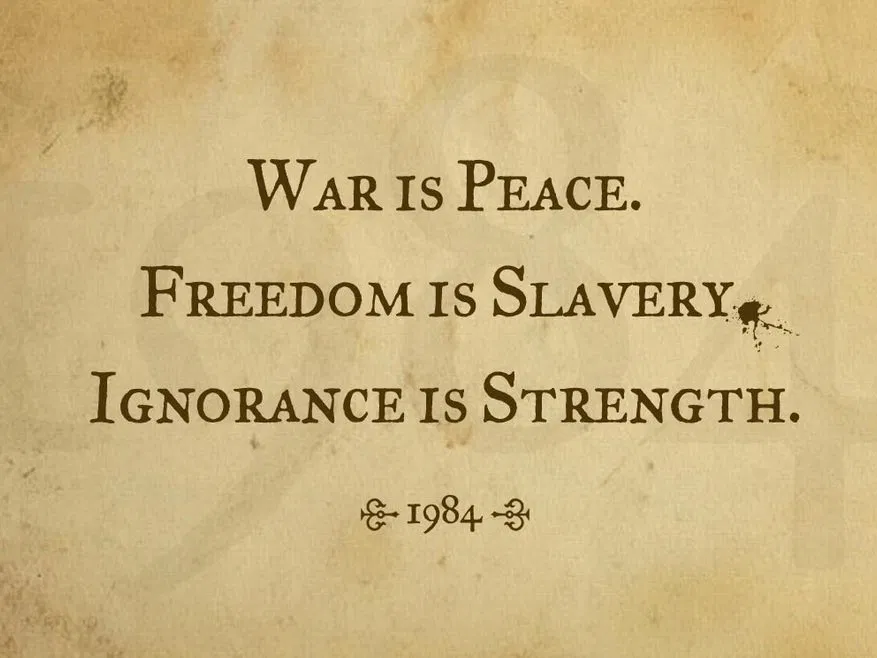 BLM has NEVER been called "so-called". Can anyone imagine the legacy (obsolete) media using the phrase "The so-called Black Lives Matter protests"?

The stench of hypocrisy is rising up to Heaven.

Characterizing the forced removal of peaceful unarmed protesters as "retreat" is offensive.

Praising the "largest police operation in the country's history" as if it were something just and right, while these bullies are riding horses over little old ladies and shooting rubber bullets at point-blank at journalists, while they single out and grab front-line protesters and drag them to the back of the line and restrain them by force... this is something to be impressed by? Bullies abusing unarmed Canadian citizens?

When Will This End?

It will end when one of two things happen:

Either JT steps down and mandates and passports are eliminated, at which the truckers will go back to work and the party goes back home. Once all the terms are met, the protest ends and everyone goes home. There might even be fireworks.

Parliament will dig in their heals further, refusing to relinquish the mandates and policies and the Canadian economy comes to a screeching halt. Beginning tomorrow, Monday (February 21st), a very large percentage of Canadians will refuse to work for 7 days. No deliveries, businesses shut down, no transactions. And the one thing that they fear the most: once banking websites are online (if they ever go back online), many Canadian citizens are going to get their money out quickly. Yes, a run on the banks. Freezing financial assets over political opinions and activism, destroys ANY confidence in the banking system.

The outcome of this is in the hands of the newly created dictator of Canada. A lot of political fall out will be happening (perhaps) on Monday, as the fate of the nation hangs in the balance. 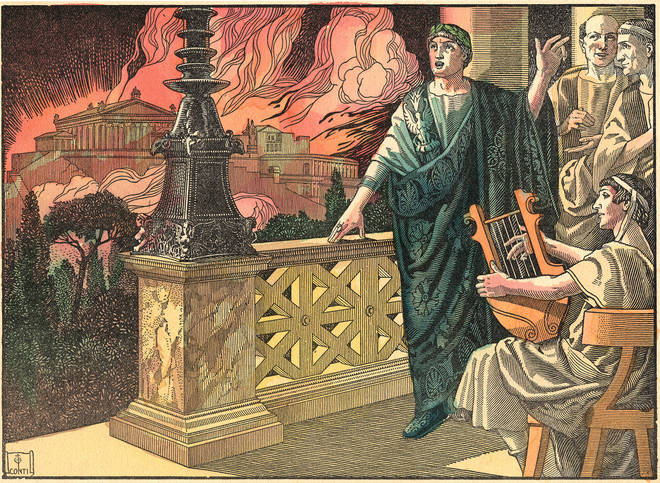 Crazy stuff I hope the freedom convoy gets there requests.