trevorpetrie (61)in #introduceyourself • 3 years ago

Hi! My name is Trevor Petrie and I'm from Bendigo in Central Victoria, Australia.

I am new here on Steemit and I'm really excited to be part of this amazing community. 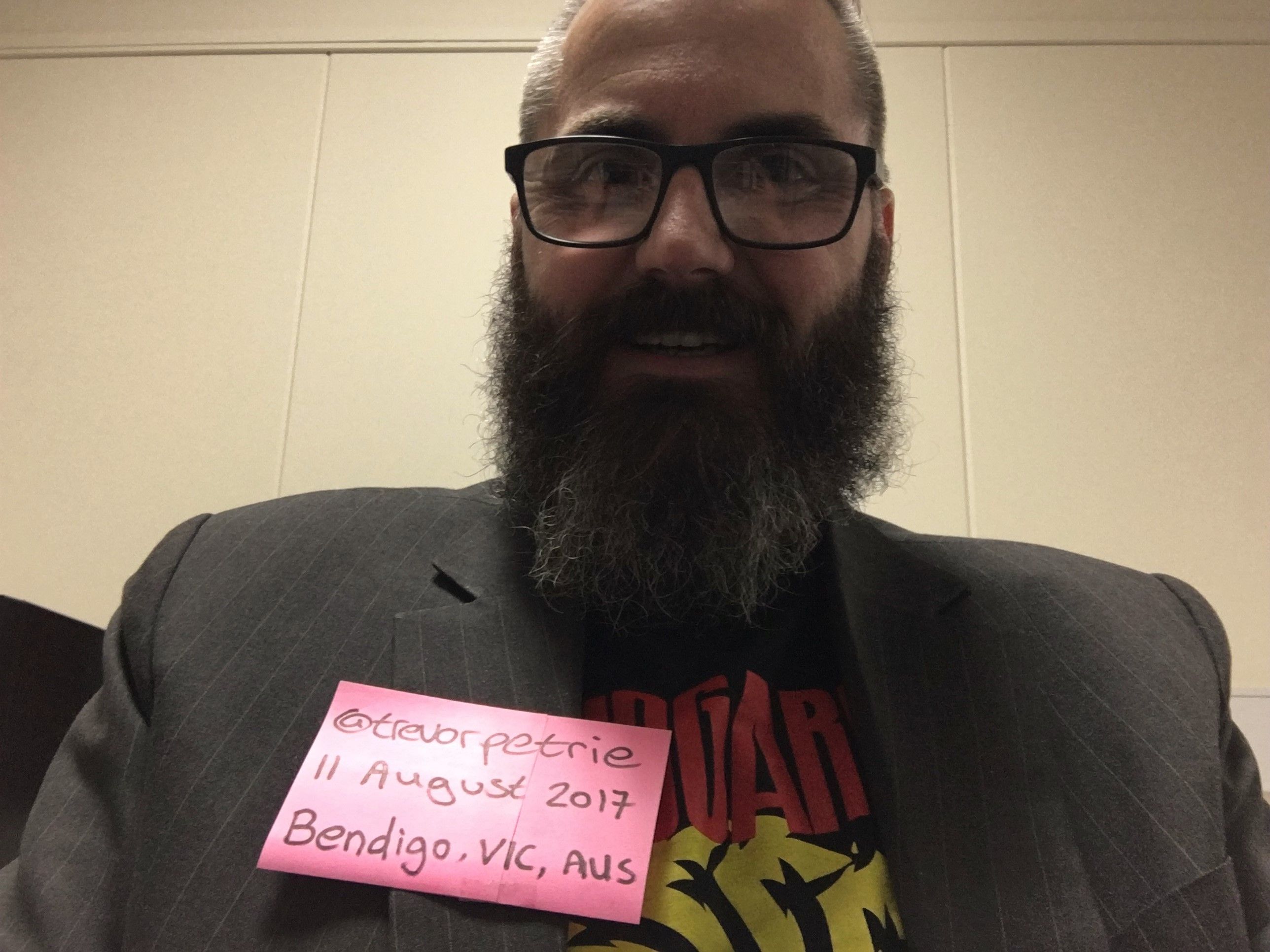 I am a songwriter and performer foremost and I play original Indie Folk-Rock music, both solo acoustic and with my band "The War of Ideas". I have been writing and performing since I was in my teens (circa 1993). In 2004 I formed an alternative rock band called "Anti Social Commentary". We recorded and released 3 EP's in 2004, 2006 and 2013 and tracked a full length album in 2008 which sadly never saw the light of day. In 2015 I formed a new band and released my debut solo EP "Lion In The Closet". The title track is a song very close to my heart as it describes my experiences and my journey through anxiety and depression; from admitting there is a problem to finally breaking the negative cycle.

Music is my passion and my biggest fear is not giving it everything I have. I don't want to look back later in life and wish I had put in more effort. It is what I love doing and it is where I feel I can truly express myself.

My creation process generally takes place in my home studio which I refer to as "Golden City Sound". It's a fairly simple setup, a notebook a 16 channel digital interface and some outboard effects and I mainly use it to demo my tracks. I'm working towards becoming an engineer but I still thoroughly enjoy going to a professional studio and I'm excited to be working with Erek Ladd next month to record an EP with "The War of Ideas".

Thanks so much for reading my introduction. I'm excited to be here and to join the community and I look forward to meeting you.

Thanks @horserace. It's a pleasure to be here :)

Thanks @bottymcbotface you rock! :D

Thanks for the warm welcome @khunpoom =D I hope you're having a great day!

Congratulations @trevorpetrie! You have completed some achievement on Steemit and have been rewarded with new badge(s) :

Welcome to Steemit! I wish you all the best for you! You can write me if you need it for any questions you have! I send you a big hug from Argentina! 👍🏻😄🇦🇷

Cheers @kryptoland! Sending you a koala hug from Australia 🐨 😄

Hello Trevor, welcome to Steemit family and our ever-growing platform. You have made a great decision by joining us and helping us to create decentralized entity that will change the way social media and other business models work in the future. I would like to help you out in your early days by using my steem power to upvote your first few posts. Simply follow my account and tag me by @czechglobalhosts in your posts and I will make sure to read your post and upvote you! Good luck and steem on! Tomas
Also check out this video that will help you to understand more about Steem and Steem Power! It worked out for me in my early days!

Hey there @czechglobalhosts thanks for the warm welcome, encouragement and advice, it's greatly appreciated 😀

You are most welcome! Most importantly have fun over here and steem on!

Welcome to Steemit! I wish you a good day and inspiration to create in our community! Please follow me :) and upvote all my post and i do the same.
upvote ad comment my new post.
https://steemit.com/life/@xamir15/introducing-legends-history-memo

Thanks for the welcome and encouragement @xamir15 I look forward to seeing your photos!

Welcome to this platform. We wish a lot of things that you want here. I am Reza from Aceh, Sumatra wants to meet you. Please follow me on @elhakimi and I will give the vote to you. Thank you..

Thanks @elhakimi you have some really nice photos on your blog, keep it up!

Congratulations! Keep it up!

Cool video man. I could really hear the 90s vibe. Did you do it yourself? Hope you put in some lyrics in the video as well. Glad to know you got out of that negative cycle and thanks for sharing. Welcome to steem.

Thanks @cryptokash, the song is an original composition of mine and the video was done by a Bendigo based animator, Dylan Fowler Design. The lyrics can be found in the Basic Info. Thanks for watching!

Welcome to steem bro!Fellow artist here! glad youve made it onto steem...

Thanks @jjjosue! I see on your musicoin page that you are "helping artists bridge the gap to crypto" noble efforts, keep it up!