Bitcoin was known to be the first cryptocurrency that eliminated the third party by introducing a new decentralized computational architecture in the financial system. Each of its transactions is stored in a blockchain, which is a distributed public ledger of all transactions or digital events that have been executed and shared among the network participants and it was first used with Bitcoin.
In today's blockchain application, the smart contract introduction makes its scope go beyond cryptocurrencies without the need for a trusted third party to execute transaction and operation.
How about governance and voting right without the intervening of humans? It's actually 1-year old that a community-owned and fairly distributed DApps known as Edgeware was launched. 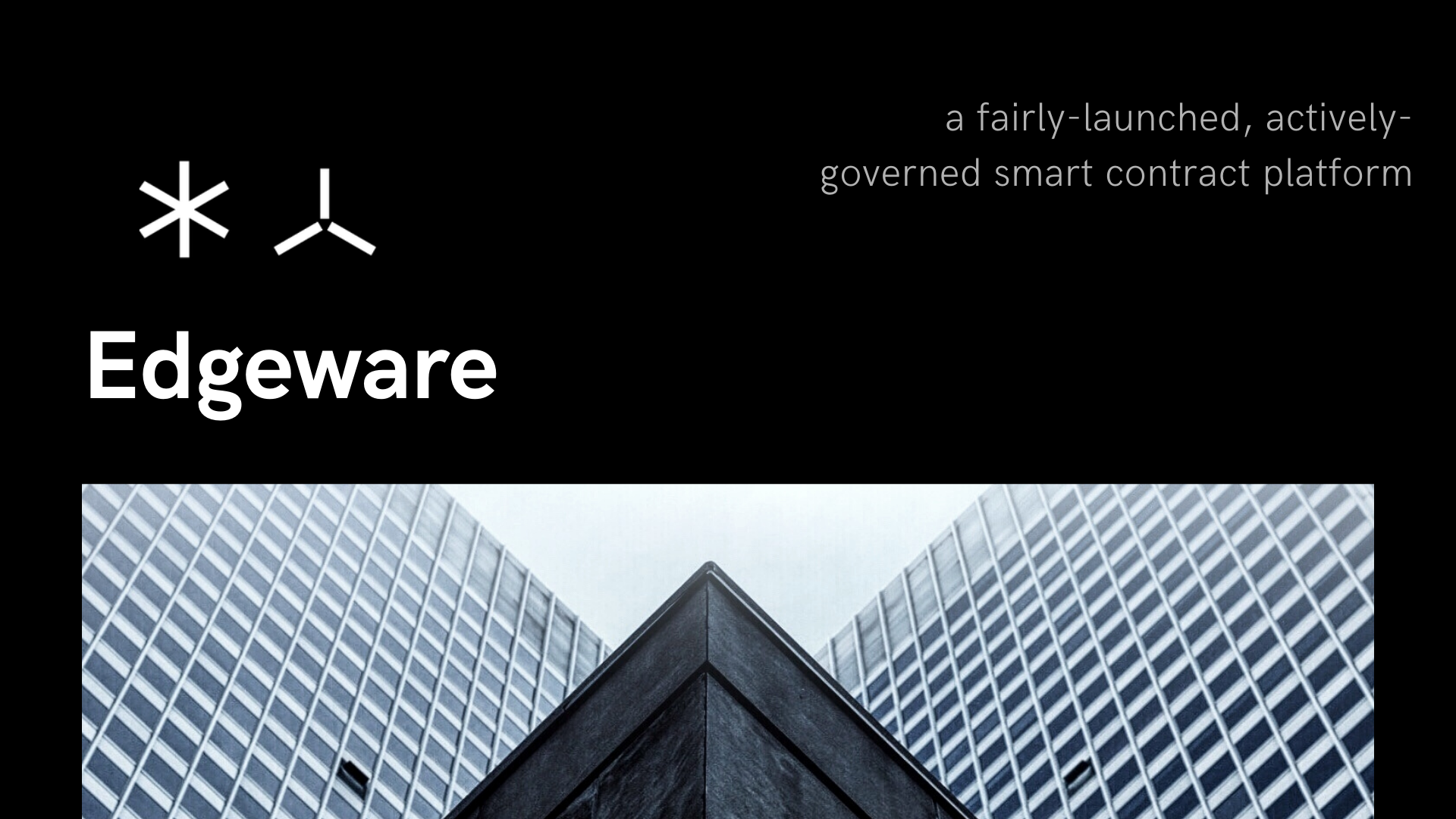 One of the advantage that blockchain technology has is a reduction of transaction costs with a generated distributed trust which empower decentralized platforms but with the boom in DeFi (Decentralized Finance) ERC-20 based projects, the transaction costs are becoming a headache to many crypto enthusiasts and making them looking for an alternative.

Edgeware is a decentralized application for an Open Society. It is a community-owned, fairly distributed, powered by a substrate. A project built to the running time of the blockchain in the decision-making process in order to generate a more effective governance solution for blockchain platforms. Participants can vote, delegate, and fund improvements and upgrades through DAOs, economic mechanisms, cryptographic voting systems, and more with a transaction fee of less than $2 worth of EDG. As staking is one of the major in Decentralized Finance, Edgeware gives token holders staking and voting right. This lead to an EDG Token (Utility and Governance Token) for the fairly launched community-governed blockchain.

EDG is the token sticker for Edgeware governance token which belong to DOT ecosystem and cut off high gas fee transaction attached to ERC-20 based token.
5 Billion EDG tokens were minted at its launched and in crypto market cap of today, EDG is rated 191 according to coingecko. You can make use of Wallet Account on Polkadot.js Extension to keep your EDG assets and you can access it also on MATH Wallet a multi-platform (mobile/desktop/extension/hardware) universal crypto wallet that enables storage of all BTC, ETH, Polkadot, Filecoin, EOS, Solana, BinanceChain, Cosmos tokens. 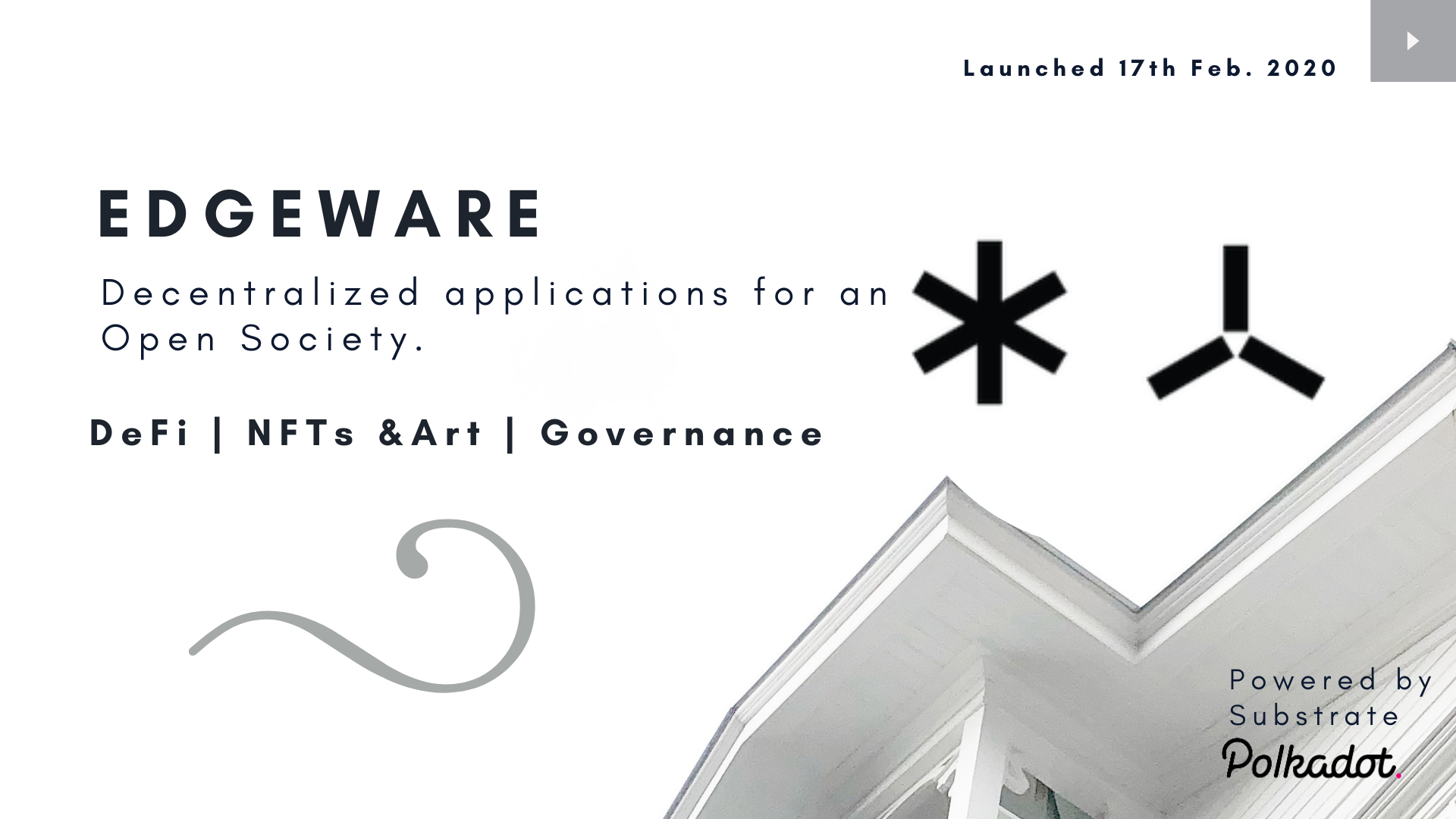 With EDG, a developer can deploy WASM Contracts written in ink by making use of a deployed Full EVM compatibility layer and tooling support provided by Edgeware. Deployment of a contract made easy, check out Here.
Edgeware community is an open forum and sharing your idea with the team will propel support in achieving it. To mark the 1-year celebration of Edgeware, the brand identity process for Edgeware was updated as it was declared through the Edgeware Commonwealth Forum, let's share ideas and make this ecosystem great.

Sorry but why are you using the sports tag for this post?

This should be an oversight. thanks for the attention buddy i appreciate

No problem, but don't make it a habit because then you will get downvoted by the community.