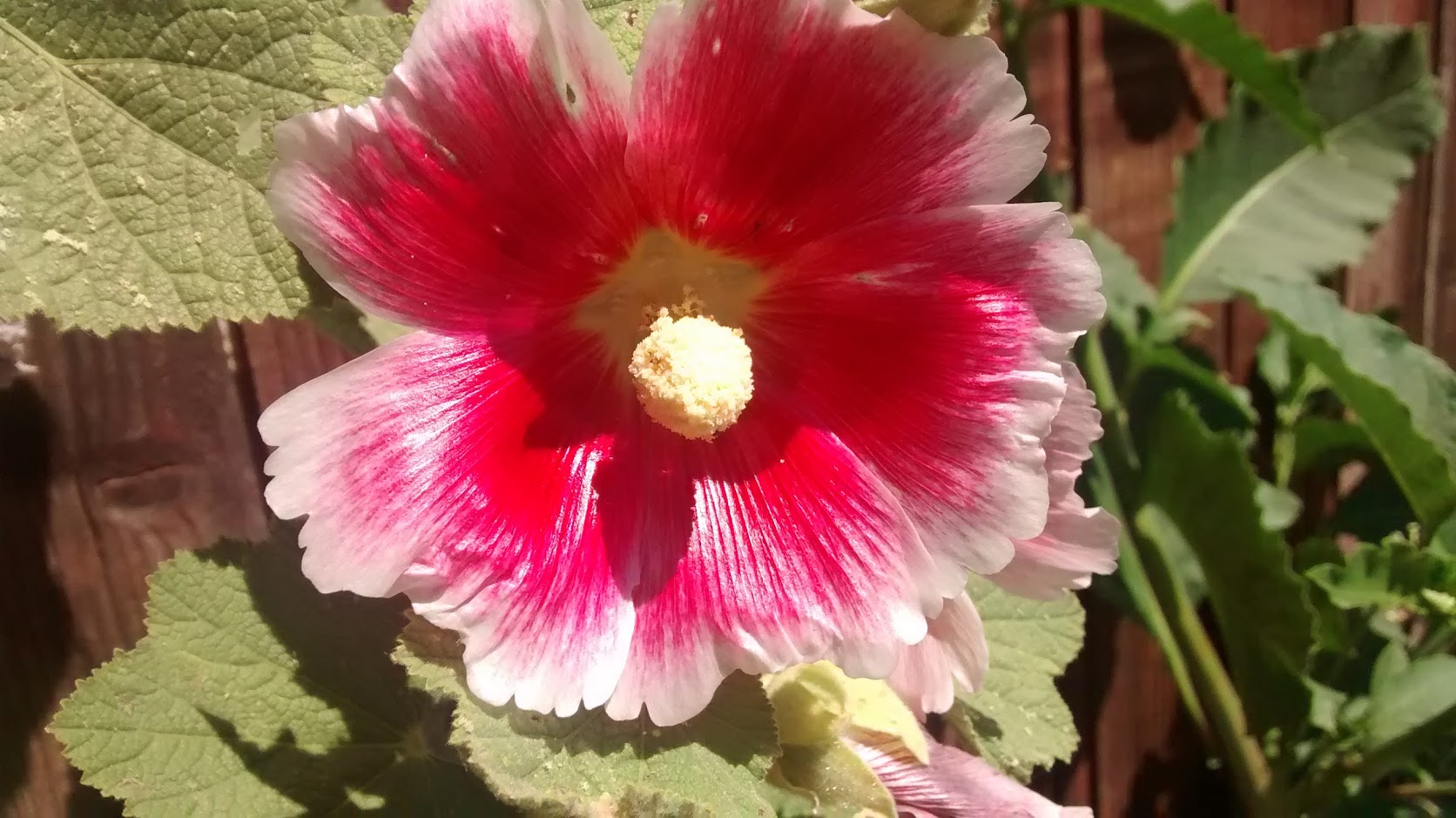 This was on my walk yesterday did I see this flower. I know some people would call this plant a weed, but to me it is a pretty flower. Well, a cousin in-law told me that he calls it a weed.

I did do a Google search on this flower, they mention that it could be a Hollyhock. You know I think that is right. I seen the picture of the whole plant and it looks like what I saw on my walk.

Why was I walking? Well, I was on my way to my mechanics as I wanted to pick up my 91 Chevy S10 pickup. They were working on it as I wanted them to fix the speedometer and odometer. I thought it would be something easy like just changing the cable, but I found out that for that model, that there was no cable at all.

The speedometer and odometer was using some kind of sensor, and they looked and called for the part new or used, but that part was not available to them. Then they told me that the part that was needed was not available. I told them maybe they can get an alternate type of speedometer, like one that you could attach to the dash or something like that. So the mechanics looked into it, but they took a long time.

Then I called them up to see if there was a problem and that I needed the 91 Chevy S10 on Saturday as I told my neighbor that I would help him move. Well, the mechanics didn't order the part yet and told me that I can pick up my pickup. I told the guy that I was looking at Amazon and looking at there GPS type of speedometers.

So Dave the guy that orders the parts told me to order what I want in a speedometer and if I bring it in, they would install it and hardwire it to the fuse box and also have a wire disconnect so I can put the device away. He told me that people would want to steal it. I didn't know that people would want anything like that, but it sounded good to me.

I did order something that I liked and will bring it to them next week and they can install it then. Amazon did contact me and told me that the part was coming on Tuesday, so I will take the 91 Chevy S10 back on Wednesday and have them put it in.

So I seen this flower on my walk to the mechanics, this hollyhock flower, a very beautiful flower.

Let's end with a scripture, as it is written, with Jesus speaking, I am the vine, ye the branches: He that abideth in me, and I in him, the same bringeth forth much fruit: for without me ye can do nothing. John 15:5.

If you enjoyed this blog, please upvote and follow.
Thank you, David.
Image is mine, taken with my Moto G.