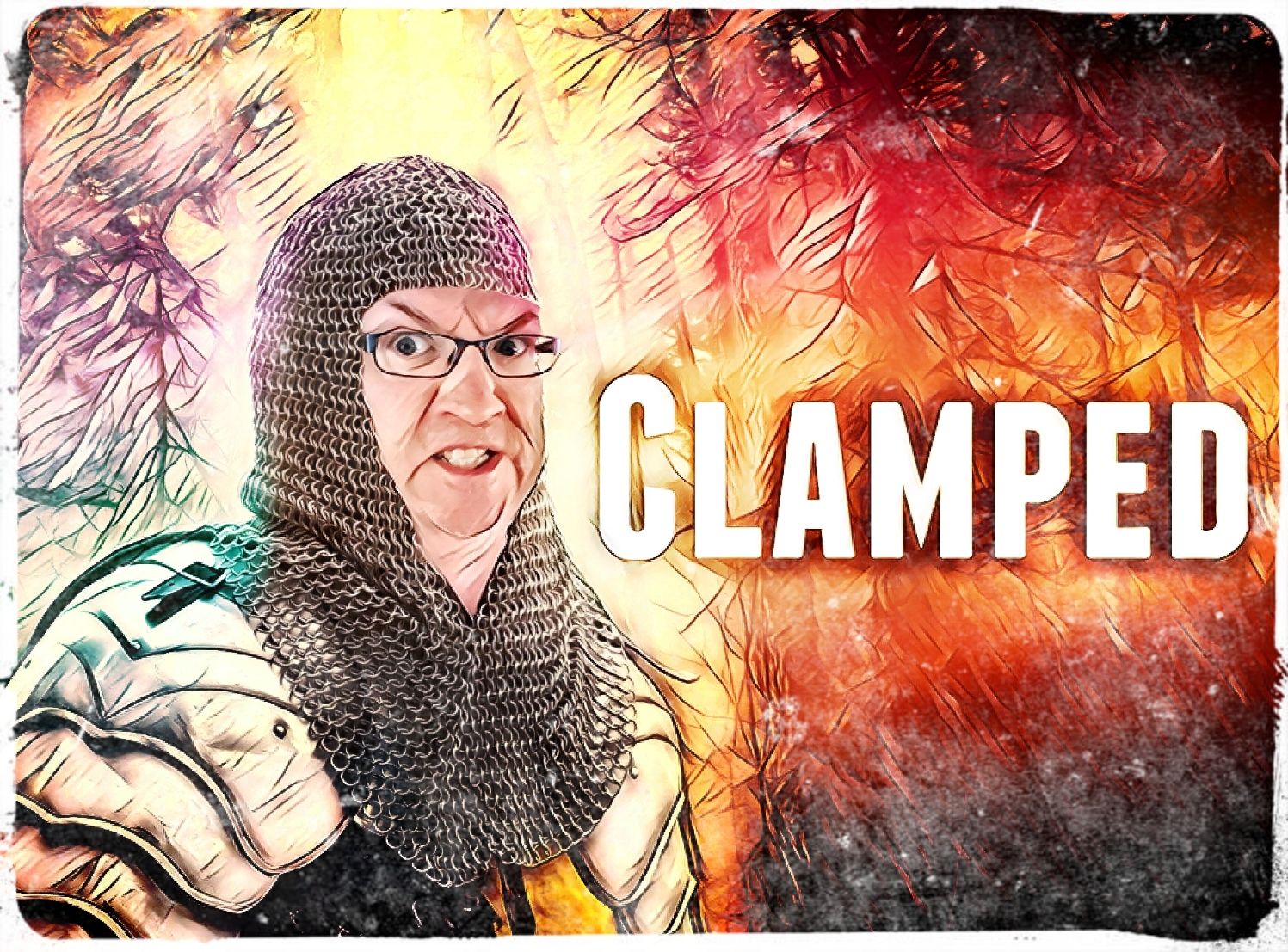 My imaginary enemy dropped to the floor, intestines spilling out from the massive holes I had blasted into him.

I hissed over his still cooling non-existent corpse.

So you think you can fix it, Daddy-Bear?

The Good Lady's voice trilled out like a flock of terrified starlings in a tumble dryer set to wrinkle release.

Hastily, I tucked the drill down into my bag of man things and hefted it up on my shoulder.

Yeah, baby-cakes. This shit will be a doddle.

Laughing like a man with no feet opening yet another Christmas present consisting of socks, I marched out of the garage and into the arena where my challenge awaited.

It sat in front of me glistening in the morning sun like a whale's penis.
did you know that a whale's penis, if severed, can grow into an entirely new whale? Look it up, it's true. I swear.

The task ahead of me should be a trifling one. Yesterday, the Good Lady, unaware of her sheer brute strength had somehow torn the handle to the boot of the car clean off.

I had reassured her that even though she had defiled my first love with her filthily strong sausage fingers, I was willing to not only forgive her but also fix the handle myself to save us some cash.

I mean, it was a black bit of plastic... How hard could it be?

I swaggered round to the back of the car and inspected the bit where the handle once lived. Scooching down I reached into the bag of mannity and pulled my drill back out. It was a DeWalt, it was said that only true men could wield them.

I was one such man.

I lowered the drill to my once beautiful car and stopped.

Aye aye... What was going on here then?

Where I had expected a hole or two with a missing bolt or screw, there was nothing. Where the boot handle had attached to the car there was only a grimy mark and hole for the wire that connected the lock.

Shit. So I couldn't just drill it back on?

Fuck, I was lost.

My drill whirred forlornly as I pushed it back into my bag of mannity. I scratched my head. What the hell could I do now?

Aye aye, looks like somebody could do with a bit of bonding glue!

I jumped in fright and looked behind me for where the voice had come from. It was my neighbour, The Jim, standing a healthy two meters away.

You got any bonding glue? I have some if you need it.

He smiled as he said this.

I frowned. What the fuck, was he speaking French?

I said hesitantly, looking up and down the street in case there was a battered old grey van ready to swoop in and abduct me away to Russia to make me entertain men with silly names like Boris or Ivor.

The Jim smiled reassuringly, as if we were playing poker and he had been dealt a couple of pocket rockets.

Umm. No, I don't have any Bonding glue?

I shrugged my shoulders nonchalantly as if he wasn't terrifying me with his strange words.

That's alright, lad. I will bring you some over. That will sort you out no bother.

The Jim made to head for his garage then stopped suddenly and turned back to look at me, one of his eyebrows raising up to a fearsome height.

You'll need to clamp it though. You have got a clamp, haven't you?

I snorted like a horse mistaken for a donkey. A clamp? What the fuck was a clamp? Was this a test?

A clamp? Ha, oh don't you worry. I'm all about the clamps.

I chortled and shimmied my shoulders back and forth as if I had just tupped another man's missus.

So you've got a clamp then? I don't need to bring one over?

The Jim grimaced, obviously at the thought of a man not having a clamp.

I slapped my thigh as if we were slicing a turkey together and he had announced that we should make our own gravy.

I'll bring a clamp as well.

You always have a way of cracking me up. I am reading this post in the banking hall and I can't contain myself.

By the way, the whale penis thing is not true right??

LMAO this is like a a Monty Python skit or something 🤣

HAhahahah! Sometimes, that is what my life feels like. At least in my head :OD

You're back as if from the dead despite the repeated blows to your mannity!

My mannity takes a beating but it just keeps popping back up!! :0D

They put stuff together with magic anymore lol.

You and your things friend always make me smile, you make my life happy, a lonely man like me needs this kind of reading, it was a good decision to follow you, your post is long but it's worth reading and I like it, but I'll tell you what I made a post and they gave me two answers, nothing to do with the post and I write little, it is frustrating

Cheers mate, I appreciate it!!

It can be frustrating when you get responses like you mention.

Glad to have spread a little cheer at the start of the new year!

DeWalt huh? I had thought highly of you already but now...God-like status has been attained. Well, minus a point or two for lack of clamps bro.

You surely don't have clamps? Who has clamps!!

But yeah, DeWalt is the sword of champions in drill form!! :0)

Well, I have clamps dude. It's is taught in kindergarten here in Australia. All men must possess clamps.

No, nipple clamps don't count either.

See, this is why I should have been born in Australia. All I learned in Scotland was how to get drunk and hit people with half bricks and broken bottles.

I am off to buy me a clamp! not a nipple one either!!

Any clamp will do, except a nipple clamp...And then your legend status will be confirmed.

P.s. Getting plastered and clocking people with masonry and shards of glass is also legit, so the Scottish kindergarten system seems to be doing their job well. #topeducation

Hurrah for the education!! It is nice to know that all of that time was not wasted.

Except the nipple clamping, that wasn't taught. That was aquired :OD

I have a DeWalt as well - no bonding glue, nor a clamp.

DeWalt's are the best! I don't think I had ever seen a clamp in real life before. Who would have one?!

The only clamps I have are in the bedside table drawer, not my toolbox.

Of course, how else would you fix the night light to your book!

better no clamp then the clap

what a difference one letter can make...

Ooft yeah, one letter can make a vital difference there. This is why I don't wink at anyone anymore!

If I did we would be in trouble because I world be cheering it is and growing a new me until there was a thousand of me!!! :0D

The correct answer is ... "Hrmmmm. ... I have lots of bar clamps. but, I haven't needed any clamps that are this small. If you could bring over one of these tiny non-manly clamps, I'd appreciate it .... If you ever need a reallllly long bar clamp, you are always welcome to borrow one of mine - of course, it's so big, I'll need to help you carry it"

Of course, in Canada, babies don't get pacifiers, we're given a small C-clamp to help with teething pains. 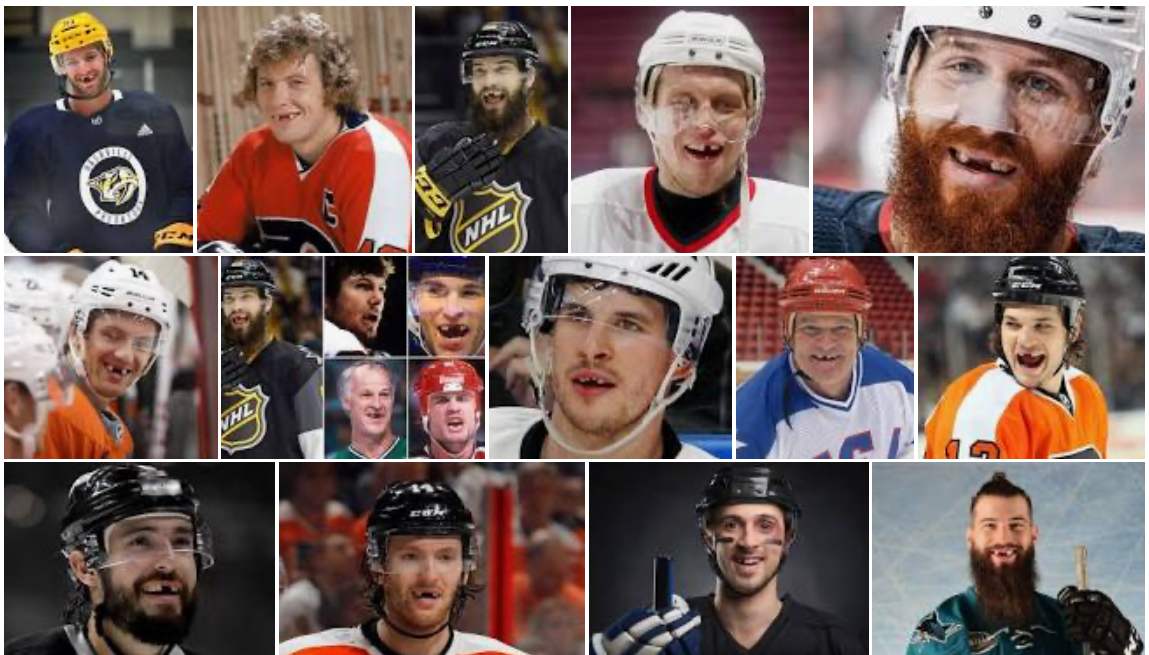 A bar clamp?!?! That is just leaping beyond the realms of normal clampery. What are you some type of Lord of the Clamps?!

I shall ponder these words, perhaps they are french after all and I need a linguist to un-knot them for me... :O)

This is a trip down memory lane... From childhood to adulthood. ;-)

NOTE: When you master the bar clamp, you realize that you can link them for twice the length.

hello dear friend @meesterboom good afternoon
You are a very wise man, I did not know about the whale penis.
hope the trunk works fine now.
have a wonderful night

Never trust a whale's penis. If there is one piece of good fortune I can pass on then let that be it! ;OD

Where there is a drill, there is a way! Drill some holes in the boot, the DeWalt will be eager to do so. Make some little holes in the plastic at the right spot. Screws in, done. No need for Jim and his stuff to fix it! Arrrrrr and roarrrrrrr! 💪😎

That was my original plan! Then he comes along with some foul smelling rust coloured goo and sticks it back on them clamps it. Apparently I can take the clamps off this morning;

I hope so. I'm still not convinced by this glue nonsense!

The idea of using glue in this case does seem a bit odd to me too. But maybe it does work this way, fingers crossed.

And in a worst case scenario you can always go back to plan A. :-)

You got me to look up terrible things!

My daughter just checked on me from behind asking me what I am doing..... then went to her mom!

We don't have a dog house. But I have heard Homeless problem of the country is much reduced now, so one more won't be much of an issue!

Oh noes, how come the ladies of the house are always so sharp eyed!!!

Quick, invest in a good shed for the garden and get some supplies in it. It can be your very own lockdown chamber!

Oh that's funny. Was reading the link to the whale pelvis bone, like a trick kite!! Awesome, the things you find out!

Glad to be of service!

My backyard, if you can call it that, is 10 ft by 6 ft. Only thing that fit in that space is perhaps a coffin!

Good news! They are on sale!

Get a load of them and stack em high, you might be able to work them into those odd little sleeper cabins that you get in Japan for budget Travelers. That back yard will start paying for itself in no time 😃😃