juanmiriethuriel (30)in #marriage • 18 days ago 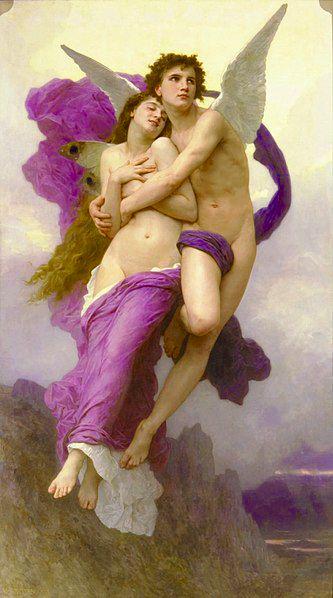 “For this reason (by the will of the Shekhinah [Virgin Mary]), a man will leave his father and mother and be united with his wife. Together, they shall be one flesh.” – Genesis 2:24.

To be one flesh is the sacred act of marriage. This leads us to this question: Must we get legally married in order to perform the immaculate sexual act?

As one of the most frequent questions in Glorian, marriage is only performed by sex; that is all.

As stated in “The Binding of Marriage”, marriage is not established by words, statutes, constitutions, or laws. It is only established by immaculate sexuality.

“Remember, true marriage has nothing to do with the social or religious formulas of this barbaric humanity. The authentic marriage is performed when a couple unites in spirit, soul, and sex; the true marriage must be pure like a lotus flower.” – Samael Aun Weor, The Major Mysteries

There are two types of marriages. There is a legal marriage and an authentic marriage. Legal marriages are the social or religious formulae of this barbaric humanity. This barbaric humanity counts as 99%, which relates to the humanoids. These humanoids are not true humans; they are intellectual animals. Authentic marriage is the unification of the body, mind, and soul of man and woman through immaculate sexuality. The immaculate sexuality itself is the Arcanum A.Z.F.. The authentic marriage itself is the Perfect Matrimony.

You and your spouse may end up facing opposition against cohabitation by your social peers and families. The prominent opposition against cohabitation is “highly religious” people. You and your spouse may get challenged by these types of people. These “highly-religious” people are those that believed themselves to be religious, yet they are actually not religious people. As I, Juan Mirieth Auriel, have told you many times, religion means union with divinity. These highly religious people are the simple people who literally read and interpret the Bible more than they have no knowledge. There are also family members that morally oppose the cohabitation of man and woman. Sometimes (certain) family members reject the marriage of man and woman because of interreligious or interracial marriage. Interreligious or interracial marriage is permitted as long as it is constituted by the will of the White Lodge.

Within the humanoid status quo, both couples must remain publicly anonymous in order to avoid unwanted attention or trouble because of the humanoids. Both couples, while publicly anonymous, must openly express and hold themselves that they are boyfriend and girlfriend. Not everyone is ready to learn that husband and wife are created from the authentic foundation of the Perfect Matrimony. The 99%, representing the humanoids, may morally reject the sacred Arcanum.

While cohabitation remains constitutionally sustained, only two laws remain in effect: thou shalt not fornicate, and thou shalt not commit adultery. Fornication and adultery remain unlawful according to the word and will of the White Lodge. Cohabitation will not result in a likelihood of split and domestic abuse (or violence) if and only if cohabitation does not lead to fornication and adultery. Cohabitation with an authentic marriage has the foundation to sustain the honeymoon of man and woman for a lifetime.