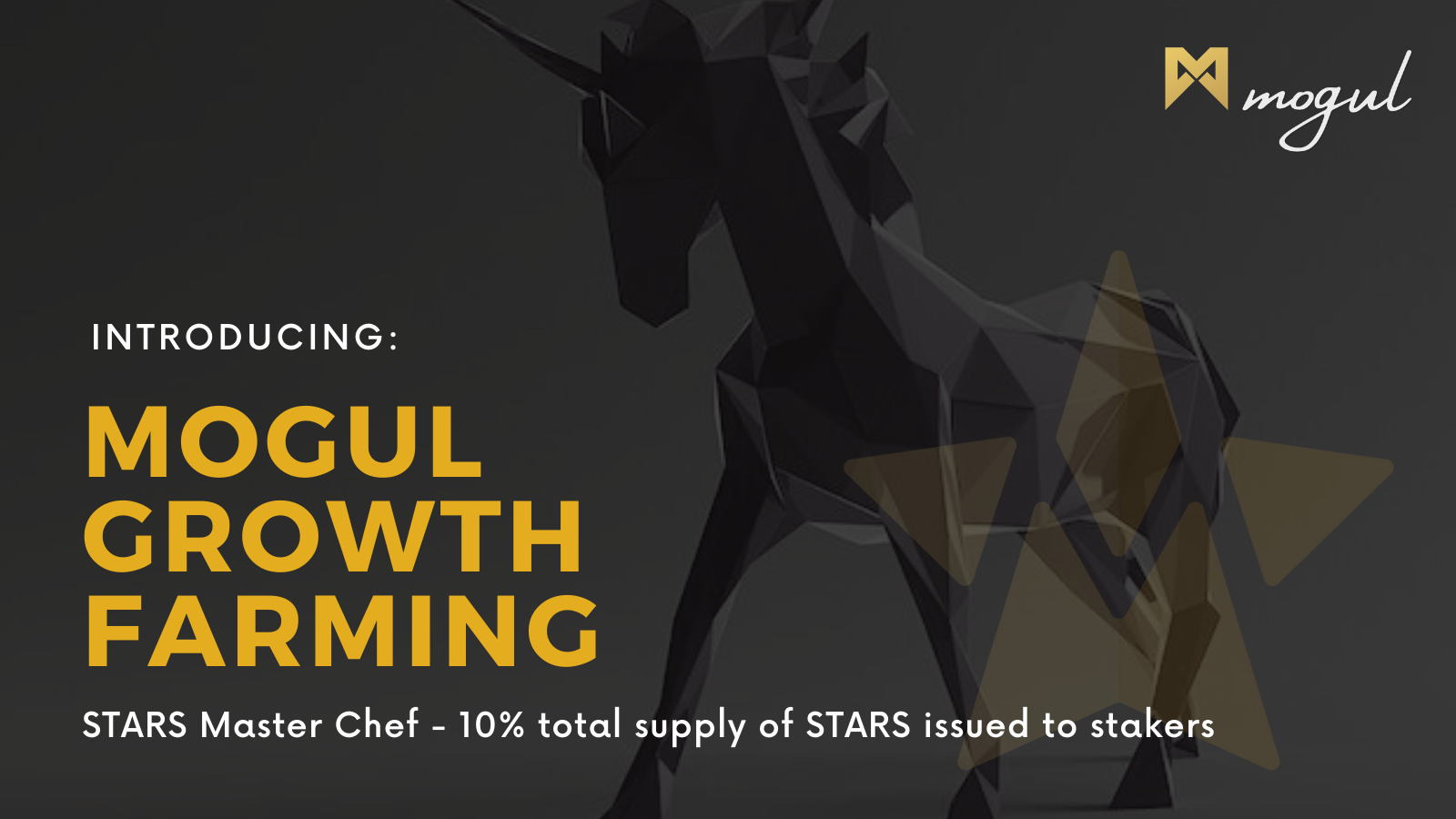 The Mogul Growth Farming Campaign which was launched sometime in April has entered its second phase. The farming program is designed in such a way that about $40 million stars tokens would be distributed to farmers over a 4 month period.

So far, the 1st phase of the farming program has since ended. During the first phase, 2000 STARS tokens were split between farmers per block with a total of 100,000 blocks sheduled. In all, about 20 million STARS have been issued to farmers throughout phase one of the farming campaign which lasted for two weeks.

Now the second phase of the farming will span through 200,000 blocks and about 70 STARS tokens will be issued to farmers per block. In other words, about 14 millions STARS will be distributed to mogul farmers in phase two of the program, which will span thru the next few weeks.

Notwithstanding the obvious decline in rewards so far, its never late to key into the Mogul growth farming campaign now especially when you consider even fewer rewards will be issued in forthcoming phases and thus the reward will be declining as the program progresses. This reward model is intentionally put in place to encourage community members to participate in Mogul's activities early enough.

The essence of the farming program is to create an avenue in which Mogul community members can earn more STARS by staking their token. Recall that the STARS token is the determining power by which members get to have a say in the decision making processes taking place within the Mogul community.

Goodluck and see you at the farm.