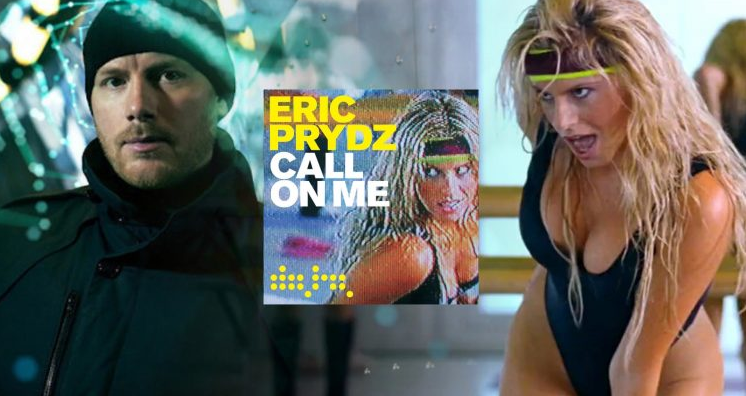 Prydz presented his proposal to Vinwood and was so impressed with the result that he re-recorded his subject's voice to perfectly match the song that Eric Prydz made to put the pieces of the puzzle together and the result was whatever it was. a true national anthem.

Unfortunately, the song is several years old and Prydz hasn't played it live since 2005, but the idea that he might play it again at one of his shows...gives me goosebumps.

"Call on me" is remembered for its melody and video clip. It has been criticized and loved by many over the years, some valuing its enormous cultural value, others labeling it sexist, it has been imitated by cancer charities, the Royal Marines and even metal bands... You can see, it's been played a lot over the years.

Continuing as one of the most important works of public art of the 21st century, "Call On Me" is the perfect example of physical anonymity. Throughout the video, no one is named, and the camera moves around the training room, slowly, focusing on each breast and hip, almost completely ignoring faces. This is very important because representing the participants as purely sexual and physical objects, devoid of any individuality, in turn suggests that the natural tendency of our species is to be stimulated by the simple act of seeing our own flesh.

The song is based on an original track by Steve Winwood (1982) called "Valerie".