Vaccine Certificates Are Here, to be Issued to ALL Coronavirus Vaccine Recipients 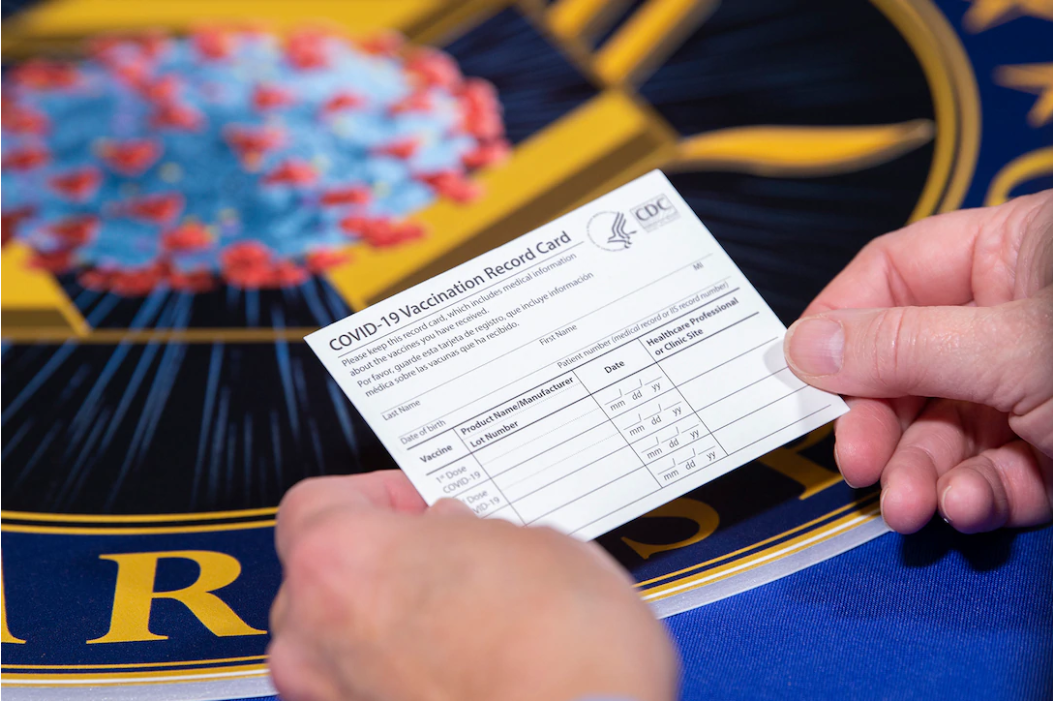 All recipients of the coming 'Covid19' vaccine will be issued a vaccination certificate, health officials recently announced, with the Department of Defense releasing the first photos of the 'Covid19' vaccination kits and 'COVID-19 Vaccination Record Card' on Wednesday.

As reported by CNN, "Vaccination cards will be used as the "simplest" way to keep track of Covid-19 shots, said Dr. Kelly Moore, associate director of the Immunization Action Coalition." The reason given for this unprecedented 'need' to "keep track of Covid-19 shots," is because every vaccine recipient must return for a second dose, and it must be ensured that they are given a second dose of the same vaccine as it is anticipated that there will be multiple vaccines being given to the public at the same time.

"Everyone will be issued a written card that they can put in their wallet that will tell them what they had and when their next dose is due," Moore said. "Let's do the simple, easy thing first. Everyone's going to get that."

Every dose administered will be reported to the CDC, but it is unclear whether the CDC will be maintaining a database that keeps a record of everyone immunized, although it is not unreasonable to assume this will be the case. It has previously been revealed that a key function of the military's Operation Warp Speed will be to conduct a two-year nationwide surveillance program that monitors every vaccine recipient in order to test the long-term vaccine safety and presumably compare results of the various vaccines being issued.

The social engineers behind the Covid1984 agenda have since the beginning of the so-called pandemic been calling for various forms of a vaccine certificate, with the likes of Bill Gates insisting that there will soon come a time when a vaccine certificate or immunization passport will be required in order to travel. Independent researchers and analysts have been sounding the alarm over such a future immunization passport being used to restrict certain basic human freedoms of those opting not to get vaccinated. I have long predicted that mandatory vaccination is just around the corner, but that vaccines will not generally be mandated by government law and edict so much as by corporate pressure to produce some form of vaccination certificate in order to receive common services and function normally in society. Such speculation was deemed conspiratorial by establishment media for months, but now we have been given notice that such vaccination certificates will in fact be issued to absolutely everyone who does get vaccinated for 'Covid19'.

The mainstream media has been talking about the potential of societal restrictions being imposed on anyone who refuses to be vaccinated, and issuing a vaccination certificate to those who are vaccinated is a huge step in that direction. Giving us a preview of this future in August, in an article entitled "COVID-19 vaccines could become mandatory. Here’s how it might work." The National Geographic subtitle explains: "After a COVID-19 vaccine is available, you may need to get inoculated to go to the office, attend a sporting event, or even get a seat at a restaurant."

You walk toward the arena, ready for a big game, tickets in hand. But what you see is a long line wrapping around the corner of the building and a bottleneck at the entrance as people search their pockets and purses for a small piece of paper. To be cleared to enter, you’ll also need that document—proof that you’ve received a COVID-19 vaccination.

This is the future as some experts see it: a world in which you’ll need to show you’ve been inoculated against the novel coronavirus to attend a sports game, get a manicure, go to work, or hop on a train.

As the release of the myriad of coming 'Covid19' vaccines gets closer each day, such a future lies right around the corner. Two of the six vaccines developed under Trump's Operation Warp Speed, Pfizer and Moderna, have both completed testing and are at the head of the line awaiting emergency approval, at which point "the vaccines first shipments could happen December 15 and 22, respectively," CNN reported. AstraZeneca, which is projected to be the largest global supplier of 'Covid19' vaccines, looks to be on track to have its vaccine ready to submit for approval next in the very near future. Interestingly, instead of choosing one single vaccine that outperformed the rest or letting users make their own choice, the current plan of action looks to have the authorities designating which people are given which particular vaccines out of the many that will be available next year, which in and of itself raises a number of red flags.

Bill Gate's plan to vaccinate the world marches on as we continue to near the launch of the largest global vaccination program the world has ever seen.

For more on this agenda and the potential horrific side effects of pushing a rushed experimental vaccine featuring brand new technology on the entire global population, see my video expose, Covid1984: Global Vaccination | Bill Gates Exposed: