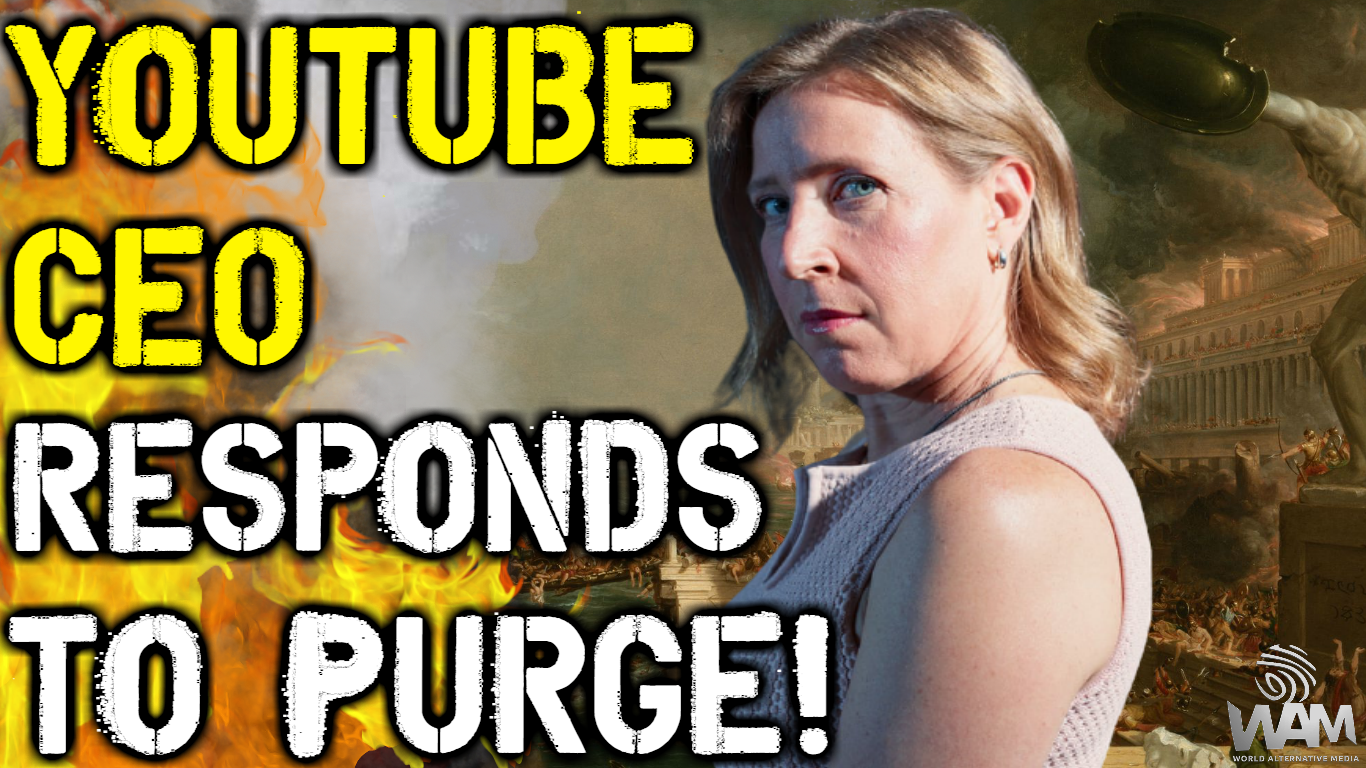 Josh Sigurdson reports on the absurd response from YouTube CEO Susan Wojcicki on WHY she had World Alternative Media alongside countless other independent medias like X22Report and SGT Report BANNED from YouTube.
According to Wojcicki, our content is "hateful" and will lead to real world violence. This is INSANE! Why don't you use 3Speak?
You're here dropping a link about censoring but promoting another platform.
So in effect YOU ARE ACTING AS A CENSOR OF 3SPEASK.

@theycallmedan has even reached out personally to you 'independent media' creators and said you are welcome on 3Speak but you arrogantly ignore it continue to simply dump on this platform with external links. Then you get butthurt when I call you out.

So put your emotions aside and answer the simple question.
Why don't you use 3Speak as your video repository?

Also, Josh is the queen of clickbait : D

Yeah there's no quality. If they come here claiming "I had so many followers and now they banned me" then you would think (or logic would suggest) that they would then utilise the Hive platform in full, and those followers would be encouraged to support that migration.

The bitchute post doesn't even mention Hive.
It has a tonne of links to other platforms, merch, donate buttons and a link to old steemit. Furthermore, granted there's a robust conversation on their video, there is not one response from Josh there.

These clowns are all the same, they are only in it to milk money by playing the victim. Their reporting is so basic. Just as you said, they only care for the clicks to gain that sympathy vote.

On another comment he gave me the "I'm living out of my backpack dude.." in attempt to have me feel sorry for him. Embarrassing. I'm not knocking the hustle but it's not even genuine or creative. Simply parasitic.

It's maybe not him at all. Just someone knows him sharing his content here maybe.

He replied to me on another comment trying to get me to feel sorry for him saying "I'm living out of my backpack" and got really emotional so it's him.

If you're right then that's worse.
This dump deserves no respect.

Anyway good journalists, they aren't.
They're only hurting themselves with sensationalism victimhood clickbait.

@encrypt3dbr0k3r is the Hive ecosystem the beneficiary of this post?
A post dump with external links to chase the actual content on Bitchute hardly seems like it's deserving of Hive rewards. I'm not dictating your behaviour and obviously you're free to put your investment wherever you please but this post is by definition: parasitic.

Upvoted and shared it on twitter, but I fully support the message by @teknow

You support calling World Alternative Media and Josh parasitic because they are venture capitalists?

where's the link to the video? would be nice if you could add hive to your Bitchute Profile!