The nextcolony / stardust economics of war

Final season has arrived.. 21 days to armageddon and complete annihilation of the universe.
.. and a gigantic final payout of a total of 42,800 steem.
First place will receive 15,000 steem, second 3,000 steem, third 1,500 steem and fourth 1,450 steem.. so its pretty much a winner takes it all situation like in a soccer world championship... who remembers the second or third place? 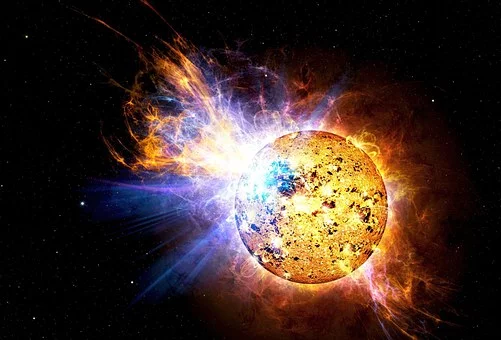 The mathematical way to do this is to look at the total price pool and the total available stardust and just divide the two numbers and you should get down to the fair value of stardust.

So lets bring in the data points to start with:
Token sale:

as 4 legendary have already been burned as well as 8,000 not legendary I assume for reason of simplification, that the 120 Mio. SD created by burning of the 8,000 planets as well as the 36 Mio. SD created by the burning of the four legendary planets have already been consumed for upgrading Yamatos and other in game transactions while the 47.59 Mio. cited in steem engine (of which more than half would be from the token sale) are still in circulation. If I err with this assumptions I believe I would likely err on the up side.. meaning there could be even more tokens left

Does this mean prices are overvalued and you should take the chance to sell down all the SD asap?

As we know, the market is always right, so there must be a calculation mistake? (Or is he? ;-) )

First of all I could err about the total number of planets to be burned as many already left the game.. having said that, I assume that those accounts hold only a small amount of planets... so no big mistake here..

But there is a another component we have to consider...

This calculation / efficient market hypothesis assumes, that everybody is rational and has all required information and calculations...
And this is very probably not the case... so if places one to five in the ranking do not collude atm.. nobody knows for sure what the strategy and power of the other competitors is atm. As the rewards table is very much bent towards the first place with 1/3 of the total payout for this place alone, being second in the ranking makes you the first looser.

So lets have a look on the current ranking:

URP points spent equals SD spent for upgrading the Yamato.. so the 15.3 Mio. SD spent by uraniumfuture equals at the current price @0.0003 steem / SD = 4,600 steem, place 2 proof of work spent 8.6 Mio. SD equaling 2,571 steem, captain kirk place 3 spent 6.3 Mio. SD equaling 1,891 steem.
But rewards for place 2 are only 3,000 steem, for place 3 only 1,500 steem.
And we know there are big accounts not having burned their legendary plants.
So at the end of the season this all could develop in a monumental battle for first place among 5 contestants who are left with a very odd decision:
Having spent already more steem equivalent in stardust to break even on place two or three (and so to accept to have already lost it all) and not to be able to make the cut, or to invest even more to get to first place.
The most interesting outcome could be: Four to five factions having already spent around 30 Mio. SD each, bidding each other up even higher.. so that at the end they have to spend around 40 Mio. SD to get to first place.. ( being not really able to make a good return at all)

Just think about this situation: You want to get the 15.000 steem price pool, you spent already the equivalent of 12.000 steem to get there.. you are place third atm... only a few hundred thousand reward points behind first place.. being third or second you nearly loose it all... being first you are at least break even... what do you do now? Where is the limit in further spending?

This could very well result in a prisoners dilemma situation where all involved parties use the sunk cost view about SD already spent and only consider how much more SD they need to obtain the first place and the 15k steem price.

So a scenario where three, four or five parties actually each spend more than 15.000 steem in SD equivalents is possible.

This will not only be very very interesting to watch, but this would of course also have a massiv impact on the fair value calculation... assuming four parties will spend the equivalent of 15.000 steem in SD will drain the SD supply pool by 200 Mio. SD. for these four accounts only.. compared with a total SD supply of nearly 400 Mio. SD.

And again.. also the opposite could happen:
All the players in top position on the rooster could either assume the above scenario and be very cautious about further SD spending or even collude... so entering the last week of the competition we could have the situation where the top 10 is fixed with a very low total amount of SD invested and other players burning their planets find NO buyer at all for their SD.. leading to a complete collapse of the stardust price...

.. and this could subsequently bring new players to the table trying to use that collapsed SD price to break into top 10 or even top 3... what will completely take those colluding top 3 players of guard...

whatever happens.. I assume it will have many surprises, possible turns, up and downs and brutal wars...

I have to say congrats to the nextcolony team for this final big bang.. I believe they very carefully thought about the different scenarios to come up with such a crazy reward distribution plan... last season will likely be the best season ever!

A game with strategies. Wow. It is obvious the first place will go home with a lot of steem