In The Kitchen With Kat 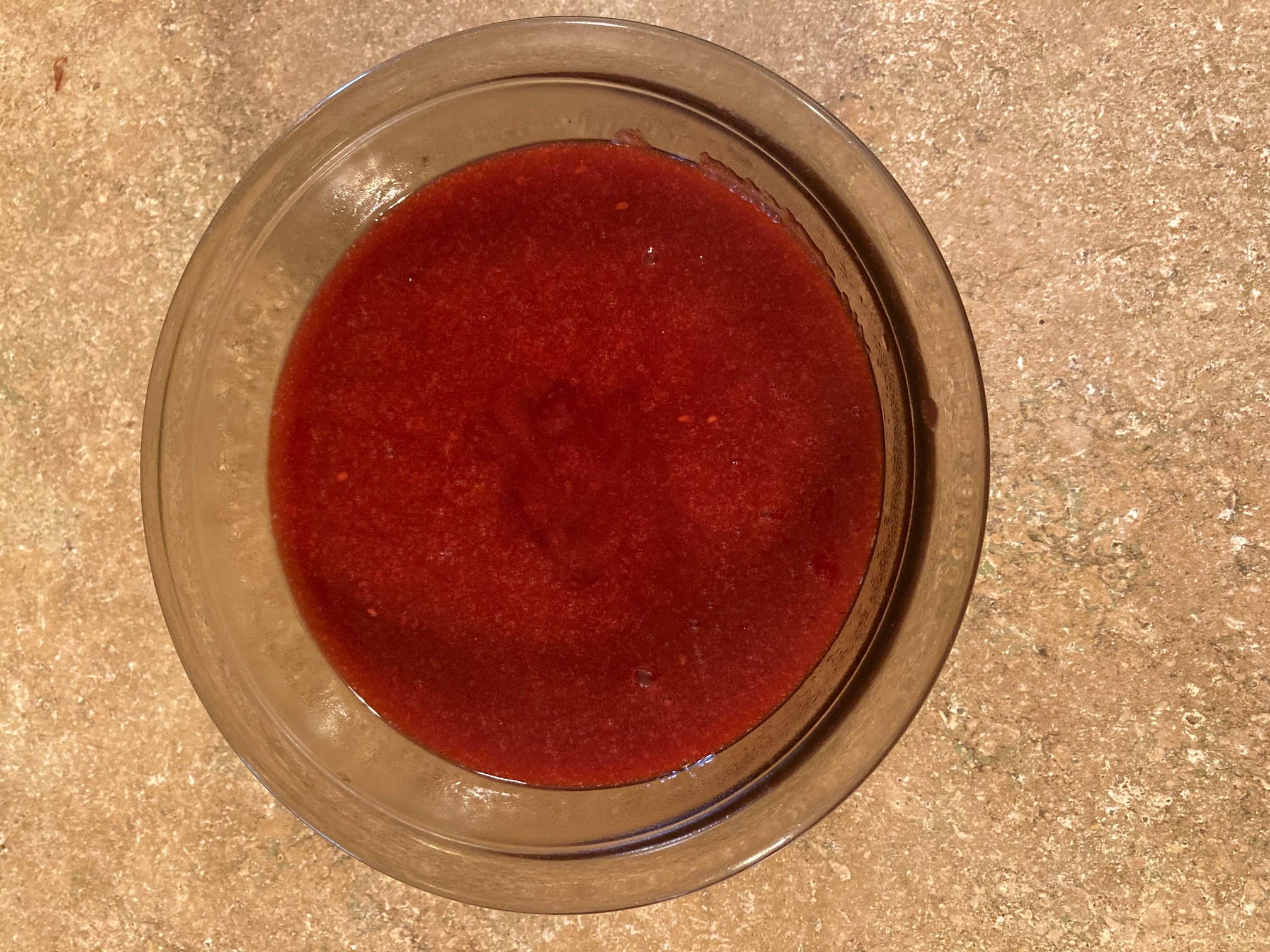 So here's a little insider knowledge: I really don't know how to do anything. Honestly! But, I am rather good at absorbing what other's create and applying it to whatever I have on hand to use. I guess you could say I am one of those necessity on demand folks, a human that is a little bit good at a lot of different things perhaps is a better way to describe it.

For years my lack of being good at something bothered me, but you know what, my ability to chameleon my way through life has been rather useful. Take cooking and baking for instance, over the years I have been able to whip up all manner of tasty comestibles just by looking at what's in my cupboards and checking out a few pins on the old Pinterest. It's like seeing other people's ideas activates the puzzle solving portion of my brain and I can come up with something useful and/or edible.

Anyway, all of this rambling has a purpose. The other day my cousin was not so subtly hinting around that he would love a birthday cake baked by yours truly. Through a bit of hilarious back and forth messaging, it emerged that he desired a chocolate cake with raspberry filling. Here is another not so shocking Kat secret: I love baking things for friends and family.

That said, I have loads of raspberries in my freezer thanks to the most wonderful lady ever, @scribblingramma, so I told him his birthday wish was going to be pieces of cake!

So, that found me staring at a bag of mostly thawed raspberries this fine and smokey morning. Well, first it found me taking in the crime scene-looking disaster that happened in my fridge because the bag of berries had an unknown to me hole in it. Sigh. 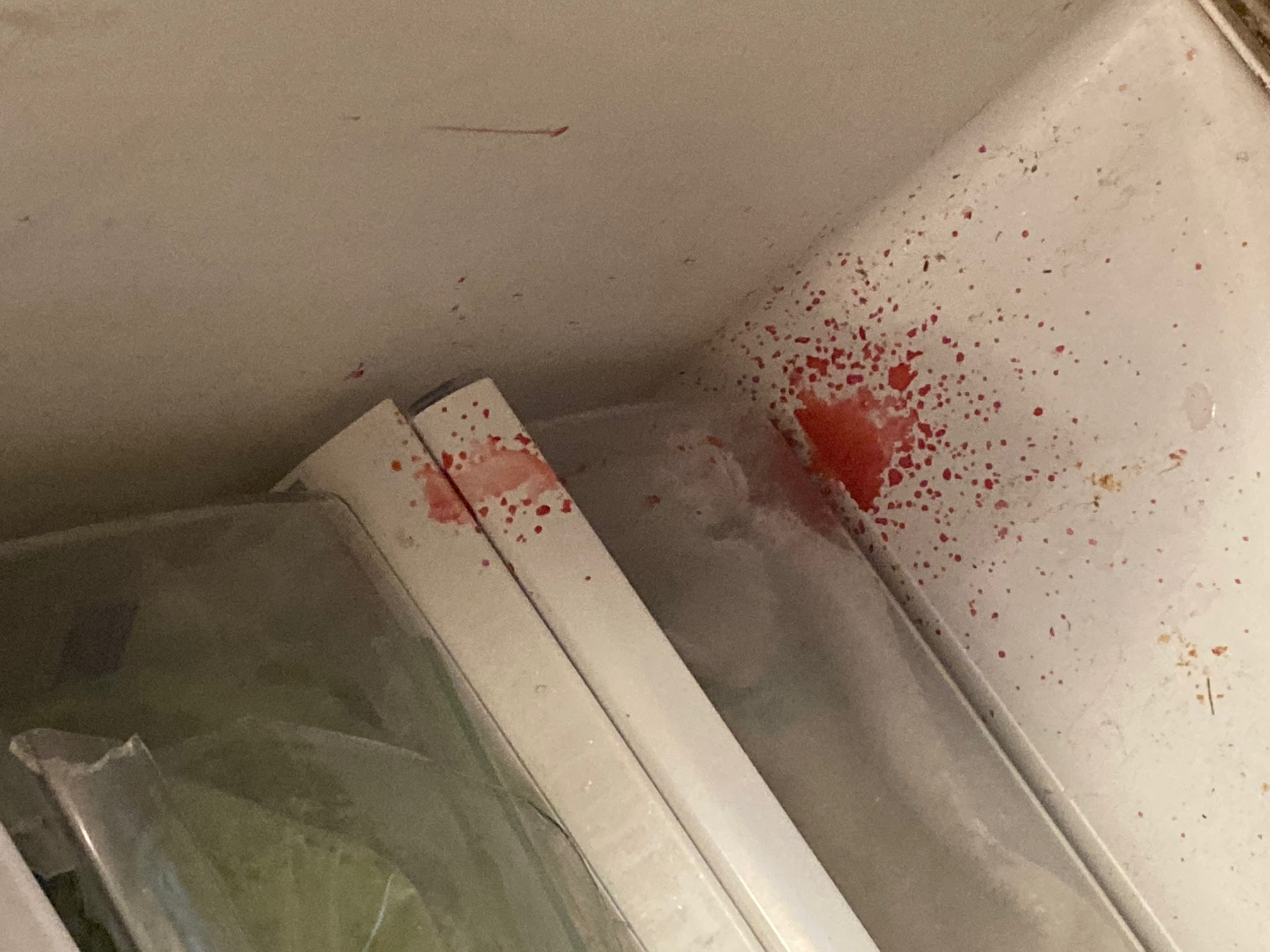 After cleaning up that splatter pattern, I got to work on the filling. Now, this recipe has a bit more labor involved than many of my recipes, but that is due to the fact that I don't like seeds in my fruit fillings. You know those fruit hand pies that you can buy, the one's with the filling so silky smooth that you could use it as hair gel? I wanted my fruit filling to have the viscosity of 30 weight motor oil sans the future progeny.

So, I got out my mesh strainer and proceeded to squish the raspberries through it. All in all that job took about 20 minutes or so, I really didn't notice the time it took because I talked to my brother and Rambling Ron during my labor. It's amazing how chatting with those two makes time elapse. 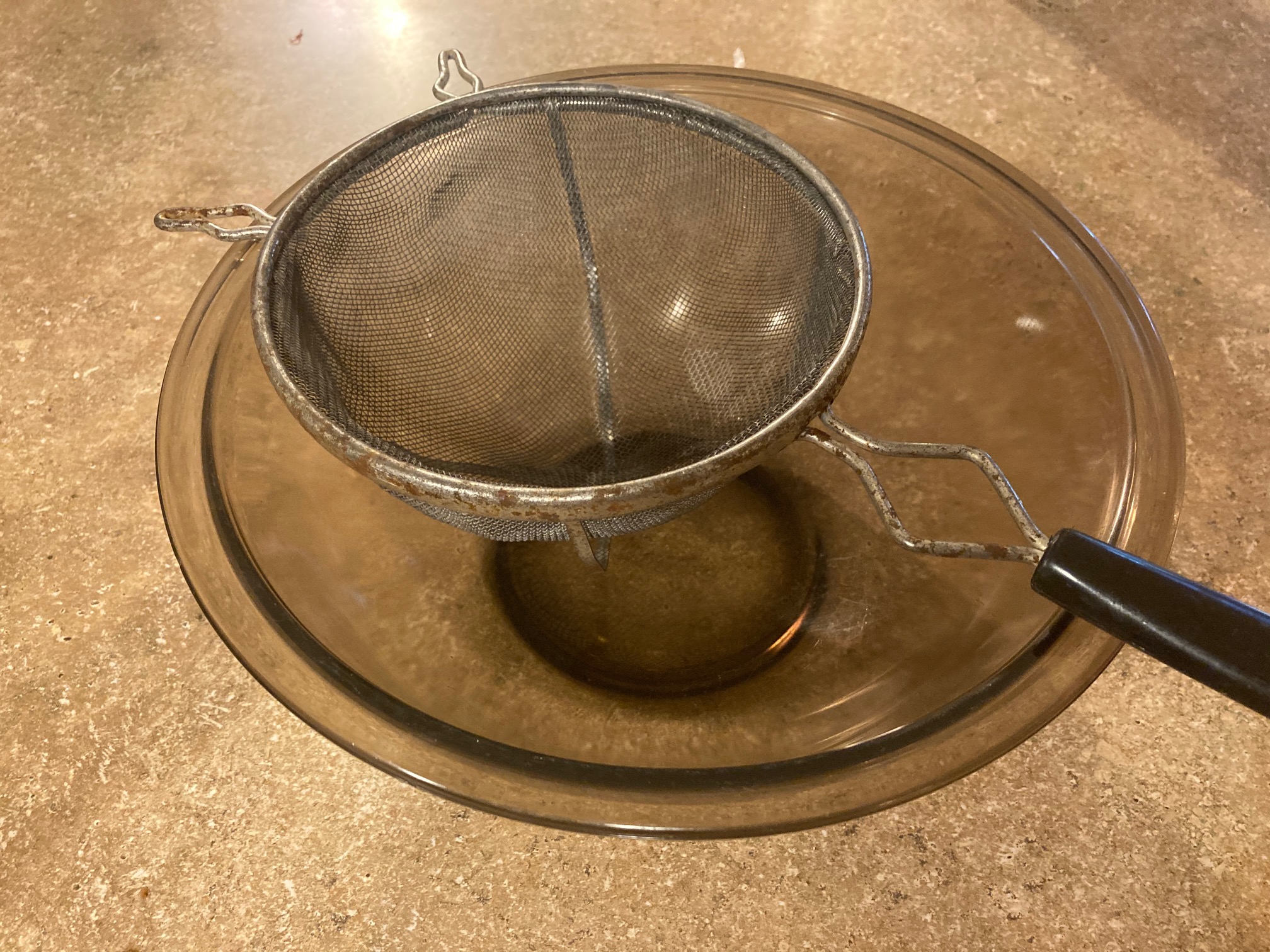 After I collected two cups of raspberry goo, I plopped it into a sauce pan. I then got out some cornstarch and sugar. I know that I am an American, and as such am going to be stereotyped as a creature whose desserts are so saturated in sugar that I might as well just slurp some corn syrup through a straw, oh wait, that's Mountain Dew...Anyway, I wanted the tart raspberry gloriousness to shine through, so I went easy on the sugar and whisked some cornstarch into the sweetener before adding it to the raspberry goo. 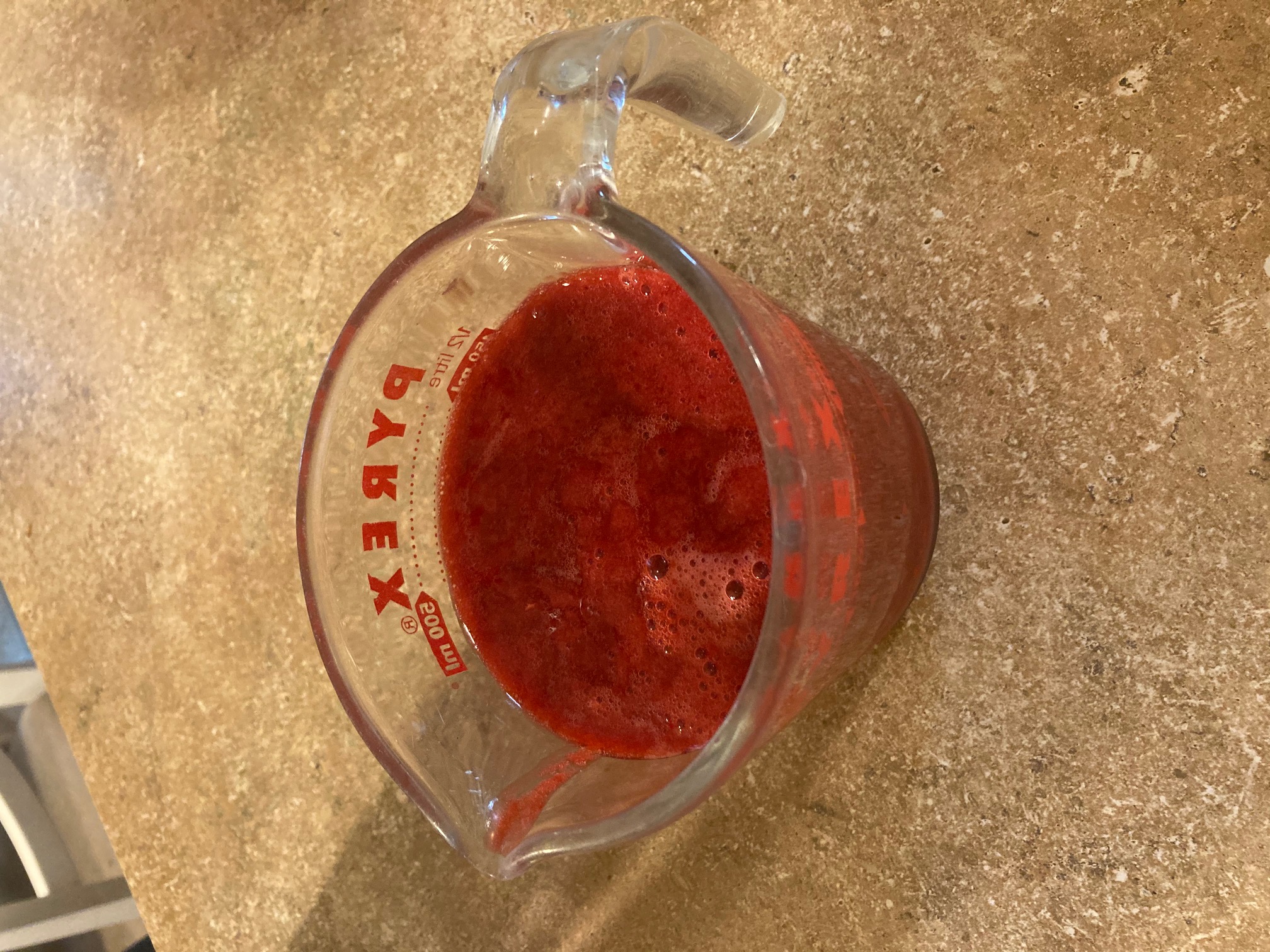 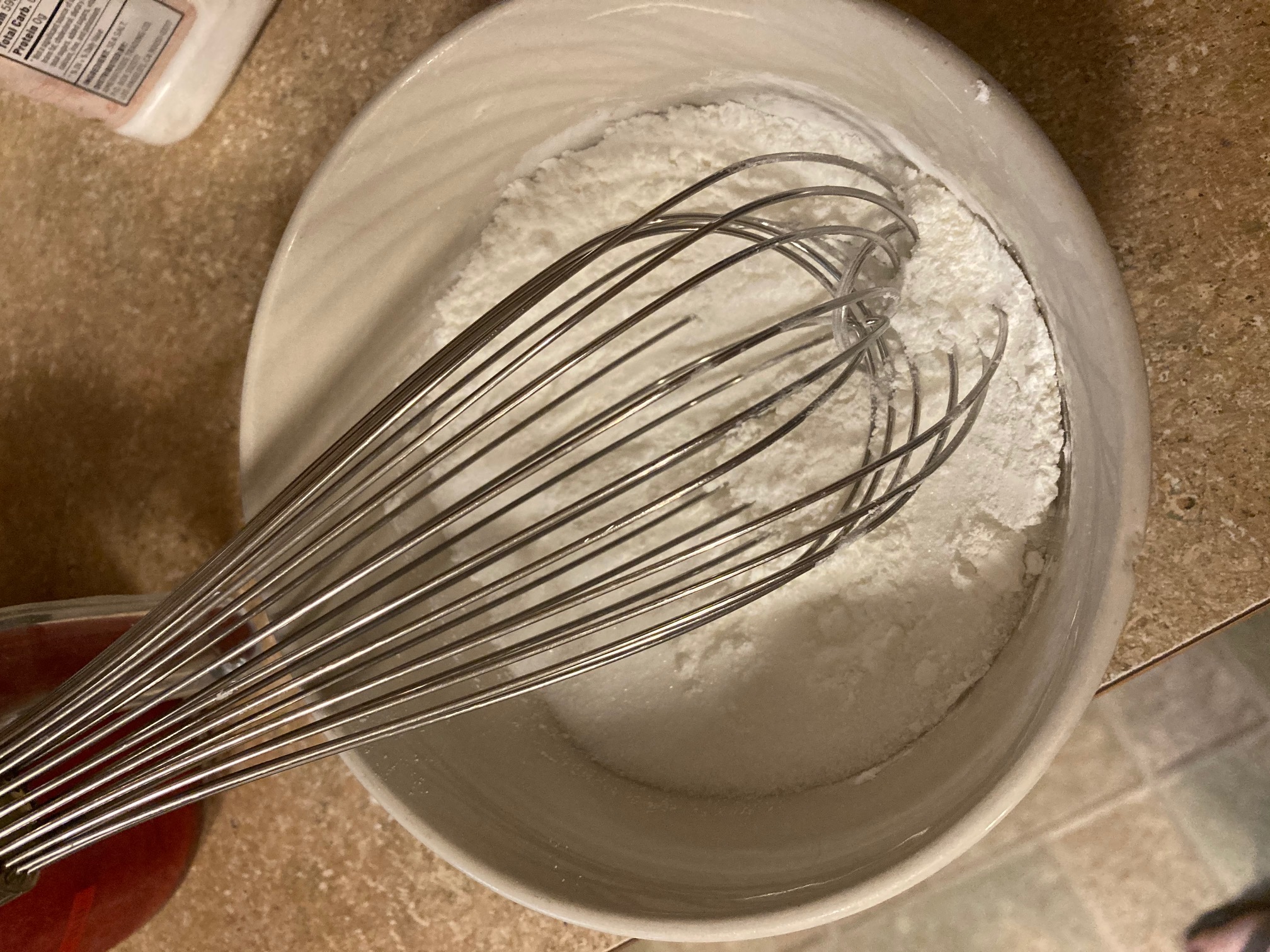 Darn. Now my brain is in a ear worm loop. Sigh. Okay, back at it. I also added lemon juice and a bit of water to my filling, turned the heat up to medium, and whisked the goo until it bubbled, thickened, and looked like filling. Filling will darken as it cooks a bit, I tend to go by color when I am making fillings, for the fruit goes from Whoa bright to dark and mysterious in a few minutes. Just keep whisking and keep your heat on medium or it will become scorched and looks like a good chunk of the West coast:( 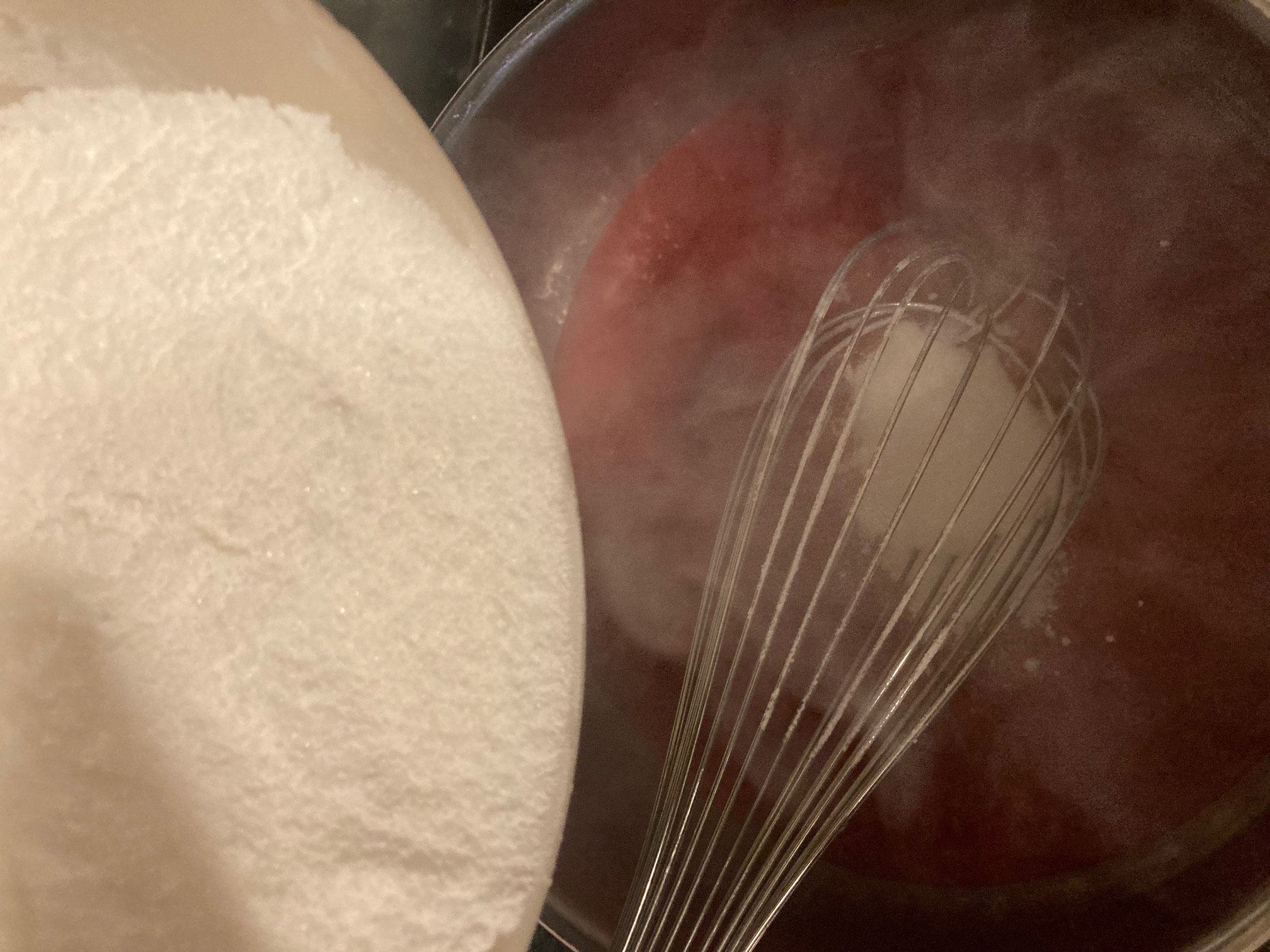 And that my friends is that. I ended up with a beautiful bowl of raspberry filling that is currently chilling in my fridge before being stuffed inside the two fudge cake rounds that I baked last night. Hope you enjoy!!

Next year, I will get to the raspberries in time....

Ha ha ha! I say that about something at least once a day, good luck with that my friend!:)

It's always fun to see how you make use of the raspberries that came from our patch. I need to do something more interesting with a few, other than throw them into smoothies, which is what I usually do. I've never been very confident about just winging it without a recipe, but I, too, have perused the internet for ideas and then successfully made something that incorporated ideas from several sources.

Smoothies are super good though, I use the raspberries on that type of food item quite frequently. Honestly though, they tend to get used in sauces and jams more than anything. I've ate some of your food craftings, so I think that you definitely underrate yourself in that winging it department:)

But did you taste something I made from a tried and true recipe, or had I winged it? Could make a big difference. Ha ha! Either way, I'll take your vote of confidence and run with it, thank you.

The best term for our type I have found is generalist since we have no particular specialization.

I have learned too many times over that I HAVE to put ziplock bags of frozen items into bowls to thaw since every one obtains a little hole on a corner and drains all the liquid contents into the fridge or onto the counter. Pumpkin can be terrible as a gallon ziplock can have 3-4 cups of water drain from it when it thaws. Not fun to clean up...

Honestly that would not have made it to the cake in our house, it would be devoured in transit across the kitchen. 😂

Ooh, I like that term generalist. I feel like I’m in some pretty good company.😊 Just think of all the problems the Generalist Society could solve!

I usually put my thawing ziplocks into a bowl to thaw, my laziness definitely reached out to bite me. You’d think I would have learned my lesson by now lol.

My husband tried to run off with the bowl of filling, I think its time on this earth is limited! 😆