fermentedphil (68)in #philosophy • 11 months ago

“The point being established is not merely that traditional cultures have more than one form of life [a set of linguistic rules and practices with specific procedures for judging the validity or otherwise of given claims] and, therefore, more than one paradigm of discourse. It is that all cultures do” (Sogolo 2003: 290). 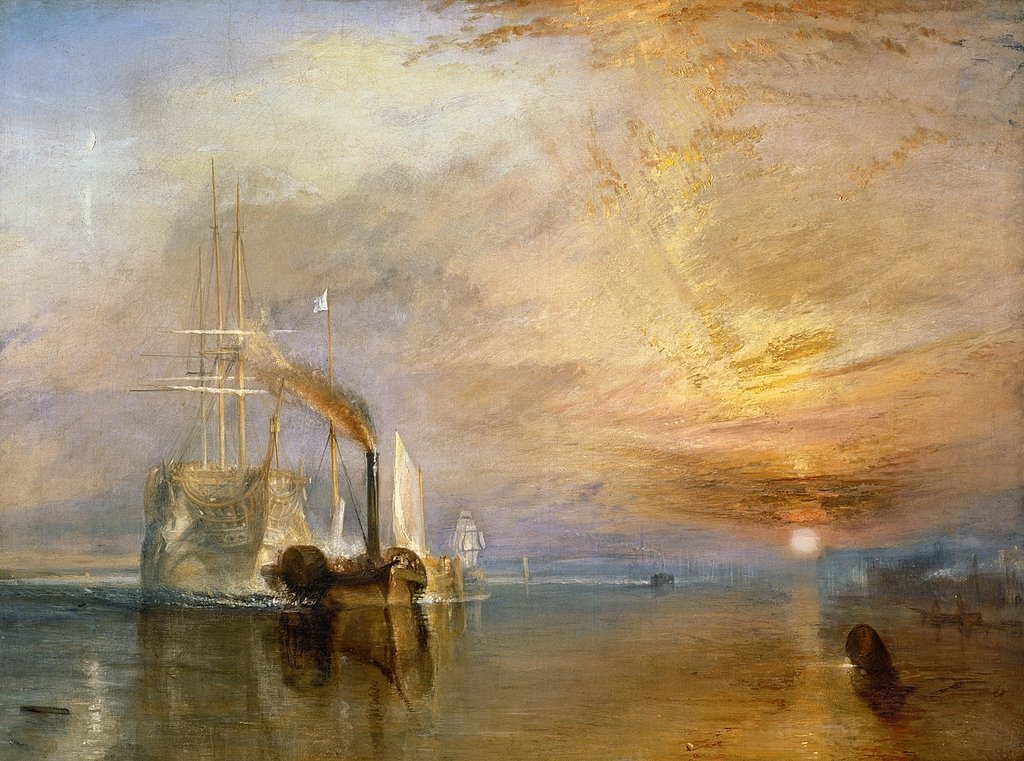 It is easy to mistake the Western conception of what it is to be human for the correct conception because it is mostly accepted as such. This is, in part, due to the Western acceptance of the Formal laws of logic, and it being the voice of Science and scientific knowledge. In other words, those who accept the laws of formal logic are the bearers of scientific and true knowledge. This is necessarily exclusionary. Everyone who does not adhere to the laws of formal logic, i.e. those who hold contradictions, are pre-logical and are not capable to have scientific knowledge. Godwin Sogolo’s text Logic and Rationality explores these problematic notions. He comes to two conclusions, firstly, that the Western perspective is not based on strict adherence to the laws of formal logic, and secondly, that we should adopt the principle of charity when we analyse other culture’s belief claims to avoid an extreme relativism. The article has two parts. The first part explores the laws of formal logic and how the non-adoption of this leads to the notion of Africans being pre-logical from a Western perspective. The second part is on beliefs and knowledge and how we need to adopt the principle of charity in order not to fall into extreme relativism.

The Western conception of what it is to be human is primarily influenced by Aristotle’s claim that we humans are rational animals. A further idea is that our thought patterns are governed by rationalism. Logic was thus seen to be a universal law. Hence, the idea that all human thoughts had to be tested against the laws of formal logic. Logic was thus seen as the “correct” way of thinking. We see the world in this way as well, and science’s progress can be ascribed to the adoption of the law of excluded middle. The law of excluded middle (i.e. if A = A, A cannot be non-A) comes from two other laws, namely, the law of identity (i.e. A = A) and the law of contradiction (i.e. A ≠ non-A). In other words, a thing should always equal itself, and a thing cannot be itself and something else to that thing. The law of excluded middle is, for example, if something is true it cannot also be untrue of that thing. Accordingly, an assumption originates from this: common sense conforms to the laws of formal logic. Thus, to be an intelligible thought it needs to conform to the laws of formal logic. 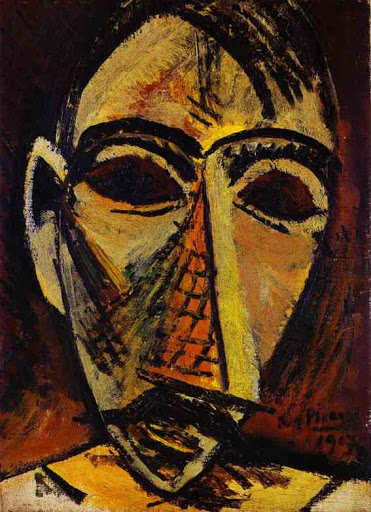 Sogolo introduces Lévy-Bruhl as someone who uses this way of viewing humans in an exclusionary way. Lévy-Bruhl differentiates between primitive and civilized mentality. Primitive mentality is characterized by pre-logical thoughts, it is uncritical and unscientific, and, of utmost importance for Sogolo, contains contradictions. On the other hand, civilized mentality is characterized by logical thoughts, it is critical and scientific, and it does not contain contradictions. The African’s thoughts do not meet the criteria to be of “civilized mentality” because it contains contradictions. Hence, following Lévy-Bruhl, it is not a matter of degree but rather one of “quality from those with logical minds” (Sogolo 2003: 288). In other words, the African’s mind is structurally different. Sogolo (2003: 288) states that this way of reasoning could have been seen as from an “obsolete thinker”, but prominent figures in African philosophy echoed Lévy-Bruhl’s sentiment. Senghor is such a thinker. Sogolo (2003: 289) states that

“Both insist that the traditional man’s reasoning is of a different sort because it is determined by mystical representations. So, what Lévy-Bruhl calls the logic of sentiments’ Senghor describes as ‘intuitive reason’.”

But there are attempts to de-link the African’s thoughts from irrationality or the prelogical connection. Sogolo introduces Winch as such a thinker. A distinction is made between universalism (i.e. Lévy-Bruhl) and relativism (i.e. Winch). One might, following the relativist’s position, ask from whose position is the African’s thoughts prelogical? From the logical perspective the African’s thoughts might be prelogical, but this is not a universalist position, according to Winch. There are different “forms of life” and they have their own internal criteria of what can be “logically intelligible”. “Magico-religious” beliefs can thus only be judged by its own criteria and in the contexts which they appear. Sogolo (2003: 290) also states that even Westerners inside the scientific context holds some of these “magico-religious” beliefs. Furthermore, “magico-religious” beliefs, unlike science, does not make truth statements about the world. To scientifically state that these beliefs are wrong, seems strange. Science has its own paradigm with rules and internal criteria.

After establishing that the Western mind can also occupy “magico-religious” beliefs, it is easy to see that there are also contradictions in the Western’s thoughts. There are thus dangers in trying to link African thought with difference; and there is also the problem of extreme relativism. How could different cultures even communicate if this extreme relativism is adopted? The structure of the African’s mind is simply the same. The difference is rather in the way the African and the Westerner “conceive of reality and explain objects and events” (Sogolo 2003: 291). Furthermore, is the law of excluded middle all that important? Normal discourse inside of the scientific community functions even with contradictions. Don’t we, for example, sometimes answer yes and no to a question, say that something is sometimes both true and not true? But not according to Hollis, another universalist thinker Sogolo introduces. Hollis holds that certain inferences are universal irrespective of relativist claims. If a culture does not follow this “cross-cultural understanding would be impossible” (Sogolo 2003: 292). He can thus not concede to the relativist position that some cultures did not discover or acquire the laws of logic. The only other option to hold is that the universal laws of logic are biological, but he cannot take this position. How would one even go about to prove this to be the case? Therefore, Sogolo (2003: 293) concludes this section that it is rather a socially accepted convention:

“However, logical rules, like other conventional rules, are drawn up for those who wish to play the logician’s game to learn and apply. Since they do govern most of our experimental world, as we tried to argue earlier, they cannot have a compelling force on all people.” 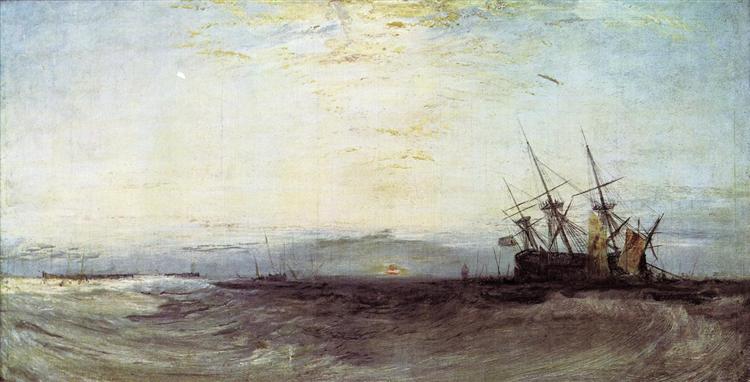 A distinction is often made between to know and to believe, or between knowledge and belief. To believe is not the same as to know. This might simply be due to linguistics of the English language, but to know some claim x entails to believe claim x, but not the other way around. Or in other words, to know is a firmer stance towards x than to believe x. Hence, to believe x does not mean to know that x. There is thus a one-way linear way of moving from beliefs to knowledge. One can also not hold knowledge and a belief simultaneously. If one believes that x, one cannot know that x. But it is said that the African sometimes holds both to know and to belief simultaneously. This is said to be a contradiction. However, for the African to make this distinction is not important. A more important distinction for the African is between the true and false. The truth and falsity of a claim is not universal. Instead, it is context and culturally dependant. This is thus an internal problem, “internal, that is to say, to the traditional person who lives by and confronts a world guided by these beliefs” (Sogolo 2003: 300).

However, the way one should judge the truth or falsity of a belief from the outside is problematic. In Western epistemology there are there are four sources of beliefs. The first three are said to be first-hand experiences. These are perception, self-consciousness and memory. The last is said to be second-hand experience. This is testimonial, which is also the least reliable source. Most of African beliefs stem from the latter. From a Western perspective, the truth of these beliefs is questioned. The reason can be gathered from the distinction Price makes between acceptance and belief (Sogolo 2003: 301). Belief, according to Price, is reasoned assent. Acceptance, on the other hand, is unreasoned absence of dissent, it is something one accepts without any doubt; it is almost a childlike adoption. The African, it is said, adopts beliefs in this acceptance fashion. There is thus a struggle to justify these beliefs when pushed upon it, or to justify it sufficiently in a Western way. The reasons the African can give why he or she accepts the beliefs may not be of satisfaction to the Westerner. Or they had no choice, it was adopted by their society, thus they also adopt the beliefs. But Sogolo (2003: 303) states that this is also present in Western societies. He continues:

“it is clear how complex the question of the truth or falsity of beliefs is, particularly across cultures. In any culture, people do believe not just what is mistaken or foolish but even what is absurd and unintelligible. For this reason the tempting inclination is to abandon all questions about the possibility of any universal criteria for the truth of people’s beliefs. But this can only be done at great cost. There is the necessity for communication between cultures and this in turn calls for some standards, no matter how loose, by which people of one culture can understand people of another culture.”

Therefore, Sogolo (2003: 303) states that we should adopt the principle of charity when the truth-status of other cultures are assessed. One should be “maximally charitable”. One reason for this is not to fall into the extreme relativism which Winch called for. One might still be critical about the truth of other cultures’ accepted beliefs, but this still needs to be done with respect. 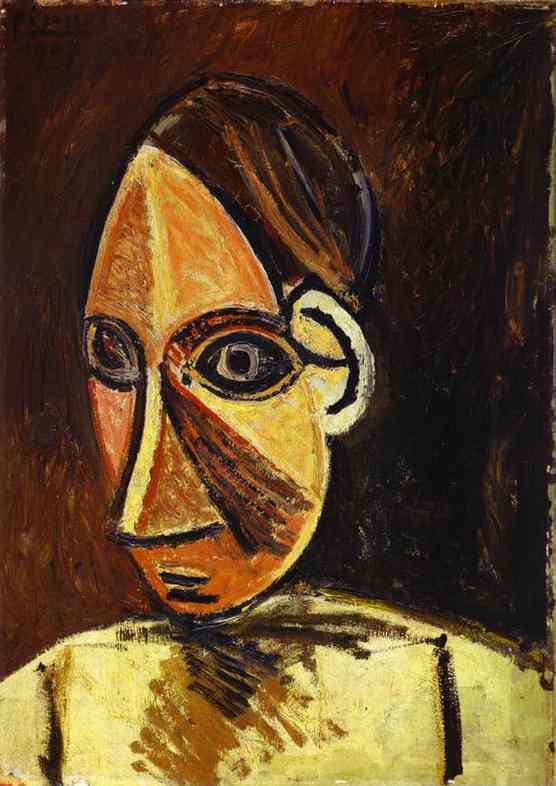 “The difference lies in the ways the two societies conceive of reality and explain objects and events. This is so because they live different forms of life. And it is for this reason alone that an intelligible analysis of African thought demands the application of its own universe of discourse, its own logic, and its own criteria of rationality.” (Sogolo 2003: 291).

Sogolo avoids the relativism of Winch by adopting a mild version of relativism. This equates to the principle of charity and that the “primary task of the African philosopher is to fashion out these unique working tools with which to unearth the complexities of the social form that confronts him/her” (Sogolo 2003: 291). This also gets rid of the idea of a universal perspective of logic which is the only way to true knowledge. In other words, with this mild form of relativism, Sogolo can get rid of this universal perspective which classifies the African as prelogical. Different groups have their own criteria of what constitutes true beliefs or knowledge. The outside perspective of Western logic which seeks to give a scientific worldview is not even a perspective most Westerners adopt. How can this then be a universal perspective from which to critique only a certain group?

Thank you so much for letting me know about this! I really appreciate it.