My First Impressions on Eleceed [Manhwa] 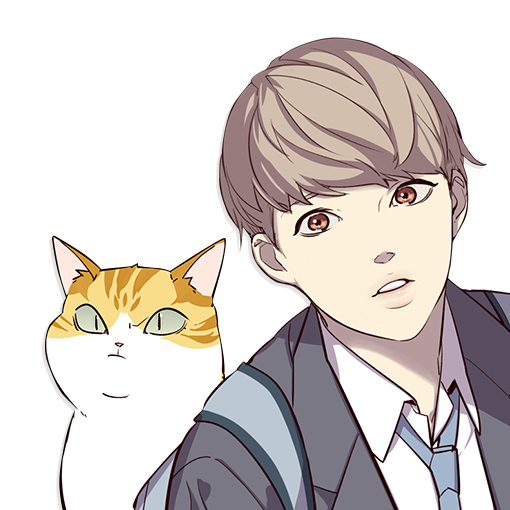 I'm now at chapter 37 of Eleceed and it's been quite a ride. Story is unique, great dose of comedy and some exceptional fight scenes here and there. But there's a problem, I'm getting some yaoi vibes and it's getting more pronounce as I continue with the chapters. This will be a short review, maybe you can take it as some sort of first impression. Like I said I'm only still at chapter 37 and there are already 140ish chapters out now translated in English. 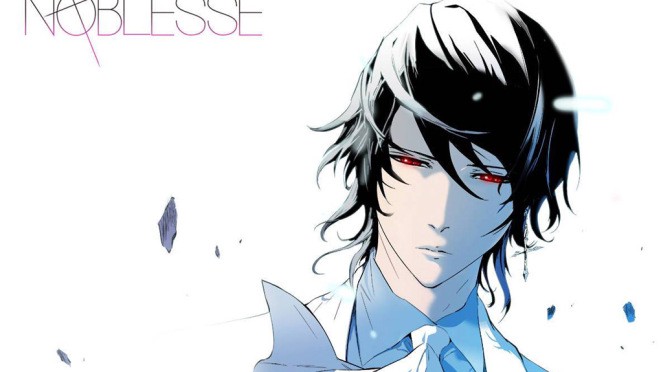 There are many positive reviews about Eleceed that we can find on the web. The author is the same one who penned Noblesse. I really like everything about Noblesse except for the ending. It's one of the first manhwa that I finished reading a few years ago. It's great but I'm quite disappointed on how it ended. If I ever decided to continue reading Eleceed I'm expecting more from the author (Son Je Ho), especially on the latter part of the series. I see that the plot for Eleceed is building up pretty well. I see that connections between characters meticulously woven since the earliest chapters and I'm positive that it will just get better. Structurally, it gave me the same vibes as Noblesse. In Noblesse, the trigger was the noblest of vampires, now in Eleceed we have the best of the awakened beings albeit transformed into a big fat cat. Hopefully, the end will be satisfying and not fall short, I do not want to see a collapse in this one. It would be frustrating. 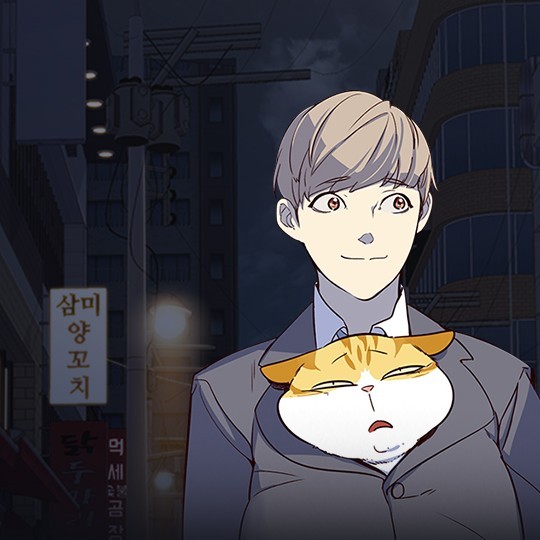 The focal point of Eleceed's humor is Kaiden in fat cat form, and the dumbness of the MC (Jiwoo) only acts as a complement. In Son Je Ho's Noblesse, the humor and the lightness come from the supporting characters a mix with the otherworldliness of Cadis Etrama Di Raizel. It's a great combination of someone so nonchalant surrounded by companions with different levels of liveliness.

Both Eleceed's Kaiden and Noblesse's Raizel are true reprensatatives of OPness in their respective series, both also have their powers restricted through different means. In Raizel's case, he was put to slumber for 820 years because of his intense fight with the werewolf lord Muzaka. In Kaiden's case he was so badly injured being ganged up by his enemies and has no choice but to polymorph as a big fat cat to avoid his pursuers and also to recuperate.

Because of just one cat, Eleceed became a much lighter read than Noblesse. I know that there are also some elements to consider like the setting for example. Noblesse is centered on the power structure and hierarchy of the fantastical society of vampires, werewolves and superhumans. And although there are high schoolers directly involved with the main character we can't deny that most highlights for Noblesse are the intense fight scenes which showcase the unfathomable powers, especially of the vampire side. Eleceed is different because it focuses on the younger characters improvement and relationships. Yes, there are certainly different powerful organizations involve which creates a serious atmosphere once in a while but most of what I've read so far is a youngster's search for self improvement with the help of his overpowered cat mentor.

The expressions made by Kaiden in cat form is priceless comedy, something any type of reader would agree.

Yaoi vibes and males with pouty lips, Is Eleceed's art a disaster for manly readers? 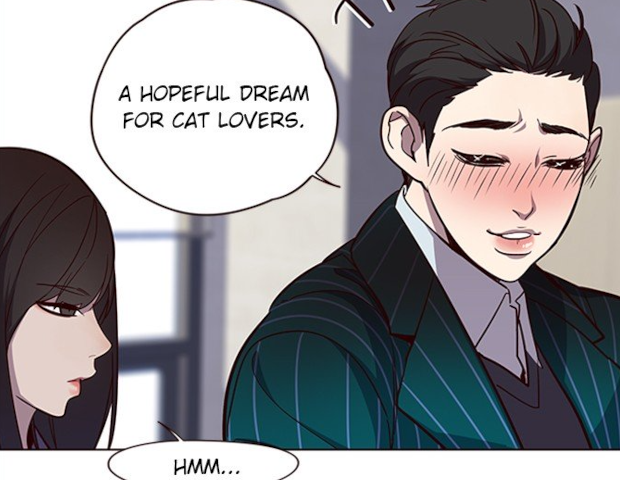 Even after just reading 37 chapters I'm convinced that Eleceed is certainly a top tier read in the manhwa category. I'm still on the early parts but I can see that there are already instances of Jiwoo's and Kaiden's character developing. For Jiwoo it starts when he find people who will accept him, companions that he wouldn't need to hide who he really is. The powers that seems to chain him for years are now being accepted by someone. For Kaiden, it's finding out the simple joys of life. He who have everything from the beginning is slowly adapting in an unfamiliar world of mortals and common sense, though I bet he still has more common sense than Jiwoo.

I'm already foreseeing a great character development even in the future. My latest read was when they're playing cards in the hospital and that pretty much cemented who the supporting characters would be.

Plot is definitely great. Story is in medium pace right now after the two minor arcs (experiment incident and fight between two supports). It's engaging and definitely worth reading, at least for now. The art is one of the cleanest I've seen so far, it's being illustrated by Zhena the one who is also responsible for drawing The Girls of the Wild. Zhena is a wonderful and very talented artist, one of the best when it comes to depicting those crazy fight scenes. I had lots of fun with the action in The Girls of the Wild and same here with Eleceed. But there's quite a problem, the facial expression. Zhena overly emphasizes on the facial structure (i.e. the lips) which is not bad in a sense.

In TGOTW, most of the characters are female so emphasizing beauty through vibrant facial expressions was undoubtedly effective, it added that certain level of sweetness. But I'm really torn how to accept that in Eleceed. In a story where most characters are male it's quite shocking for me to see pink pouty lips, blushes and crystal clear eyes on almost every major character. I know, I went to a forum anonymously and complained that it gave yaoi vibes and you know what happened I got owned by users most of which are females simping on the characters. It's disturbing for me, I mean I have fun reading some shoujo but this type of art plastered on manly characters get on my nerves somehow. The interactions between characters (most man to man) are 'too soft' for my taste. I know that the author is building up connections but I can't help it. It makes me uneasy. 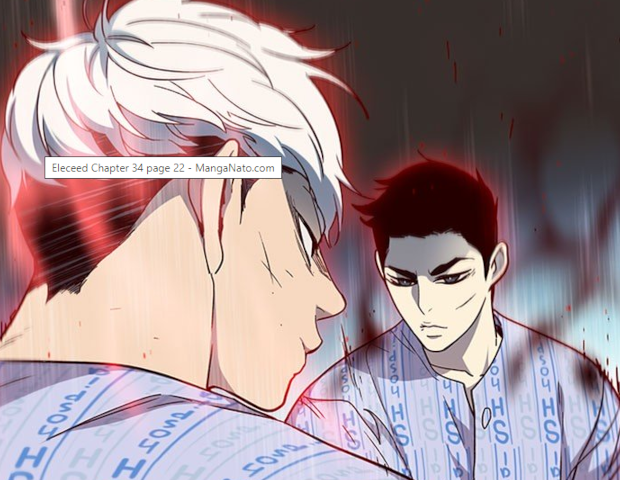 All in all I like Eleceed and there's no doubt that it's top tier in it's class. Aside from the disturbing art on facial like the pink pouty lips and the sense of bromance here and there there's nothing much for me to complain. Oh, I remember, maybe adding some female characters would be cool to balance things out, almost 40 chapters and I've only seen a single female character.

Eleceed is a great read and girls especially would really love it. If you're not easily bothered by the overuse of embellishments on facial expressions then this would be a great read for you. Easy 9.5/10 overall for me.

Disclaimer:
Images are not mine, they are from the webtoon and are only used for illustration purposes.