draicor (56)in #splinterlands • 8 months ago
Good night hivers!
For this week's art contest I wanted to do something different, something more.. I spent a few days working on an animation sequence in pixel art. I was going to submit this the past week, but it wasn't ready so I decided to submit something else. I managed to finish it today, finally. Initially I was going to do something entirely different but the amount of work and my lack of experience in pixel art, I found it overwhelming, either way, I did the best I could so, I hope you guys like it.

This is a 27 frames (drawings) sequence made in Aseprite, of the Black Dragon card and the Silvershield Knight from the Dragon and Life splinters, with the volcano from the splinterlands wallpaper.
I wouldn't know how to name or describe this picture, but I see it as "moments before the fight starts"... All is missing is the lelele lelelelele song from the witcher 3 (just kidding lol).
It took me about 9 days on and off working on this, I don't know how much time it was in hours, but I learned a lot, and I'm grateful for it.

I'm going to post a few gif files of how the work started and how it progressed.

On the first day, I drew the basic sketch of the dragon (heavily inspired by one of the Game of Thrones scene). The head, neck and legs were all over the place, doing animation is a lot harder than I thought.

The next day, I worked a few hours to improve the neck and also drew the head. I spent an hour or two trying to draw the bones from the spine behind the head but I couldn't, the neck moves so much between frames and drawing all those angles was driving me crazy.

I moved on to the legs, I got a lot to learn still, I wasn't satisfied with how they turned out, but I'm sure I'll get better, eventually. I also worked a bit on the tail.

After I finished the dragon, I removed the guidelines and colored it a bit. At first, my initial idea was to have the dragon breath some fire into the splinterlands logo and have the logo light up every now and then, but the fire, I think I wasn't ready to try that yet.

Thats when I decided to add a background, I started looking at some examples online on how to draw a gradient, and I came out with this. 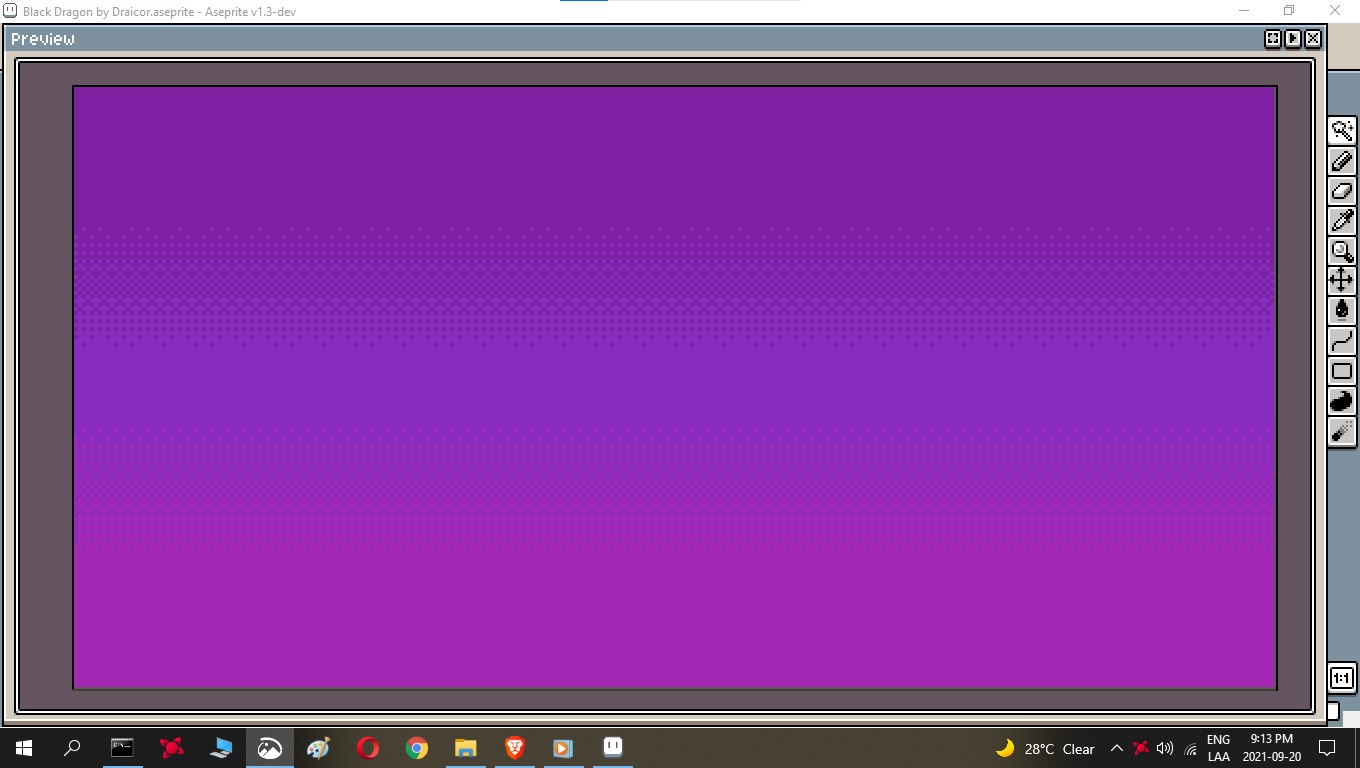 After all that, I added a land with a neat grass animation that moves with the dragon wings.

On the sixth day, I added a moon on the background and also the volcano.

I chose the knight to face the mighty dragon, and then I added animation to the horse reigns and tail, the knight's helmet and feet and I also added the cape.

This is a screenshot of some of the layers and frames I used, any slight change into the drawing, gets complicated. I hope I can learn to design in a 3d modeling software, I guess at least animating should get easier that way. 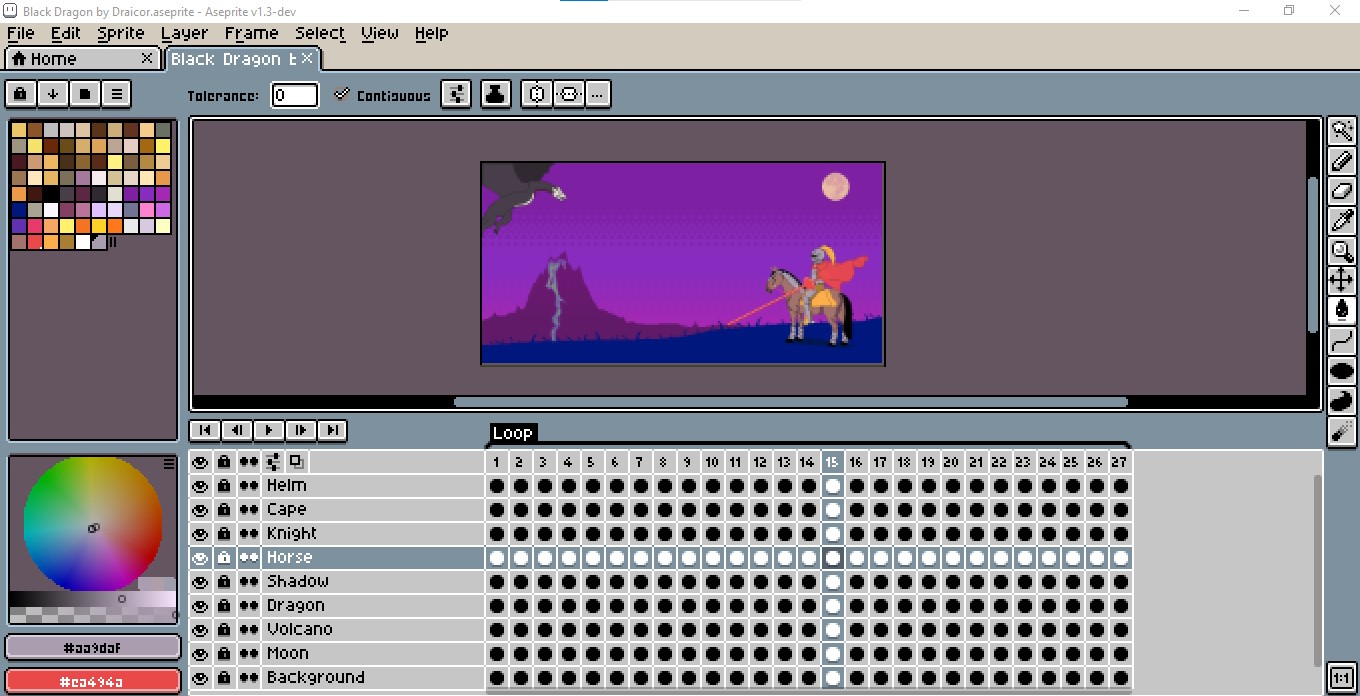 Finally, I added the splinterlands logo and animated it as well with the flashy effect and added a second color to the grass and a few stars on the night sky too.

Thanks for reading, if you want to support me please leave an upvote, and if you have any suggestions or tips for me, I would love to read them in the comments, thanks!

If you haven't played #splinterlands yet and want to give it a try, you could register here.

That is really wonderful work. I love the animation, it flows real nicely. Grat job!

Very cool! Has that retro look that I love!