hiveborgminer (45)in #splinterlands • 5 months ago

That's right, just finished Season is only my second in Splinterlands. That's how much I'm greenhorn here. And being greenhorn is not easy but sometimes when I realized what I did made me lol, literally.

In my first Season I got only 5 chests and one card Twilight Basilisk and the rest of it you can read more about it in this post.

So now I played really as much as I could and I was so happy when my Rating crossed over the limit to be in Bronze II League. But then I realized Rating is not enough you need Power also. That's how noob I am :)

Read more about it and find out I can actually rent card and get enough power. That's exactly what I did because I really wanted to see what next level holds for me. I rented the card the last day of the Season because I didn't have a lot of DEC (transferred some tokens from Raising Star in order to be able to get a card).

In the end I managed to get to Bronze II and got 7 loot chests. 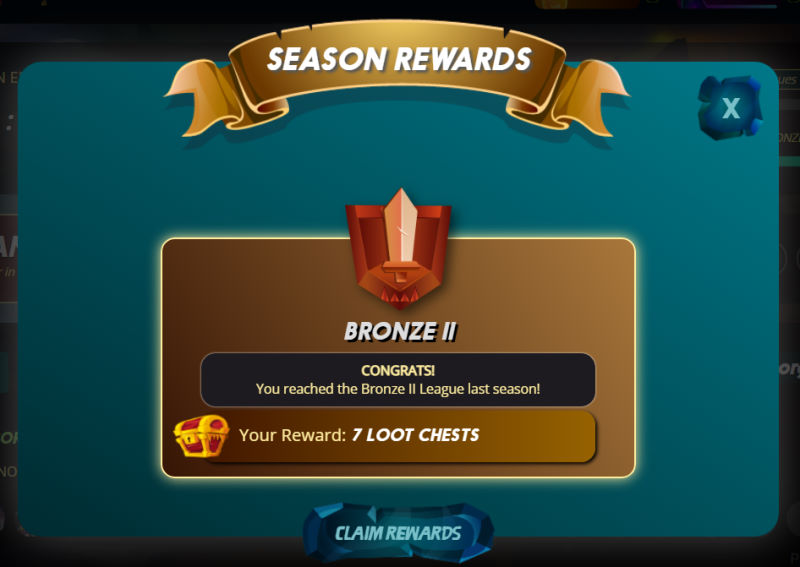 However I didn't make it to play some games before end of Season and win DEC, but never mind. With my spare tokens from Hive engine I got few cards and I'm starting to build my own collection. First I went to cheapest ones and got few of them Venari Heatsmith, Pelacor Bandit, Gargoya Lion etc. Most basic ones.

I also combines 14 Pelacor Mercenary cards and upgraded to level 3. That's my greatest success so far :)

Finally here is what I opened in my second Season loot. 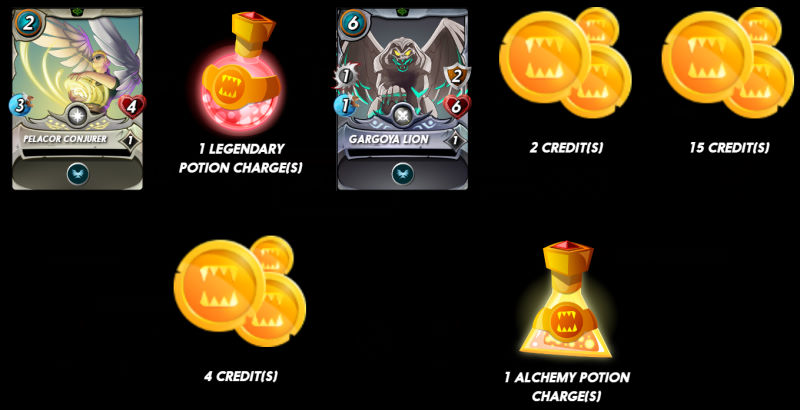 Since the card I rented was 7c this loot is a little bit below that, but nevermind I just wanted to see how it's like to open 7 chests.

I'm waiting for transaction from another game to be able to buy my fist Chaos Legion Pack. I'm curious what will I get. Got a question also about Mana Well. When I drag a pack to the Well will potions apply by themselves? Yeah I know. Noob. But would appreciate and answer.