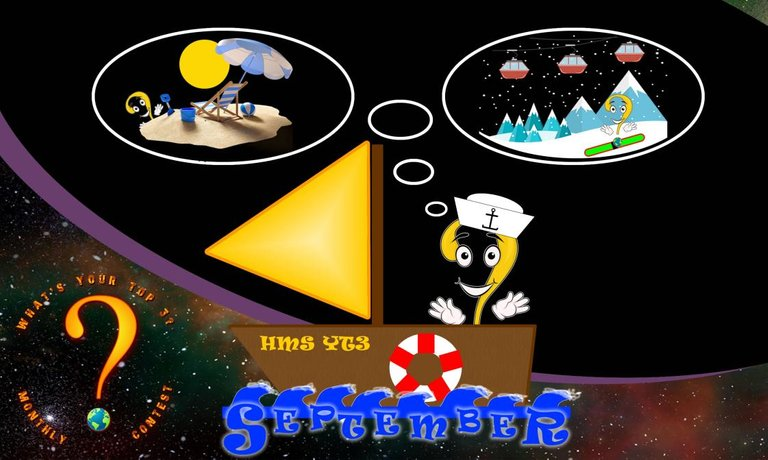 I have done a pretty decent amount of traveling in my life, I would not say a ton but definitely more than the average person. I have been to multiple countries and even lived in a few. But for my 3 destinations I am selecting places I have never been to and would definitely like to visit because they seem like fascinating places. Today Machu Picchu is a very popular tourist destination visited by many people. I would like to go because I find it interesting that in the year 1450 people were able to build such a massive structure on top of a 7,970 ft (2,430 m) mountain ridge. Most archaeologists believe this was an estate that was created for the Inca emperor Pachacuti. Probably a weekend getaway for royalty, and as the saying goes, whatever the emperor wants the emperor gets. So I am sure a lot of blood, sweat and tears went into building this architectural marvel with very little reward for the workers. Now 500 years later, it is still standing mostly intact as one of the greatest archaeological sites in the world. I have only been scuba diving a couple of times in my life and snorkeling many times, I enjoy both but snorkeling is just much easier, and the Great Barrier Reef is the best place in the world for both. The Great Barrier Reef is the largest collection of coral reefs in the world and has a size of about 1,400 miles. It is an easy choice for a travel destination since it is one of the Seven Wonders of the Natural World. If you enjoy nature and colorful fish this is the place to see! A big reason to visit sooner then later is due to global warming and warming ocean waters there could be large sections of the reef that could die off, I guess we will see what the future brings. This is an easy choice for anyone who enjoys nature and the outdoors. Yellowstone National Park spans an area of 3,468 square miles (8,983 km), comprising of lakes, canyons, rivers, and mountain ranges. It is the home of the Yellowstone Caldera, the largest supervolcano on the continent, which is considered a dormant volcano. Half of the world's geysers and hydrothermal features are in Yellowstone, they are fueled by the underground heat from this dormant volcano. It has erupted several times in the last two million years, so better hurry and visit because it will probably erupt again sometime in the future!

Fantastic choices. Macha Pichu is "up there" for me with Zimbabwe and places around the fertile crescent as well as the Med. When I was in Mallorca and visited the local castle, it was quite something to be standing in a place that had been built two millennia before...

As for your other two choices? Who could argue?

Yes, yes, and yes. Though Yellowstone is probably the only one we could actually visit right now. 😂

All three have amazing sceneries. Would love to be there myself.

There's still time to share your travel bucket list as well for the contest man (although the deadline is today - 9th September so not much time!)

Looking forward to seeing your choices!

Thanks, would love to be there too! :)

Hey, it’s Q here - the mascot of the Your Top 3 Contest - just swinging by to say thanks for these awesome suggestions for our contest this month! I've given you an upvote and logged your nominations, ready for the dpoll - keep an eye on my blog for the dpoll post!

Make sure you set your post payout to 50/50. You keep the HP and then transfer the HIVE and/or HBD (whichever is paid out at the time) to @yourtop3 with a link to your blog post entry in the transfer memo. This is the minimum entry fee, but you can add as much as you like to it! The more you add, the more you can win.There is no maximum entry fee.

Not sure how to find your post payout? Look in your Hive Wallet under Author Rewards to find the exact payout for your post. In the example below you would send the 0.011 HBD and 6.441 HIVE over to the @yourtop3 account as your entry fee. I take it from there and convert all of the prize pool to SBD for easy prize distribution at the end of the month! Hell yeah! These are some amazing places and I've only missed out on going to Machu Picchu on your list! The Great Barrier Reef is flipping awesome and some of the corals alone will blow your mind. I saw giant clams when I went snorkeling there in 2015 and it's sad to learn of the bleak future of the corals with such a vast amount of it on the brink...

Yellowstone is a beautiful place as well, have visited a few times and it's incredible. We've seen herds of hundreds of bison cross our path on the main road in to the park, we saw Brown Bears as well from a distance and the grand prismatic spring has some amazing colours!

Good luck in the contest!

Nice! Great to hear you have been to a couple of these awesome places :)

If I could vote, I think you would be getting three checked boxes from me, for sure.

I have not been to all three but all three are very much on my list.

I have teaching friends in Peru and they love it. They have also witnessed first hand the wonder of Machu Picchu. My buddy Simone said she was blown away by it and if she says that it's legit. She's a bit of and adrenaline junkie/travel and Himalayan mountains etc are her usual thing, when she was based in Thailand. She was even trapped on the mountain opposite Everest (begins with M but for the life of me I can't recall) because of a freak weather change and her team had to be rescued by Sherpas.

I'm an experienced scuba diver and The Great Barrier Reef is on the 'must do list'. I have dived in some prestigious dive sites but the TGBR is the king of dive sites.

I love visiting America but most of my visits are either east coast or north central. I would love the opportunity to expand that to other areas. The national parks are right up there in that.

Thanks! Yeah your friend definitely sounds like an adrenaline junkie :) maybe mount Makalu?