andrewmarkmusic (69)in #conspiracy • 2 years ago I think those numbers speak for themselves but I’ll just mention 8 symbolizes infinity and on the first pass, it’s hard not to miss the 9/19/91 thing.

I also know materialists say everything is simply coinky-dinky and that nothing means anything (pretty much) and that any inquiry along these lines is just a big pile of stinky woo-woo.

I’ll let you do your research on The Golden Ratio and The Fibonacci Sequence which may or may not be relevant to this post and I should add these are my own musings–so muse on them as you will within that context.

I was musing in 2018 about the 70th anniversary of the birth of the modern state of Israel and spoke publicly at the time about what they might give the world for its birthday and when nothing major happened I was surprised. But this week I noticed I may have miscalculated as the 12 might have been the better marker and 7 times 12 equals 72 which brings us to COVID in 2020 which is a major civilizational event–from 1948 to 2020 is 72 years which gives us that number 9 again.

Now interestingly, and this is a fact, COVID backward is DIVOC, and I now call it DIVOC- 91…But more interestingly is that DIVOC in Hebrew is DYBBUK which in their mythology is a demon that attaches itself to humans in similar ways that COVID attaches itself to cells in the body. Also, note the family of viruses called Carona which links to the idea of the sun–which I call the Sun-King in Gnosticism which is analogous to the Demiurge–so I call it the Demiurge virus. A side note here is the Akenaten/Moses theory as ole Aken was the first to bring the idea of (sun-worship) monotheism to the world–coincidences all around:_P

Now if we take 91-years off 2020 we get 1929 which was the ‘great’ crash of Wall St. I’ve asked why and who is doing the naming here as it’s never great for the victims when these civilizational psy-ops are enacted by the archons.

The two-letter blend EL is the last syllable in IS RA EL which is a Caananite God and I’ve pointed out that Yahweh sure liked naming things after his arch-enemies– but EL is also used to reference Saturn which is likely where we get the Sabbath from–Saturday–Sat oshi, too:_P. Saturns transit is 29-years and 29-years back from 2001 takes us to the petroleum crash of 1972 and I still remember the line-ups for gas even though I was only 12. No small amount of financial damage was done to the common people during that hissy fit! 29-years ahead of 2001 takes us to Agenda 2030. Now I must say right off that the current Great Reset as posited by the usual-suspects in the alt-media is bullshit misdirection in my opinion, but I won’t get into that here other than to say that what these actors are espousing isn’t going to happen.

Okay, so I’m showing you my complete amateurism in the field of Gematria and that is something I can live with. Perhaps a tad of seasonal ennui is hitting me and this gives my chemically imbalanced brain something to do!

In my upcoming 12-part (haha) Winter Solstice Golden Rule series I’m going to attempt to fuse in the idea of Neo-homesteading as part of a sane solution to our present toxic and predatory economic model. A part of that is educating folks out there about the diffrence/s between voluntaryism and coercion. 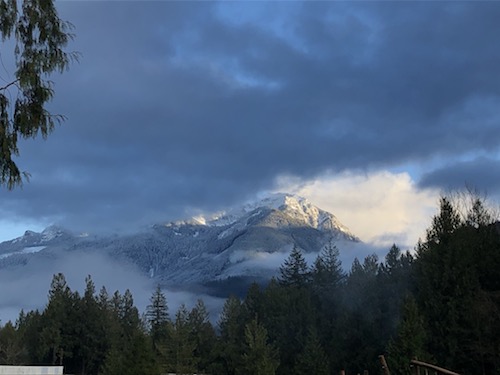 I should note that there are those who say Akenaten was actually creating a religion around Mars and not the sun. I'd think this interpretation is the E.T. one because it says there are pyramids on Mars ad that the Jews (Pharaohs) are in reality the descendants of that alien race...Could be but it's not my view.