Covid-19 Vaccination Passports: Airlines starting to require them for passengers to fly (and how it will further decimate their industry) 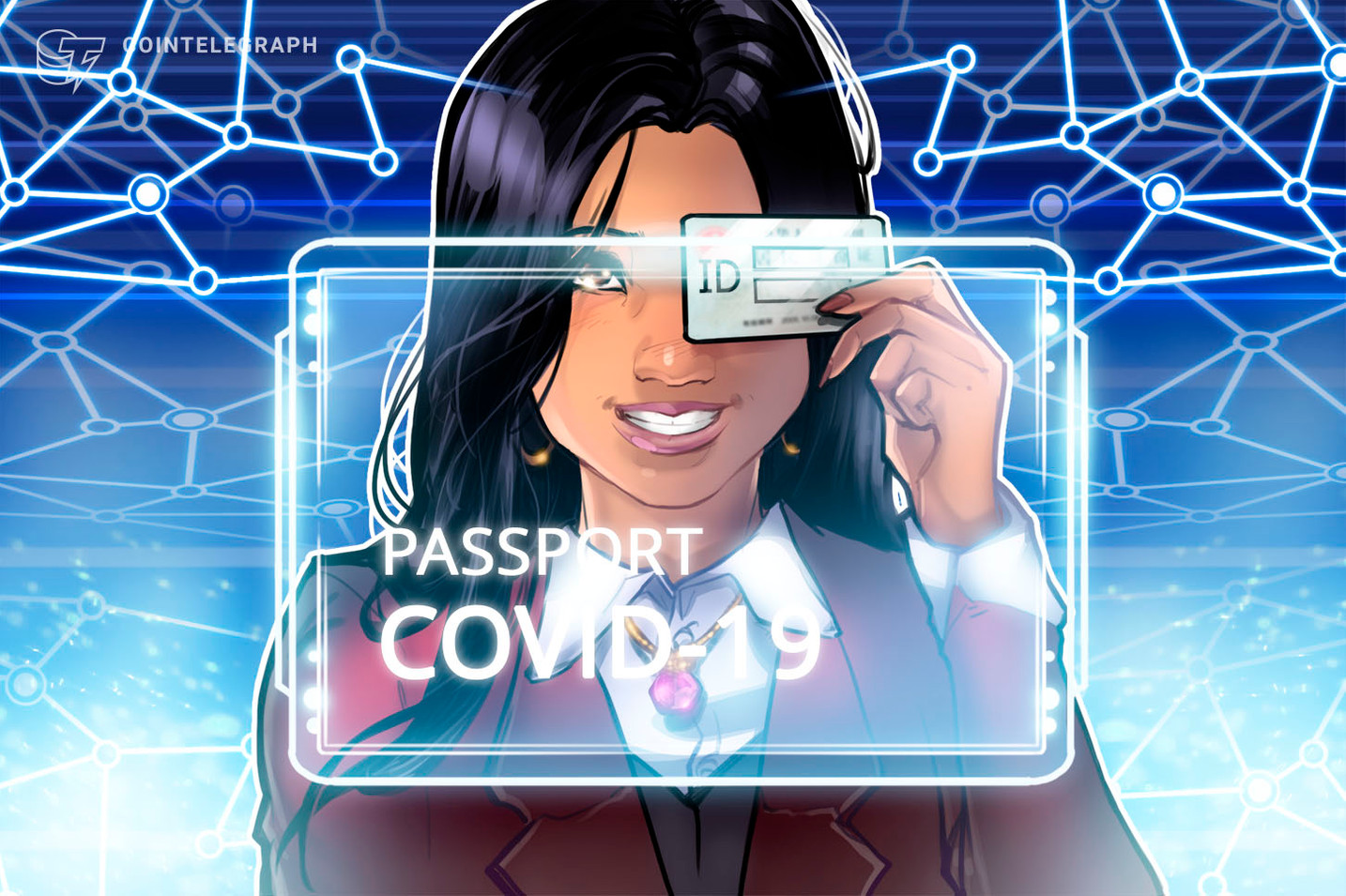 Covid-19 Vaccination Passports: Airlines starting to require them for passengers to fly (and how it will further decimate their industry)

Well, here we go again full steam ahead. It was just a little over week that made a post entitled Covid-19 Vaccination Status Passports: Collusion between Microsoft, Big-Tech, the Rockefeller Foundation and here we are already with the IATA and key airlines such as Emirates and Etihad essentially starting to force passengers to submit their Covid-19 vaccination status as a prerequisite to boarding flights.

What is slightly different now is how deceptively they are pushing for this "new normal" measure as means for passengers to "securely own" their private information about their Covid-19 (and other health-related) status via the blockchain. Ahhh, how convenient of you!

What a bunch of crap and I will prove it hereunder.

According to a recent Cointelegraph article entitled Blockchain-based COVID-19 passports to begin trials in Q1, Blockchain-based digital passports containing a traveler’s COVID-19 testing and vaccination status will begin as pilot programs in the next month.

Thought the word "pilot" program is used (perhaps ironically) in this and related articles and press releases, we know that similarly to government "pilot" programs, they fully intend to commit to them regardless of what people really think and feel about them.

Here are some key highlights from the piece [emphasis added]:

Testing is one thing but vaccination - the ultimate goal of all this sham, is a hell of a lot more significant (more on that later in this post).

In a move that IATA says has the potential to reopen international travel and loosen current global quarantine restrictions, a “health” passport will be stored in a user’s smartphone in the form of an app, with the first real-world testing expected to take place as soon as February.

Two things about this passage. First, this is an obvious and blatant application of the mind-control technique known as Problem-Reaction-Solution.

That is to say, they present the 'Problem', i.e., the highly disruptive and annoying air travel restrictions along with the inconvenience of quarantines (which are actually maliciously imposed in the first place) gets solved ('Solution') with the digital passport.

Now, aren't they our noble saviors?

The next part in that passage "a “health” passport will be stored in a user’s smartphone in the form of an app".

People are so used to using their smartphones and they want to make it as trivial as paying for goods we very often do using the same device. It's as simple as scanning your QR code!

DANGER: But here is where another huge danger lies:

Known as the IATA Travel Pass and described as a way to give travelers complete control over their own data, the app would reportedly also act as a two-way communication tool that broadcasts information to relevant governments, vaccination centers and airlines.

First, they mention their 'Travel Pass' (the official name for the APP) as a way to give travelers "complete control" over their own data.

I call total 100% bullshit on this as in the same sentence they literally say that user data would be "communicated directly to governments, vaccination centers and airlines."

Do they really think people are that gullible and stupid? 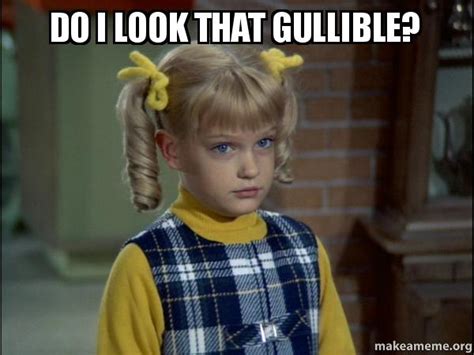 I guess they do.

I've warned about this kind of health privacy infringement and medical tyranny in previous posts; click my last post to access my four related posts on the subject. But let's move on to other key parts of the Cointelegraph article:

Four major airlines have signed up for the program thus far. Singapore Airlines and British Airways plan to begin the first phase of testing in February, while Etihad and Emirates currently forecast an April launch date.

British Airways doesn't surprise me, as Britain is the epicenter of this entire Scamdemic fraud and I've extensively documented their push for such kinds of health passports and use of centralized health databases that are ripe for so many kinds of abuses by so many potentially malicious actors.

And for Etihad & Emirates - two major carriers - it's alarming to say the least. Emirates, with its international hub Dubai International Airport has a huge amount of influence over other carriers since it connects flights from all around the world, particularly between Asia & Europe which accounts for a huge chunk of airline passengers.

I personally know a flight attendant from Etihad and communicated these concerns to her; sadly, she and others at the airlines say they have no influence at all and that "all airlines are gonna be doing this".

With such a "sheeple" sentiment, there was not much use telling her that such measures are, more likely than not, to further decimate her industry since the vast majority of airline passengers have no intention of getting a Covid-19 vaccination (more on that later).

Alan Murray Hayden — head of airport, passenger and security products at IATA — praised the use of “powerful” blockchain technology in the scheme, adding that it was one of the few implementations of the technology to date that has a clear beneficial effect:

“This is the beauty of the technology we’re using; it puts the passenger in complete control of their data. There’s no central database and nobody can hack it. The passenger owns their data and they share it with the airline. It’s so powerful and it’s probably one of the first ever examples of blockchain technology being implemented in a way that benefits people.”

Again, this IATA useful idiot is deflecting from the real issue and instead praises the merits of having one's own medical information stored on a secure blockchain. While this is indeed possible, the larger issue is overlooked. He is really lying when he says this. When he states "...it puts the passenger in complete control of their data. There’s no central database and nobody can hack it." that is not true, as has been debunked above since they explicitly state that they communicate the information to (and from) governments and health authorities which would be stored in a centralized database.

“So, now passengers have three key things on their phone — their digital passports, test results and what we call an ‘okay to travel’. Passengers can then choose whether to share this data on the airline app. They will be prompted to submit their data and if they click on submit it will be sent to the airline. This is simple from a passenger perspective — literally with the click of a couple of buttons the airline now has all passenger’s details, and they’re 100% sure that the passenger is okay to fly.”

In case you don't have your Cracker Jack Box Decoder Ring handy, here is the key passage to cling onto - "Passengers can then choose whether to share this data on the airline app."

Let it be clear: if a passenger refuses to show their Covid-19 testing and vaccination status to the airline via the app, they will most certainly be refused entry/boarding onto the plane for their flight.

It's the same 'ol premise that they are using with regards to the actual Covid-19 vaccination. They know that, for the most part, they can't force people to vaccinate, but have nonetheless made it clear that they will be excluded from society (work, travel, going to the cinema, sports events, etc., etc.) should they refuse the toxic jab. That's the plan.

So, the same thing applies here. They will argue: "We are not forcing you to take the vaccination; that is entirely up to you."

But essentially, this still amounts to coercion, or more succinctly, medical tyranny.

Depriving people of a fundamental right to air travel amounts to an egregious breach of duty, ethics, and social responsibility.

The airlines and the IATA are all complicit in this evil.

Of all the Covid-Pass type schemes I've documented thus far, this Travel Pass (PDF) one from the IATA seems to be the one they are really aiming to rollout on a global scale.

With the power and influence of the International Air Transport Association (IATA) along with huge carriers such as British Airways, Emirates, Etihad, and Singapore Airlines, it seems to be just a matter of time before the other airlines are also on board, pardon the pun, with this tragedy.

Not to disgust any of you with the specifics, but here is how they will push this "Easy as 1, 2, 3" scheme onto the masses: 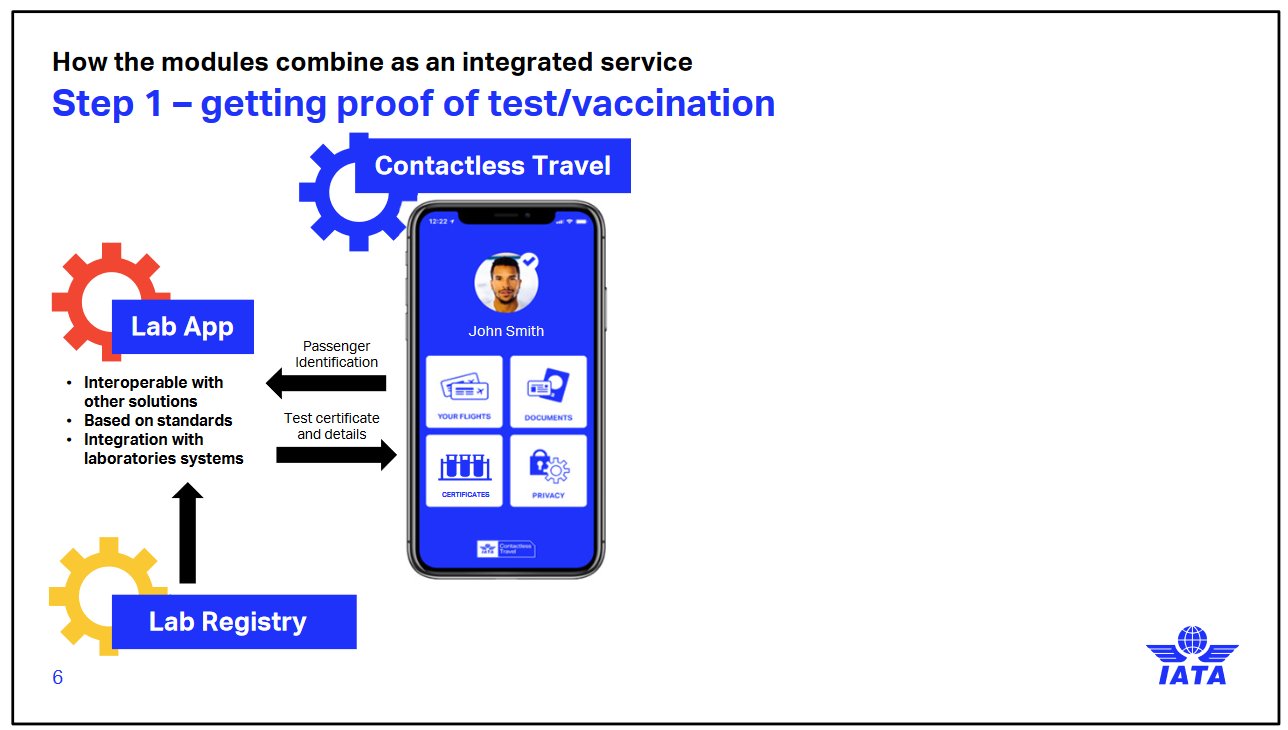 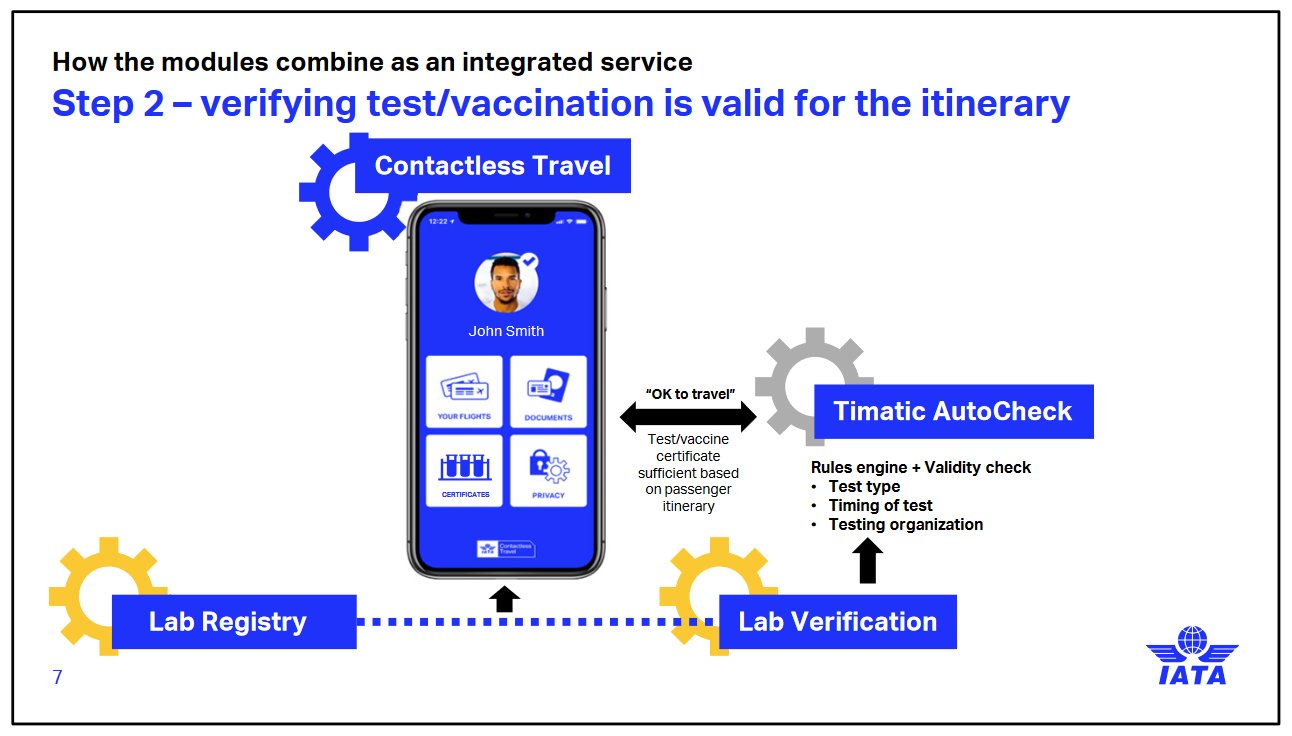 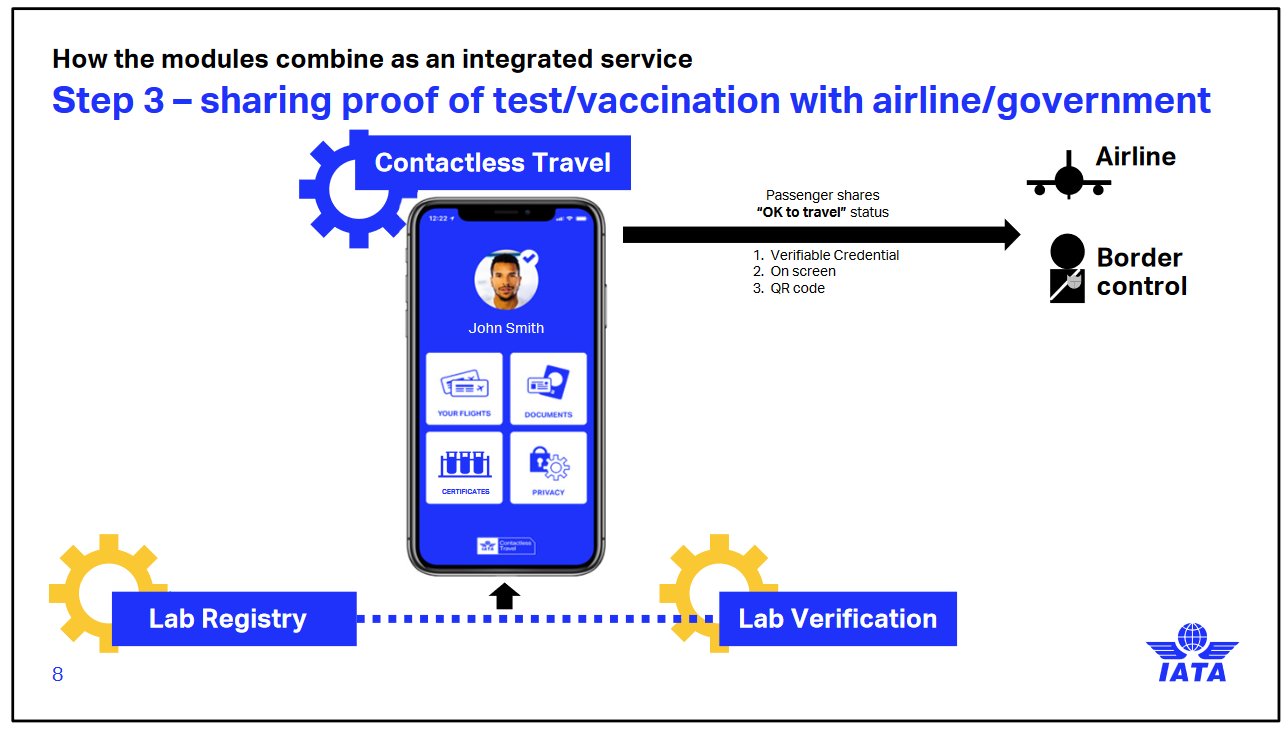 Airlines shooting themselves in the foot, securing their own demise

The whole Covid-19 scamdemic has been absolutely devastating to airline travel and to the airline (and tourism) industry as a whole.

What these people who think they are nobly helping to help abate this devastation don't seem to realize is how they are concurrently being employed as useful idiots and they will ultimately destroy their own industry.

They don't seem to have a clue that the masses are generally against getting any kind of Covid-19 vaccination.

Proof of this lies in the numerous reports about the current roll-outs of such vaccines and how their recipients are suffering from severe adverse effects (and even death) from it; there's no shortage of news about this on sites such as ZeroHedge and others.

This is also not to mention the fact that none of these vaccines actually cause the person who took it to not become infectious of the virus should they have it; this is clearly stated on the official documentation of the vaccine manufacturers. In other words, even if you get the vaccination and do catch the virus (which has happened to many), you could still be infectious despite receiving the jab. Such infected passengers could easily be let on airplanes.

As more proof the masses' reluctance to take the vaccine we need look no further than the World Vaccine Polls - The Official Thoughts of Covid-19 (https://www.worldvaccinepoll.com/): 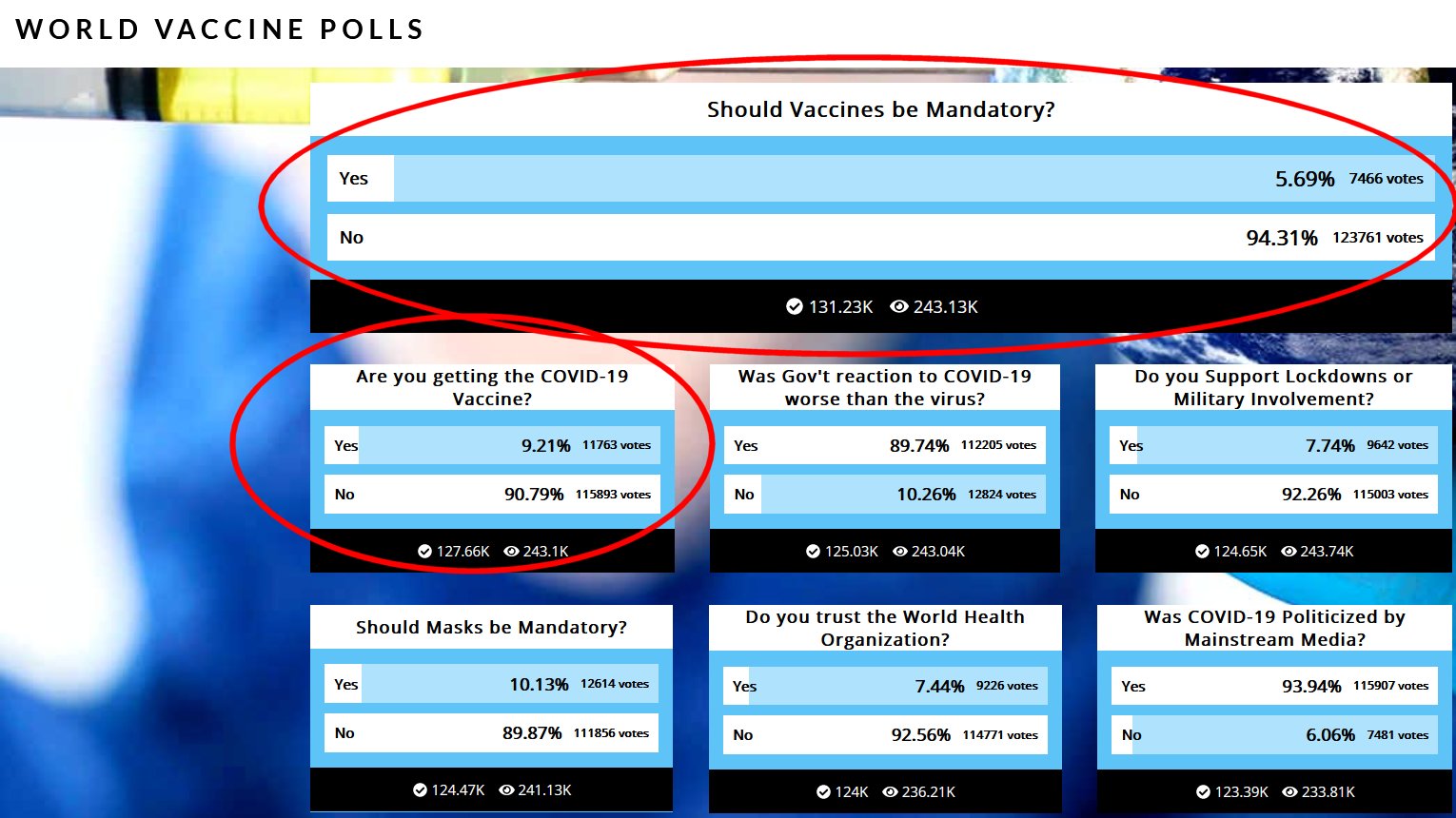 As you can see from the global survey, a whopping 90.79% of respondents expressed that they would NOT be getting the Covid-19 jab.

And 94.31% said that such vaccines should NOT be made mandatory.

Looking at these numbers, it is a little dumbfounding to ascertain as to why the IATA and major airline carriers would entertain such delusions that people will magically return to international travel when they would basically force them to vaccinate.

Clearly, there are a significant amount of travelers who will simply not go for it.

I guess they will learn the hard way when those Cash Flow Statements start bursting at the seams, creditors start calling, and bankruptcy filings get drafted.

Idiocy at its best.

If they actually end up stopping people flying that don't get vaccinated I hope these airlines go bust.

Indeed. Thanks for your input my friend.

Do they really think people are that gullible and stupid?

Correction; they know most people are really that gullible and stupid. Few people make those connections without them being pointed out, even some intelligent people. We're so used to sharing our information with government agencies, it's considered okay and safe to do so.

Right. Agree with you. And in China, where I am this is even more the case. The sheep follow blindly without question.